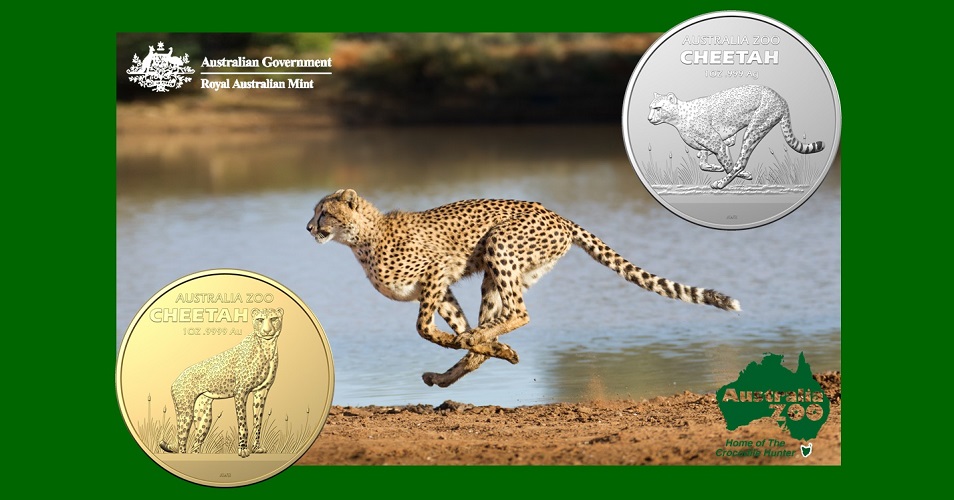 The Royal Australian Mint has released their second issue in the Australia “Zoo” series launched last year with a design highlighting the beauty of the Sumatran tiger. For 2021, the reverse side of the gold and silver bullion quality coins is dedicated to the cheetah. Belonging to one of the world’s most endangered species, these cats, with their own sub-species, are estimated to have fewer than 7,000 individuals in the wild. Native only to the continent of Africa and found mainly on the Sub-Saharan savannahs, the cheetah is the fastest land animal in the world and can reach up to 112 kilometres (nearly 70 miles) per hour in three seconds. The cheetah’s physique is all about speed, and with its slender body and long, thin legs they are particularly suited to high acceleration. Despite its size, the cheetah does not belong to the subspecies of big cats, such as lion and tiger, but to the subspecies of small cats. They hunt during the day, and, for this purpose, their markings feature black tear marks under their eyes which serve as an anti-glare effect. They can be recognised by their golden yellow fur, which is dotted with black spots. 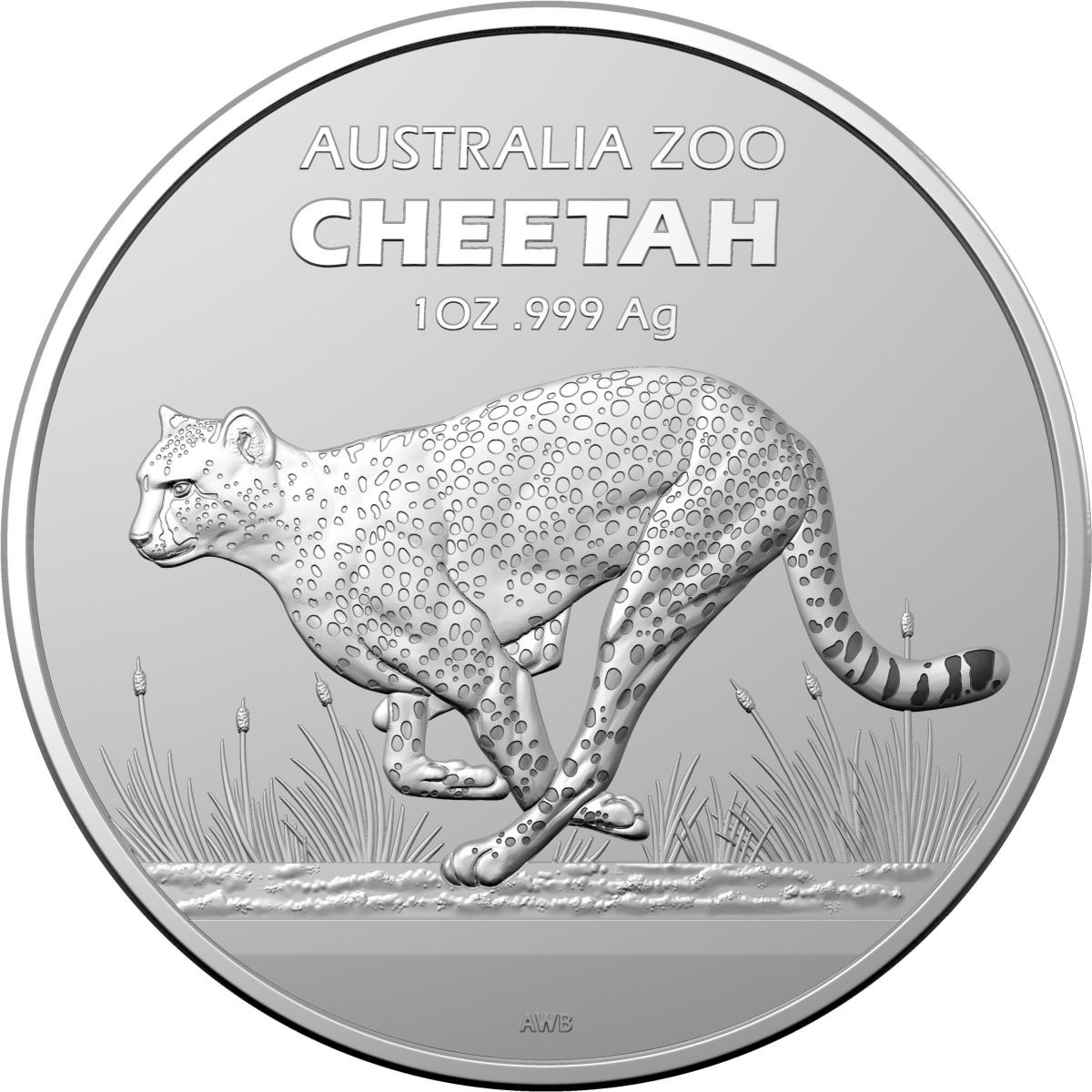 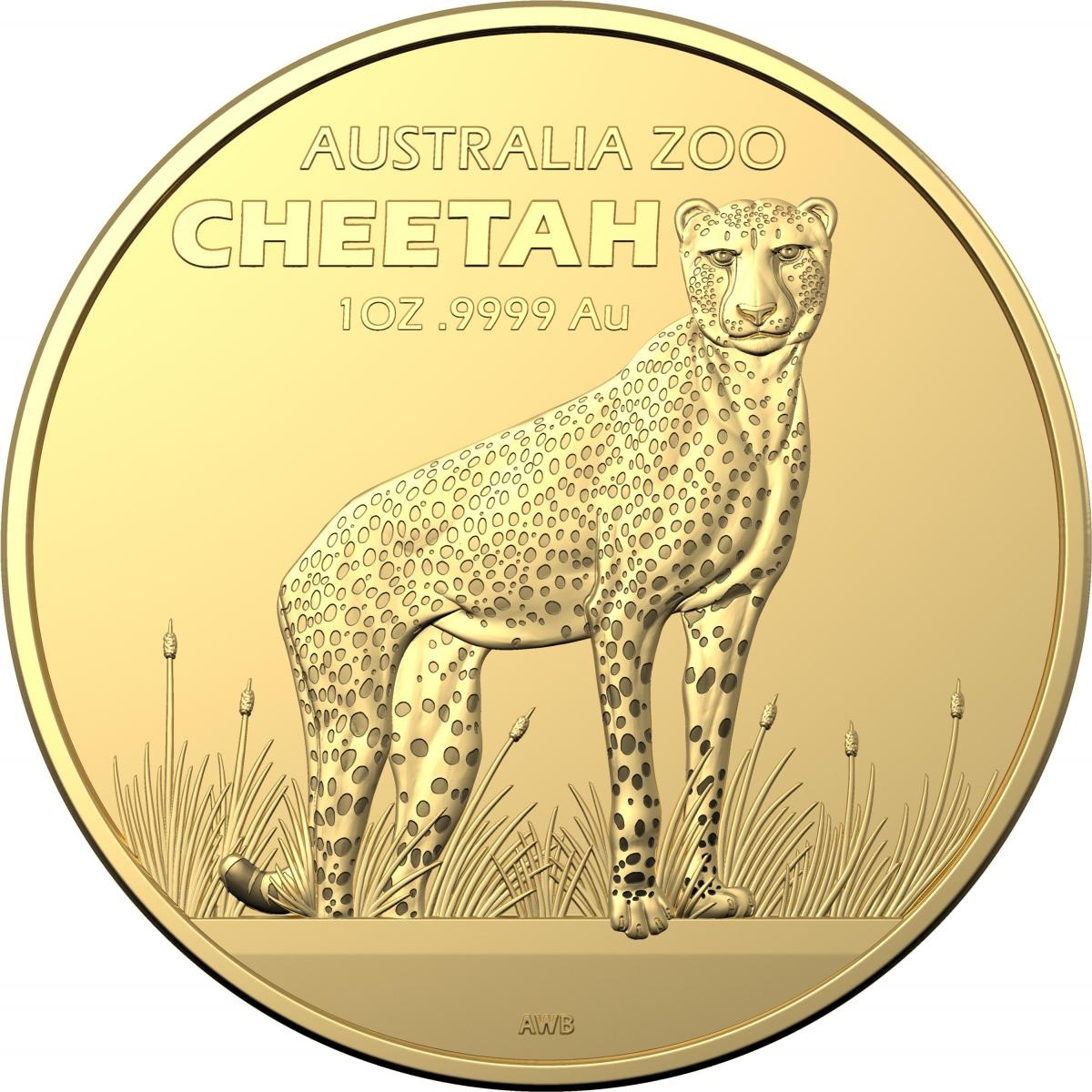 Designed by Adam William Ball of the Royal Australian Mint, both the designs seen on the gold and silver reverse sides are inspired from actual photographs by Robert Irwin, son of the late “Crocodile Hunter” Steve Irwin, and taken at the Australia Zoo. The motif on the reverse side of the gold one-ounce coins depicts a standing cheetah surveying its surroundings. The silver coins show a majestic cheetah in the run. Shown on both gold and silver options, the cheetah is surrounded by the inscriptions AUSTRALIA ZOO and CHEETAH, as well as the coins’ weight and fineness. 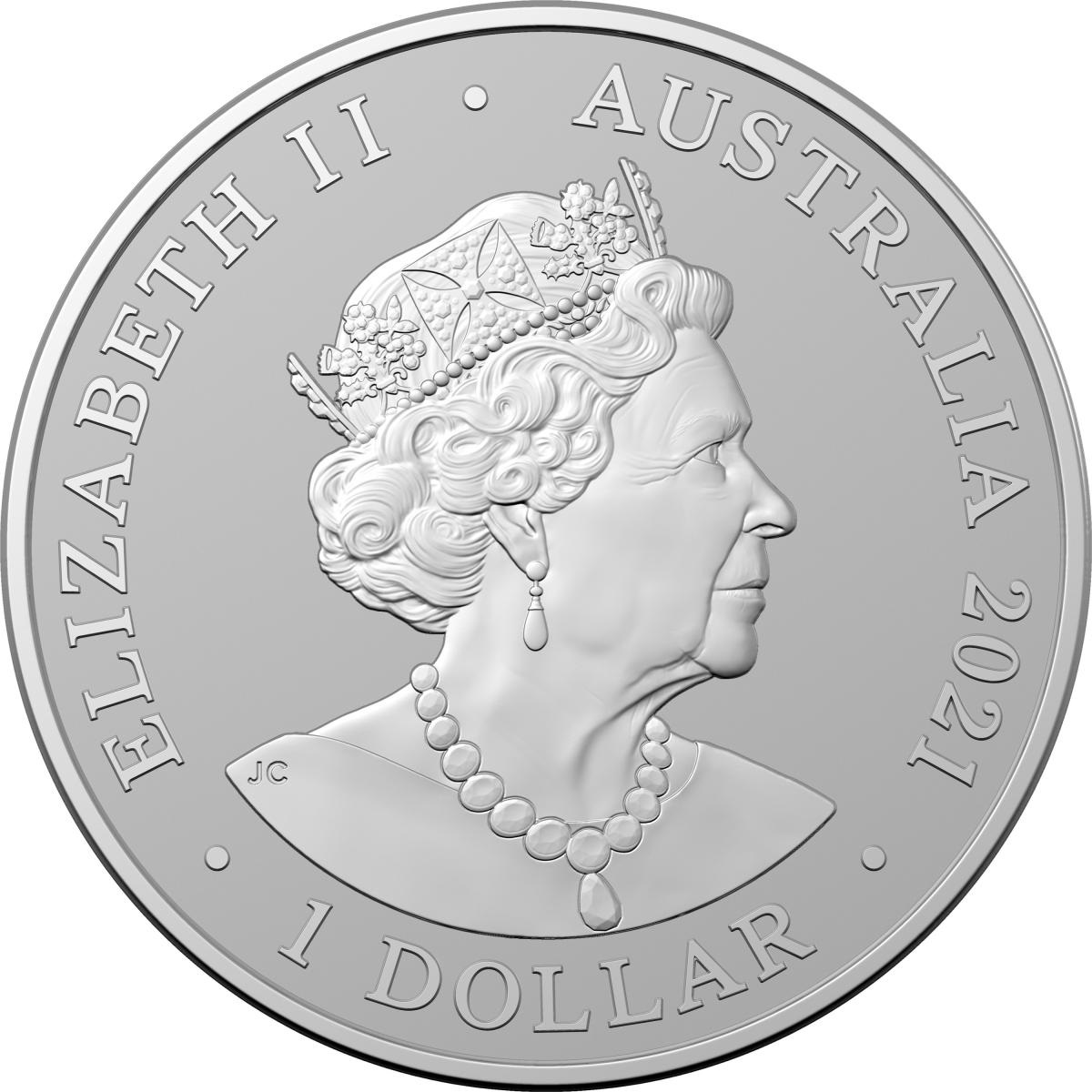 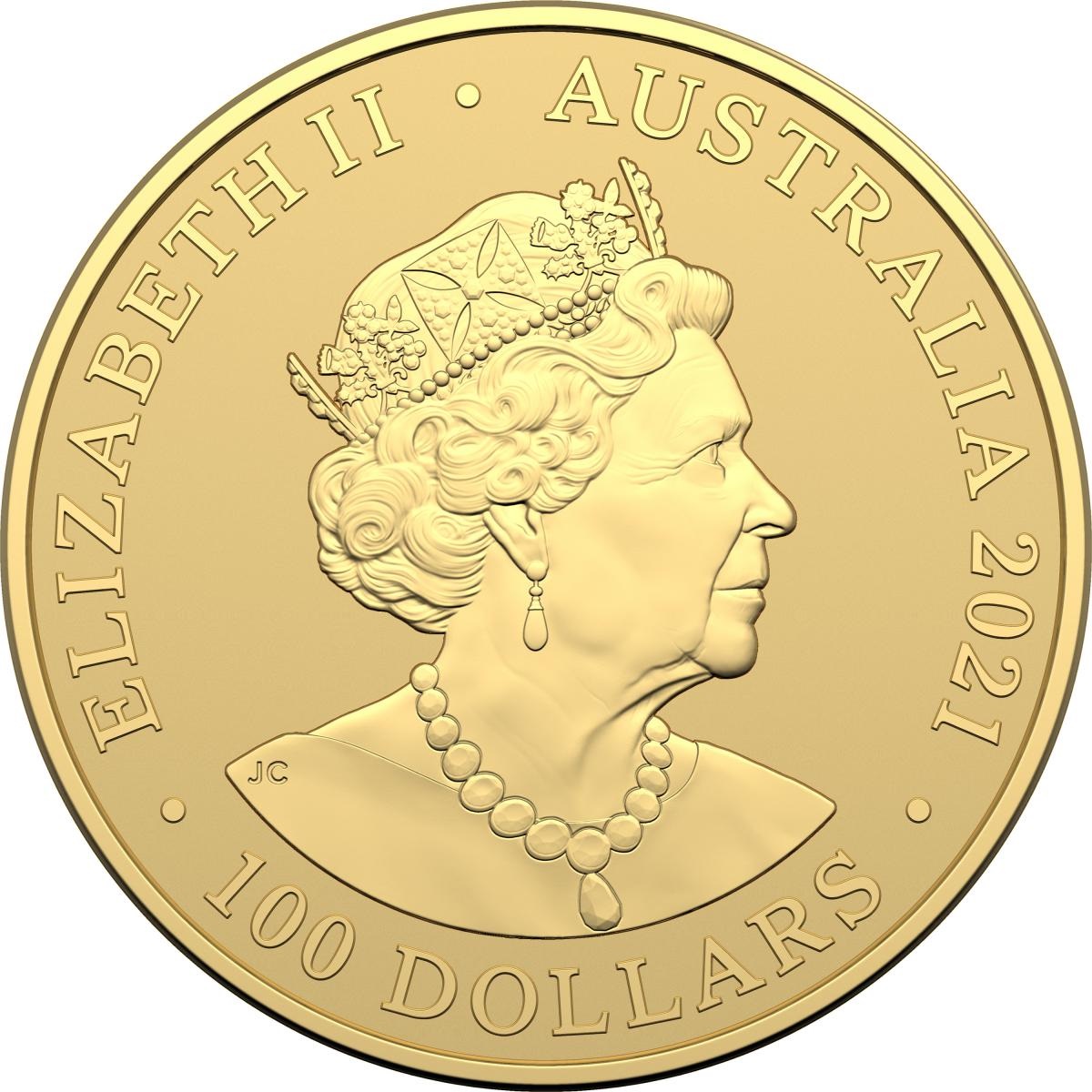 The obverse depicts the Commonwealth effigy of HM Queen Elizabeth II created by engraver Jody Clark. The denomination 100 DOLLARS (gold) or 1 DOLLAR (silver), as well as the year of issue, are included in the legend surrounding the Queen’s likeness. 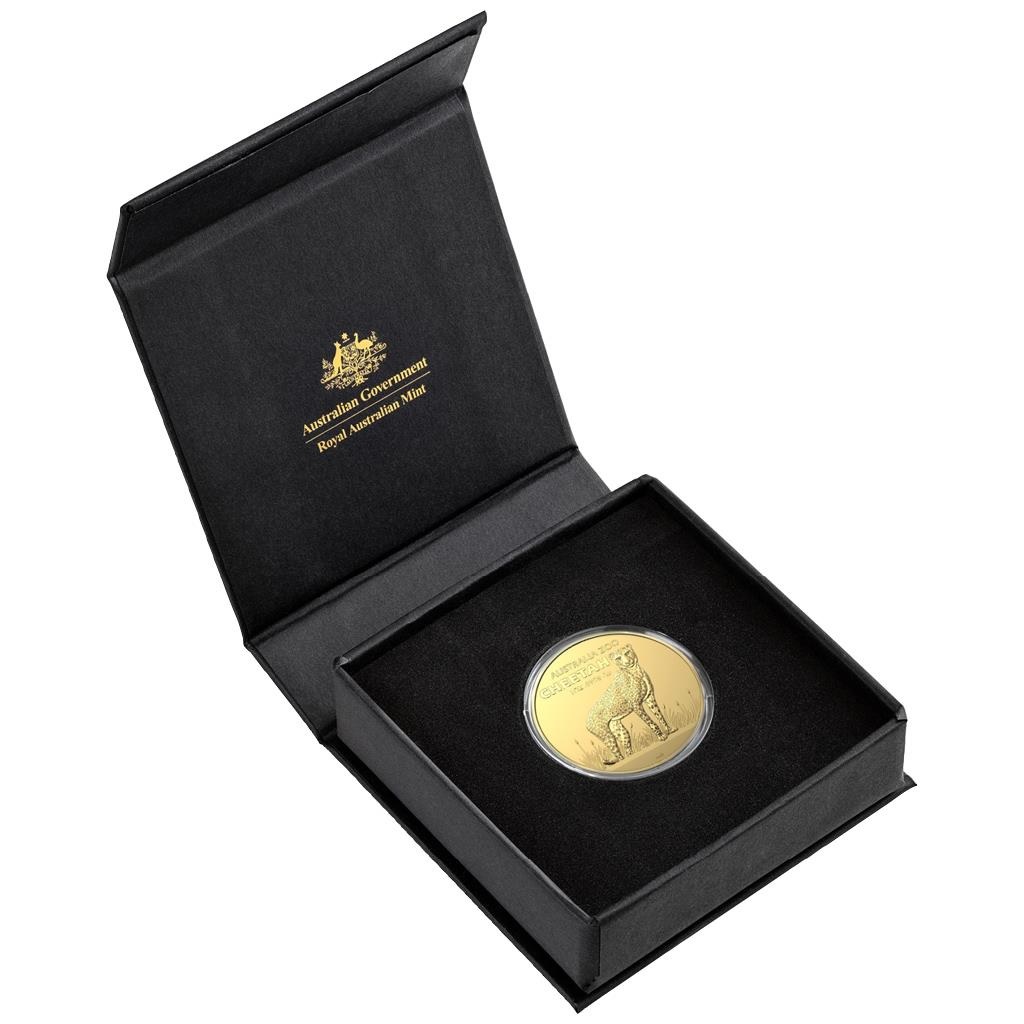 Each silver coin is encapsulated, if purchasing 10 pieces per order, they will be delivered in the original shrink-wrap roll from the Royal Australian Mint. The gold Australia Zoo Cheetah premium bullion coin is encapsulated and presented in a custom case accompanied by a certificate of authenticity. For additional information about these and other investment coins, please click here.

Collectors and investors outside Australia can inquire here.