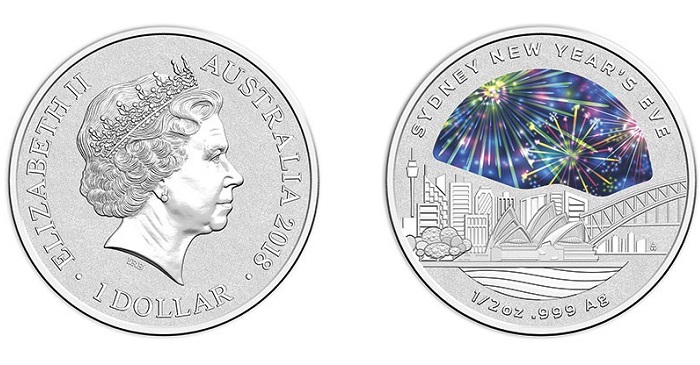 The Royal Australian Mint has launched their 2018-dated New Year’s coin which has become eagerly anticipated as one of the first coins to carry the New Year and has also developed into a new annual series. For the fifth time, the Royal Australian Mint has come together with the city of Sydney to capture an evening of wonder with this striking coin. Traditionally, Australians, especially those living in Sydney, make this exceptionally picturesque location the primary focus for New Year’s Eve celebrations. Part of the celebrations includes a spectacular show of fireworks with the unforgettable backdrop of the Sydney Harbour Bridge and iconic Sydney Opera House providing a great setting for the festivities and celebrations.

This limited edition coin depicts the flair of the colourful fireworks at its most vibrant moment on New Year’s Eve. As with the previous four coins in the series, this stunning design is sure to be popular with collectors, New Year’s Eve revelers, and tourists. This coin will ensure that the magic of the world-renowned Sydney New Year’s Eve fireworks is forever preserved if you are fortunate to be one of the millions of party-goers. If not, it’s still a great memento for your very own New Year celebrations. 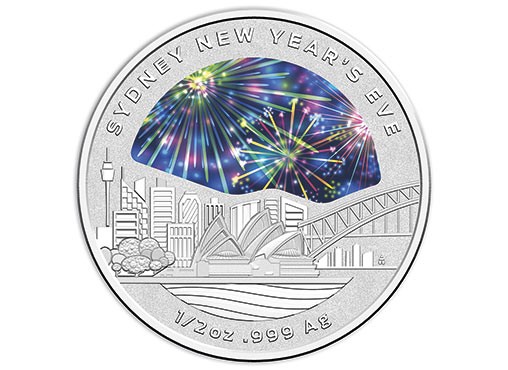 The reverse side is designed by Royal Australian Mint artist Aaron Baggio and depicts a new image of Sydney’s skyline together with a vivid colour application above the skyline simulating the fireworks display. 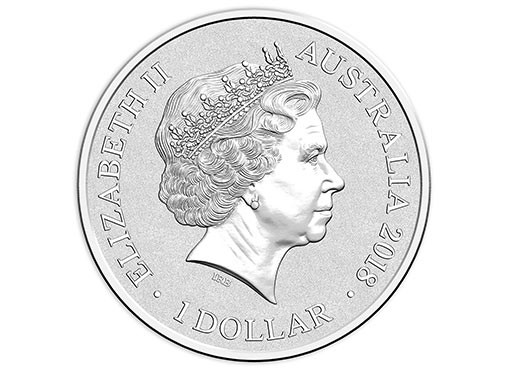 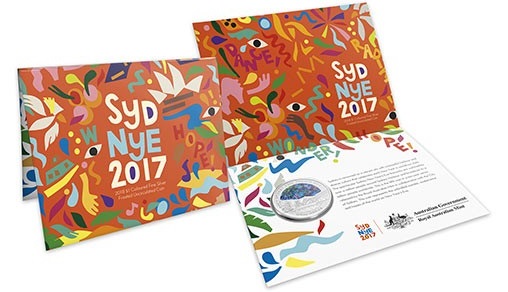 The coin is presented in a colourful blister-pak type folder which includes graphics of this year’s Sydney New Year’s Eve fireworks celebrations promotional artwork. For additional information on this and other coins retailed by the Royal Australian Mint, please visit their website.