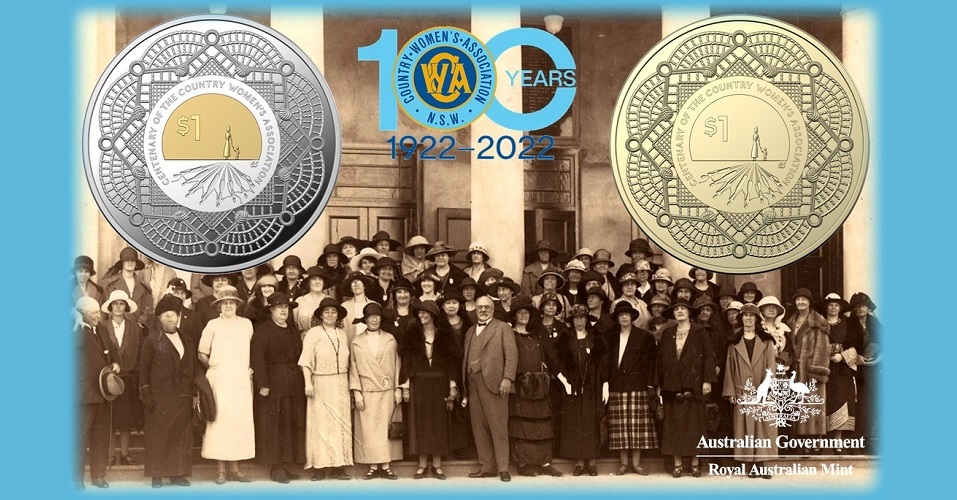 The Royal Australian Mint has released new silver and base metal coins that remember the centenary anniversary of the establishment of one of the country’s first organisations specifically dedicated to the welfare of women and children. It was 100 years ago in April 1922 that a group of women gathered at the annual Sydney Royal Agricultural Show with the intent to launch an organisation which sought to improve the living conditions of women and their families, particularly in rural New South Wales. As Australia emerged from the First World War, Florence Gordon, women’s editor of the Stock & Station Journal, and Dr. Richard Arthur, a reform-minded politician, decided something needed to be done to bring together women from across NSW. With country people having gathered in Sydney for the annual Royal Agricultural Show in April 1922, a meeting was convened and a new organisation was founded: The Country Women’s Association (CWA). The CWA speedily expanded to all six Australian states and three territories, ultimately becoming a national organisation by 1945. Membership peaked in the years after the Second World War and within a century since its founding, the CWA is today Australia’s largest women’s non-government organisation with 44,000 members across 1855 branches. The organisation continues through its efforts to proudly represent the women of rural Australia, giving them and their families an enduring voice on issues affecting rural communities. Of particular interest more recently, CWA advocacy has focused on the National Drought Strategy, alcohol research, and improving rural mental health services. A significant contribution to Australian culture continues to be the CWA cookbook, a compilation of recipes and household hints from country women which has remained a valuable source of reference for both urban and rural households. 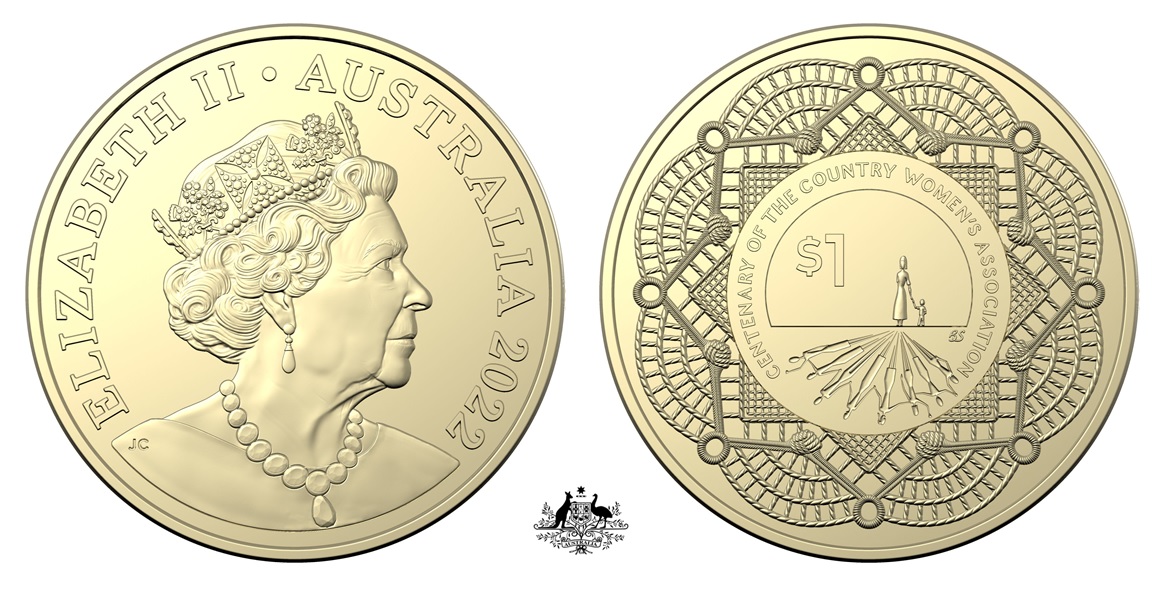 The coins are designed by Royal Australian Mint graphic artist Bronwyn Scott, who utilises an intricate pattern of a crocheted doily to acknowledge the Country Women’s Association’s well-known skills in crafts and cooking, and which are used for fundraising in their support of different causes. Within the doily is a circle of strong intricate knots representing the CWA’s strong network of support, friendship, and collaboration. The inner circle of the design also represents a hot country sun, which depicts the denomination of $1 and is selectively gold-plated on the silver version. Inside this sun is a lone silhouette of a country mother and child, the empty space representative of the isolation of bush country life. Within her shadow are eight female figures representing each state/territory comprising the CWA of Australia. The commemorative text, which is placed within the inner circle, reads CENTENARY OF THE WOMEN’S COUNTRY ASSOCIATION. 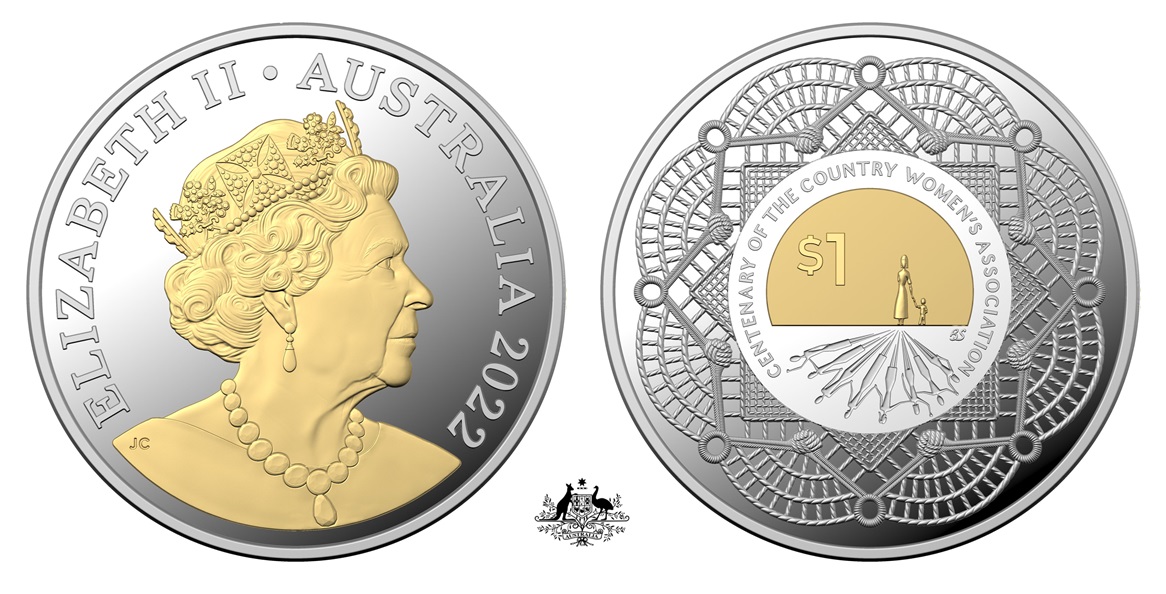 The coin’s obverse bears Jody Clark’s commonwealth effigy of HM Queen Elizabeth II along with the coins’ year of issue 2022.

The base metal Brilliant Uncirculated coin is presented in a coin-card format which includes illustrations from the first establishment of the CWA. The silver Proof-quality coins are encapsulated and presented in a heavy gauge card case accompanied by a certificate of authenticity. For more information about this range of coins, please visit the website of the Royal Australian Mint.