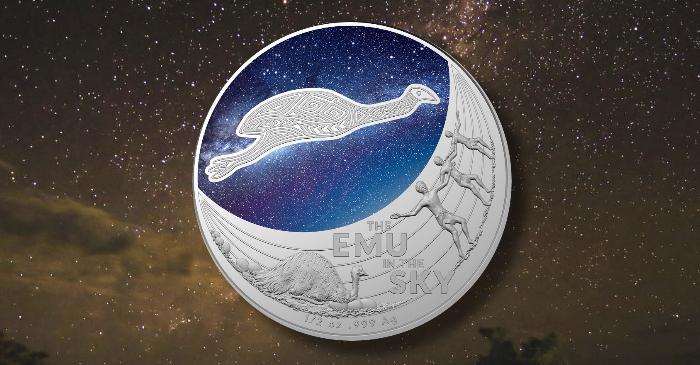 The Royal Australian Mint has released new silver Proof coins with a captivating design that blends luminous colour with Aboriginal art to depict the story of the Emu in the Sky constellation, which also introduces a new collector coin series entitled “Star Dreaming.”

It can be said that Indigenous Australians were the first astronomers who have been using the stars as navigation maps, calendars, and to tell stories for tens of thousands of years. One of those particular tales handed down for generations is that of the Emu in the Sky, a well-known Aboriginal astronomical constellation which is actually outlined by dark areas of the night sky, not the stars. The Kamilaroi and Euahlayi peoples are an Australian Aboriginal cultural grouping located in the north and northwest of New South Wales, and, like most Aboriginal stories, those collected did not just entertain, they were often used to describe physical objects in the sky. As Aboriginal culture is oral in nature, oral transmission of knowledge is extremely important. If you are in the land down under and want to try spotting the Emu in the Sky, you will need a very dark and clear night sky. A moonless night will also increase the natural spectacle. Just look up and be inspired with its stellar beauty, which has, for more than 10 millennia, inspired the original inhabitants of Australia to narrate the story of how the constellation came to be.

To find the Emu in the Sky, you must first locate the Southern Cross constellation above the southern horizon. Two bright stars directly above due south are “the Pointers” to the Southern Cross. On the left-hand side of the Southern Cross, and on a clear night, you will find a dark oval shape, called the Coalsack Nebula. This is recognised as the head of the Emu, with its beak pointing downward. The long neck stretches to the left through the middle of “the Pointers” and the body and legs of the Emu stretch halfway across the horizon towards the east. While the head and neck of the Emu can be seen in the sky as early as March, it reaches its first appearance in full length after sunset in April and May, when it is seen stretching from the south to the southeast. However, many star-gazers say mid-June is best, and the state of New South Wales is an optimum part of the country to be in. 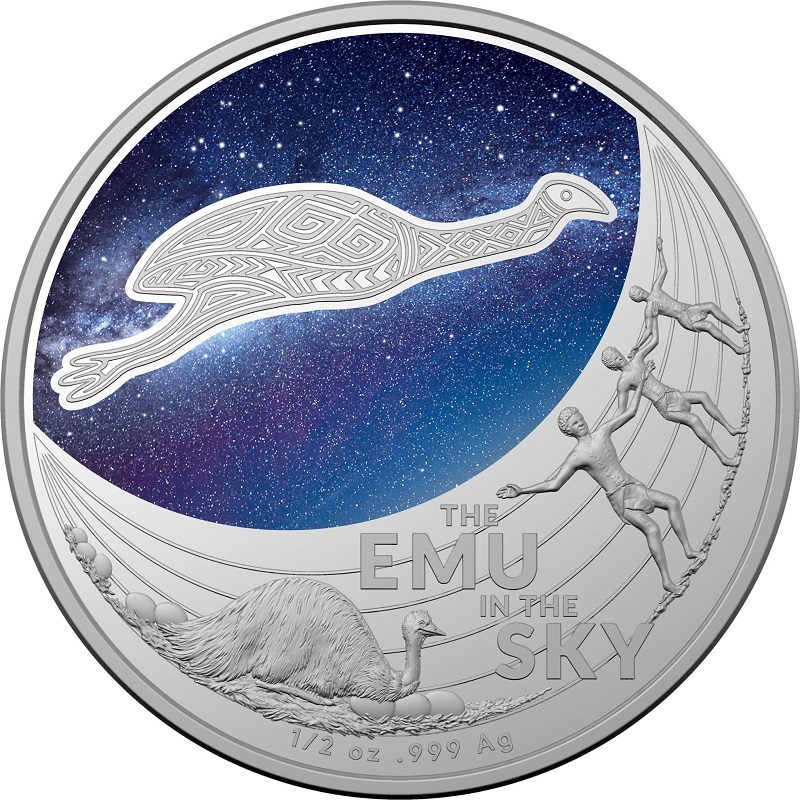 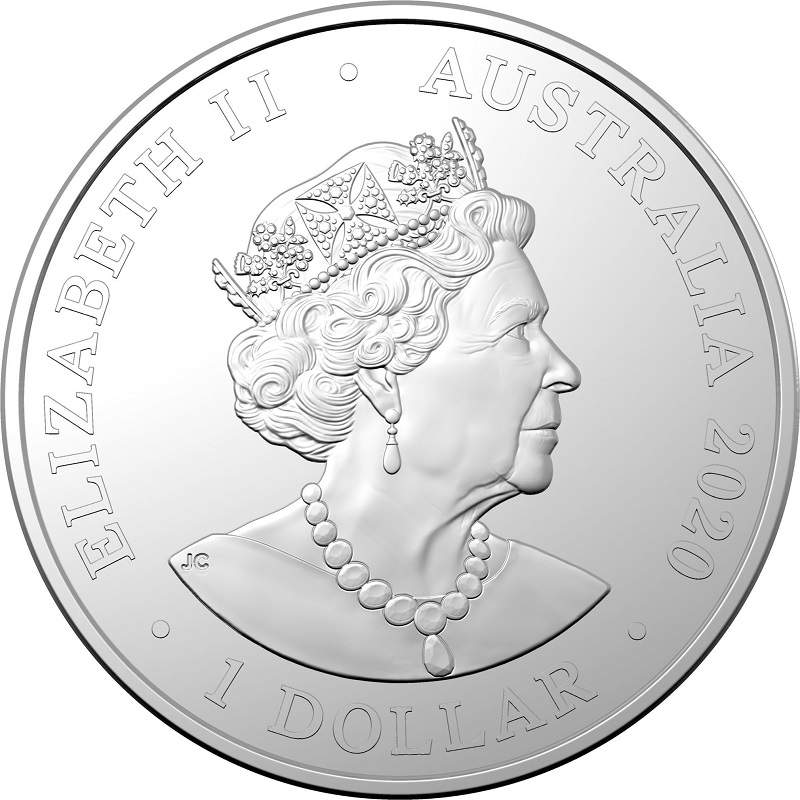 The obverse side of the coins includes the Commonwealth effigy of HM Queen Elizabeth II, which was introduced on Australian coinage this year. The denomination of 1 DOLLAR is placed under the Queen’s likeness. 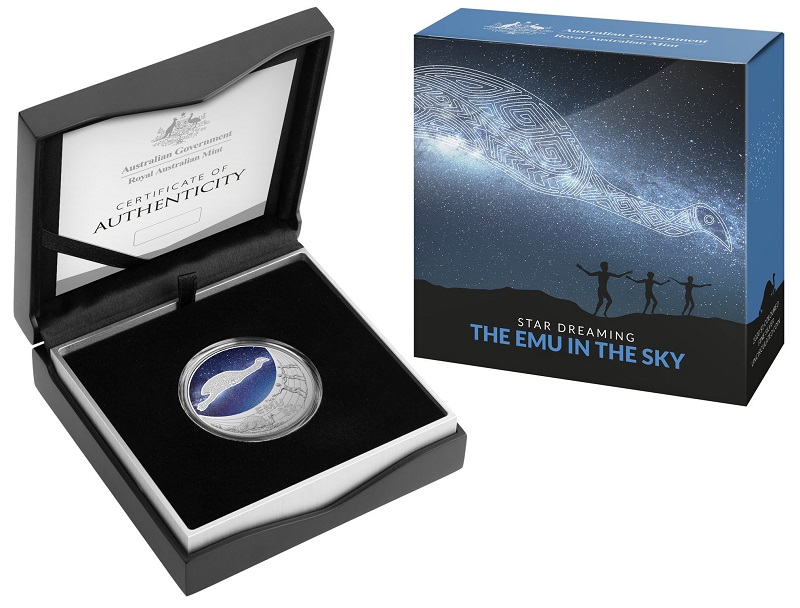 Each coin is encapsulated and presented in a custom caser and accompanied with a certificate of authenticity. For additional information about this coin and other coins available from the Royal Australian Mint, please visit their website.