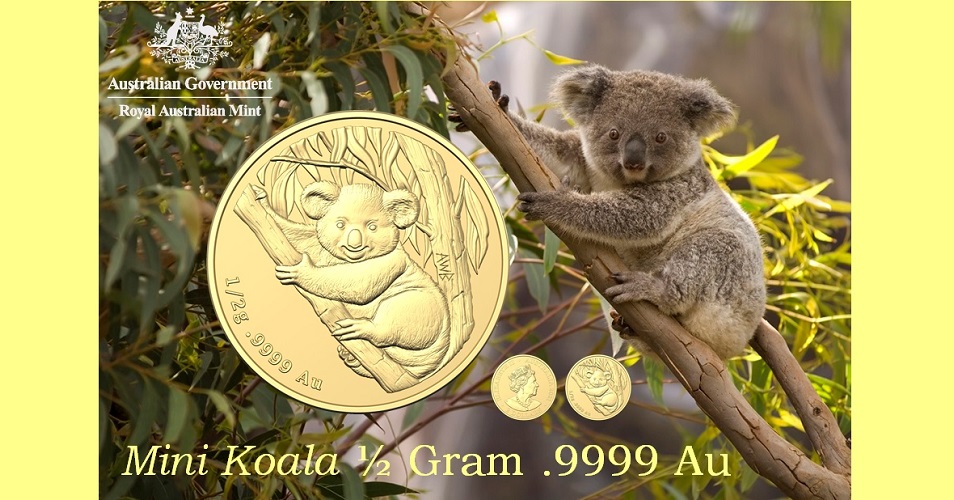 The Royal Australian Mint has released new mini-gold coins of 1/2-gram weight with the motif of one of the country’s favourite and native species found only on the continent — the koala.

Known as koala bears, the name “bear” is a misnomer, as these tree-climbing animals are actually marsupial mammals with a pouch for the development of offspring. Their closest living relatives are wombats, but their cuddly appearance has over time been associated and compared with a child’s teddy bear — hence the reference to a bear.

You will normally find koalas in the eucalyptus forests of Southeastern and Eastern Australia and when they’re not sleeping, they’re usually eating. They rely on the eucalyptus tree for both habitat and food and will eat more than a pound of eucalyptus leaves a day. As eucalyptus is toxic to most other species, including humans, the herbivore koala’s digestive system has adapted to this food source to work hard to digest it, breaking down the toxins, but extracting limited nutrients. That’s why koalas sleep so much — they get very little energy from their diet. 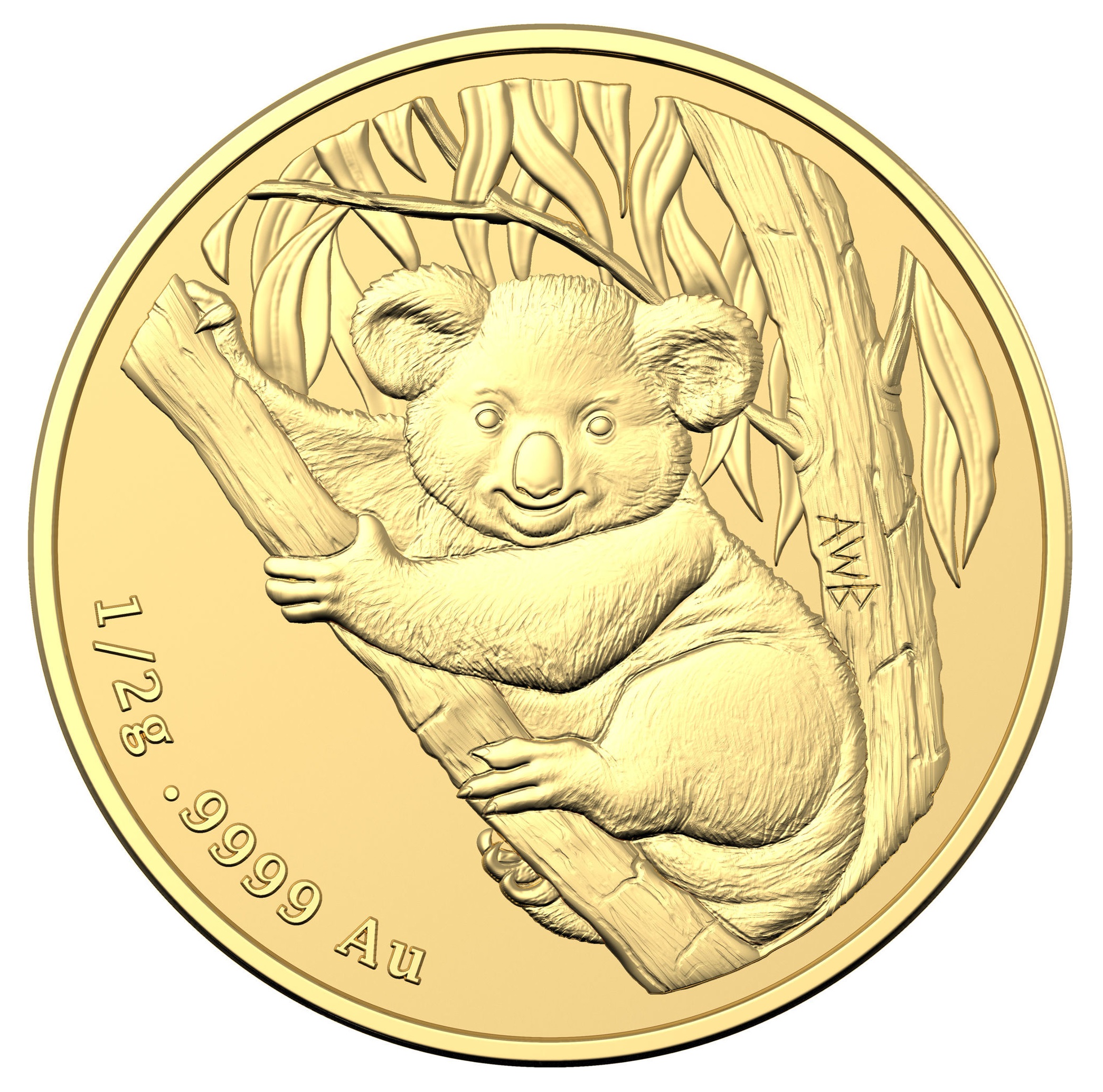 Designed by Adam Ball, the reverse side depicts an adolescent koala perched on a branch among the gum leaves out in the Australian bush. The designer’s initials AWB appear on the tree as if it had been carved into its trunk and which is part of the overall design. The coins’ weight and metal content 1/2g .9999 Au is seen along the lower-left side against the edge. 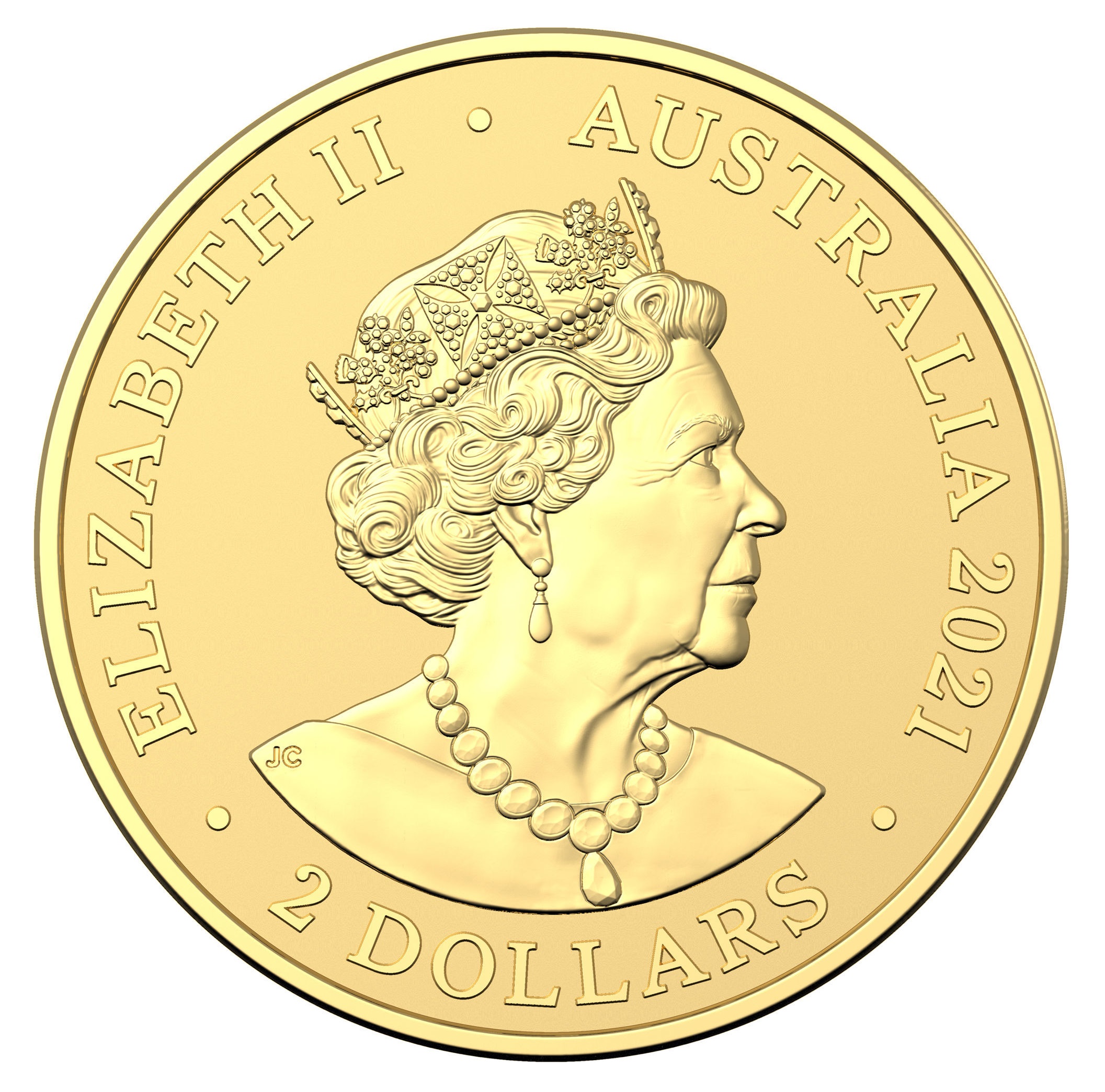 The Commonwealth effigy of HM Queen Elizabeth II created by British engraver Jody Clark is seen on the obverse along with the coins’ denomination of 2 DOLLARS, which is placed beneath the Queen’s likeness. 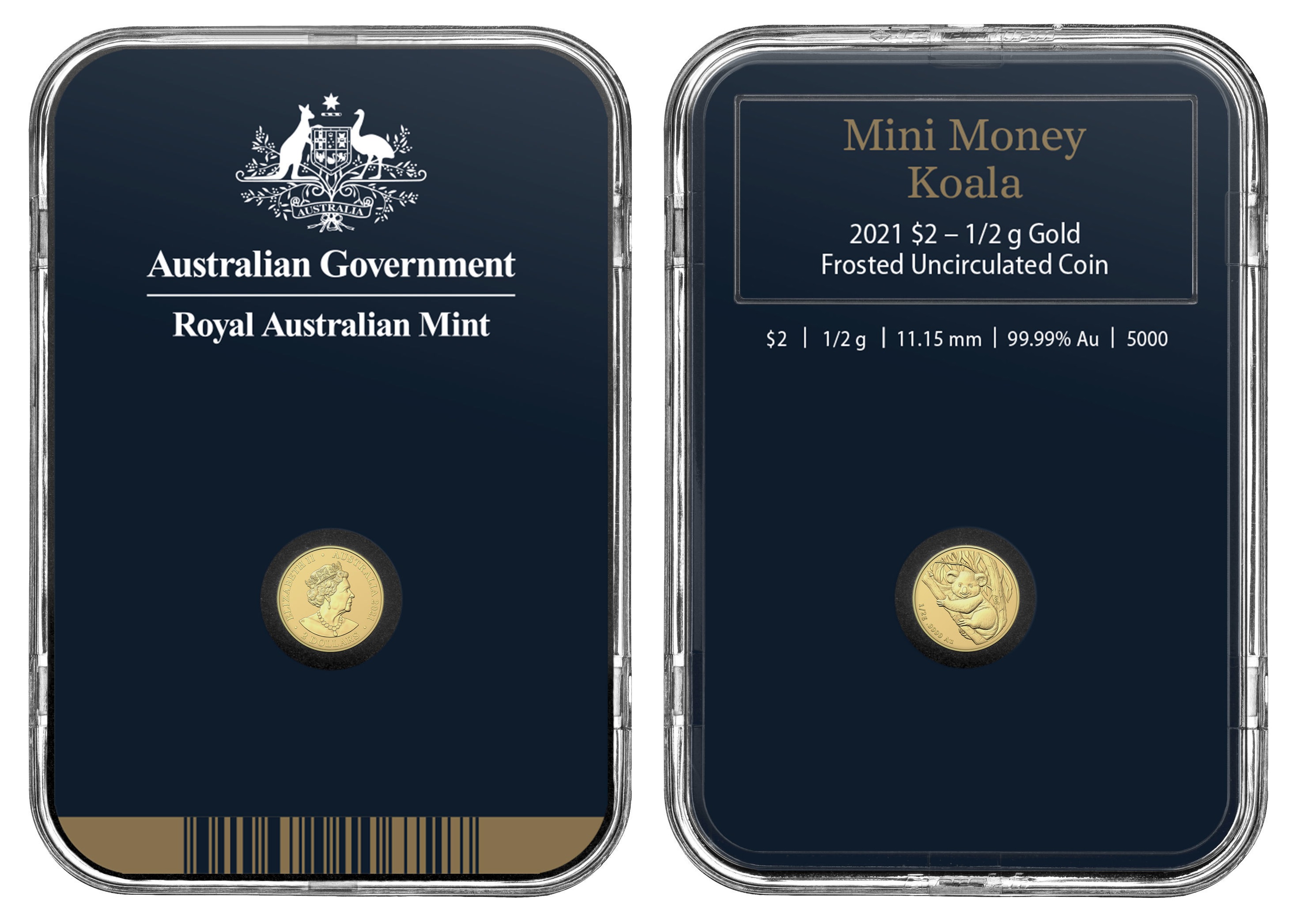 Each coin is presented in a sealed, certified-style or slab case with the coins’ specifications included on the reverse side of the packaging. For additional information about this coin and other coins offered by the Royal Australian Mint, please visit their website.

Please note: Maximum purchase of one per customer account.