The Royal Australian Mint has launched their new gold bullion series entitled “Kangaroos at Dawn” with the issue of 1/5-ounce gold Proof coins and a very limited mintage of just 1,000 pieces.

For 13 years, the Royal Australian Mint released, by ballot, the “Kangaroo at Sunset” 1/5-ounce gold coin for serious collectors and those attracted to fine artistic representations of one of Australia’s most popular unique animals. The previous release, designed by RAM artisan Wojciech Pietranik, and in production from 2007, depicted a lone kangaroo crossing the red soil desert plains against a setting sun, capturing the beauty of the Australian outback. Last year, the Royal Australian Mint announced that 2019-dated coins carrying this design would be the last. 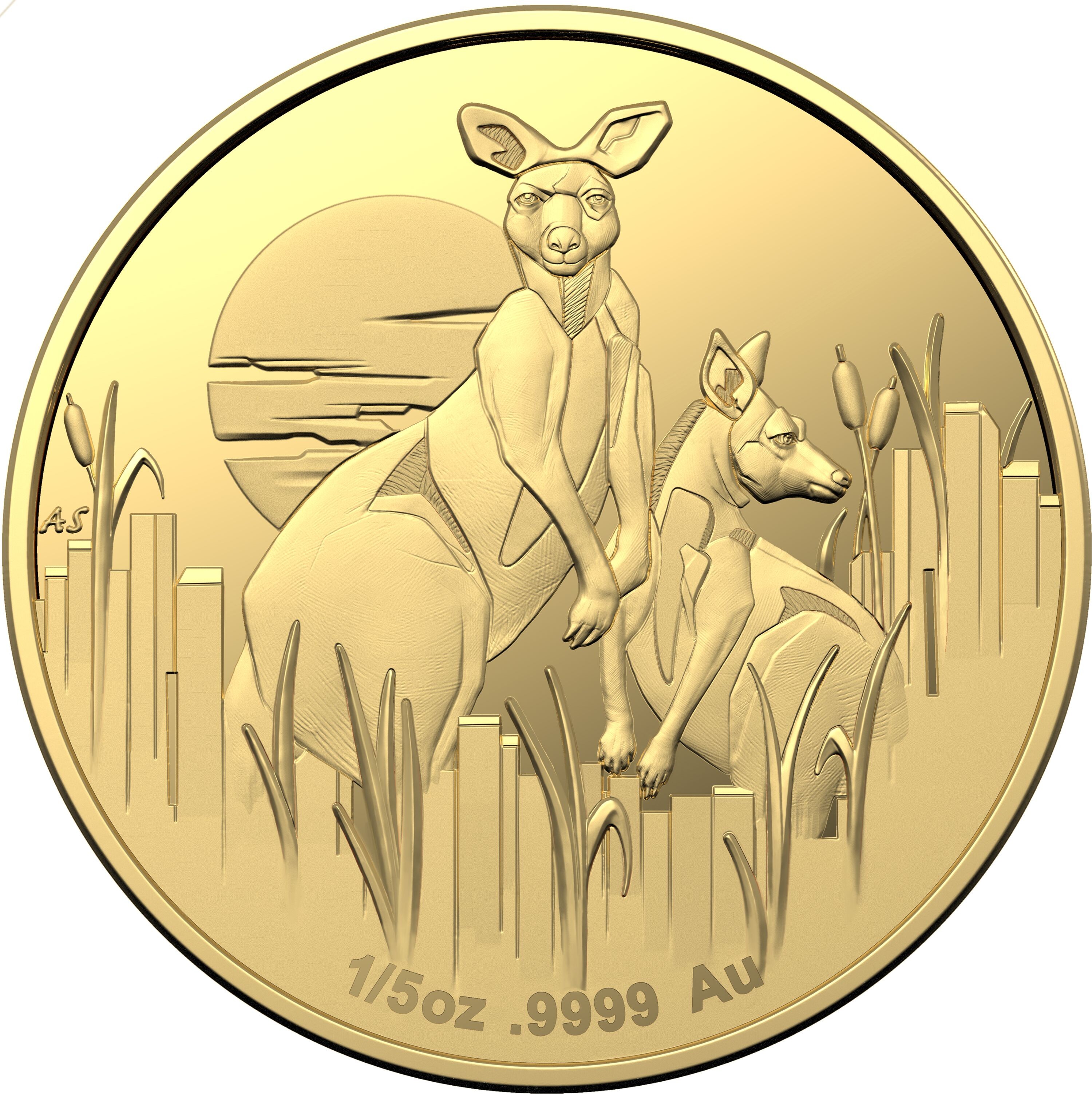 Following on from this success, the mint introduces a new prestigious coin titled “Kangaroos at Dawn.” The new 1/5-ounce gold Proof coin is designed by the RAM’s senior coin sculptor, Aleksandra Stokic, whose most recent commemorative coin design included the reverse side of the 2019-dated International Year of Indigenous Languages 50-cent circulation coin. The reverse of the new Kangaroos at Dawn features a stunning artistic representation of two kangaroos poised against the rising sun. The obverse will include the effigy of HM Queen Elizabeth II created by Jody Clark, often referred to as the “Commonwealth” effigy. The Queen is depicted in side profile facing to the right wearing a diadem tiara and Victorian coronation necklace. The year of issue and denomination are also featured on the obverse side.

The 2020-dated coins will only be available by ballot, and those whose names are chosen will have the opportunity to initiate and finalise their purchases. This exclusive product will be limited to just one purchase per customer, as only 1,000 coins have been produced. From the entries received, 1,000 ballots will be drawn, and payments must be processed within 10 working days.

Dispatch will take place from the 4th November 2019. Collectors wishing to take advantage of this opportunity should complete the ballot form and return it via ordinary mail to the following address before the close of business on the 18th October 2019.

The ballot form can be downloaded from this link.

Completed forms should be sent to: