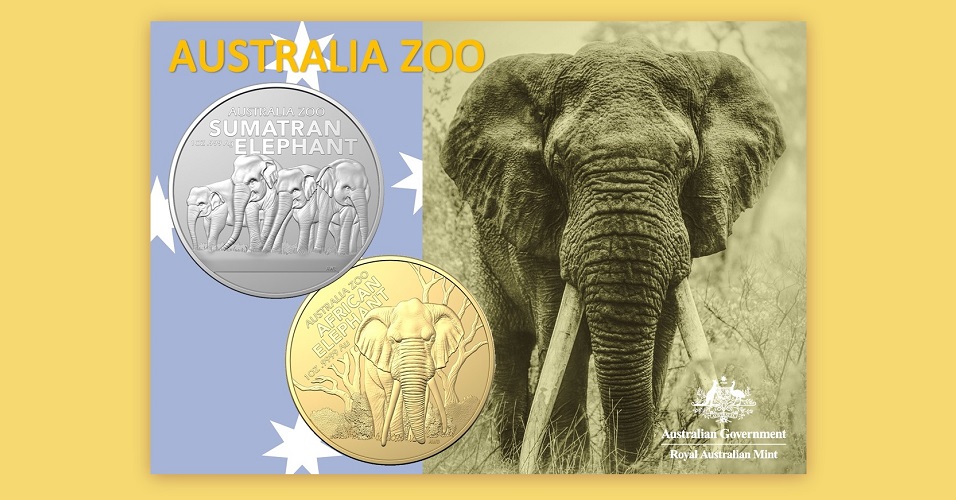 The Royal Australian Mint has released new gold and silver one-ounce Brilliant Uncirculated-quality investment coins in partnership with Australia Zoo. These are the third coins in the series following the Sumatran tiger (2020) and the cheetah (2021). The Royal Australian Mint and Australia Zoo work closely with conservation organisations in Africa to help protect these important and critically endangered species and shine a light on these incredible creatures and their fragile existence in the wild. With the latest release in the “Australia Zoo” series, the coins’ design conveys the elephant’s enormous size and strength.

The Australia Zoo, previously known as the Beerwah Reptile & Fauna Park, was founded on June 3, 1970, by Bob and Lyn Irwin. It is located in the state of Queensland and houses more than 1,000 animals. After Bob and Lyn’s retirement, their son Steve Irwin, better known as the Crocodile Hunter, and his wife Terri took over the park and gave the zoo its present name. With the tragic and untimely death of Steve in September 2006, his widow Terri Irwin took over the management of the zoo.

Designed by artist Adam Ball, the gold and silver investment coins feature distinct and different images of the two species of elephant: The Sumatran (gold) and African (silver). 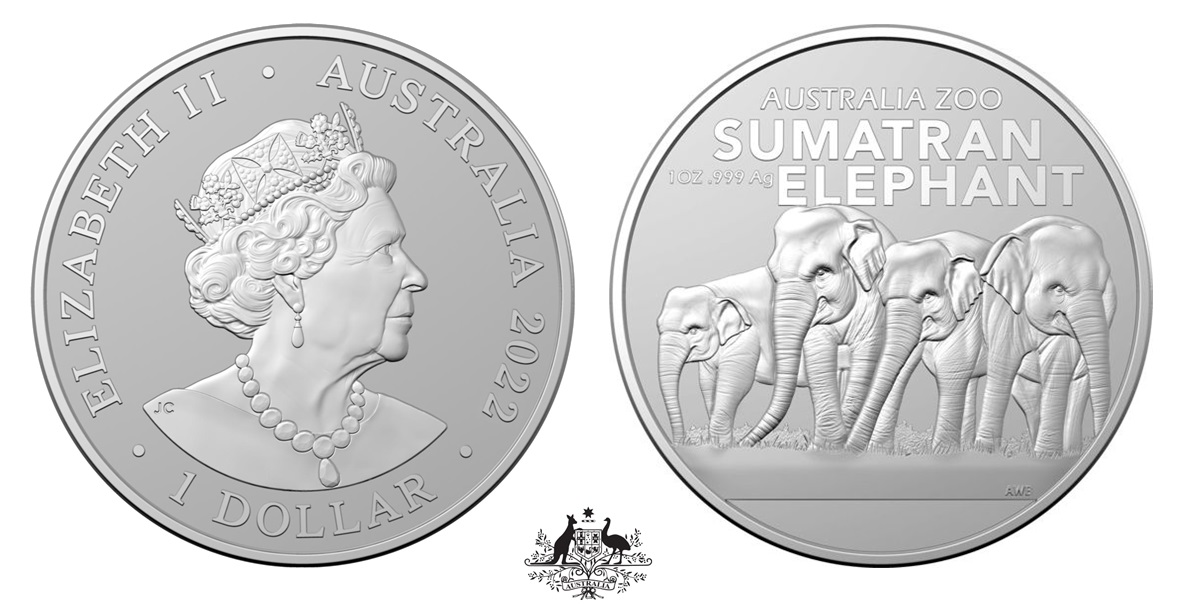 $1 silver: The reverse side focuses on four Sumatran elephants, inspired by Australia Zoo’s own residents — Christina, Megawati, Widya, and Raflesia. The four elephants are on loan from Indonesia’s PT. Taman Safari Prigen — Pandaan in East Java. Above the main design is the text AUSTRALIA ZOO SUMATRAN ELEPHANT along with the coins’ specifications of 1OZ .999 Ag. 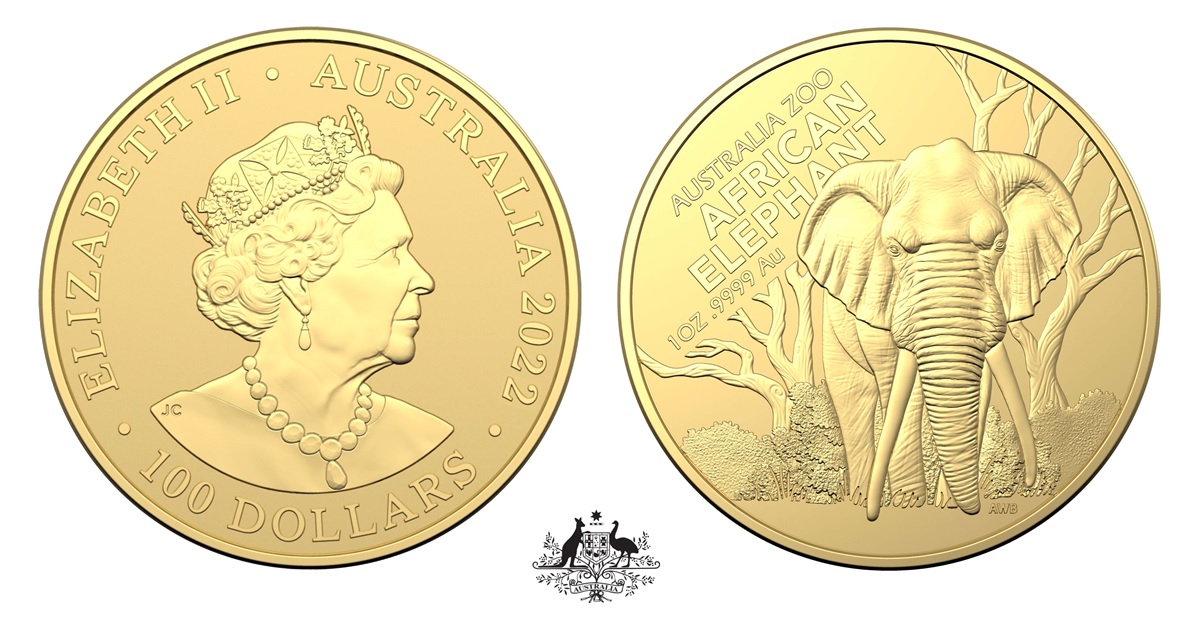 $100 gold: The gold investment coin is modelled on an actual photograph taken by Robert Irwin during his South African adventure in 2019. Australia Zoo supports the work of the Ol Pejeta Conservancy and Black Mambas Anti-Poaching Unit to help protect Africa’s elephant population. In a diagonal direction to the left of the primary design is the text AUSTRALIA ZOO AFRICAN ELEPHANT along with the coins’ specifications of 1OZ .999 Au.

Both gold and silver coins include the Commonwealth effigy of HM Queen Elizabeth II created by engraver Jody Clark. The denomination and year of issue 2022 are incorporated into the design.

The coins are also available through a variety of selected international bullion distribution partners of the Royal Australian Mint.