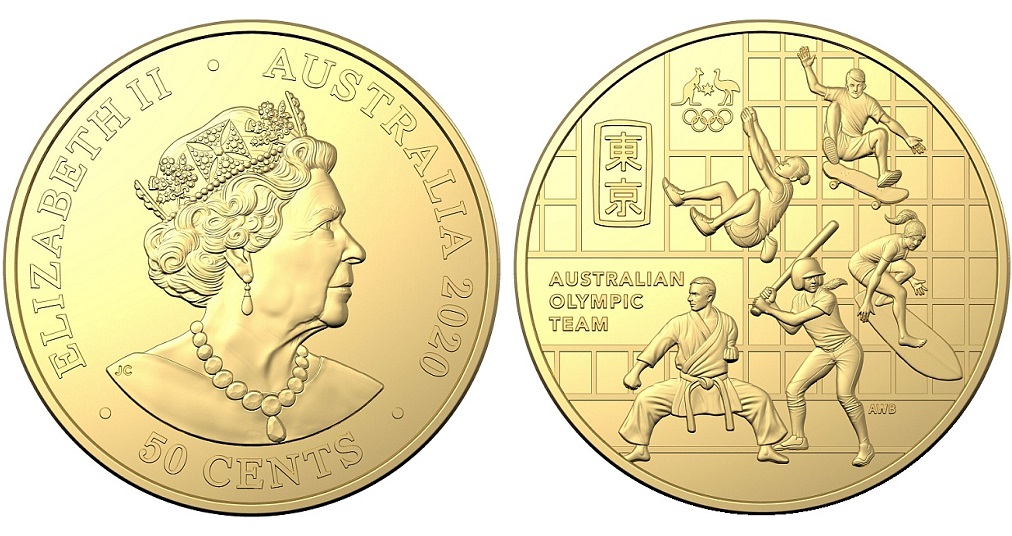 The Royal Australian Mint has released new collector coins in support of the Tokyo Olympiad and the country’s Olympic athletes. Despite the postponement until next year of the XXXII Olympiad in Tokyo due to the pandemic of the Wuhan strain of the COVID-19 virus, the Royal Australian Mint has released their Olympic coin collection in support of competing for Australian athletes featuring the mint’s Olympic ambassadors. Australia will continue their long-standing tradition of having competed in every modern Olympiad since 1896 and will be represented in 2021 by an impressive number of athletes looking to bring home the gold. The 2020 Games will be hosted exactly one year from the original date and have been unofficially dubbed as “Tokyo 202ONE,” the “ONE” reference being for the year “2021.”

Comprising the collection are two one-dollar commemorative coins and one 50-cent coin especially gold-plated for the occasion. 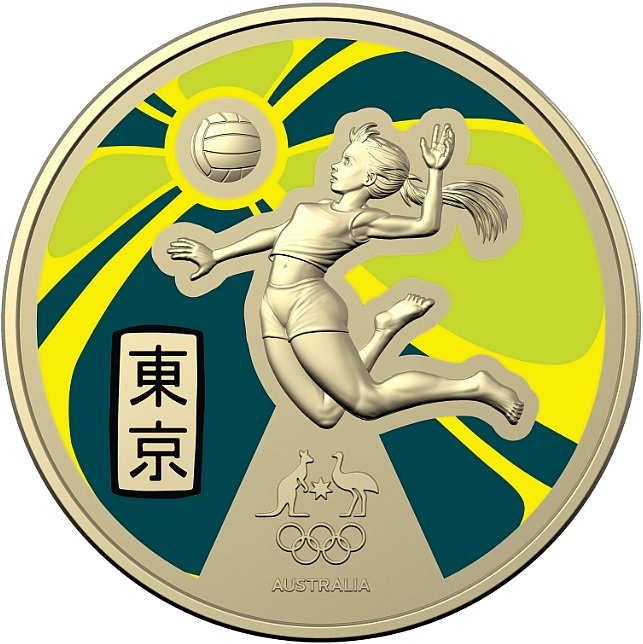 $1 Olympics: Featured on the reverse side is Australian Olympic athlete Taliqua Clancy, who is the Royal Australian Mint’s 2020 Olympic ambassador. She will be competing in Volleyball and first took part in the Olympics in 2016 at Rio de Janeiro. The design also incorporates colourised elements reflecting the City of Tokyo, hosts of the Games as part of the primary theme. Below, is the national Olympic insignia for Australia consisting of the five Olympic rings and the Australian crest. 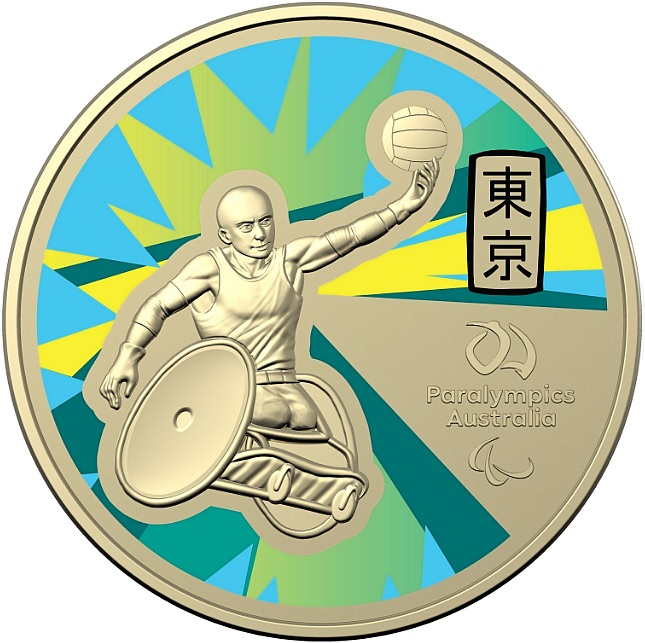 $1 Paralympics: Featured on the reverse is Chris Bond, who will serve as the Royal Australian Mint’s Paralympic Ambassador for the Tokyo Games. Chris is part of Australia’s national wheelchair rugby team, the Steelers, and will be taking part in the wheelchair rugby competition during the Paralympic games. The design also incorporates colourised elements reflecting the City of Tokyo, hosts of the Games, as part of the primary theme. Below is the national insignia for Australia consisting of a stylised outline of Australia and the official insignia for the Paralympic Games. 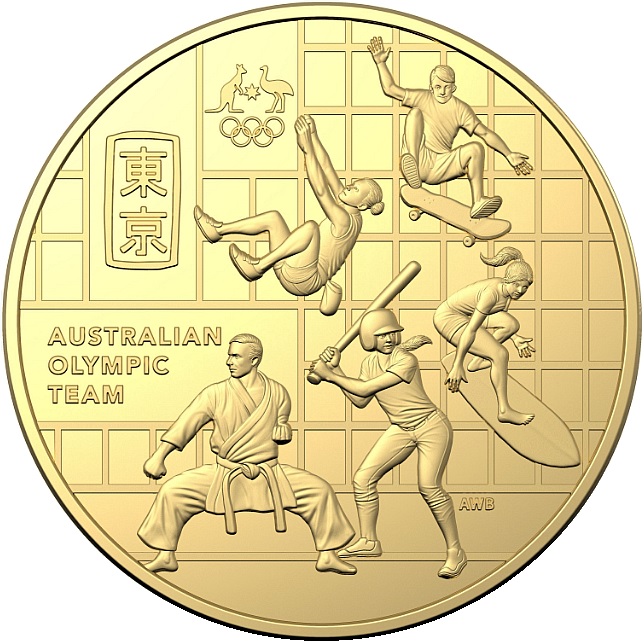 50 cents: The coins are produced in cupro-nickel and are gold-plated to note the special occasion. The reverse side is designed by Adam Ball and depicts representations of the five sports which will make their Olympic debut in 2021: Karate, surfing, skateboarding, sport climbing, and baseball/softball. Towards the upper-left is the national Olympic insignia for Australia, consisting of the five Olympic rings and the Australian crest. Below the Japanese characters denoting Tokyo is the inscription AUSTRALIAN OLYMPIC TEAM. 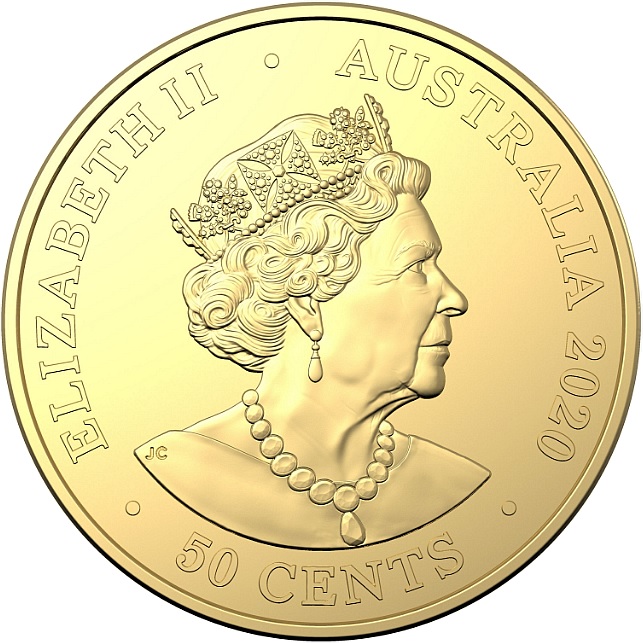 The obverse side of all coins includes the commonwealth effigy of HM Queen Elizabeth II created by Jody Clark, which was introduced onto Australian circulation coinage this year. Beneath the Queen’s likeness is the coin’s denomination of ONE DOLLAR or 50 CENTS. 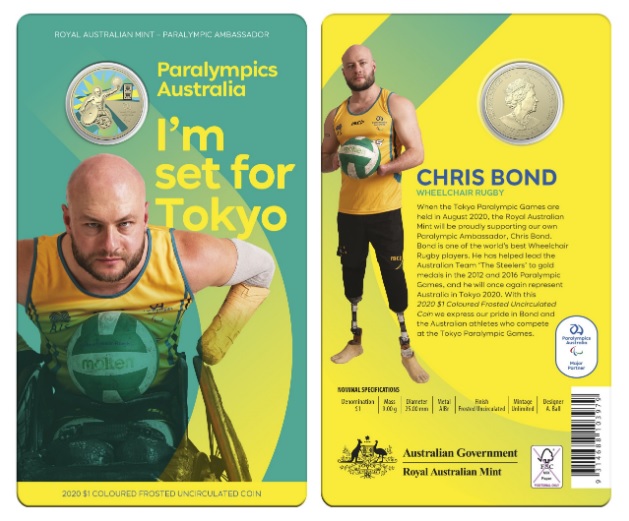 Each coin is presented in a vacuum-type blister-pak coin card which includes illustrations and information on both the athletes featured, as well as the 2020 Tokyo Olympic Games. For additional information about these coins and others available from the Royal Australian Mint, please visit their website here for the 50-cent coin and here for the dollar coin.