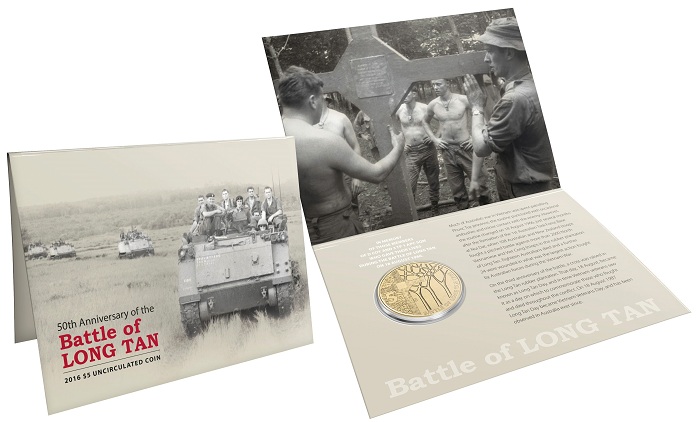 The Royal Australian Mint has issued (August 17) a new coin remembering the Battle of Long Tan, a fierce conflict between Australian soldiers and the Viet Cong that took place during the Vietnam War on August 18, 1966.

The conflict in the small Southeast-Asian country began in 1955 as Vietnam was split between government elements fighting and resisting the expanding Communist forces supported by the USSR and China. Often referred to as the second Indo-China War, the conflict eventually involved the countries of Laos and Cambodia, as well as dividing Vietnam into two separate governments — one in the north, the other in the south.

Vietnam, a former French protectorate in what was once called French Indo-China, was recovering from Imperial Japanese occupation during the Second World War. The idea of the country returning to direct French rule was seen as no longer practical by the people of Indo-China; as a result factions opposed to the reformation of French Indo-China were already forming. By 1954, the country was beginning to recognize a partition between supporters of Communism and those loyal to a democratic transitional government. French troops were suffering defeats and their ability to keep order and maintain the status-quo diminished given their lack of expertise fighting in the countryside.

The decisive Battle of Dien Bien Phu ultimately marked the end of French involvement in Indochina after their Military was stunningly defeated. On May 7, 1954, the French Union garrison surrendered, later negotiating a ceasefire agreement with the Viet Minh, representatives of the Communist faction, and independence was granted to Cambodia, Laos, and Vietnam. By his time, the country’s recognized head of state, the Emperor Bao Dai, whose dynasty had ruled parts of Vietnam since 1802, was also deposed.

By 1955, American military advisors began arriving in the south of the country to support those opposed to what was perceived as a growing Communist threat. Many were initially stationed in South Korea, fresh from their fighting in that country, which resulted in the official partition of the Korean peninsula between the democratic Republic of Korea in the south and the communist People’s Democratic Republic of Korea in the north.

A high profile state visit by Vietnam’s first president to Australia was received with great support by the government of Robert Menzies, who welcomed Ngo Dinh Diem on September 2, 1957. Although the relations between the two countries were strengthened by this visit, involvement in the conflict did not occur until 1962, by which time many countries, including Australia, were expressing their dismay with the government of Ngo Dinh Diem and his dictatorial style of leadership. Ngo Dinh Diem would later be assassinated on November 2, 1963.

Australia’s involvement in the Vietnam War began in 1962 with a small commitment of 30 military advisors, which increased over the following decade to a peak of 7,672 Australian personnel, following the Menzies Government’s 1965 decision to upgrade its military commitment to South Vietnam’s security. 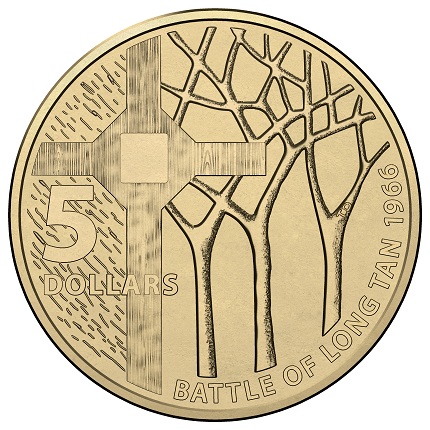 On August 18, 1966, forces from Australia and New Zealand encountered more than 2,000 Vietnamese and Viet Cong soldiers in the rubber plantation of Long Tan. A total of 17 Australians were killed in action and 25 were wounded, one of whom later died of his wounds, in what was the largest action fought by Australian forces during the Vietnam War. The South’s ensuing difficulty in staving off Communist gains and influence from the North was evident to the governments of the U.S. and Australia, who were becoming inundated with public protests against the war in Vietnam.

The withdrawal of Australia’s forces from South Vietnam began in November of 1970, when the 8th Royal Australian Regiment completed its tour of duty and was not replaced. A phased withdrawal followed, and by January 11, 1973, Australian involvement in hostilities in Vietnam had ceased. In all, a total of approximately 61,000 Australian soldiers participated during their eight years of activity, with 521 casualties listed and 3,000 wounded in action. The United States would not withdraw their remaining forces until 1975 with the fall of Saigon, capital of South Vietnam. In the early morning hours of April 30, 1975, the last U.S. Marines evacuated their embassy by helicopter.

The coin, which is in tribute to the bravery and sacrifice of Australian soldiers during the Battle of Long Tan, includes a depiction of the cross that was raised on the Long Tan rubber plantation in August of 1969, the third anniversary of the battle. 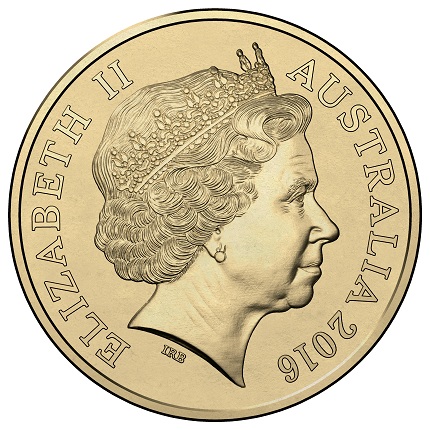 The obverse includes the effigy of HM Queen Elizabeth II designed by Ian Rank-Broadley and used on all Australian circulation coins since 2000.

The coin is packaged in a specially designed folder which includes images of the placing of the memorial cross in 1969. A special Vietnam War commemorative coin will also be released next month as part of the Mint’s sixth and final instalment of its Australia at War series.

For more information on this and other coins offered by the Royal Australian Mint, please visit their Web site.  International orders will be dispatched where applicable.