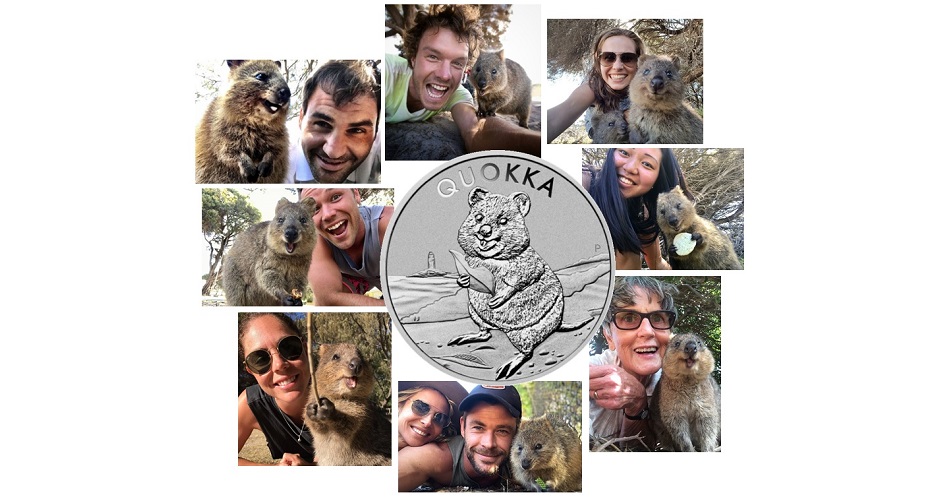 The Perth Mint has launched (27th August) new silver bullion coins which depict inarguably one of the most unique and popular marsupials in the country. The quokka, nicknamed the “world’s happiest animal,” has become something of a celebrity. Being tasked with finding a more endearingly adorable animal than the quokka would be almost impossible. With their quirky expressions, they always seem to be smiling and are also quite at ease in the company of humans. 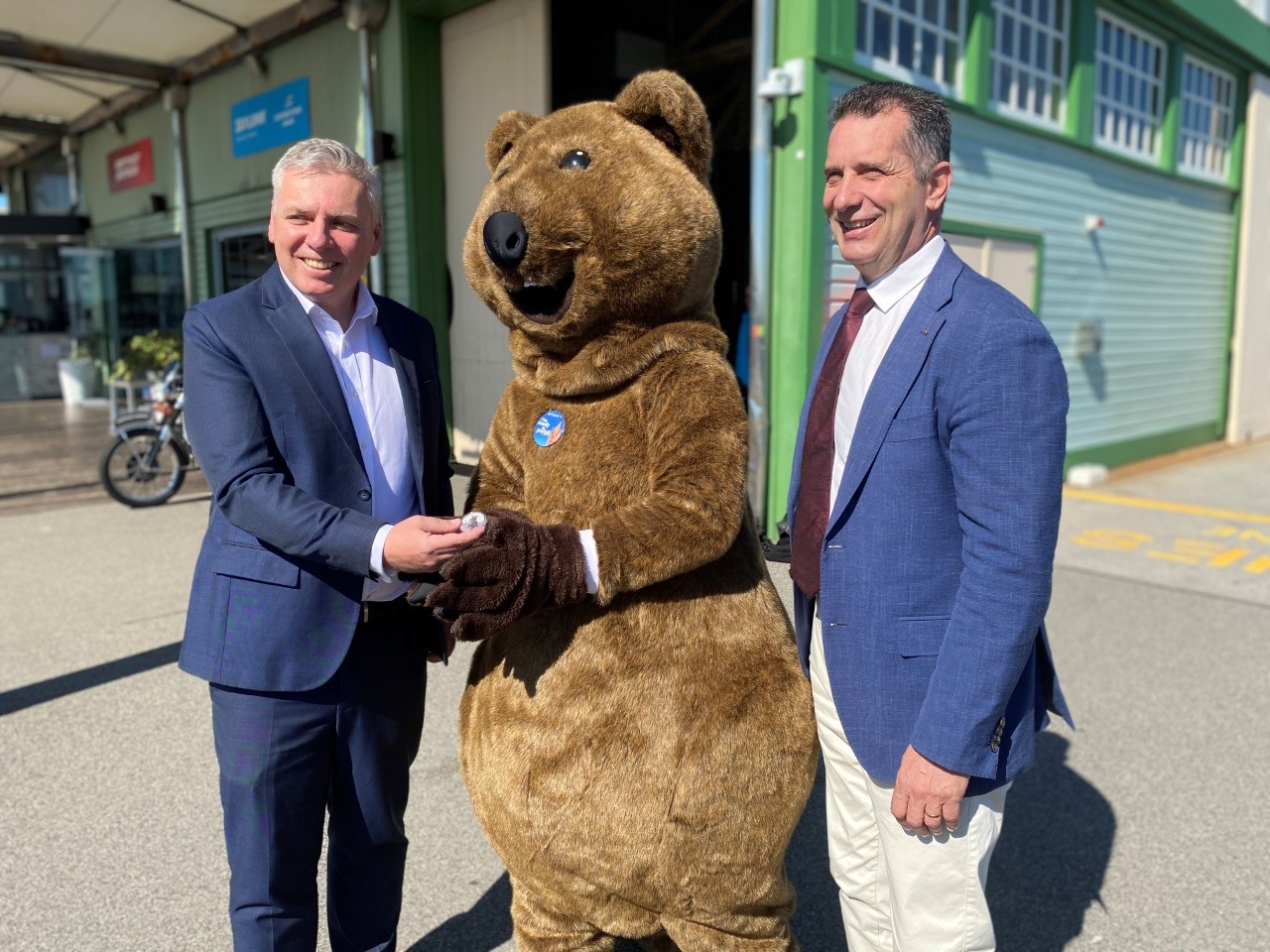 The silver one-ounce bullion quality coins were unveiled by the Minister for Tourism, the Hon. Paul Papalia MLA, and the Perth Mint’s General Manager for Minted Products Neil Vance. The quokka coin was specially launched in time for a calendar of activities and events hosted throughout September on Rottnest Island in an effort to make the coins available to tourists as an ideal memento of their visit to the state. Cherished by many Australians, the quokka achieved worldwide fame when tennis legend Roger Federer’s lovable quokka “selfie” in 2018 reached an international audience almost overnight. An irresistible subject for photographers who visit their habitat, quokkas have a friendly and curious nature and are often seen interacting with tourists and visitors. Adding to their appeal, furry-faced and smiling quokkas have earned an affectionate reputation for being the happiest animals on Earth. Perhaps because of Federer’s own success in capturing these endearing animals in his own photographs, the “quokka selfie” has become an enticing activity when visiting Rottnest Island, their primary habitat. 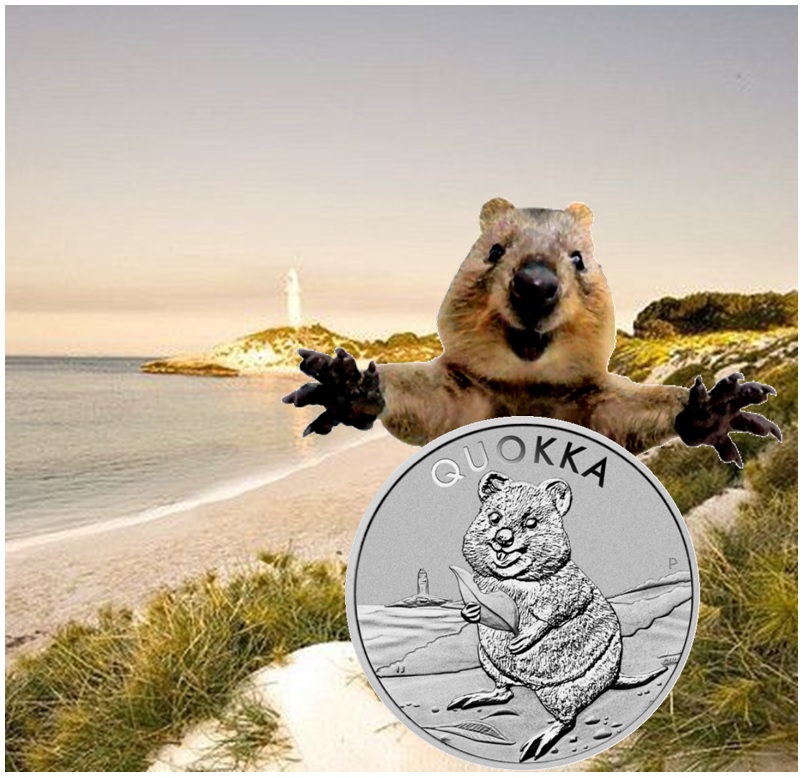 A small type of wallaby, quokkas are found mainly in the southwest region of Western Australia. They live in scattered populations among forest and coastal heath between Perth and Albany, and on Rottnest Island, which sits just offshore from the city of Perth. A protected nature reserve, the pest-free island of Rottnest is the quokkas’ last stronghold, which plays host to the greatest number of this particular marsupial. Quokkas lived alongside Aboriginal peoples long before Dutch explorer Willem de Vlamingh mistook them for giant rats in 1696. Once plentiful on mainland Australia, they’re now classified as vulnerable, having suffered from predation by dingos and the arrival of European foxes. Just a few kilometres off the coast of Perth, the pest-free island of Rottnest is the quokkas’ last stronghold with an estimated population of 12,000 quokkas. They weigh between 2.5 to 5.0 kilograms (5.5 to 11.0 pounds) and are 40 to 54 centre metres (16 to 21 inches) long with a 25 to 30 centre metre-long (9.8 to 11.8 inch) tail, which is relatively short for a macropod. Quokkas have a stocky build, well developed hind legs, rounded ears, and a short, broad head, and though well known to readily approach humans, they are primarily nocturnal creatures. 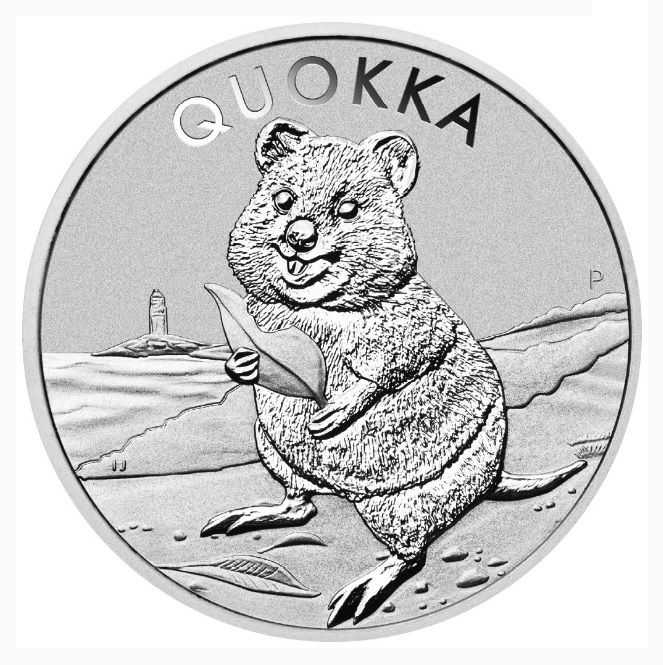 The coin’s reverse portrays a quokka on a beach along with the 171-year old Wadjemup Lighthouse, which is Western Australia’s first stone lighthouse and seen in the background. Standing on its hind legs, the herbivorous marsupial is eating its preferred diet of leaves. The design includes the inscription QUOKKA and the Perth Mint’s P mintmark. As an added measure of security, each coin’s reverse includes a micro-laser engraved letter within the design and is only detectable under a magnifying glass. 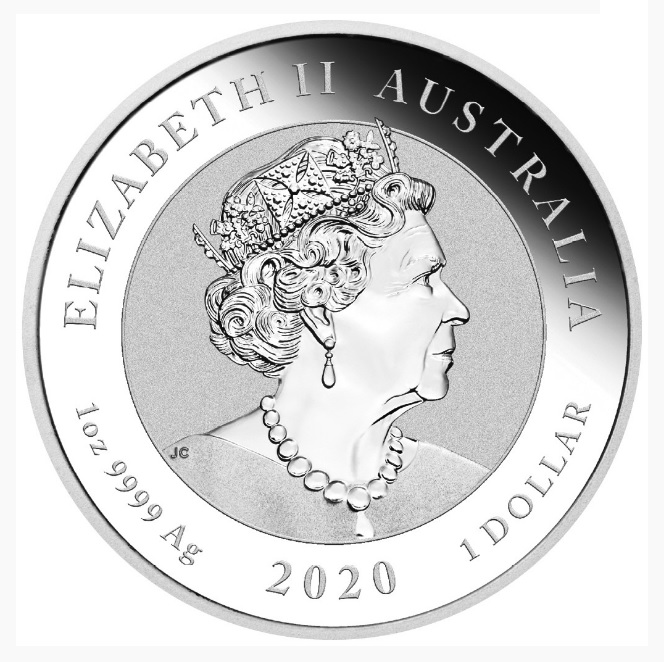 The obverse side includes the Commonwealth effigy of HM Queen Elizabeth II created by engraver Jody Clark and introduced onto Australian coinage this year. The denomination of 1 DOLLAR and year of issue, 2020, are placed below the Queen’s likeness. 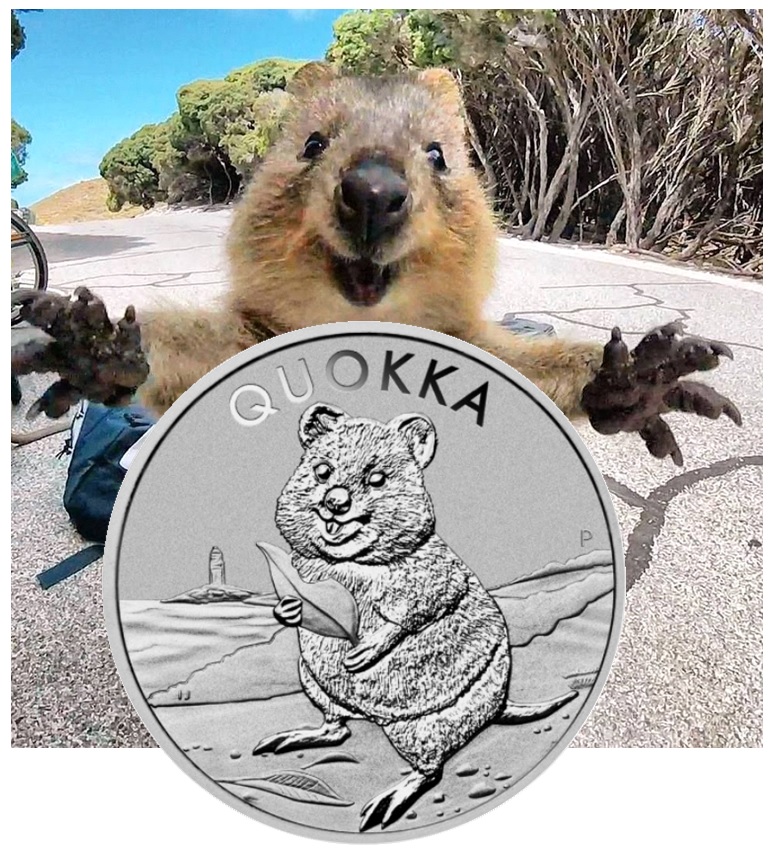 With a mintage of 30,000 worldwide, 15,000 pieces will be available outside Australia. Each bullion-quality strike is presented in an individual acrylic capsule and is available as single or multiple purchases in quantities of 10, 20, or 100 pieces. For additional information, please visit the Perth Mint’s website.