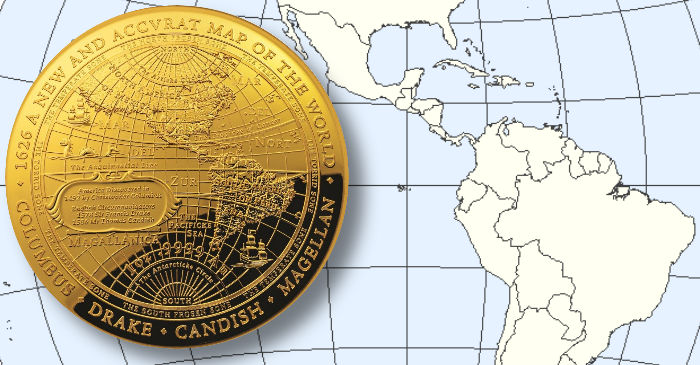 The Royal Australian Mint has issued (6th August) new gold coins which are a follow-up to the popular convex-shaped coin featuring exploration and discovery that highlighted some of the world’s most intriguing maps of their day. The first coin in this interesting series highlighted the 1812 map of James Cook (1728–1779), which included astonishingly detailed information and depictions of continents, coastlines, and even currents enabling future explorers and merchants to open lucrative trade routes and better navigate their ships. The map included illustrations of the two hemispheres and detailed information about the two southern continents, South America and Australia, which was not previously seen. Artistry, craftsmanship, and history combine in a new gold-domed coin which is the second and final release in the popular Terrestrial Gold Dome series.

The new coin focuses on the subject of exploration and features a design which captures the Western Hemisphere depicted on a richly-decorated map that was published in 1626 by Englishman John Speed (1552–1629), a prominent cartographer during the Stuart era. Speed was, without doubt, the most famous English cartographer of any period — a result of his atlas which was published as ”The Theatre of the Empire of Great Britaine.” His skills at creating individual maps were the best known of their era and among the most sought-after of all maps known at the time. The maps themselves were derived from the best and most up-to-date sources available, but Speed also made innovations of his own by introducing town plans on many of the maps. He also included county boundaries on almost all of his maps and the coats of arms of local earls and dukes, in addition to the royal arms. The overall effect produced very decorative, attractive, and informative maps.

The design of the 1626 A New Map of the World coin reflects the detailed artwork of a beautiful and fascinating 17th-century map and truly captures the excitement and opulence of an age of discovery. It is noteworthy to mention that his map of the world and the Americas shows California depicted as an island. It is amongst the earliest ever printed to depict this 17th-century cartographic “fact” which was later dispelled when the peninsula of Baja California was more accurately detailed. 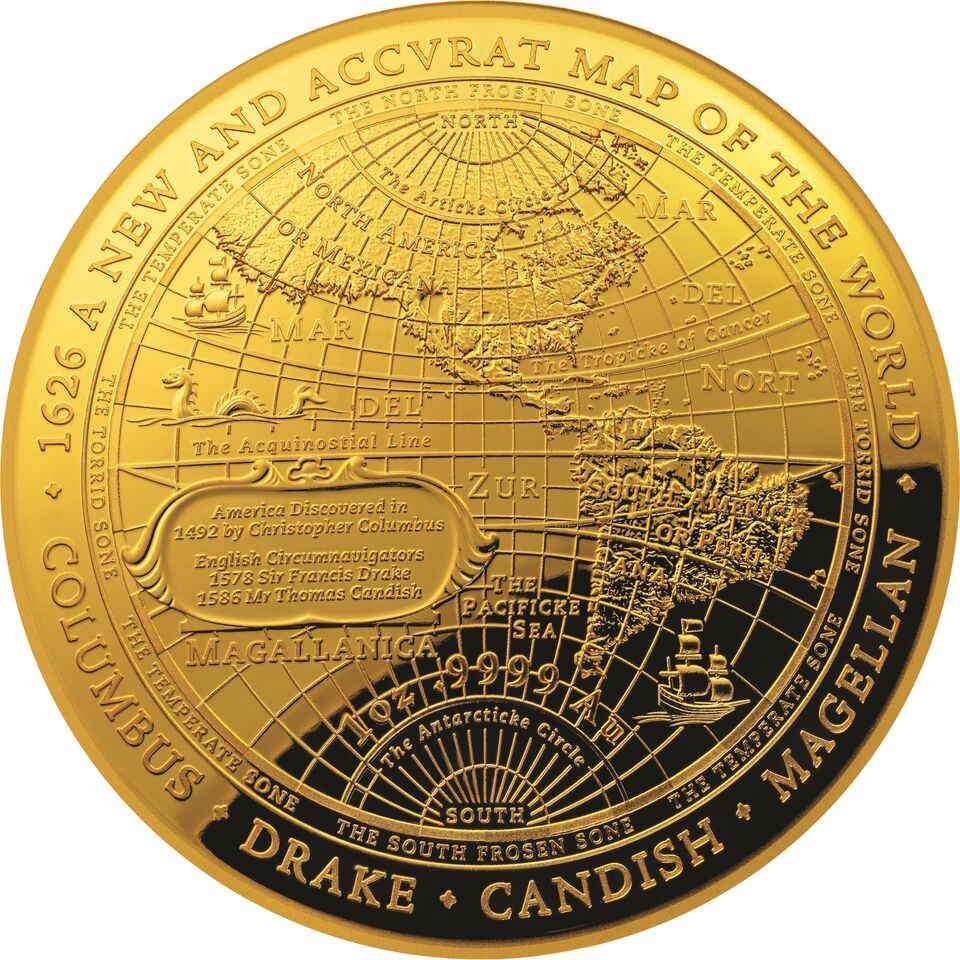 The reverse of the coin intricately details the Western Hemisphere of the 1626 two-panel map that depicts a rendition of what was believed to be an accurate outline of North and South America, along with all of the labelling seen on the original work. Above the primary design is the text 1626 A NEW AND ACCVRAT MAP OF THE WORLD, with the names of the then-famous explorers whose efforts discovered the new lands: COLUMBUS – DRAKE – CANDISH – MAGELLIN, positioned below the map. The obverse includes the effigy of HM Queen Elizabeth II designed by Ian Rank-Broadley and has been used on all circulation coinage in Australia since 1999. The coin’s denomination of 100 DOLLARS is placed below the Queen’s effigy. 2018 is the last year when this effigy will be used, since, in 2019, a new portrait will be introduced. 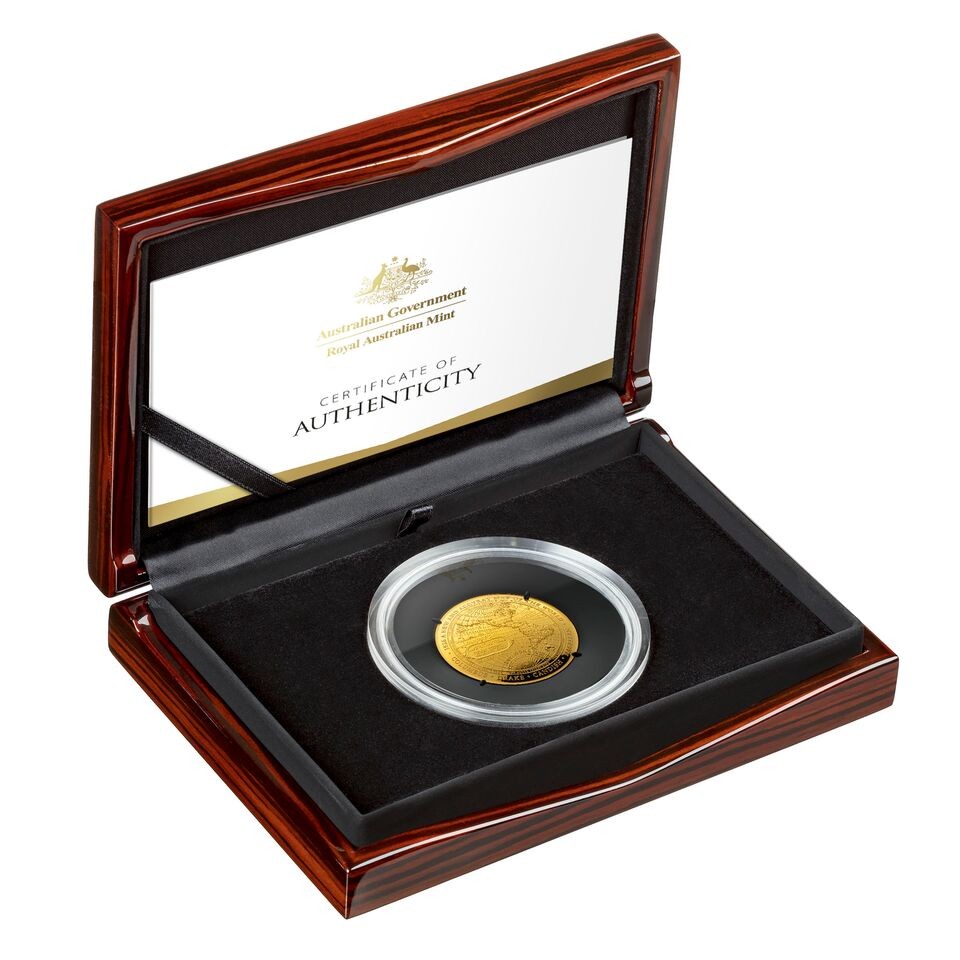 The new 2018 $100 gold Proof domed coin will be presented in a custom polished wooden case and is accompanied by a numbered certificate of authenticity which reflects the magnificence of the era of discovery. The coins, which are limited to just 750 pieces, are expected to appeal to collectors worldwide, thus securing an order is highly recommended. For additional information about this coin and others available from the Royal Australian Mint, please visit their website.