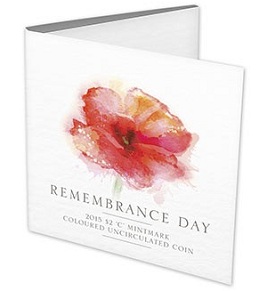 The Royal Australian Mint has issued a new $2 circulation coin with a color application on the occasion of Remembrance Day, a yearly observance in the United Kingdom and many Commonwealth countries that grew out of the end of World War I.

The solemn day of remembrance is set aside to reflect on the battles and losses sustained over more than four years of the First World War, instigated by the assassination of the heir to the throne of the Austro-Hungarian Empire, the Archduke Franz Ferdinand, and his wife Sophie while on an official visit to Sarajevo. A dreadful chain of events resulted, in which treaties of alliance and defense were initiated between Austria-Hungary and the German Empire against Serbia, who was allied with the Russian Empire. 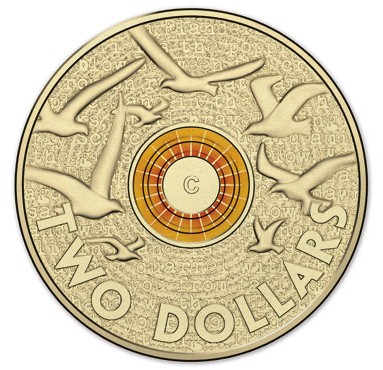 Treaties of defense also brought in the French and British on the side of Russia and Serbia, and the Ottoman Empire on the side of Austria-Hungary. Within one short year, the armies of these European super-powers found themselves on the battlefield in Belgium, fighting for every inch of territory in parts of Europe that would emerge later as independent countries after the defeat of their defending armies.

In late 1917, the United States entered the war on the allied side of Great Britain and France, as Russia dropped out of the fighting to launch its own revolutionary war after the abdication of Czar Nicholas II. After more than four long years of bloody battles, intensified by the introduction of new tactics and weapons like machine guns, tanks, and chemical weapons, the Armistice was enacted and the combat of the First World War ceased at 11 am on the 11th of November, 1918. The world was again at peace; since then, Remembrance Day has held a special meaning in the hearts of many countries that are part of today’s Commonwealth—especially Australians, who sent troops to Europe as part of a greater fighting force under British command. 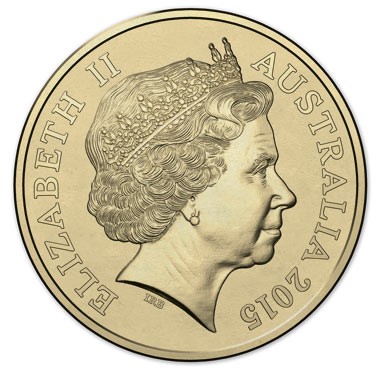 The reverse side of the coin features an inscription of text from the poem “In Flanders Fields,” as well as sculpted larks surrounding soft, orange rings reminiscent of the sunset glow cited in the poem written by John McCrae, a physician from Canada who served on the battlefields of Ypres under some of the worst conditions. The obverse includes the effigy created by Ian Rank-Broadley, which has been used on Australian circulation, commemorative, and collector coins since 2000.

The coin also marks one hundred years since “In Flanders Fields” was first heard. Over two million circulation quality Remembrance Day coins are being produced for national distribution after their launch date. For a limited time only, the Australian public will be able to buy a pack of five circulating coins at face value ($10), plus postage and handling via the online shop. A collectible version in special themed packaging is also available for $12.50. 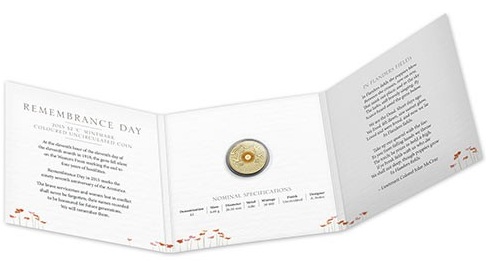 The Royal Australian Mint will be in Canberra and popping up in rural centers as part of “The Changeover Tour,” with New South Wales as the first stop. A coin swap will take place in these areas to exchange all of the 2015 commemorative circulating coins as well as other special collectible products.