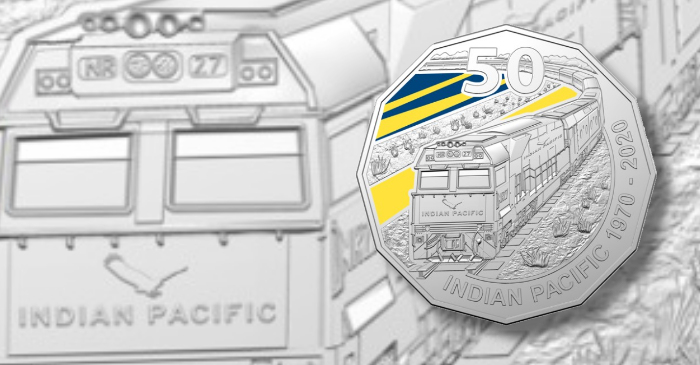 The Royal Australian Mint has released new commemorative 50-cent coins which are in celebration of the 50 years of the journey beyond rail expeditions’ revered Indian Pacific service. The service, which is truly one of the only genuine worldwide coast to coast railway lines, celebrates the 50th anniversary of its founding.

The service only came into being when the remaining narrow gauge parts of Australia’s east-west rail corridor was gauge converted to standard gauge in 1966. At this time, the country’s Department of Railways of New South Wales, South Australian Railways, Commonwealth Railways, and Western Australian Government Railways agreed that a through passenger service from Sydney Central Station on the Pacific coast to the East Perth Terminal on the west coast should now become a reality.

On the 23rd February 1970, the first Indian Pacific service left Sydney, becoming the first direct train to cross the vast Australian continent. The Indian Pacific, named for the two oceans that the train reaches on its journey, travels from Sydney across the Nullarbor, the flat, almost treeless, arid region of southern Australia. The entire journey, which includes the longest straight stretch of railway track in the world, 478 kilometres (297 miles) stretch across the Nullarbor and it takes a total of four days to cross. The Indian Pacific is considered one of the great railway journeys in the world, whose wedge-tailed eagle logo of the Indian Pacific reflects the unique and ancient landscapes that are enjoyed by its passengers. The inaugural journey almost 50 years ago was a significant achievement in Australia, which has now developed into the all-inclusive guest experience today with regionally-inspired food and wine, world-class service, and off-train excursions. 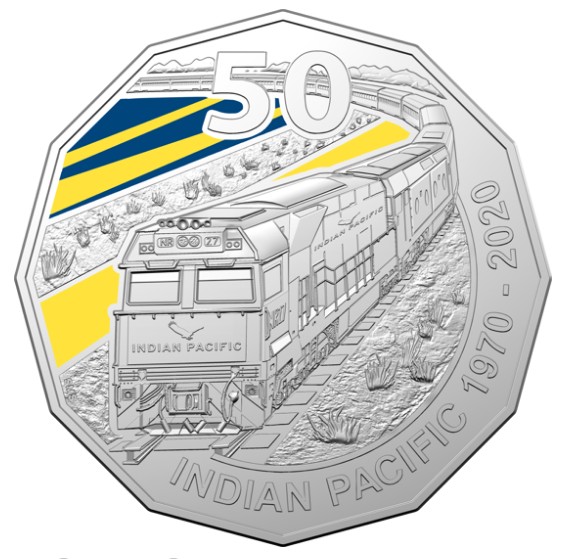 RAM artist Stevan Stojanovic designs the new colour-designed 12-sided 50-cent coins depicting the iconic Australian Indian Pacific train. The reverse side depicts a familiar image of the Indian Pacific Train traversing its way over the tracks on the vast path of the Sydney — Perth crossing. The train shows the distinctive logo on its front engine along with the commemorative text INDIAN PACIFIC 1970 – 2020 placed under and towards the right edge of the primary design. The denomination of 50 is super-imposed and placed along the upper edge. 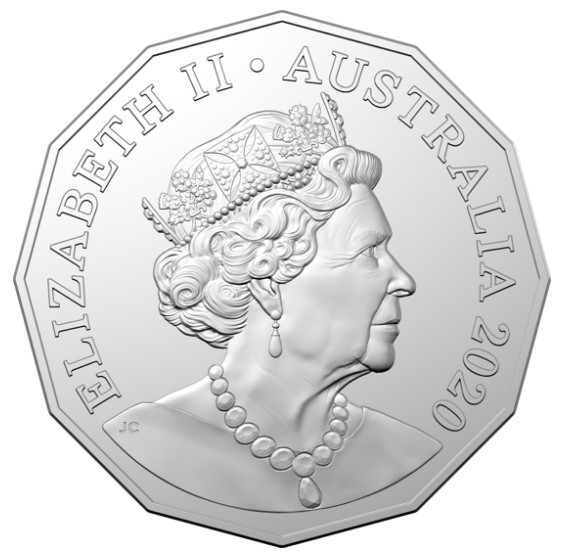 The obverse includes the Commonwealth effigy of HM Queen Elizabeth II created by Jody Clark and introduced onto Australian coinage from 2019. 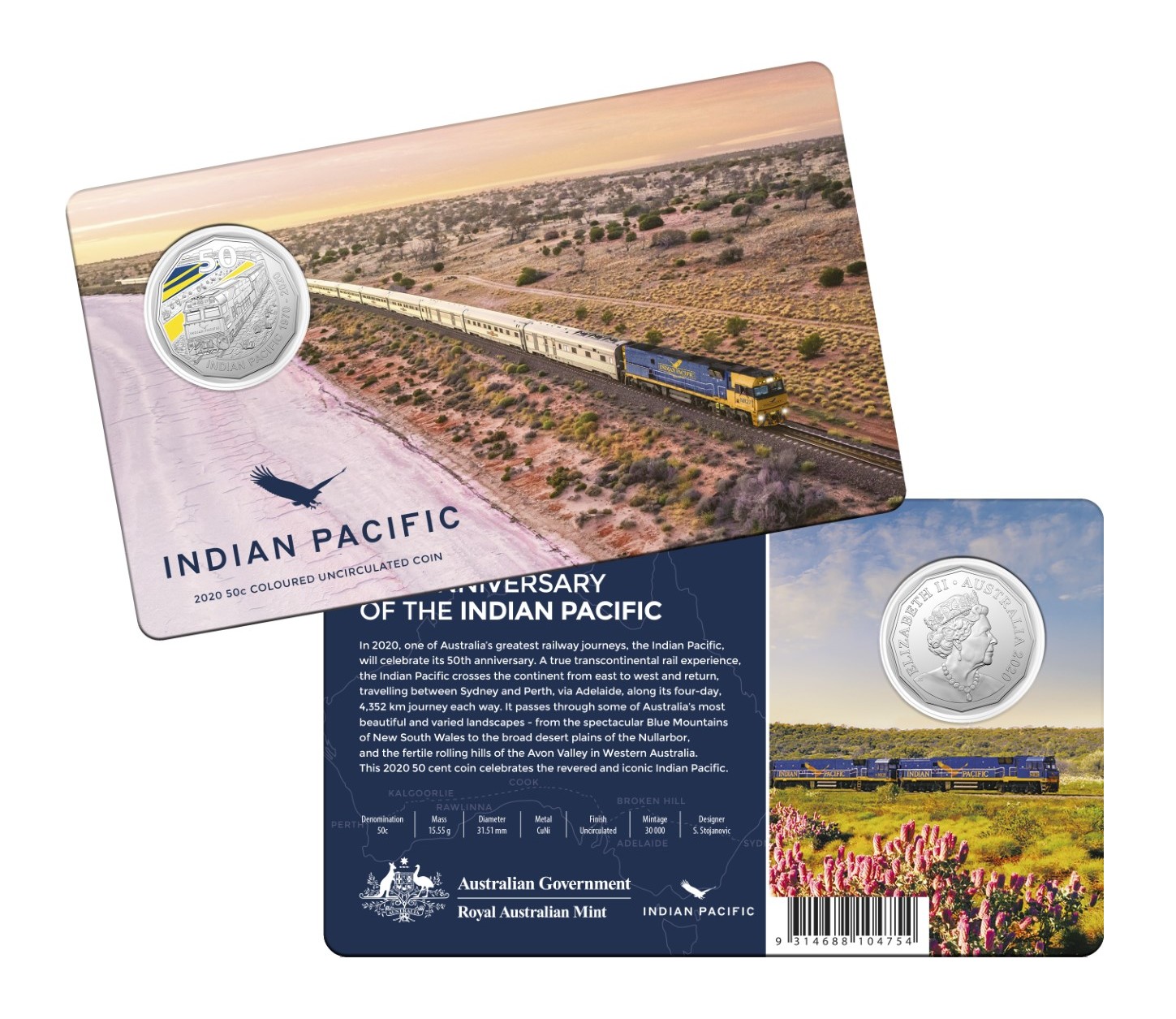 The third coin in this series, the new 50th anniversary of the Indian Pacific 2020 50-cent coloured Uncirculated coins are available in a limited mintage of 30,000 pieces. Each coin is presented in a colourful coin-card format which includes information about the anniversary and specifications of the coin itself. For additional information about this coin and others available from the Royal Australian Mint, please visit their website.