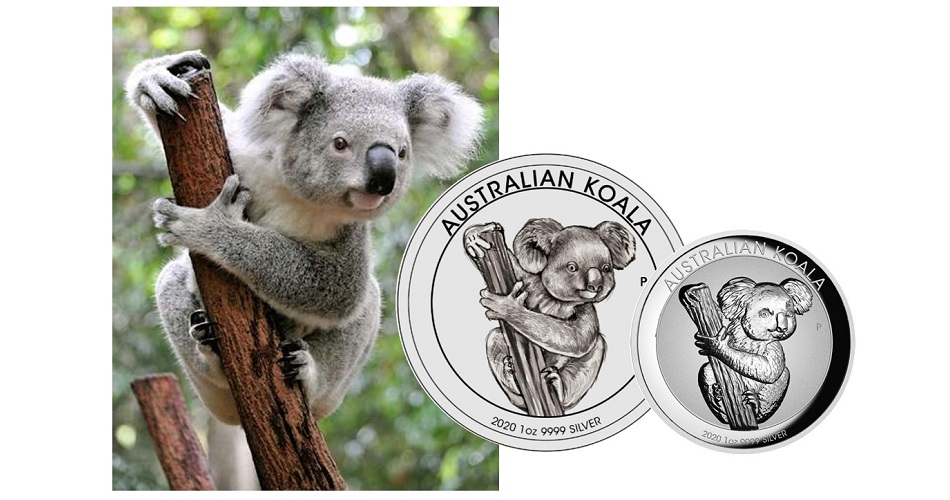 The Perth Mint has released (4th August) new one-ounce silver strike coins which are an addition to the current Australian Koala coin series. This silver release features an incused impression of Australia’s most endearing marsupials, the koala, which last year was front and centre in the news as many koalas were caught in the country’s worst-ever raging forest fires. Koalas are tree-dwelling creatures, whose main diet consists of eucalyptus leaves, and tend to move rather slowly. They’re found mostly in coastal areas of the mainland’s eastern and southern regions, typically inhabiting open eucalypt woodlands in Queensland, New South Wales, Victoria, and South Australia. Adult Koalas can weigh up to 14 kilograms (31 pounds) and grow in length of 60 to 85 centre metres (24 to 33 inches). Curiously, koalas are asocial animals, meaning they are essentially content with their own company and bonding exists only between mothers and dependent offspring. After a brief encounter during mating, female koalas give birth to underdeveloped young that crawl into their mothers’ pouches, where they stay put for the first six to seven months of their lives. These young koalas, known as “joeys,” are fully weaned at around a year old and do not return to the pouch. In the wild, koalas have few natural predators and parasites. Still, they are threatened by various pathogens, such as gram-negative bacteria and the koala retrovirus, an immune deficiency syndrome that leaves infected koalas more susceptible to infectious disease. Koalas, which are part of the marsupial family, are often incorrectly referred to as bears. This may be due to their physical characteristics of a large head with round, fluffy ears and a large, spoon-shaped nose. 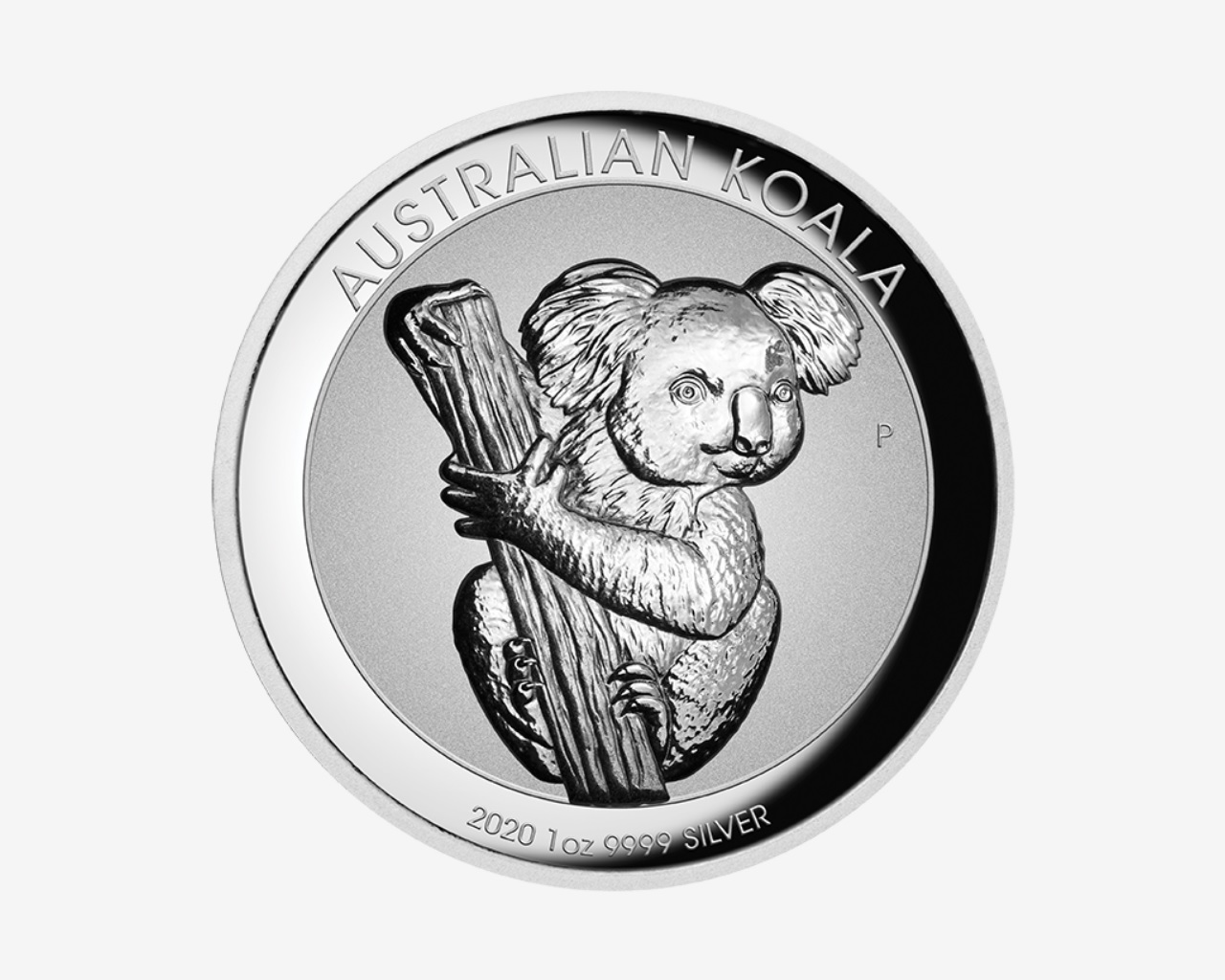 The coins are produced by the Perth Mint at their facilities in Western Australia and designed by Ing Ing Jong. The reverse side of a koala clutching the top of a tree-trunk is highlighted by utilising the technique of a raised high relief that has been recessed below the coin’s surface to create an impressively detailed incused strike, as well as a Prooflike finish. The text AUSTRALIAN KOALA is placed above the primary design, and the year of issue is shown below. 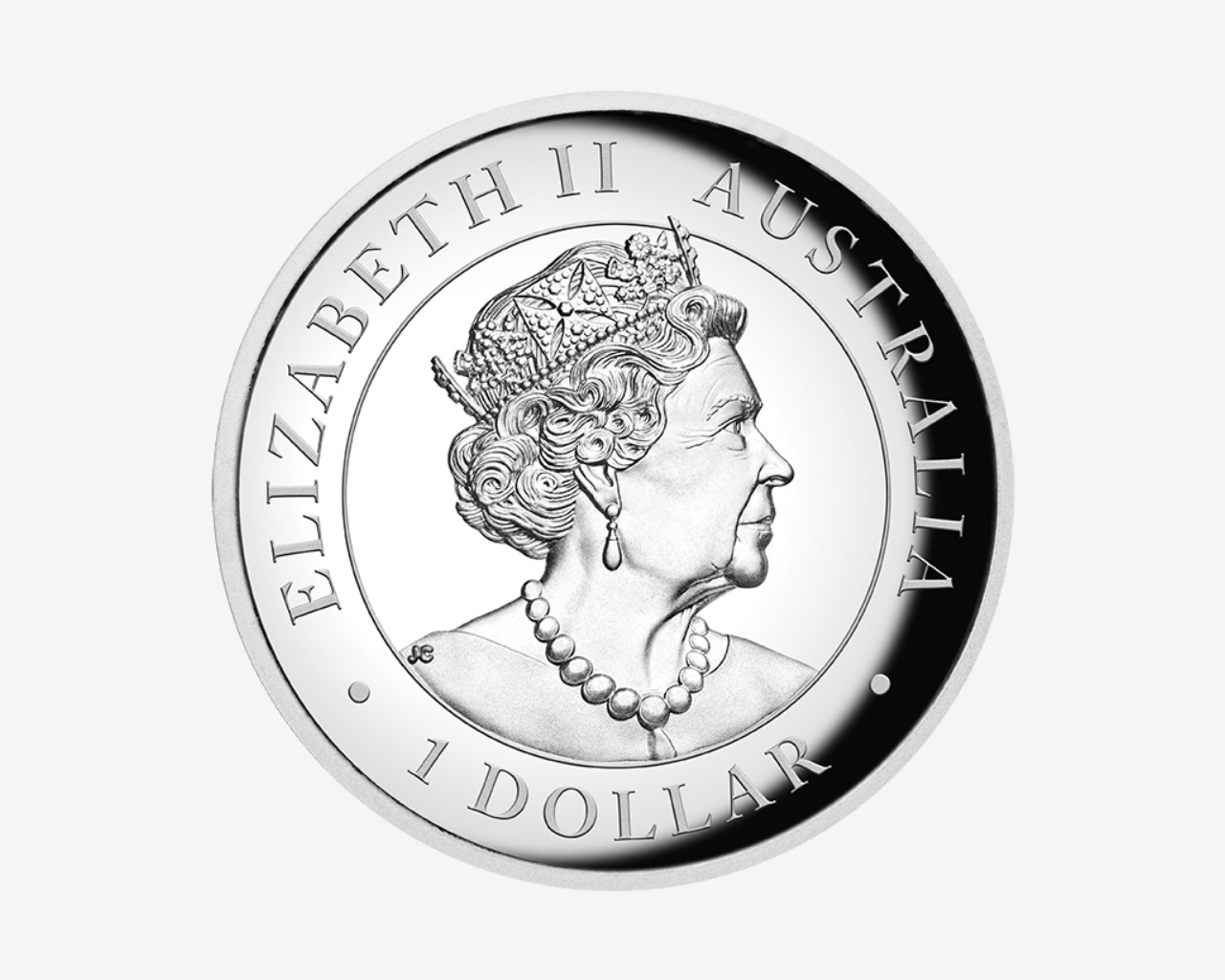 The obverse features the Commonwealth effigy of Her Majesty Queen Elizabeth II created by Jody Clark, which was officially introduced onto Australian coinage this year. The denomination of 1 DOLLAR is placed below the Queen’s likeness. 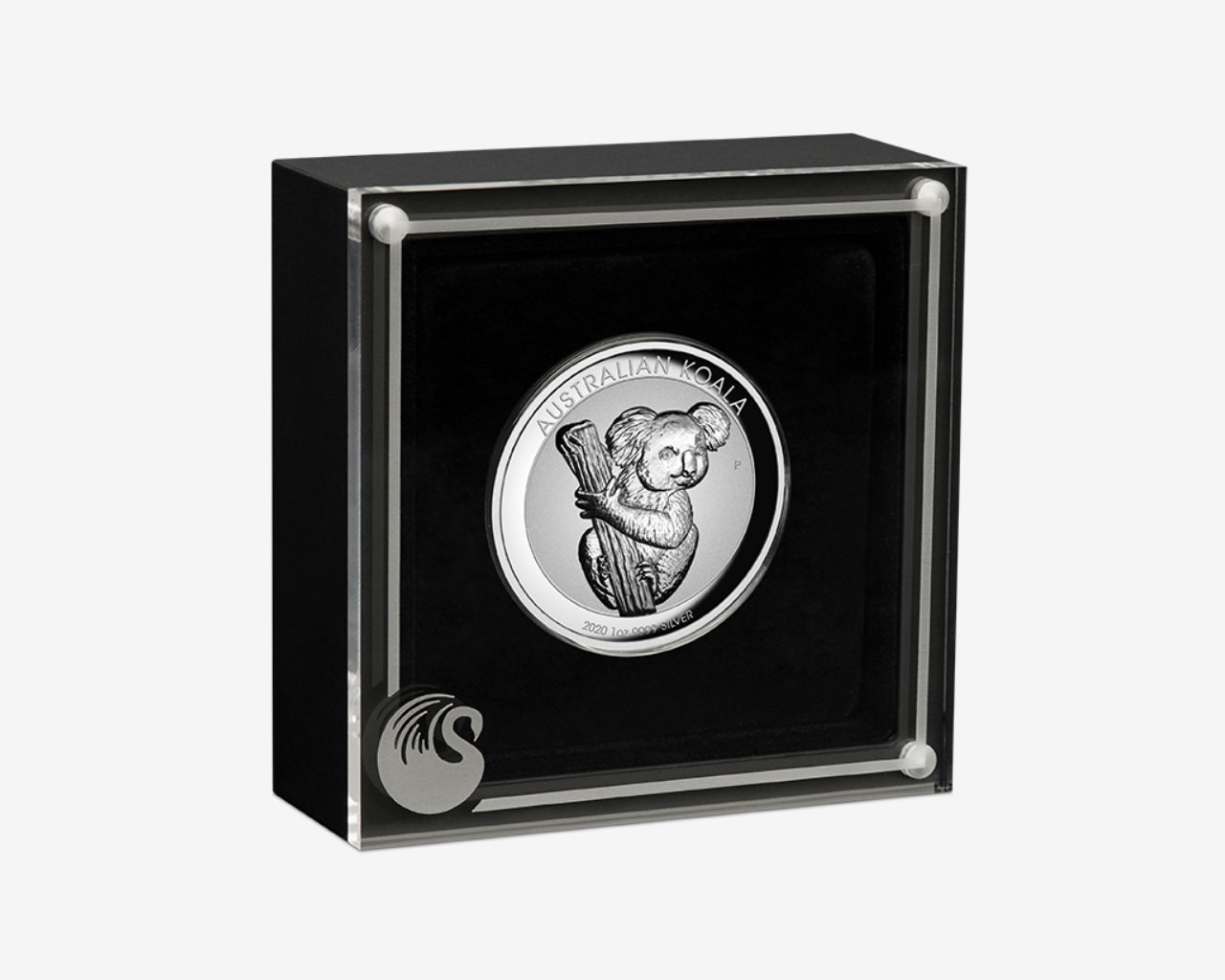 Each coin is housed in a classic style display case with a clear lid. Packaged with an illustrated outer protective box, each coin is accompanied by a numbered certificate of authenticity. For additional information about this coin and other coins available from the Perth Mint, please visit their website.