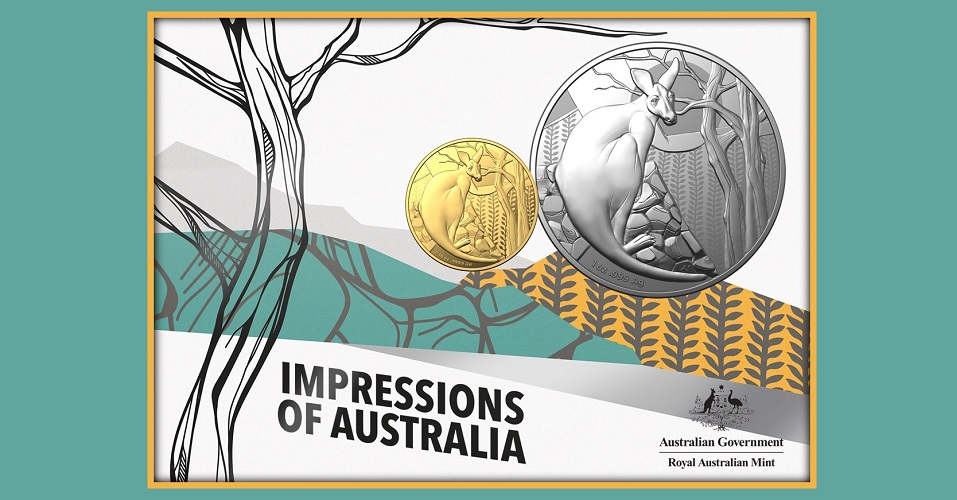 The Royal Australian Mint has released their latest Kangaroo collector coin series produced in both gold and silver. Immortalised on silver bullion coinage since 1993, Australia’s most iconic animal features as the primary design on their ongoing Kangaroo silver ounce series, now in its 29th year. The kangaroo was first recognised as an official symbol of Australia when it was included on the nation’s coat of arms in 1908. The first depiction of the kangaroo was in 1910 with the minting and release of new silver coinage ranging from three pence to two shillings. The four coins included the Australian crest on the reverse and an effigy of King Edward VII on the obverse.

Primarily found in the southern part of Western Australia, South Australia near the coast, and the Darling River basin, kangaroos are the only large animals to use hopping as a means of movement and propulsion — up to 25 feet in distance. They have large powerful hind legs, large feet designed for leaping, a long muscular tail for balance, and a small head. Since kangaroos are not greatly bothered by predators, apart from humans and occasional dingoes, as a means of defence, a kangaroo will back against a tree and kick with clawed hind feet at an adversary, sometimes with enough force to kill an adult human. Based on research with red kangaroos, eastern greys, and red-necked wallabies, researchers have found the animals are primarily left-handed, true “south-paws,” as they predominantly use that hand for tasks such as grooming and eating about 95% of the time. 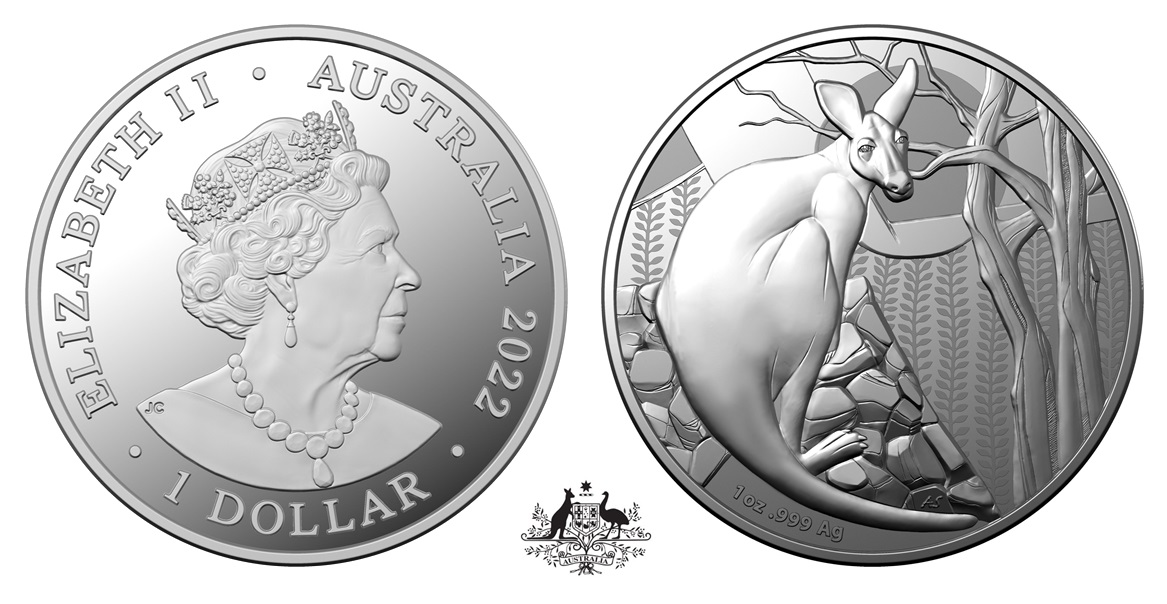 Designed by graphic artist Aleksandra Stokic, the 2022 reverse design is shared on all three versions and features a kangaroo in all its glory and pays homage to the great Australian Impressionists. An informal and evocative style evokes the play of light and shadows unique to Australia’s flora and fauna. The kangaroo is shown stationary and glancing in a slight backward direction. The weight and metal are shown below the primary design. 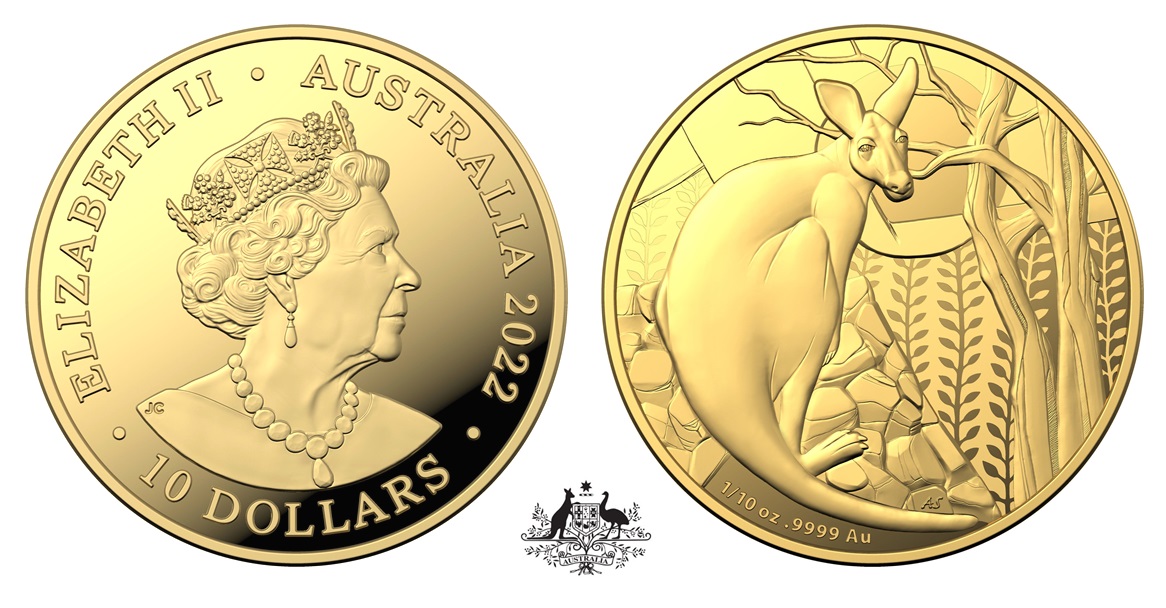 The obverse bears Jody Clark’s commonwealth effigy of HM Queen Elizabeth II. The denomination of 10 DOLLARS (gold) or 1 DOLLAR (silver) are shown below the Queen’s likeness with the year of issue 2022 included with the country of issue.

The Proof strikes of both gold and silver coins are encapsulated and presented in a custom case accompanied by a certificate of authenticity. The Brilliant Uncirculated strikes are encapsulated and available through the website of the Royal Australian Mint or a reputable bullion dealer. For additional information, please click here.