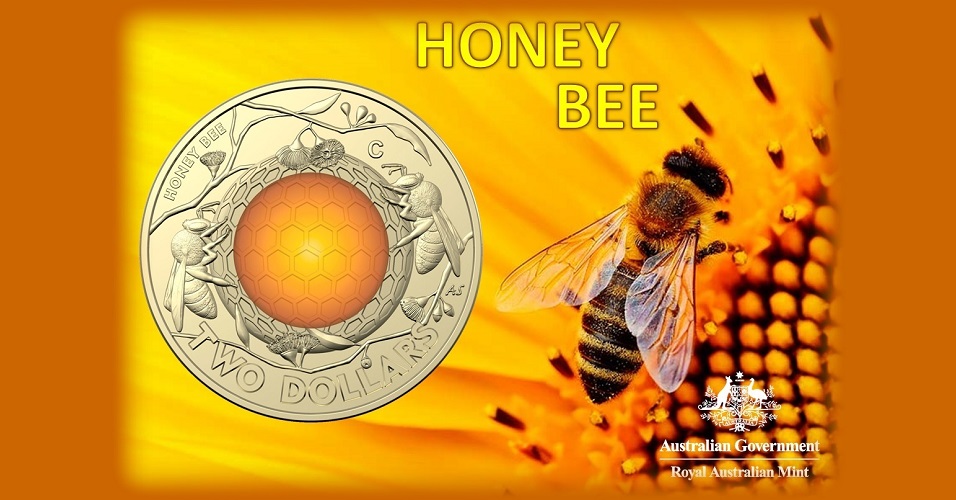 The Royal Australian Mint, in collaboration with the Australian Honey Bee Industry Council, have released new $2 colour coins which honour the small yet mighty honey bee and Australia’s honey bee industry. 2022 marks the bicentenary of the establishment of the industry when in 1822 the European honey bee was successfully introduced and adapted to Australia’s climate and flora. These industrious insects have been solely responsible for producing the majority of Australian honey. Amazingly, while there are more than 1,500 species of native Australian honeybees, they tend to produce far less honey than the introduced European species. 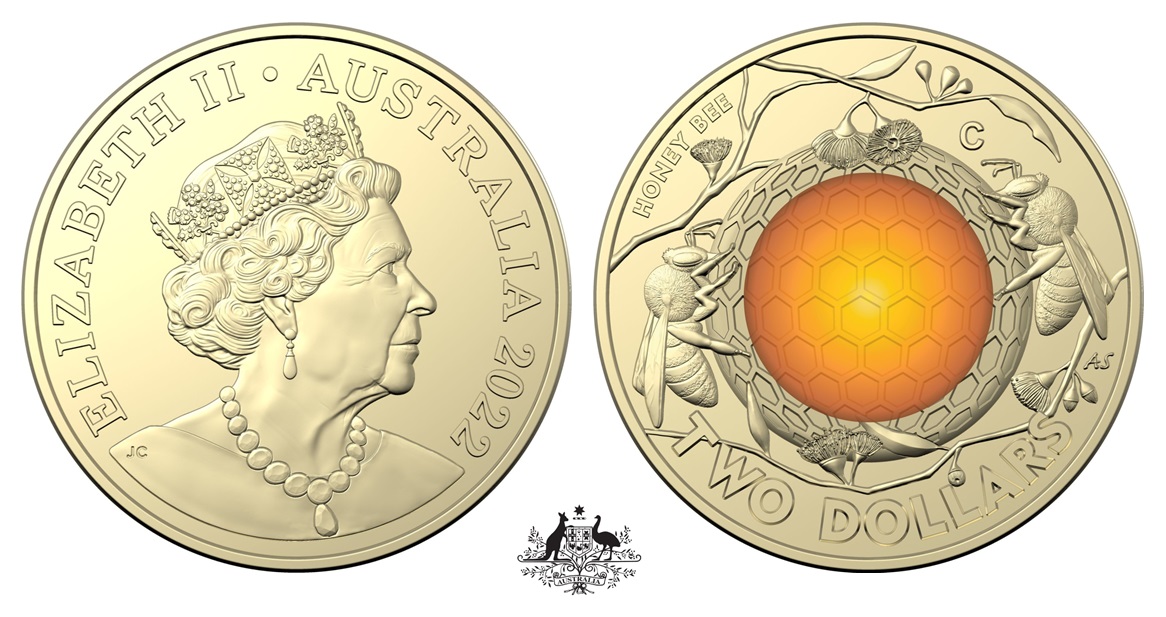 Designed by Royal Australian Mint artist Aleksandra Stokic, the centre of the coin features a honeycomb sphere illuminated in a golden yellow colour. Around the edge of the honeycomb are two European honey bees alongside a selection of native Australian flora including branches, flowers, and leaves of the eucalyptus tree. Below the primary design is the coins’ denomination TWO DOLLARS and seen to the upper-left is the text HONEY BEE. A C mintmark representing Canberra is also included and placed just to the upper-right on the design. The obverse side features Jody Clark’s Commonwealth effigy of Her Majesty Queen Elizabeth II. The year 2022 is also shown in the legend above the effigy. 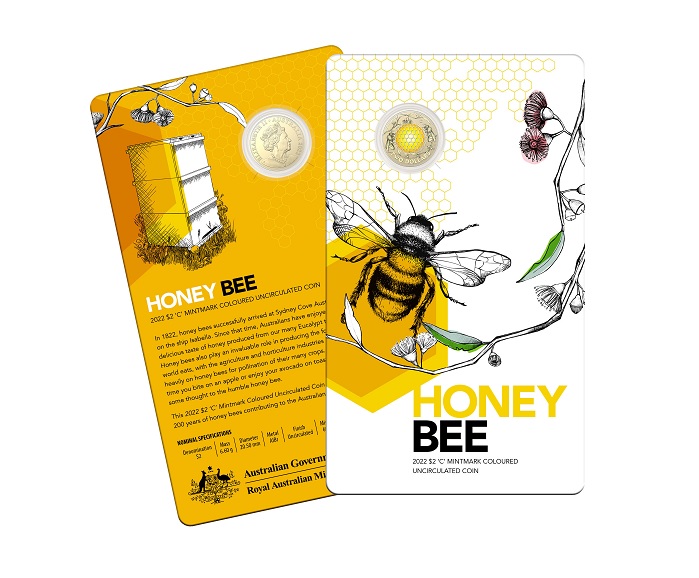 The Brilliant Uncirculated coins are presented in a coin-card format which includes illustrations and informative text about the honey bee and the Australian Honey Bee Industry Council. For more information about this range of coins, please visit the website of the Royal Australian Mint.