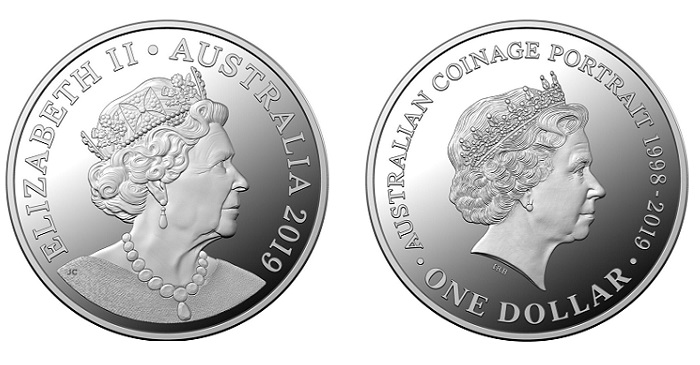 The Royal Australian Mint has officially unveiled the first new commemorative one-dollar coins that will include the Queen’s new effigy, which is set to be included on all circulation and many collector coins from 2019 onwards. His Excellency General, the Honourable Sir Peter Cosgrove AK, MC, Governor-General of the Commonwealth of Australia, was present to reveal the first Australian coins to feature the new portrait of Her Majesty Queen Elizabeth II, signalling the impending transition to a new effigy on all Australian coinage. The Royal Australian Mint announced in April of this year that the Clark effigy had been chosen to replace the portrait created by Ian Rank-Broadley, which was seen on Australian coinage for the last 20 years.

The portrait to be used on Australian coins is the Jody Clark Commonwealth effigy, an adaption of the United Kingdom’s effigy. Both effigies show the side profile of HM the Queen wearing a diamond diadem crown, and, in keeping with tradition, the Queen continues to face right. A noticeable difference between the effigy seen on the coins issued in the United Kingdom and Australia’s portrait is that the Commonwealth effigy includes Her Majesty’s shoulders and features the Victorian coronation necklace. On Royal Mint coinage, the portrait does not feature the Victorian coronation necklace or Her Majesty’s shoulders. Jody Clark’s design for the Commonwealth effigy was chosen through a competition commissioned by the Royal Mint’s Advisory Committee in the United Kingdom.

Produced by the Royal Australian Mint, the commemorative coins are the first in Australia to use the new Commonwealth effigy designed by Jody Clark, an engraver from the United Kingdom’s Royal Mint. Marking a new era of coinage in Australia, the coins also feature the familiar portrait by Ian Rank-Broadley on their obverse, used on all Australian coins since 1998 and will cease to be used next year. 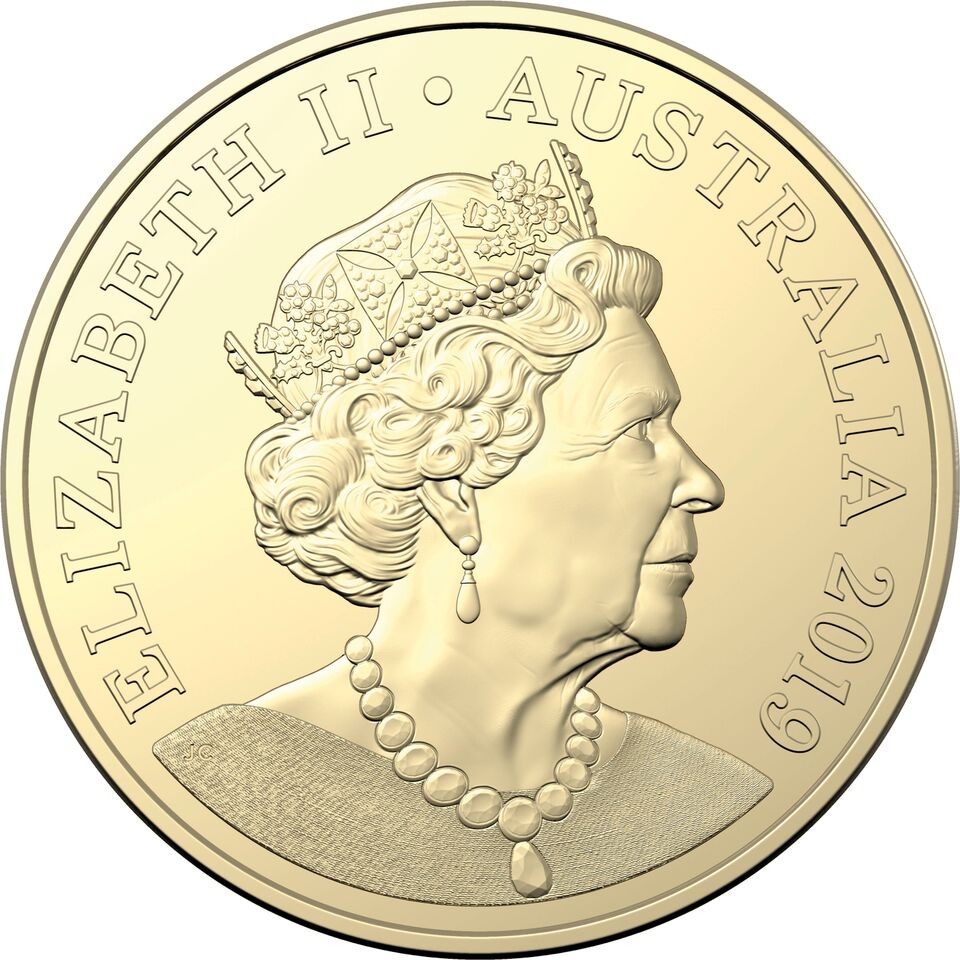 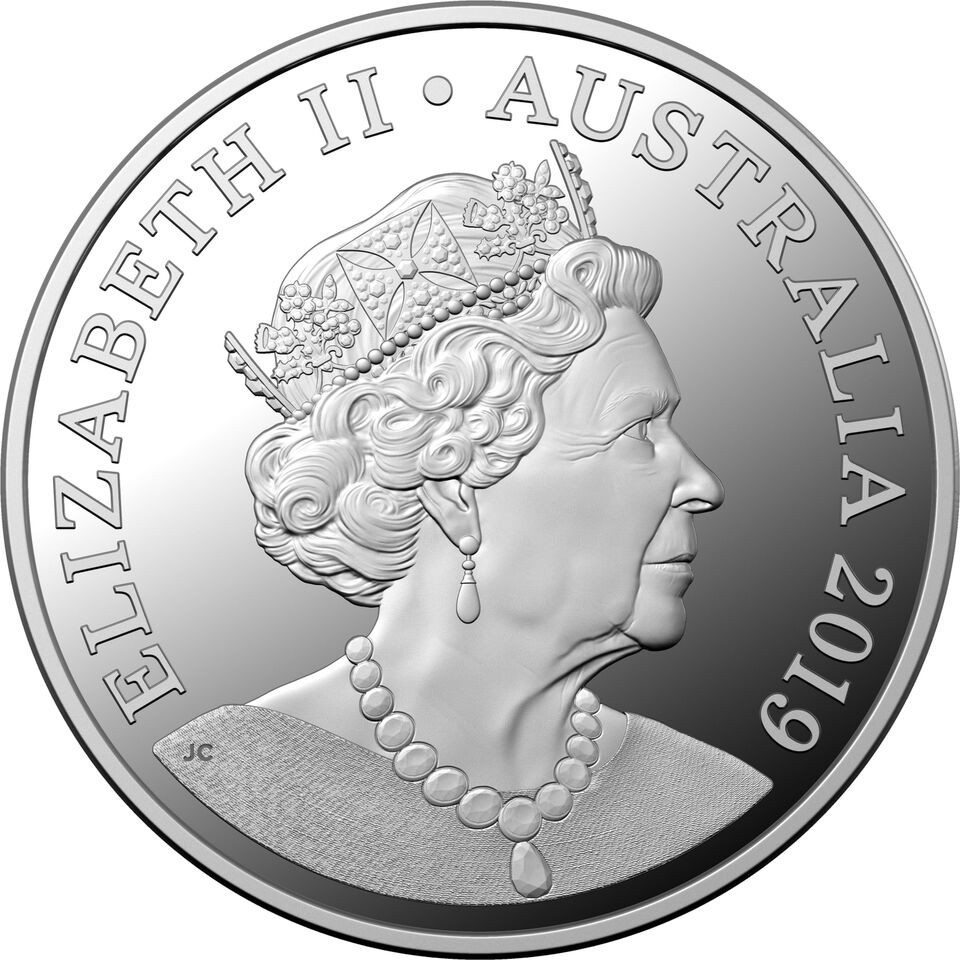 The coins will include the new effigy designed by Jody Clark on the obverse. The effigy is encircled by the inscription ELIZABETH II • AUSTRALIA 2019. 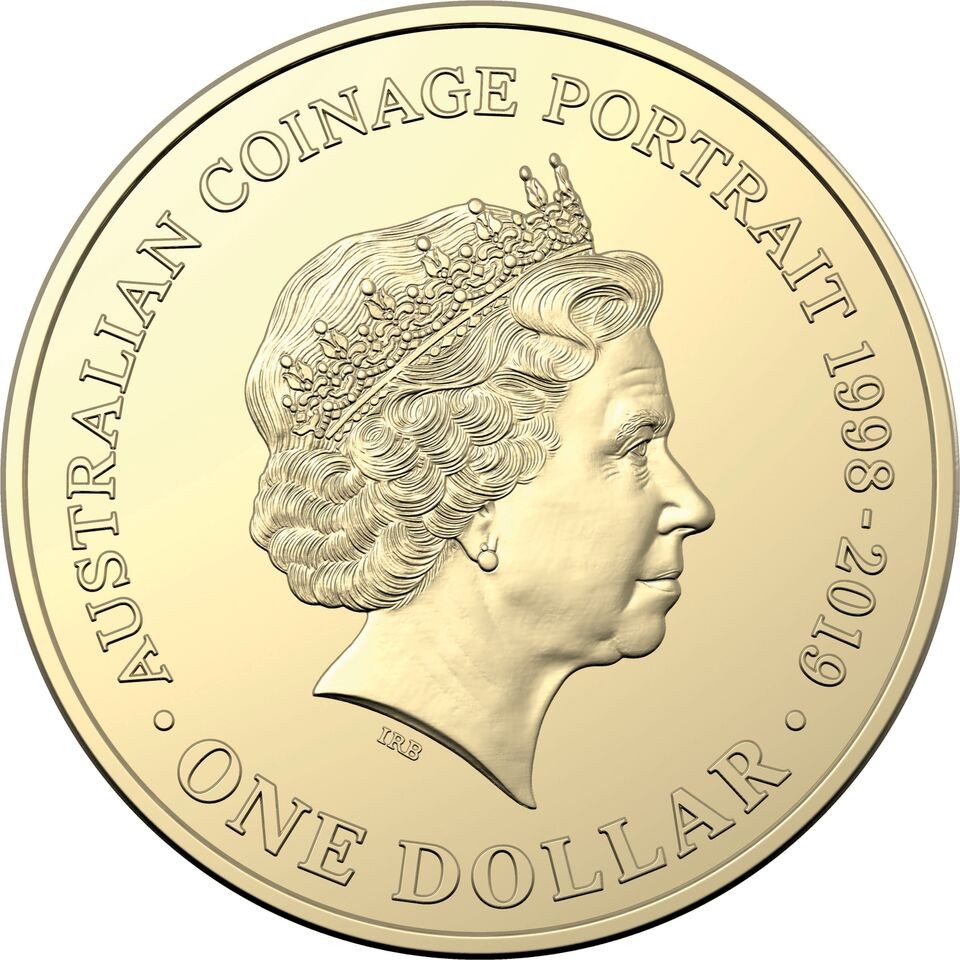 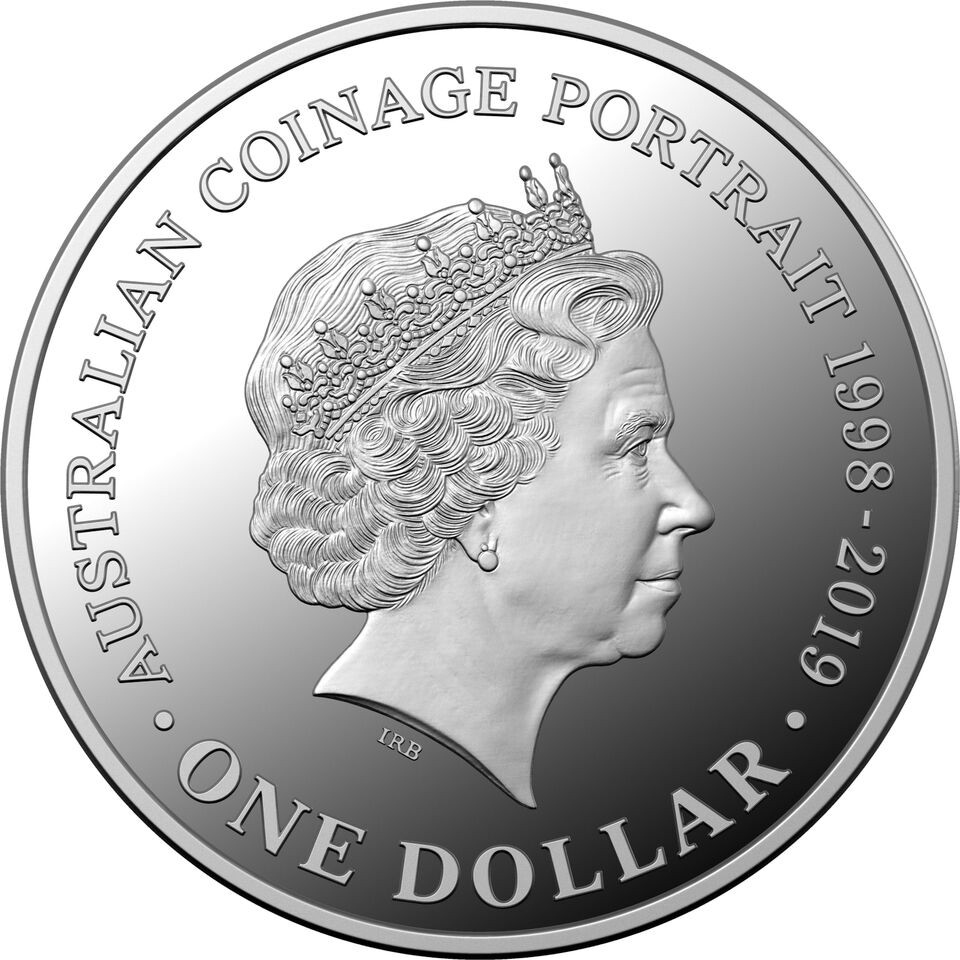 The reverse includes the fifth effigy, as created by Ian Rank-Broadley, that will be retired next year. The denomination of ONE DOLLAR is placed below the Queen’s likeness with the commemorative text AUSTRALIAN COINAGE PORTRAIT 1998 – 2019 seen above. 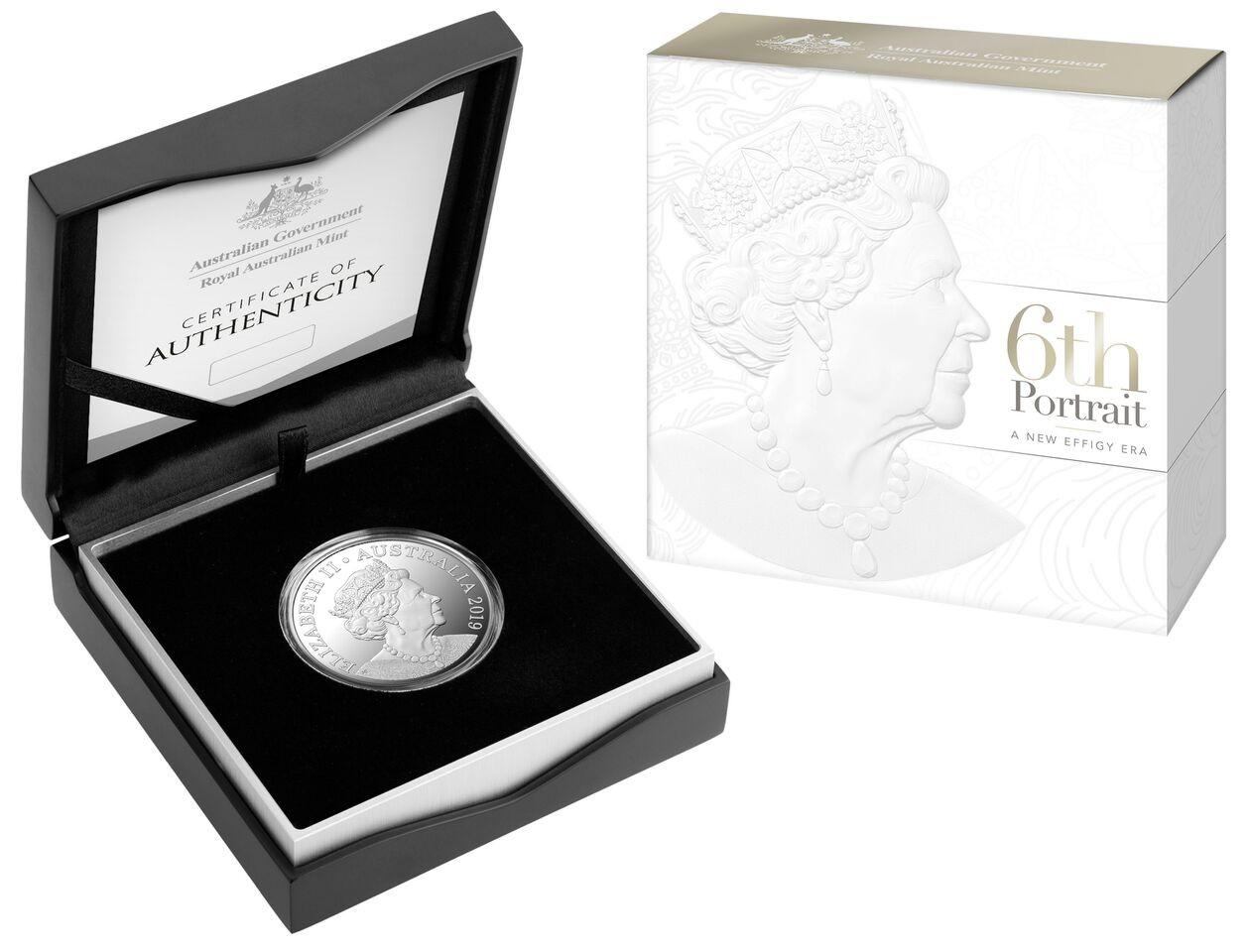 The Sixth Effigy — Her Majesty Queen Elizabeth II — 2019 Proof and Uncirculated coins are available since the 3rd September. Limited to a mintage of 5,000 for the Proof coin and 30,000 for the Uncirculated coin, the silver Proof pieces are specially presented in a custom case along with a certificate of authenticity. The Brilliant Uncirculated coins are enclosed in a colour folder which includes original sketches of the effigy, used on the obverse side. For additional information about these coins and others available from the Royal Australian Mint, please visit their website. 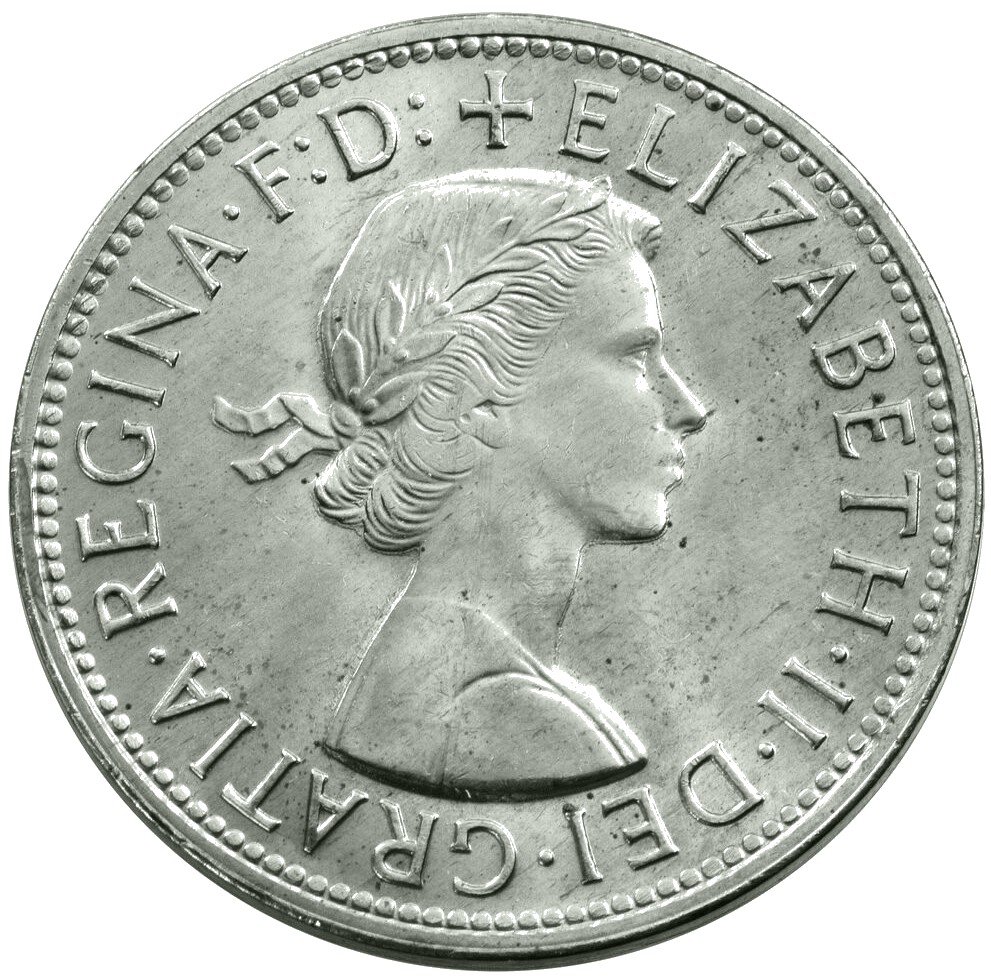 The first portrait of Her Majesty Queen Elizabeth II used on Australian coinage was designed by Mary Gillick and was featured on Australia’s pre-decimal coinage from 1953. Gillick beat 16 other artists in a competition conducted by The UK’s Royal Mint Advisory Committee. The effigy of The Queen was Gillick’s first work which was used on a coin and her portrait of an uncrowned queen was considered fresh and approachable. 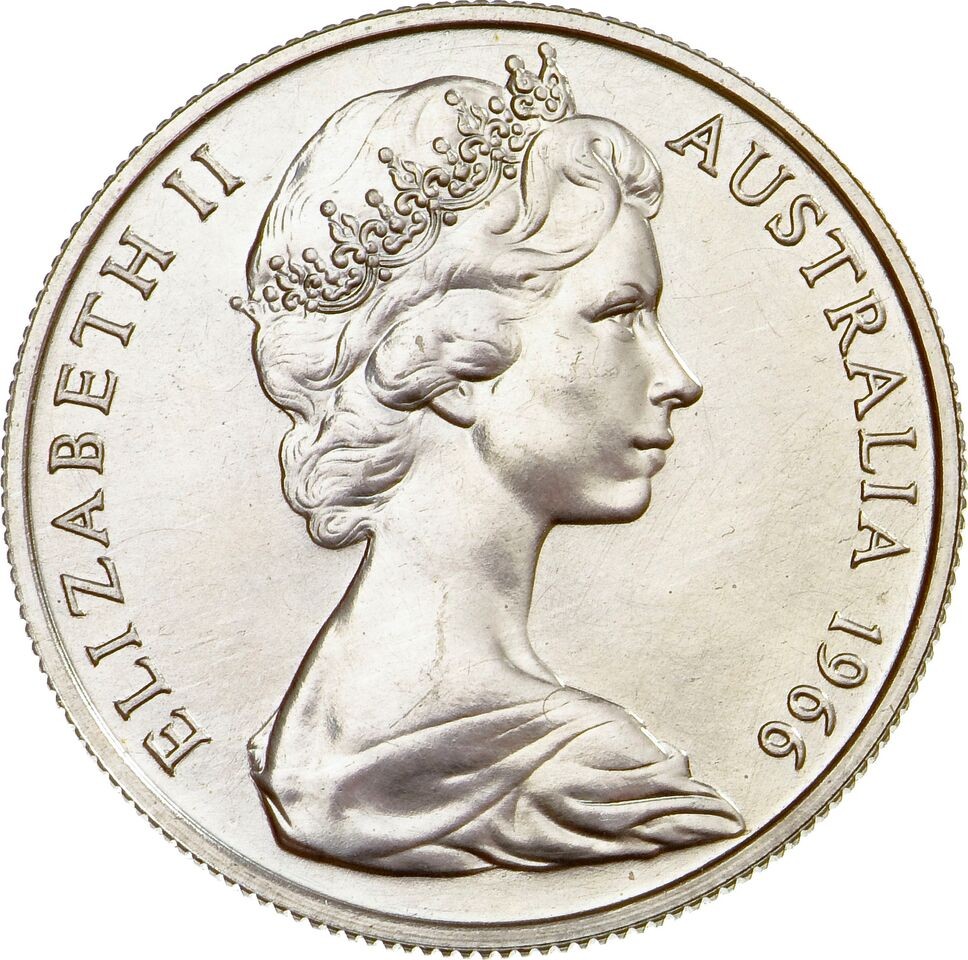 Arnold Machin OBE RA’s portrait of Her Majesty was the first effigy to feature on Australian decimal coinage. It was designed for the British Royal Mint and approved in 1964. This portrait was adopted for the obverse design of Australia’s new coinage to be released on 14 February 1966, and preceded its first use on British coins in 1968. 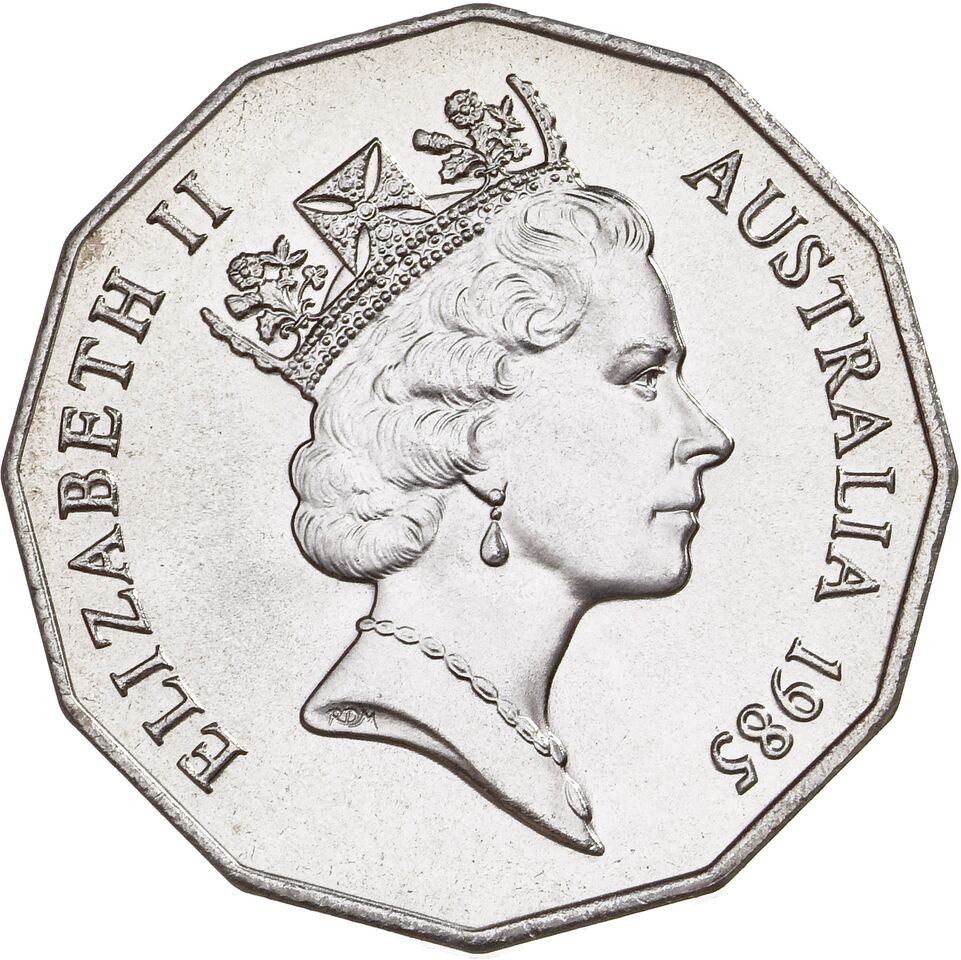 Raphael Maklouf’s portrait models were selected as the most promising from a group of 38 by the British Royal Mint in 1982. A revised model was recommended by the Royal Mint Advisory Committee and accepted by the Queen for use on circulating United Kingdom coinage on the 1st January 1985. Although not mandatory for Australia to use the same portrait as the United Kingdom, it was decided the Maklouf effigy would be adopted on Australia’s coinage from 1985 onward. 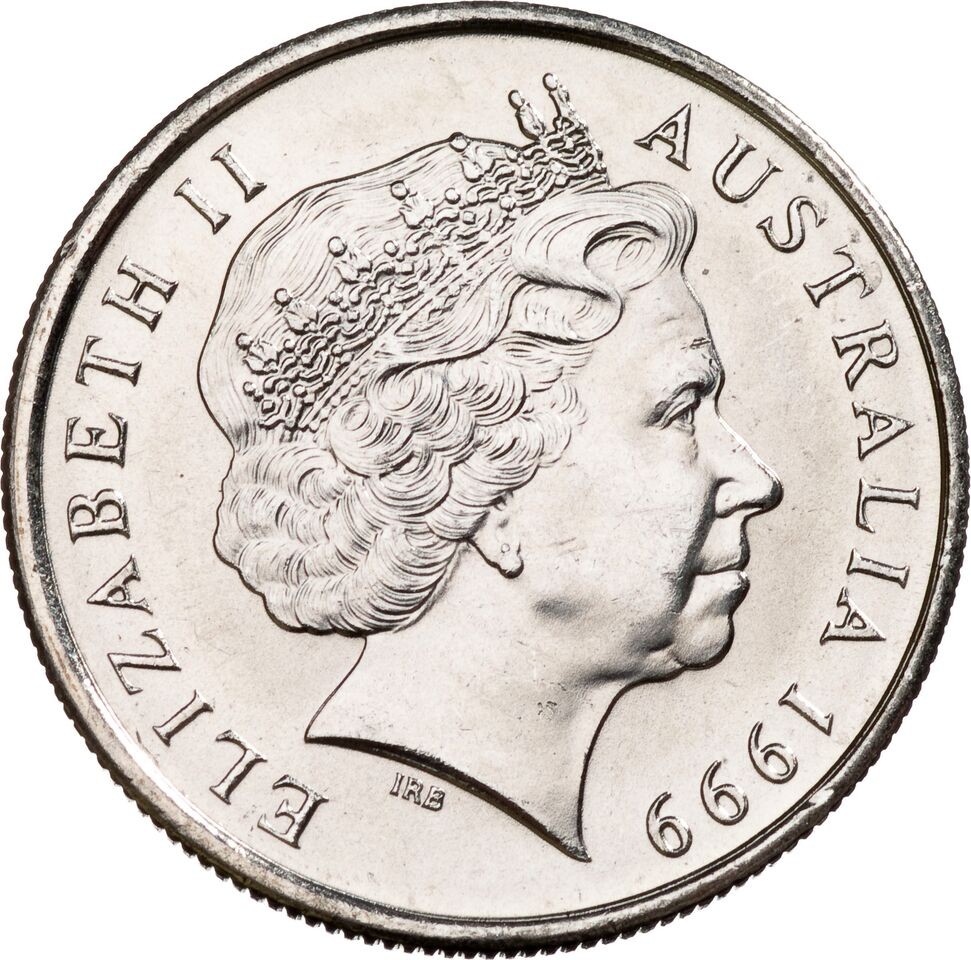 Ian Rank-Broadley’s portrait of Her Majesty was selected from the works of designers and engravers invited by the British Royal Mint in 1996. Among the three designs submitted for approval were portraits by Ian Rank-Broadley and Vladimir Gottwald. The portrait by Rank-Broadley was chosen and appeared on United Kingdom coinage in 1998 until 2015. Following earlier conventions, Australia adopted this effigy on some collector coins in 1998 and more generally in 1999. 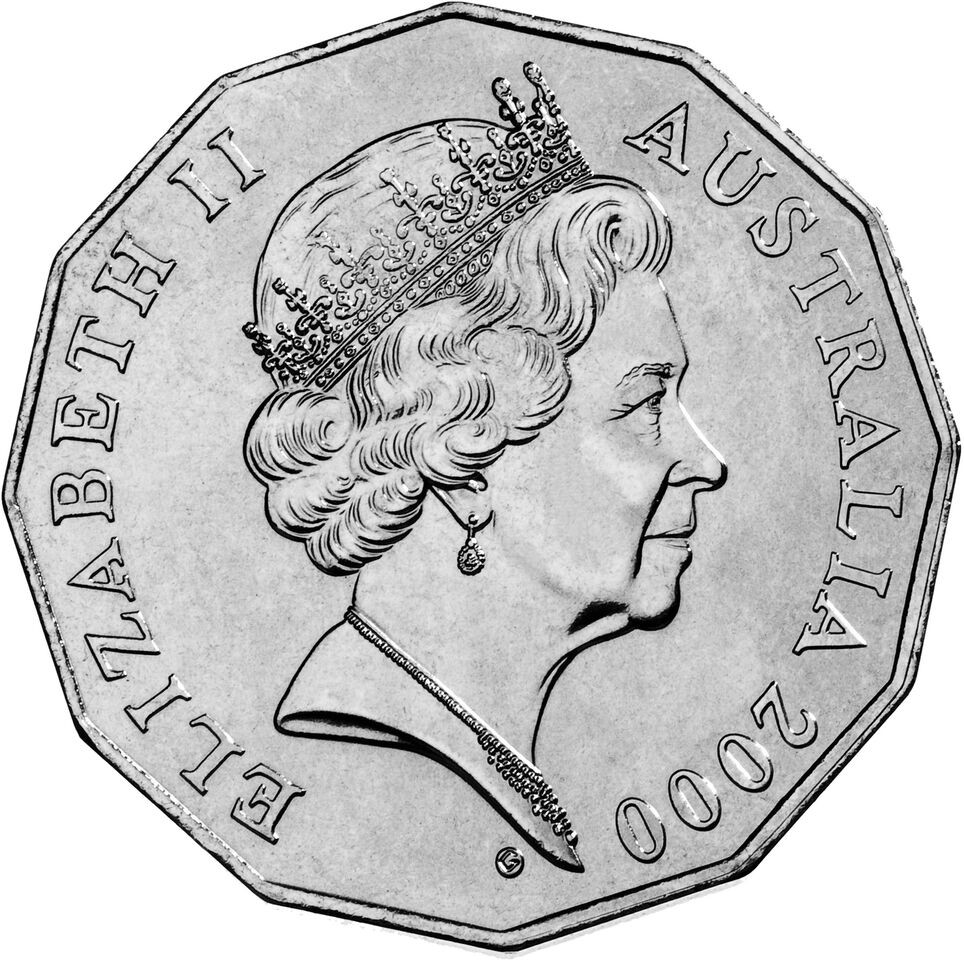 Vladimir Gottwald, now retired, was a member of the Royal Australian Mint’s Design and Engraving Section. His portrait was designed following the British Royal Mint’s invitation for a new effigy in 1996 and was among the three designs submitted to Her Majesty for approval. Although Rank-Broadley’s design was eventually chosen, Gottwald’s design was approved to commemorate the Royal Visit of Queen Elizabeth II in 2000 and was used on Australian coinage only once. With this minting, he became the first Australian designer since Sir Edgar Bertram Mackennal KCVO RA, who sculpted the 1910-1936 effigy of King George V, to have his work on the obverse of an Australian coin.