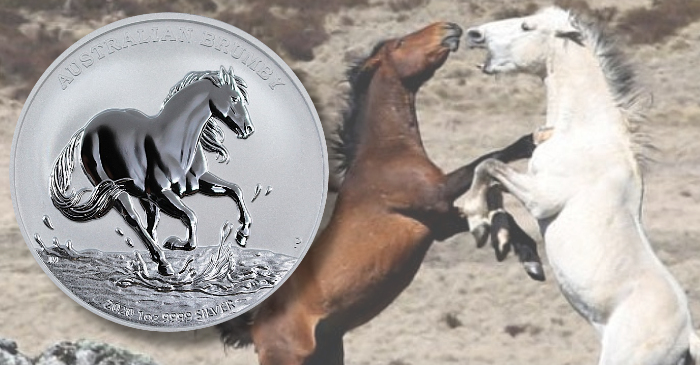 The Perth Mint of Australia has released (22nd June) their latest silver one-ounce bullion coins which are part of a continuing series featuring various horse breeds on the continent. Begun in 2013, this year’s 2020-dated “Horses” silver bullion coins feature one of the country’s most well-known feral breeds — the extraordinary Brumby. Found in many areas around this vast country-continent, the best-known Brumbies are found in an area known as the Australian Alps region, the highest mountain range located in Southeastern Australia.

Today, Brumbies are the subject of some controversy, as they regarded as a pest and threat to native eco-systems by environmentalists and the government, while, at the same time, they are valued by others as part of Australia’s heritage. Supporters and animal conservationists diligently work to prevent inhumane treatment or extermination and re-home Brumbies who have been captured. 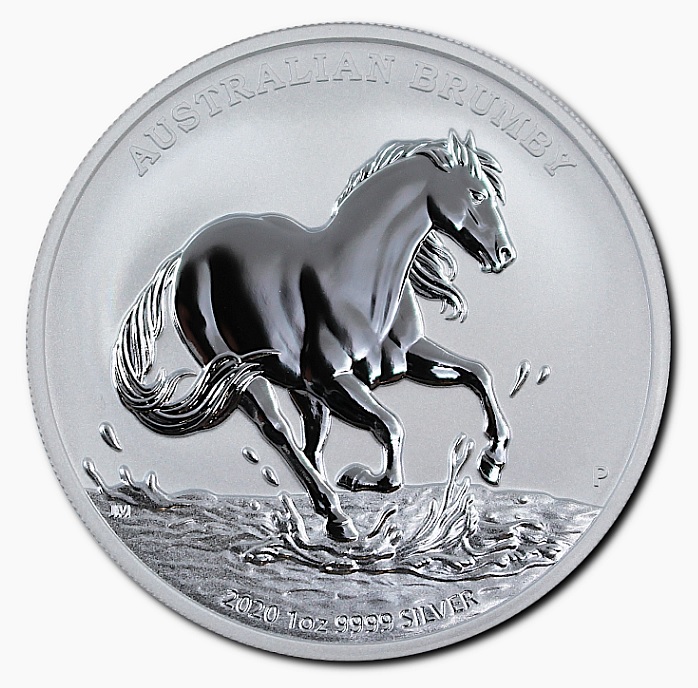 The coins are produced by the Perth Mint Australia and are designed by Jennifer McKenna. The reverse side depicts a fierce, magnificent, unfettered equine galloping with abandon through water. Above the primary design is the text AUSTRALIAN BRUMBY. The weight and fineness, and the 2020 year-date, also appear in the design. As an added measure of security, a micro-laser engraved with the letter “P” is engraved within the design and is only detectable under a magnifying glass. 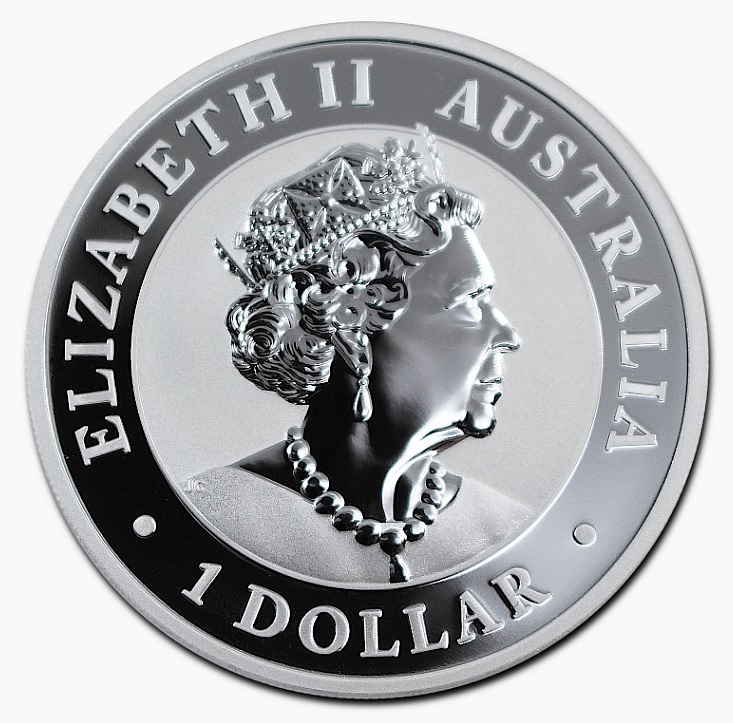 The obverse side includes the Commonwealth effigy of HM Queen Elizabeth II created by Royal Mint engraver Jody Clark and introduced onto Australian coinage this year. The denomination of 1 DOLLAR is placed below the Queen’s likeness.

Each coin is encapsulated and available singularly, sealed roll consignments of 10, 20 boxes of 100 pieces. For additional information about these and other bullion-related silver coins produced by the Perth Mint, please visit the website of LPM Ltd, Hong Kong.