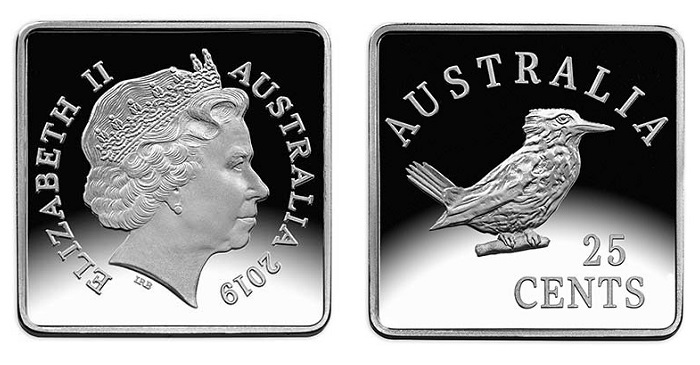 The Royal Australian Mint has released a new collector’s set of coins which recreates the designs seen on trial pattern coins proposed for issue 100 years ago. Inspired by the trial designs which might have been used as square-shaped penny coins, the pieces carried depictions of the kookaburra bird on the reverse.

After the end to the Great War and subsequent determination of the overall cost of raw materials, the idea of changing the one and halfpenny coins was considered. Having inherited these denominations and specifications from Great Britain, the Australian government sought to replace the large and bulky copper coins. The creation of “kookaburra” square coins also served as strengthening Australia’s developing national identity in the post WWI era, though it was not put forward as a primary incentive at the time. The aim was to replace the two lower denominations with smaller, lighter coins while distinguishing them from their predecessor. Throughout 1919, 1920, and 1921, the initiative produced a total mintage of 200 pattern coins which were primarily distributed to government officials and dignitaries for assessment. With its distinctive shape and noticeably lighter weight than the current coins, the square pennies and their concept seemed to have been met with some approval. Weighing between 3.79 and 4.03 grams, compared to the 9.45-gram copper penny, the difference could not be more apparent, and with lower production costs, it seemed a certainty. This change to Australian coinage was prematurely announced in a range of newspapers in April 1920.

The radically different change proposed to Australia’s circulating coinage included the design carrying a depiction of the kookaburra bird, prevalent throughout the country and was shown perched on a short branch with the denomination of “ONE PENNY” placed underneath and with “AUSTRALIA” shown in an arch shape above. Unlike the effigy shown on ordinary Australian circulation coinage since 1911, the new likeness of the King, who was proposed to be depicted as an uncrowned monarch in closer resemblance to those coins issued in Great Britain. Designed by C. Douglas Richardson of Stokes & Son, King George was portrayed facing to the left, as was tradition, with a circular legend “GEORGE V D.G. BRITT. OMN: REX” surrounding his likeness with the year placed below. The 1919-1921 square kookaburra patterns were all primarily struck from cupro-nickel, a break-away from the usual silver or copper typically used, and were also considered somewhat ahead of their time.

Unfortunately, due to a series of political mishaps and a clash of personalities between the then-treasurer and the prime minister, as well as some concerns raised about the significant cost of re-calibration for vending machines nationwide, the project was ultimately dropped. However, the limited patterns struck at the Australian Mint in Melbourne have remained both popular and sought after. A variation of designs during the production of these pattern coins dated 1919, 1920, and 1921 on both the obverse and reverse also increased their appeal and rarity. 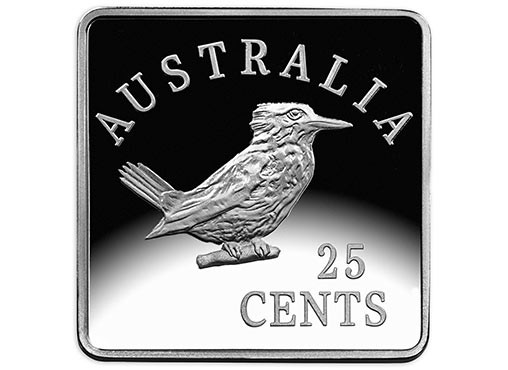 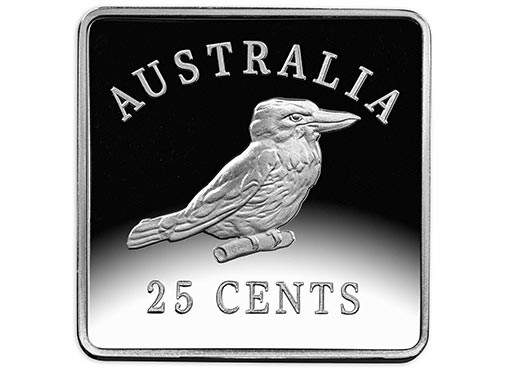 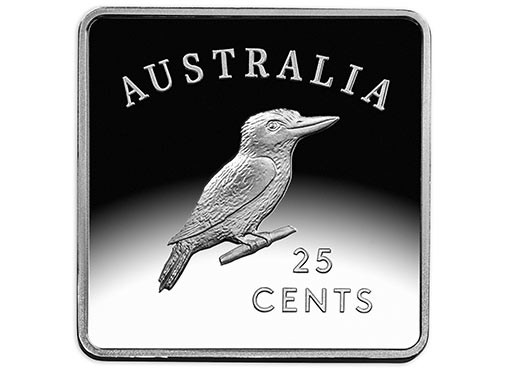 The new silver Proof three-coin sets include the designs produced showing these variations with the contemporary denomination of 25 CENTS. 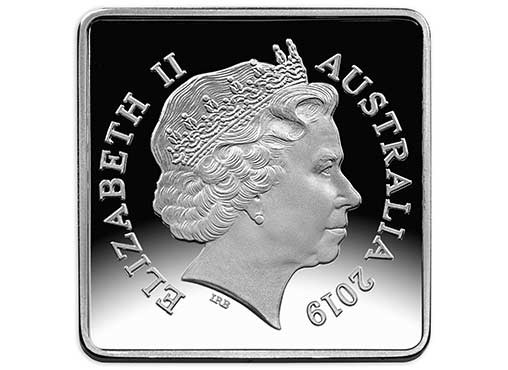 The obverse includes an effigy of HM Queen Elizabeth II along with the year of issue, 2019. 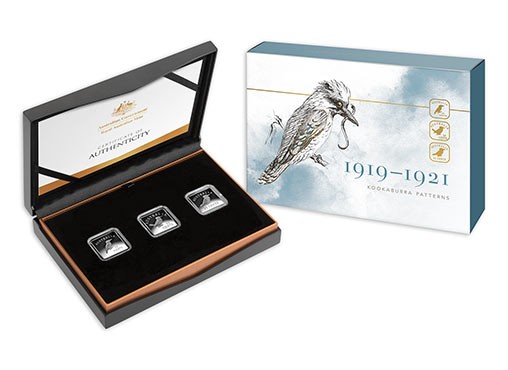 Each of the coins is specially encapsulated and are included in a single presentation accommodating all three designs, accompanied by a certificate of authenticity. A limit of three-coin sets is in place per order. For additional information about these coins and others available from the Royal Australian Mint, please visit their website.