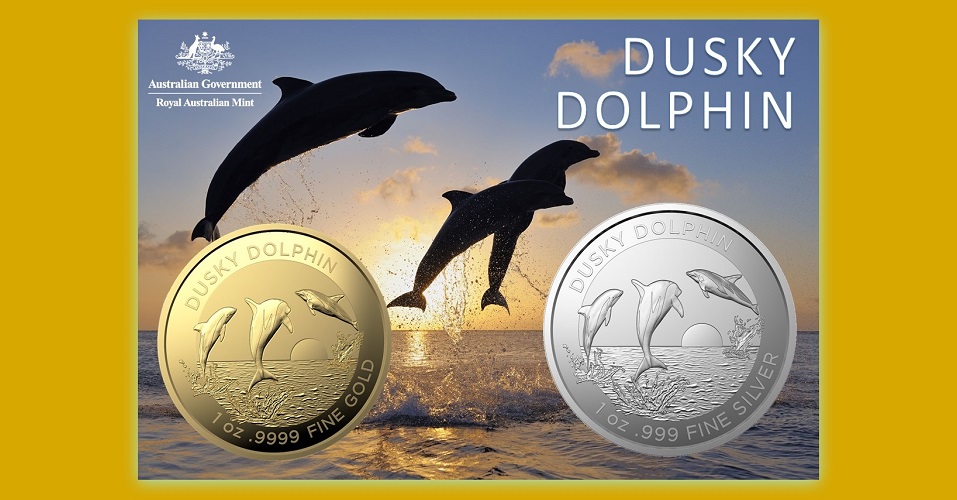 The Royal Australian Mint has released the fourth design in their popular “Australian Dolphin” bullion series, which perfectly captures the nature of these social and athletic marine creatures. As the continent of Australia is bordered by three oceans — the Pacific to the east, the Indian to the west, and the Antarctic to the south, its waters are abundant with many species of dolphins. Dusky dolphins, for instance, favour cool climates and can be found in waters along Australia’s southern coastline and Tasmania. Found in pods of up to 1,000 at a time, these playful dolphins frequently delight lucky spectators with their antics of jumping out of the water and splashing down or diving head on back into the water. 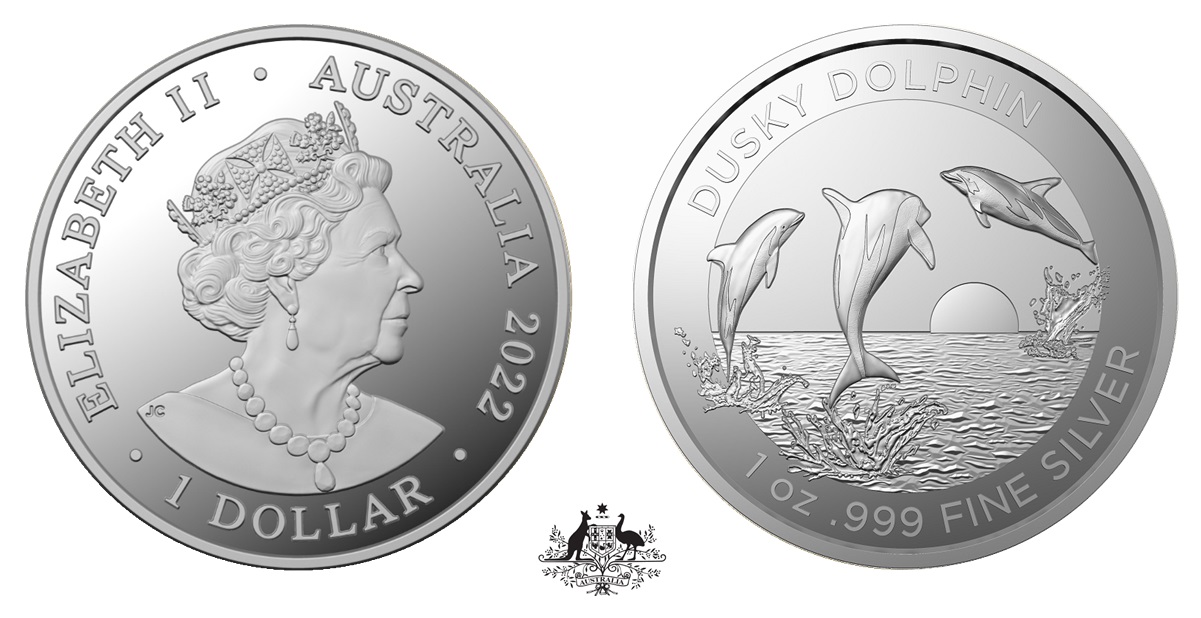 Designed by the Royal Australian Mint’s own Stevan Stojanovic, the reverse side of the gold and silver coins depicts three of these energetic, graceful, and intelligent dusky dolphins leaping from the water, emphasising the energy and athleticism of this species. Above the primary design along the upper edge is the text DUSKY DOLPHIN with the specifications 1oz .9999 FINE GOLD or 1oz .999 FINE SILVER. 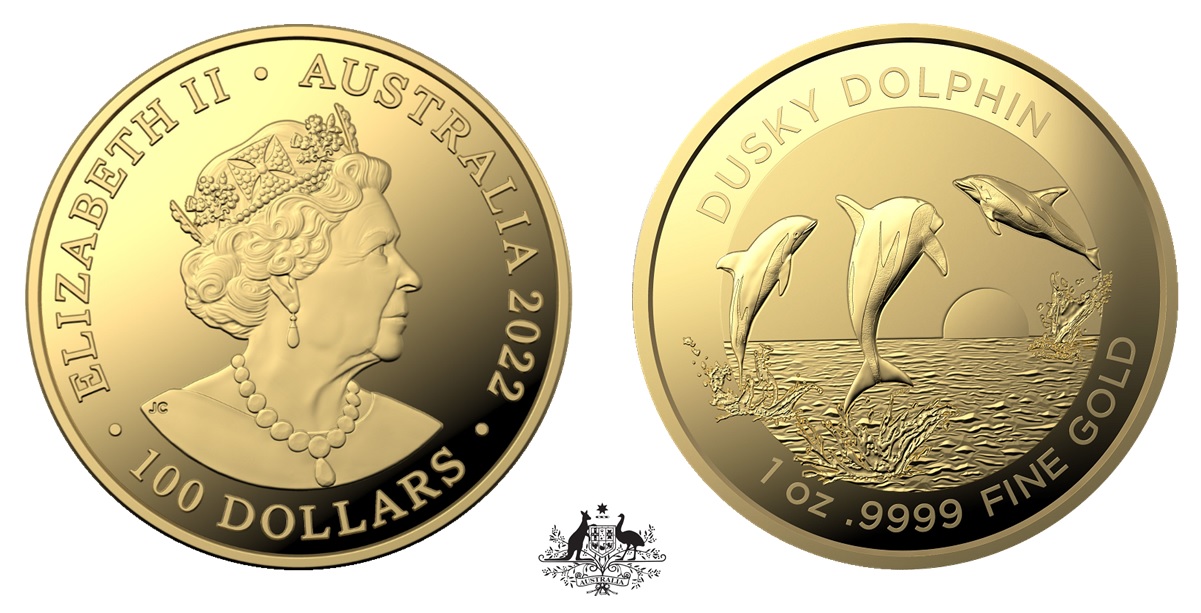 The obverse side features Jody Clark’s Commonwealth effigy of Her Majesty Queen Elizabeth II. The year 2022 is shown in the legend above the effigy and the denomination of 100 DOLLARS (gold) or 1 DOLLAR (silver) is placed below.

Collectors in Australia can contact the Royal Australian Mint directly. Collectors abroad may contact international bullion distributor APMEX. There is a limit of one gold coin per customer account. For more information, please click here.