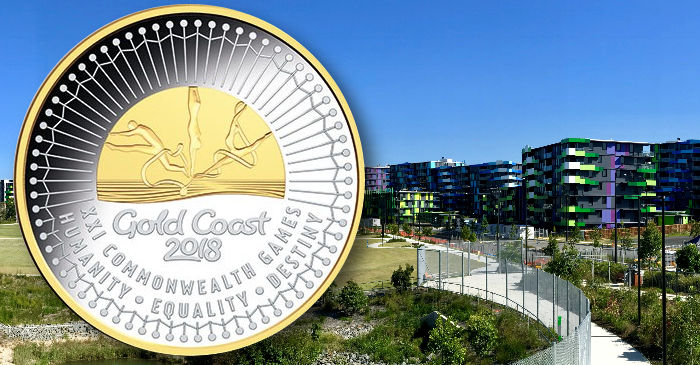 The Royal Australian Mint have issued (5th March) both traditional silver crowns and a one-kilo silver mega coin in celebration of the upcoming Commonwealth Games, which commence with an elaborate opening ceremony on the 4th April. The Commonwealth Games are staged every four years in the same way as the Olympics and offer an opportunity for athletes from the Commonwealth of Nations and territories to compete in a variety of sports during a 10-day event. This year’s games will be hosted by the beaches of the Gold Coast in Australia, with over 70 nations and territories competing. With the more than 6,600 athletes participating in 275 events within 18 individual sports, the XXI Commonwealth Games will be the largest ever organised. The theme and motto of “Share the Dream” reflects the idyllic lifestyle which is prevalent on Australia’s Gold Coast — a metropolitan region south of Brisbane on Australia’s east coast, famed for its long sandy beaches, surfing spots, and an elaborate system of inland canals and waterways. 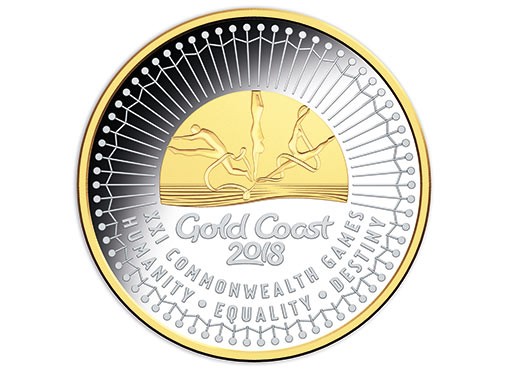 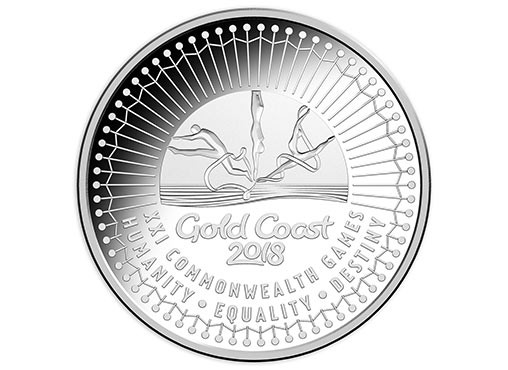 The design of the new coins is shared on both the crown-sized and mega coins and features the beautiful Gold Coast sun radiating warmth and projecting a range of sporting talent. Around its border figures represent the 70 competing nations who will be represented at this year’s games. The five dollar denomination benefits from selective gold-plating highlighting key features of the reverse design as well as the rim on the obverse. 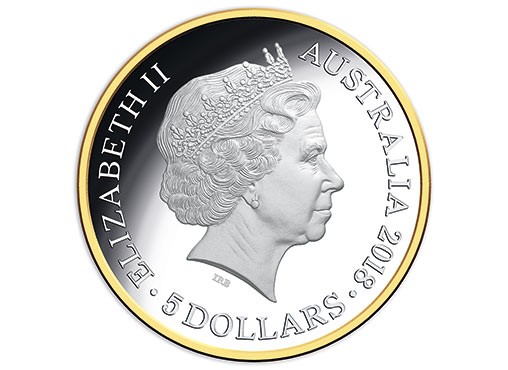 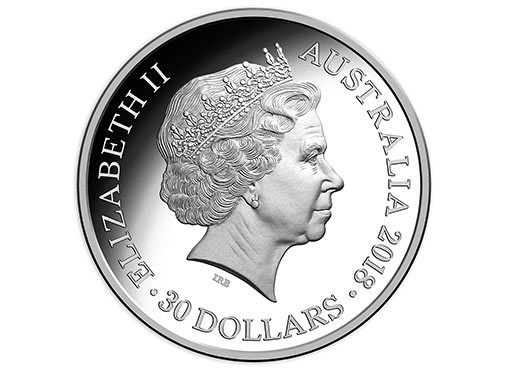 The obverse side includes the effigy of HM Queen Elizabeth II, as created by Ian Rank-Broadley, and has been used on all Australian circulation and many commemorative coins since 1999. 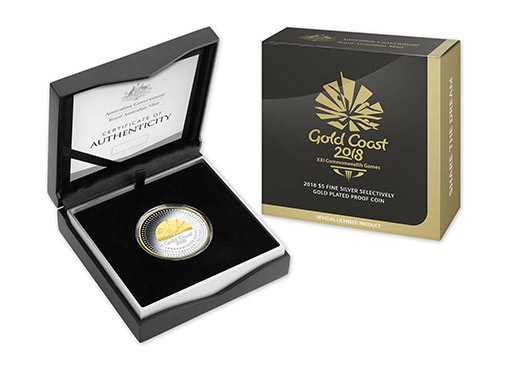