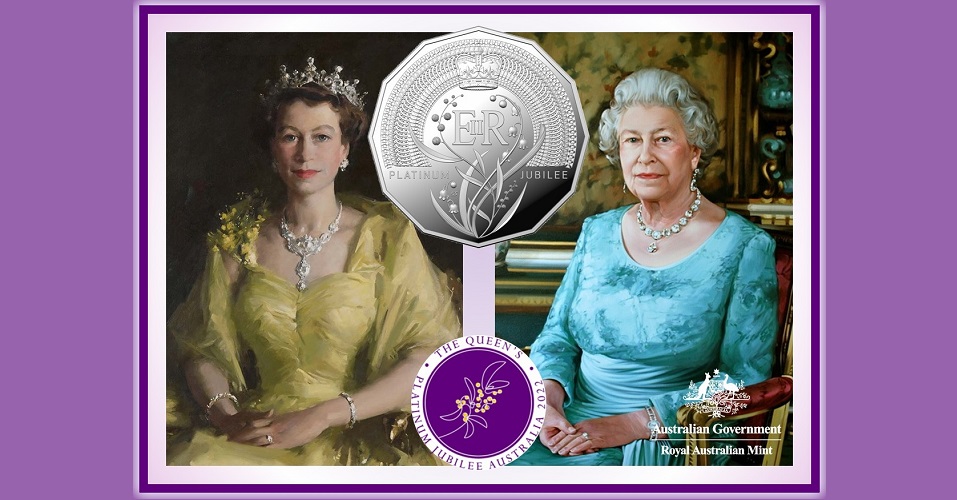 In conjunction with the official celebrations for the 70th Anniversary of the accession of Her Majesty The Queen, which occurred in February 1952, the Royal Australian Mint has unveiled new commemorative 50-cent coins celebrating her Platinum Jubilee.

Queen Elizabeth II first visited Australia in 1954, two years after she acceded to the throne. In fact, it was in February 1952 that she and her husband the Duke of Edinburgh were on their way to visit Australia and New Zealand representing her ailing father when she succeeded to the throne. While still in Kenya during a stop-over, she was informed of the terrible news that King George VI had died, and subsequently, she had now become Queen. Queen Elizabeth II has visited Australia a total of 16 times; each visit she was accompanied by the Duke of Edinburgh. Her last official visit was in October 2011 when she officiated at the Commonwealth Heads of Government Meeting hosted in Perth, Western Australia. 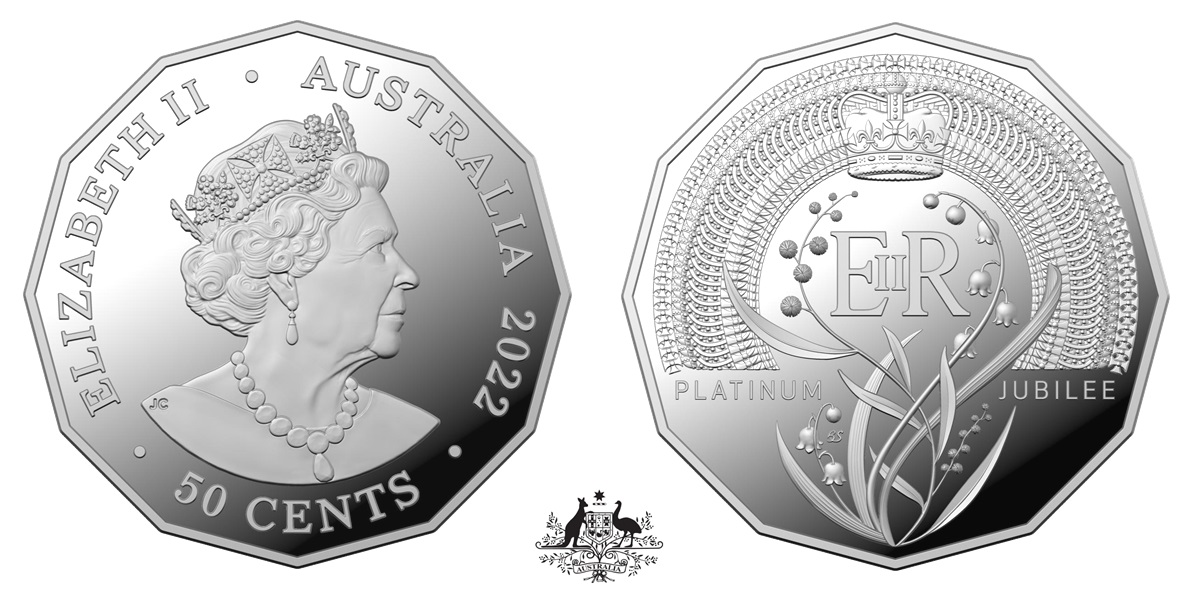 Designed by Royal Australian Mint graphic artist Bronwyn Scott, the reverse side of the coin takes its inspiration from the 1977 Silver Jubilee commemorative coin designed by Stuart Devlin. The centre of the coin features the Royal Cypher E II R of Queen Elizabeth II. Fanning out from the central St. Edwards Crown are 70 additional crowns — one for each year of Her Majesty’s reign. The obverse side features Jody Clark’s Commonwealth effigy of Her Majesty Queen Elizabeth II. The year 2022 is also shown in the legend above the effigy and the denomination of 50 CENTS is placed below.

Available from the 5th May, each silver Proof coin is encapsulated and presented in a custom environment-friendly case accompanied by a certificate of authenticity. The Brilliant Uncirculated base metal coins are encased in a coin-card format which includes illustrations and informative text. For additional information about these and other coins available from the Royal Australian Mint, please visit here.