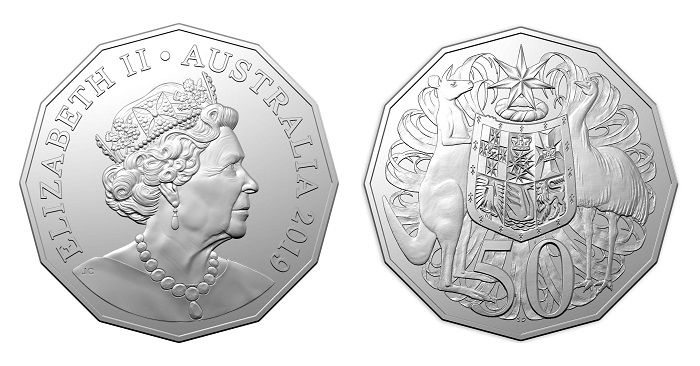 The Royal Australian Mint has released (3rd May) new commemorative coins which are in celebration of the 50th anniversary of the first-ever 12-sided 50-cent coins issued for circulation. As Australia transitioned to decimal currency in 1966, it was the 50-cent coin which was the showpiece of the new circulating coins. The coins were made of 80% fine silver and were originally round in shape with an image of the Commonwealth Coat of Arms featured on the reverse. The effigy of HM Queen Elizabeth II created by British artist Arnold Machin replaced the first effigy used on Australian coinage since 1953 and depicted the 40-year-old monarch in a very graceful head and shoulders portrait wearing a  tiara that had been a wedding gift from her grandmother Queen Mary in 1947. 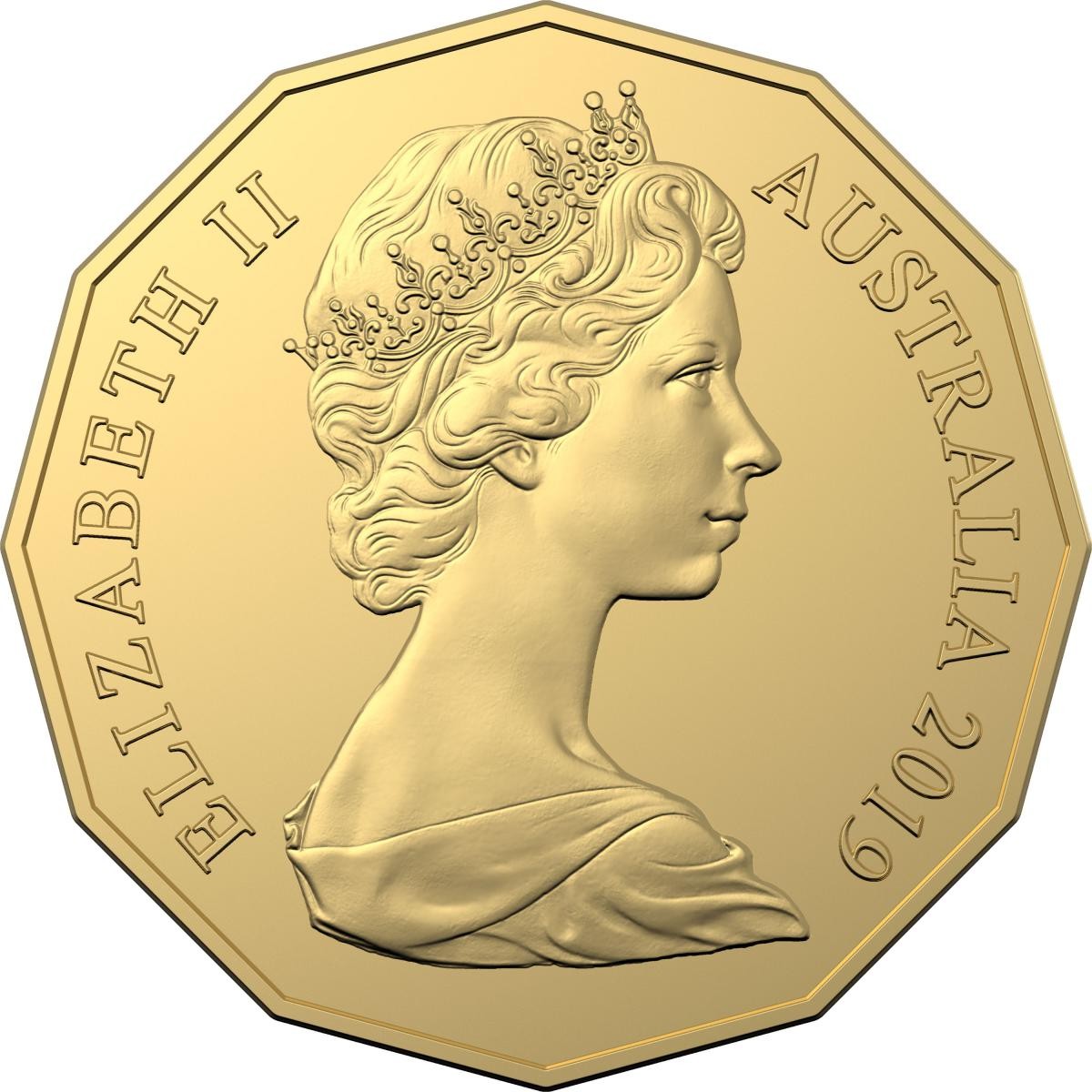 In 1968, the Royal Australian Mint ceased production of the coins as the silver content was more valuable than the face value, and in keeping with many countries who removed the precious metal from circulation coinage. To differentiate those silver coins from the new base metal pieces and to ease removing the earlier coins from circulation, the Royal Australian Mint designed their replacements in the shape of a dodecagonal (or 12-sided) coin. First issued in 1969 and struck in a copper-nickel alloy, the new coin shape also differentiated the 50-cent denomination more easily from the round 20-cent coins also introduced in 1966. 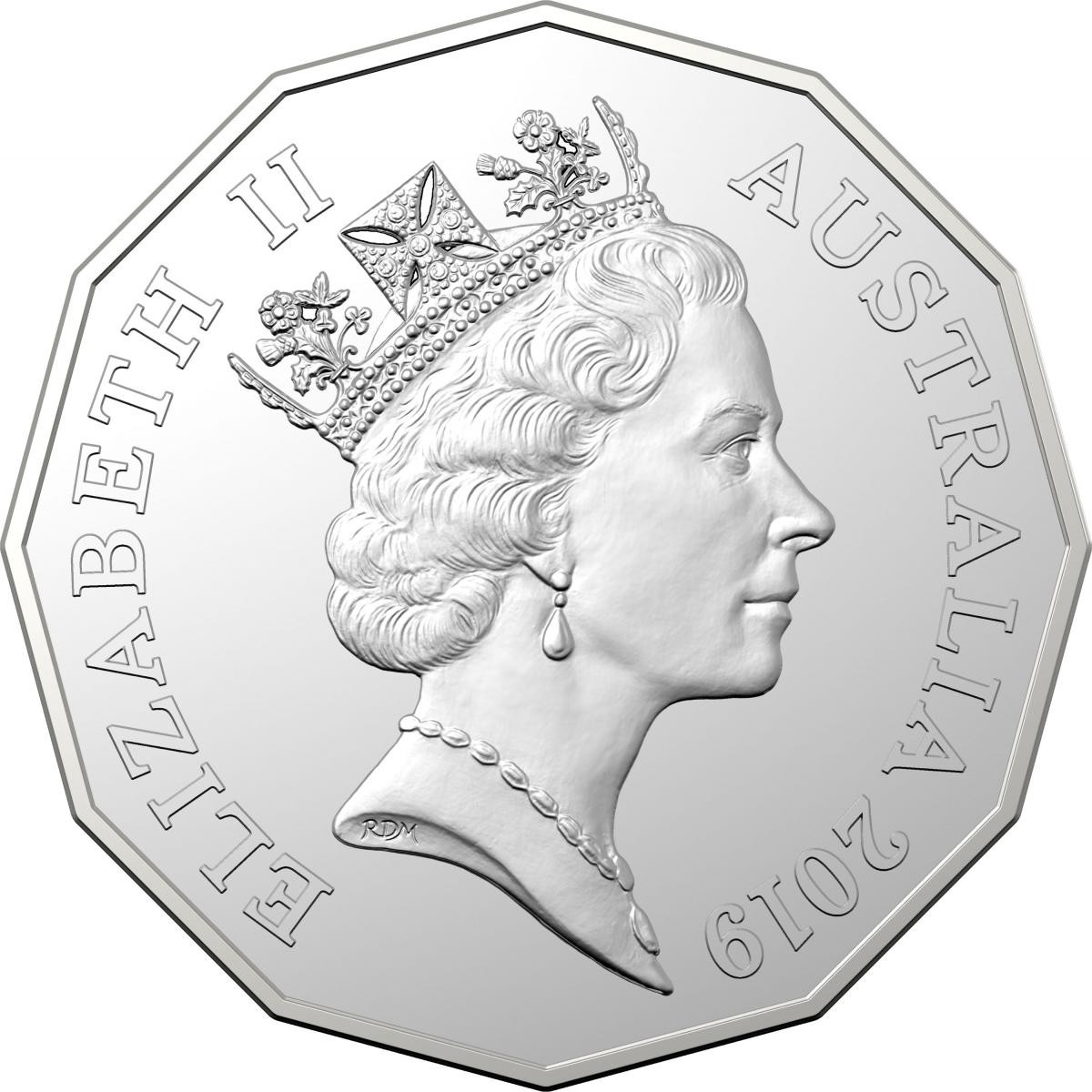 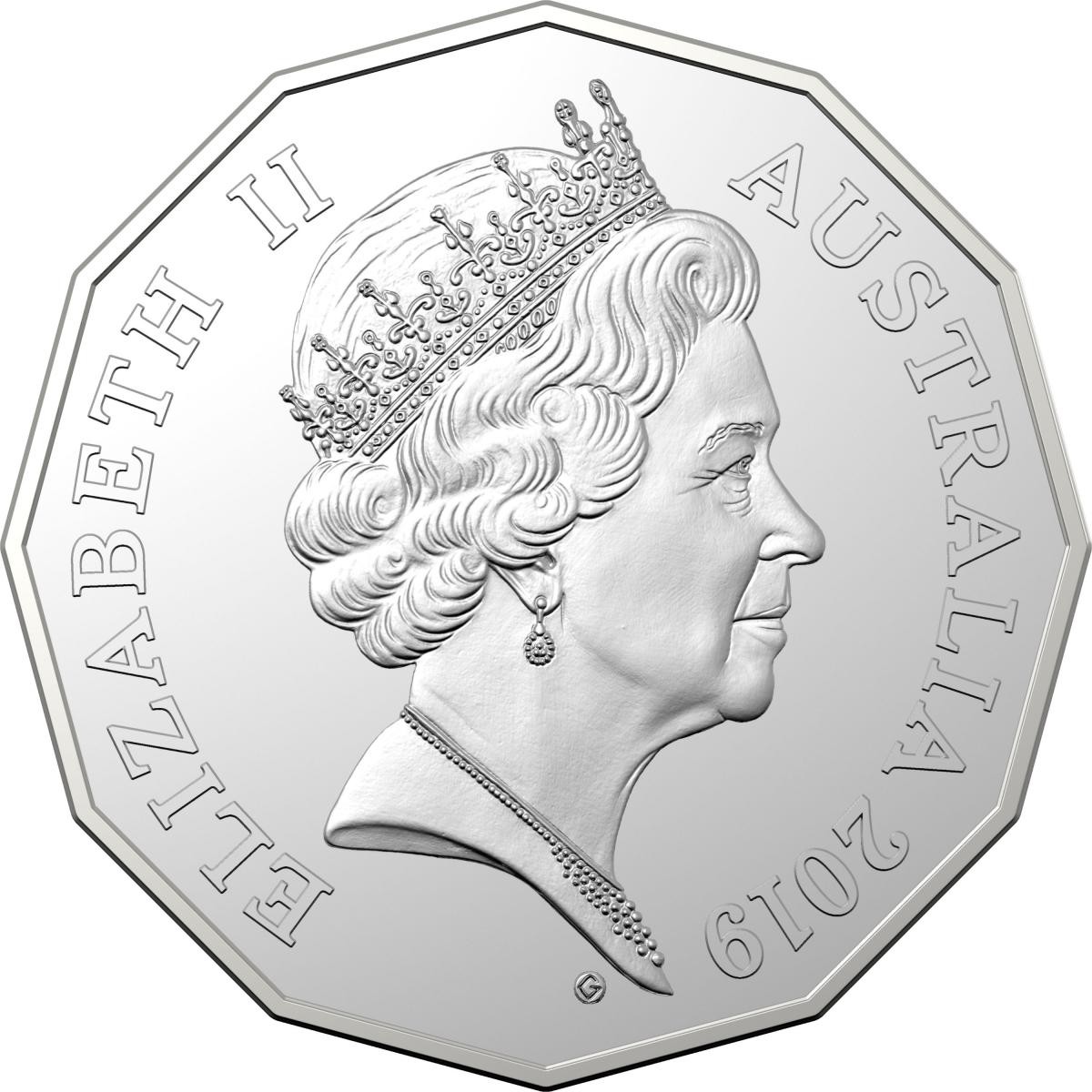 In the time since its introduction in 1969, the coins have depicted five different effigies of the Queen, and 31 different designs have featured on the reverse of circulating 50-cent coins produced by the Mint, including the original Commonwealth Coat of Arms sculpted by Stuart Devlin. The designs on the reverse of circulating coins feature a range of themes, including a design commemorating the marriage of His Royal Highness, the Prince of Wales, to Lady Diana Spencer in 1981, also designed by Stuart Devlin. 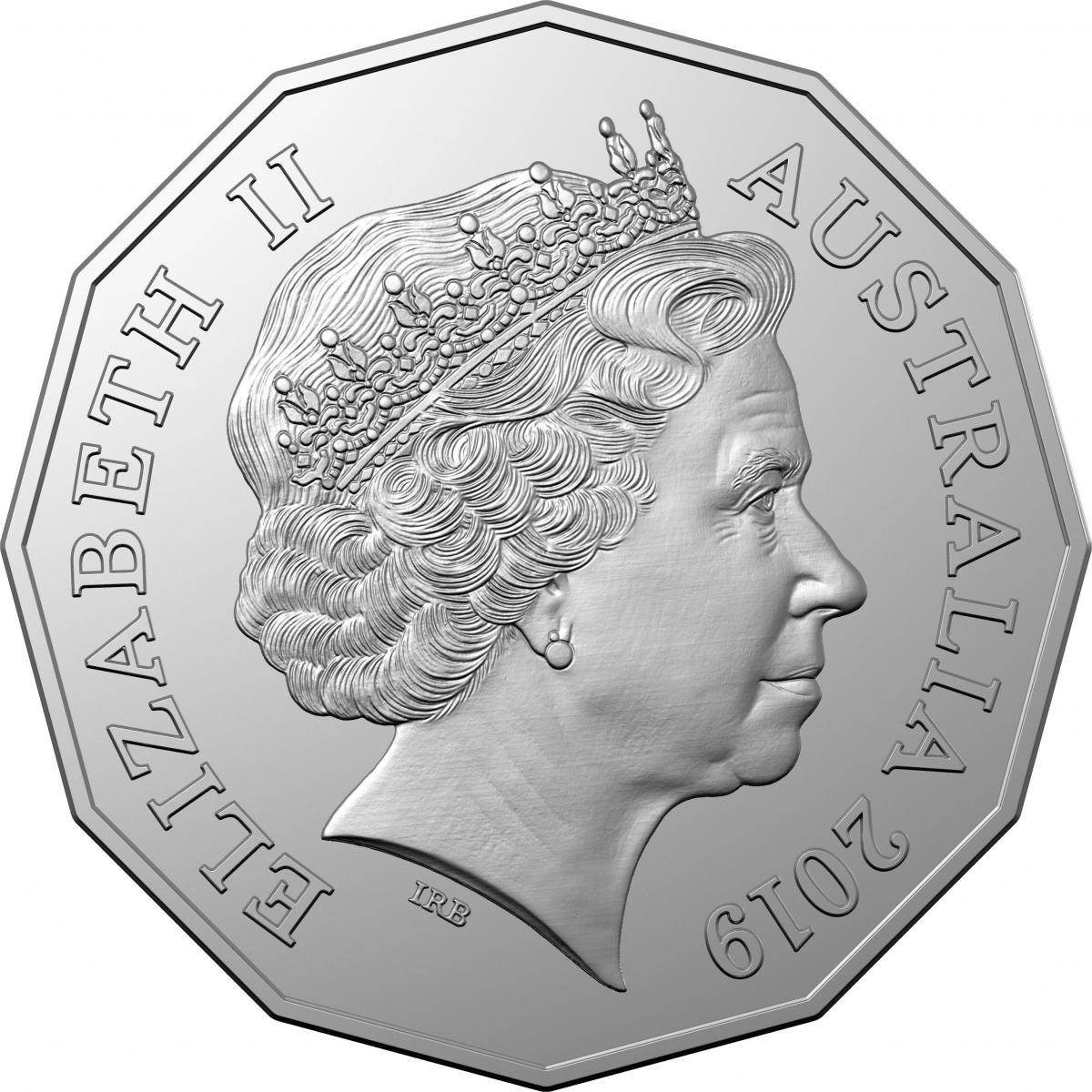 The new five-coin set includes examples issued since 1969 and are dated 2019. The set consists of a proposed golden alloy coin which was not used, adopting an alloy of 75% nickel and 25% copper instead, still in use today. 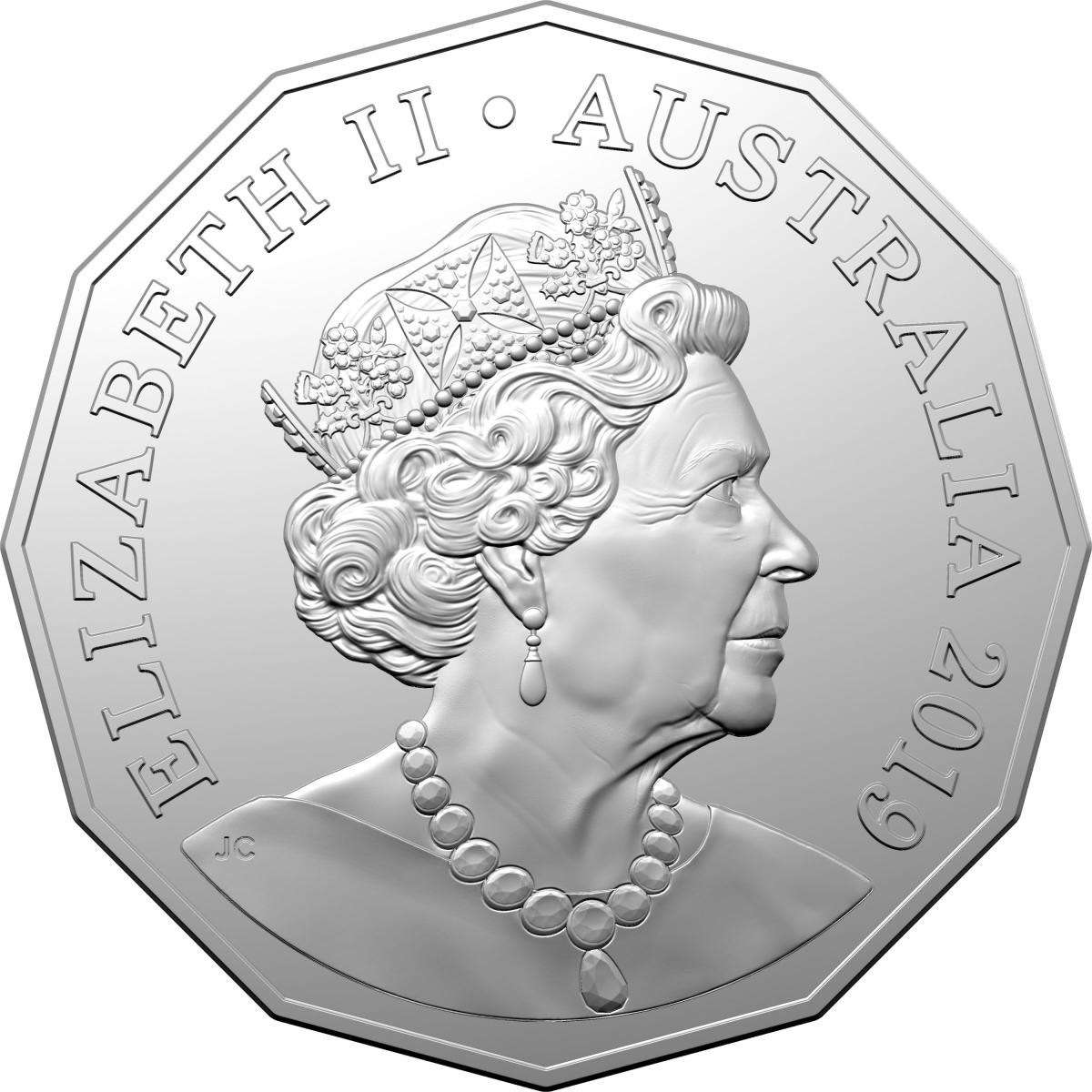 The Australian 50-cent coin remains one of the world’s largest circulation coin in terms of its weight and diameter at 15.5 grams and 31.5 millimetres. 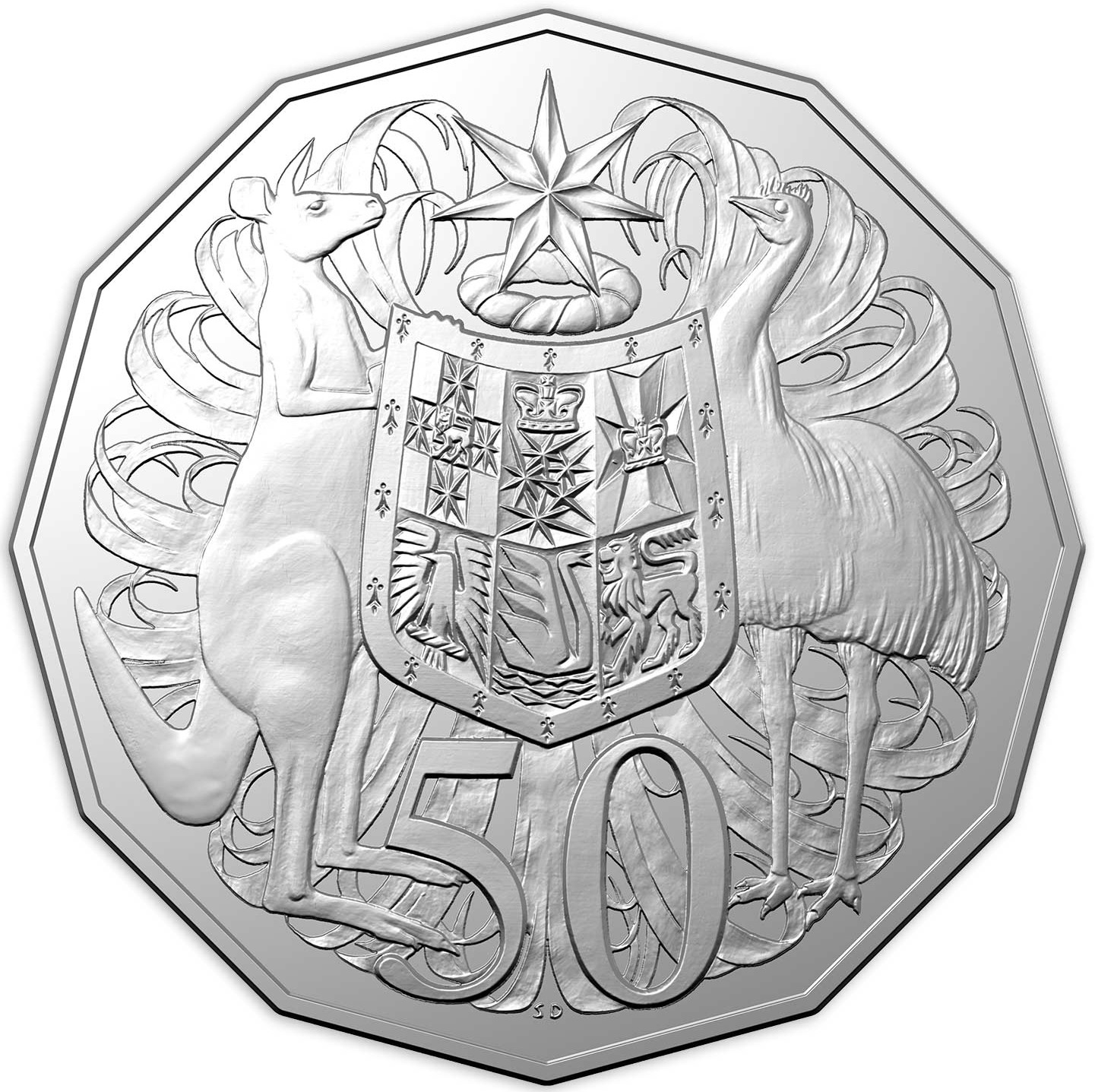 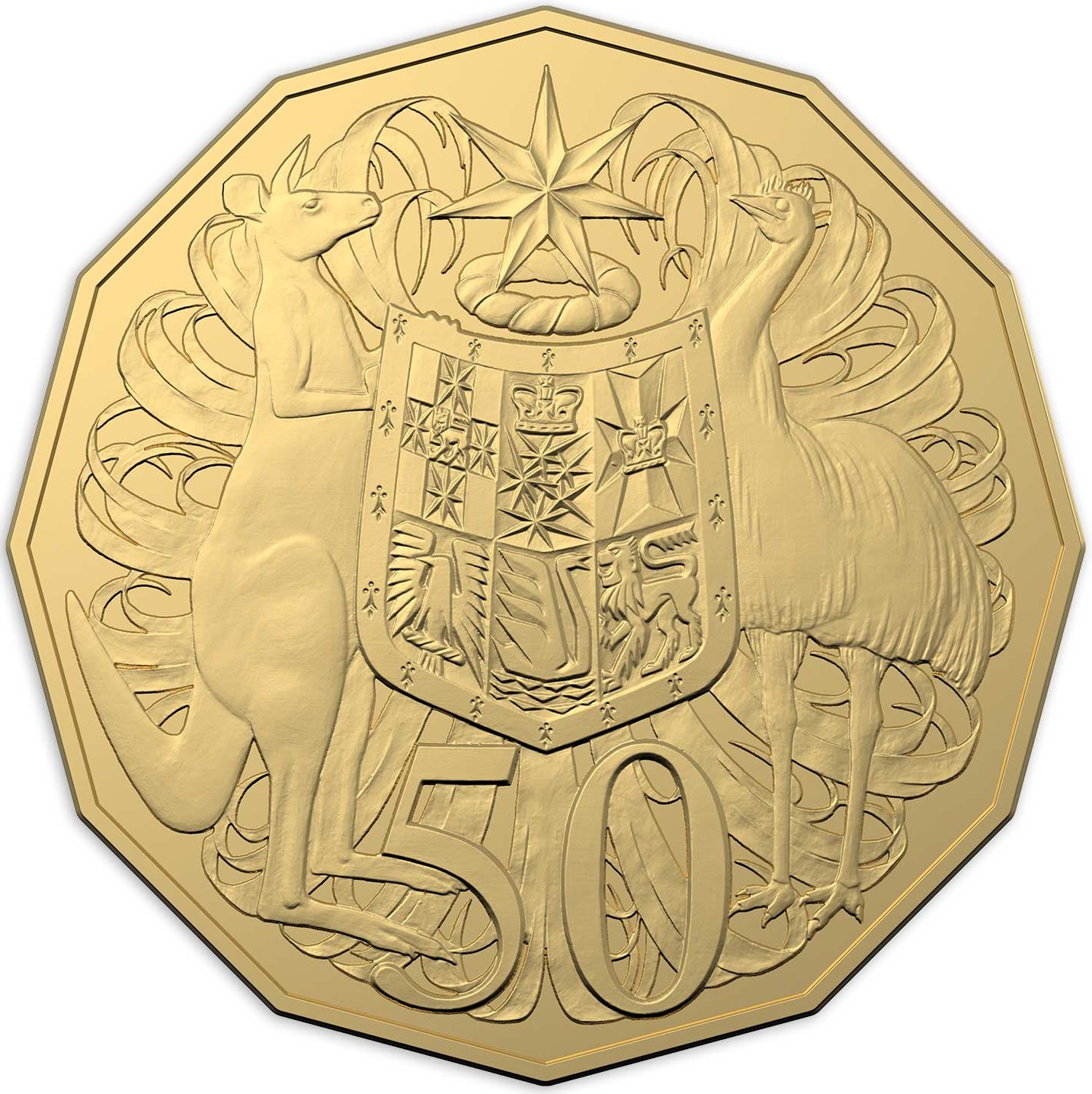 Each coin includes the same reverse design that was added in 1969 and continues today, the commonwealth crest designed by sculptor Stuart Devlin. 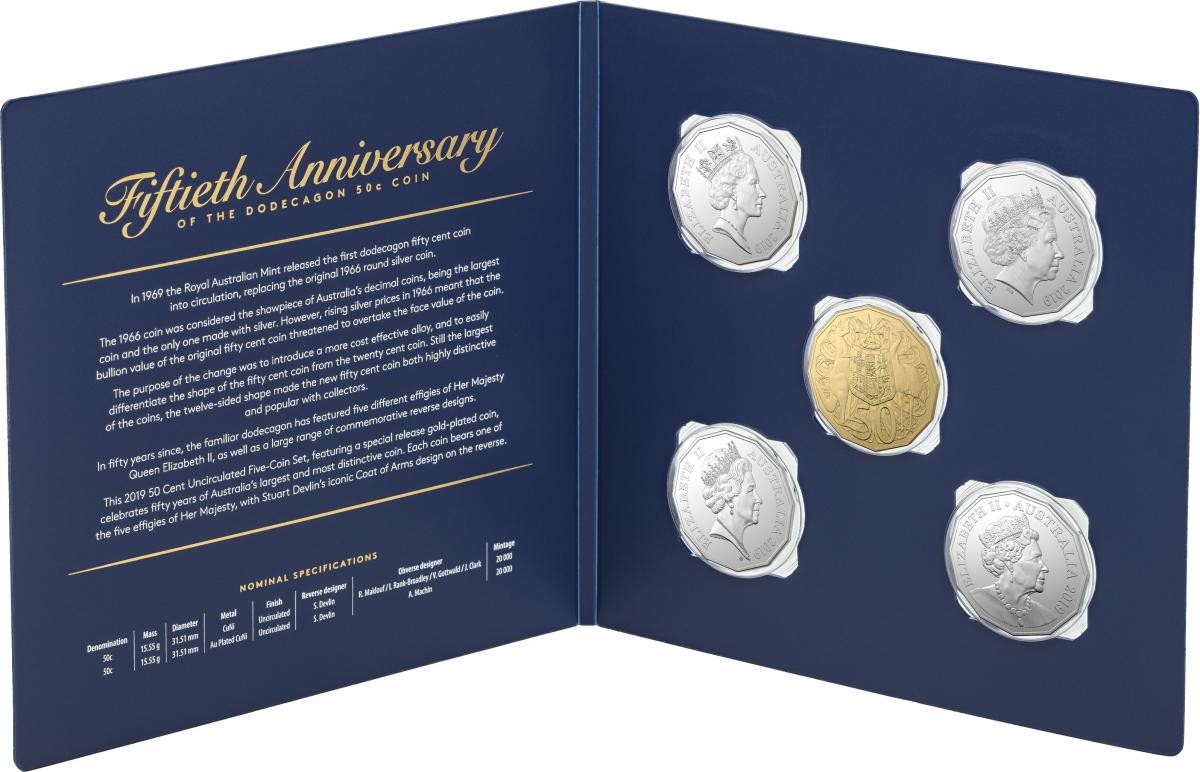 The five-coin set is housed in a folder which includes a slip-case for protection and storage. For additional information about this coin and others available from the Royal Australian Mint, please visit their website.