The Royal Australian Mint has released (3rd May) new commemorative coins which are in remembrance of the centenary anniversary of the Treaty of Versailles, the accord which officially brought an end to fighting in Europe in what became known as the Great War, fought from 1914 to the armistice in November 1918.

The treaty is particularly important to Australians, as it was the first foreign war they participated in as defenders of the empire and the mother country, Great Britain. With the outbreak of fighting on the continent after the assassination of the heir to the imperial throne of Austria-Hungary on the 28th June 1914 in the city of Sarajevo, long-agreed to treaties of alliance went into effect, with Imperial Germany siding with Austria-Hungary and Imperial Russia coming to the defence of the kingdom of Serbia, while the Bosnians sought independence from the Austrians. With Imperial Russia entering the fighting, their ally, France, had come under attack from Germany. It was at this time that Great Britain, an ally of both France and Belgium, had also entered the war against the countries known as the Central Powers. As Great Britain declared war against Austria-Hungary, Imperial Germany, and later, the Ottoman Empire, who had joined the fighting in support of Germany — empire and colonial forces were called upon in support and defence of Great Britain. It was at this time that the armies of Australia and New Zealand formed what became known as the Australian and New Zealand Army Corps (ANZAC) in December the same year.

The armies of Australia fought with distinction, participating in many theatres of fighting, gaining a reputation for courageous and brave service throughout the war despite tragic consequences in Gallipoli and substantial losses on the part of ANZAC soldiers. With the exit of Imperial Russian soldiers following the abdication of Czar Nicholas II in March 1917, and the entry of armed forces of the United States on the side of the Allied Powers, Bulgaria, fighting on behalf of the Central authorities, sued for peace and signed a treaty of surrender in September 1918. At this time, it became clear to the Central Powers that their cause was futile and they agreed to an armistice which came into effect on the 11th November 1918; the fighting had finally come to an end. Though the armistice ended the fighting, an official cessation of fighting and a peace treaty would have to be agreed to, this lead to the Treaty of Versailles, which, after its signing, formally concluded the war. The treaty formally recognised the collapse of the Russian Empire, the Imperial German government, and that of the empire of Austria-Hungary, with many countries emerging as independent countries as a result of the treaty.

For ANZAC troops, the end of the fighting meant repatriation from the many theatres of combat and engagement. With the war’s conclusion, arrangements for ANZAC soldiers and nurses were arranged by the newly formed Repatriation Commission charged with the responsibility of returning Australian soldiers between 1914 to 1919. Part of the legacy of the fighting in Europe of ANZAC forces was the establishment of ANZAC Day, which is observed on the 25th April each year. Though initially devised to honour the members of the Australian and New Zealand Army Corps who served in the Gallipoli Campaign, their first engagement in the First World War, it has been remembered as a mark of respect for all battles which ANZAC forces have served in, most notably, their participation during World War II. The design shown on the reverse side of both the $1 and $5 coins is inspired by the 1919 Peace Medal — Triumph of Liberty & Justice, which was presented to Australian schoolchildren to mark the end of the First World War. 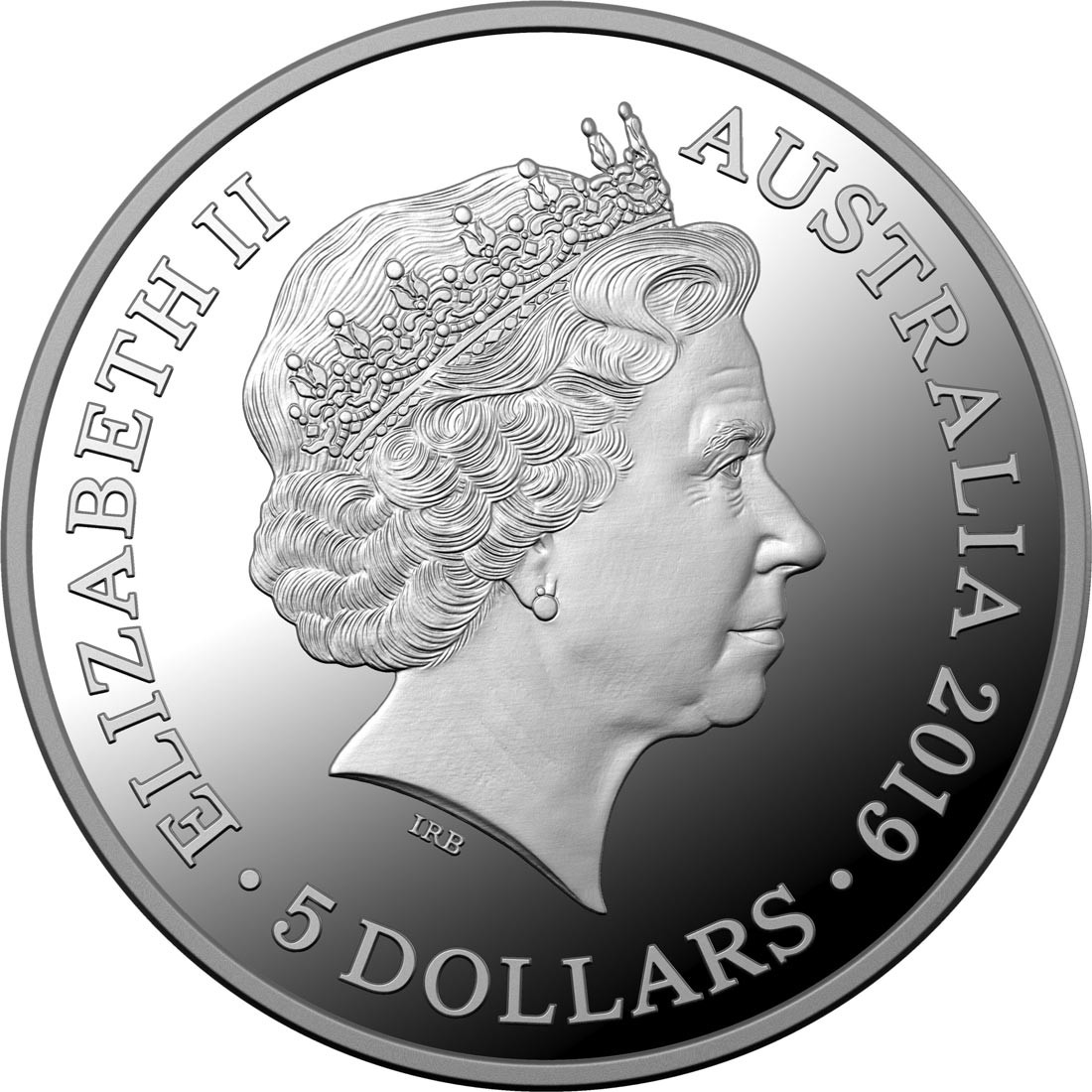 The obverse side includes an effigy of HM Queen Elizabeth II created by British sculptor Ian Rank-Broadley and has been included on all Australian circulation and many commemorative coins since 1999. 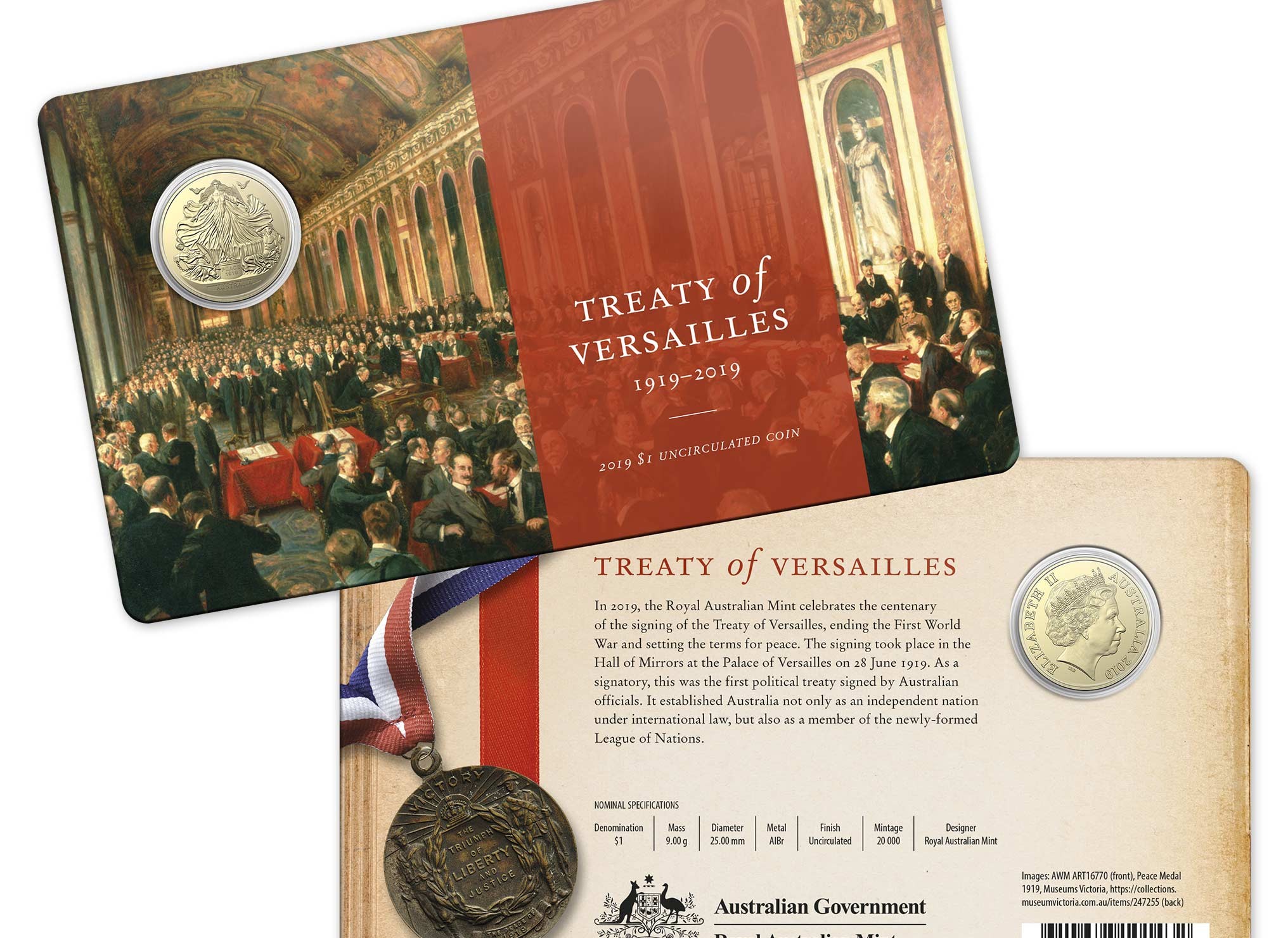 The Brilliant Uncirculated base metal coin is presented in a colourful coin-card. 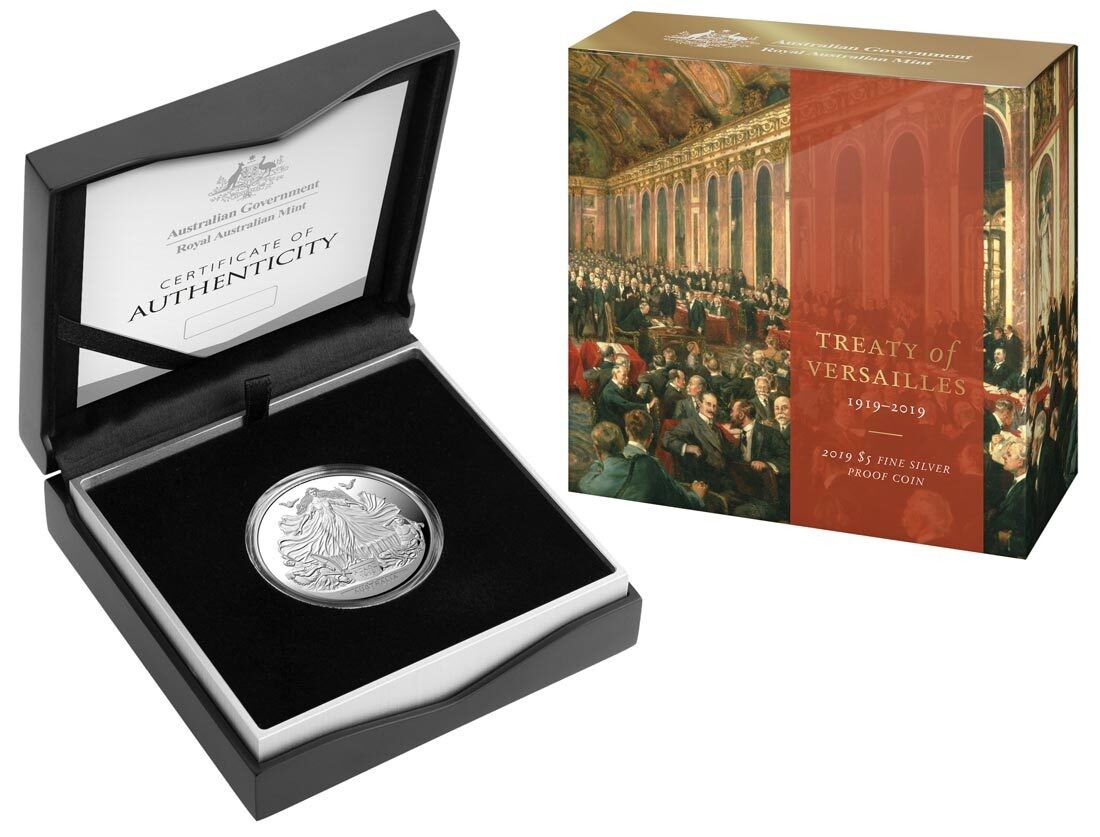 The silver Proof coins are housed in a Royal Australian Mint custom case and include a certificate of authenticity. There is a maximum purchase of three silver coins per customer account. For additional information, please visit the website of the Royal Australian Mint.