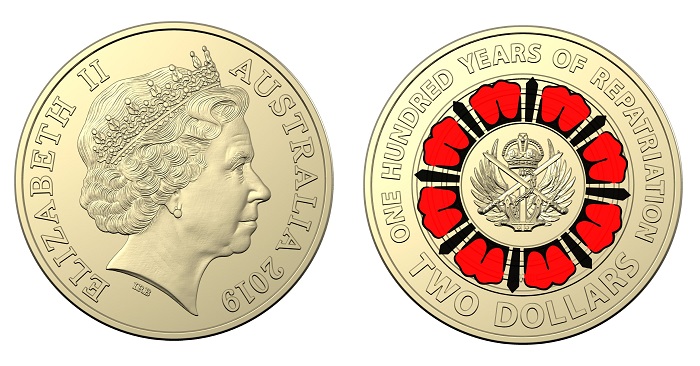 The Royal Australian Mint has released new commemorative coins on the 8th April marking the centenary of repatriation for Australian soldiers and nurses after the First World War. Following the conclusion of the First World War, transporting or repatriating the dominion and colonial soldiers from the empire back to their respective homes was paramount, and a colossal task. Ultimately, thousands of Australian soldiers would return from fighting in France, Belgium, and the Middle East, many scarred or disabled — physically or mentally — and it was at this time we would first hear of “shell-shock.” The government at the time realised that a system of repatriation was necessary to prepare these soldiers for a return to civilian life and to ease the transition to meet their unique needs in the years that followed the First World War.

On the 28th September 1917, the Australian Soldiers’ Repatriation Act received royal assent. This was closely followed by the War Services Homes Act in 1918, which paved the way for the Repatriation Commission’s inception and the introduction of a Repatriation Board in each state on the 8th April 1918. From the many theatres of fighting and engagement, and with the war’s conclusion, arrangements for ANZAC soldiers and nurses were arranged by the newly formed Repatriation Commission with “Returned from Active Service” badges that were issued to returning Australian soldiers between 1914 to 1919. The badge depicts the St. Edward’s Crown with the rising Sun. Below was a scroll with the text “AUSTRALIAN MILITARY FORCES.”  Symbolically, the inclusion of this badge represented the commencement of the repatriation. From 1919, the Repatriation Department began to facilitate the safe return of tens of thousands of service people. The passing of the legislation in 1917 marked the beginning of the Department of Veterans Affairs (DVA), which continues a century later. The Department of Veterans’ Affairs continues to provide essential support to defence force veterans and their families such as war pensions, healthcare, education, housing, and official commemorations. 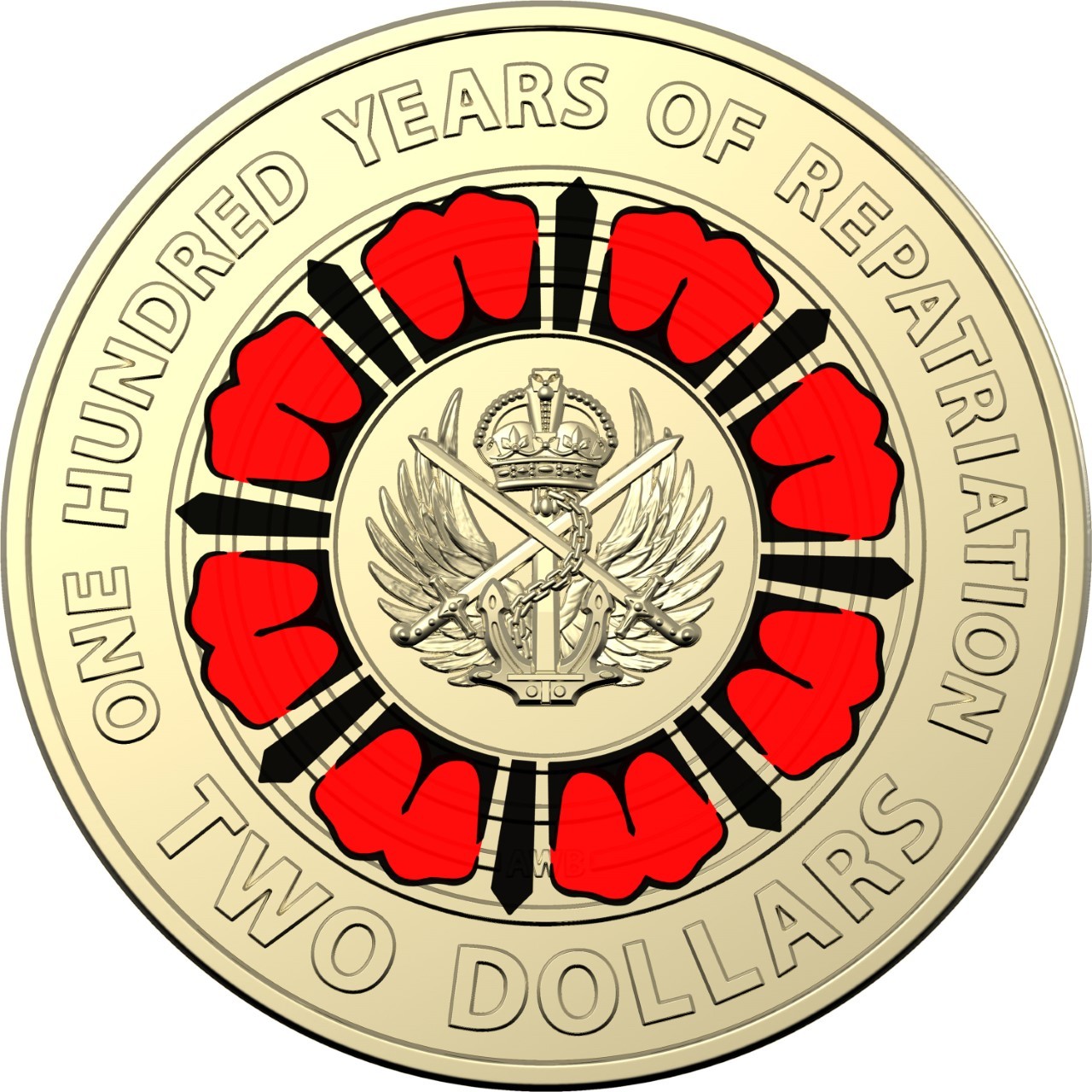 The badge featured on the $2 coins depicts a graphic element taken from the First World War “Returned from Active Service” badge. It is framed by a circular colour print depicting black arrows and red and black petal motifs. The arrows, inspired by the iconic Rising Sun, represent the journey home for Australian service personnel over the last 100 years. The petals represent the Flanders Field poppy, an iconic symbol of remembrance, with each petal symbolising the six states and two territories of Australia. 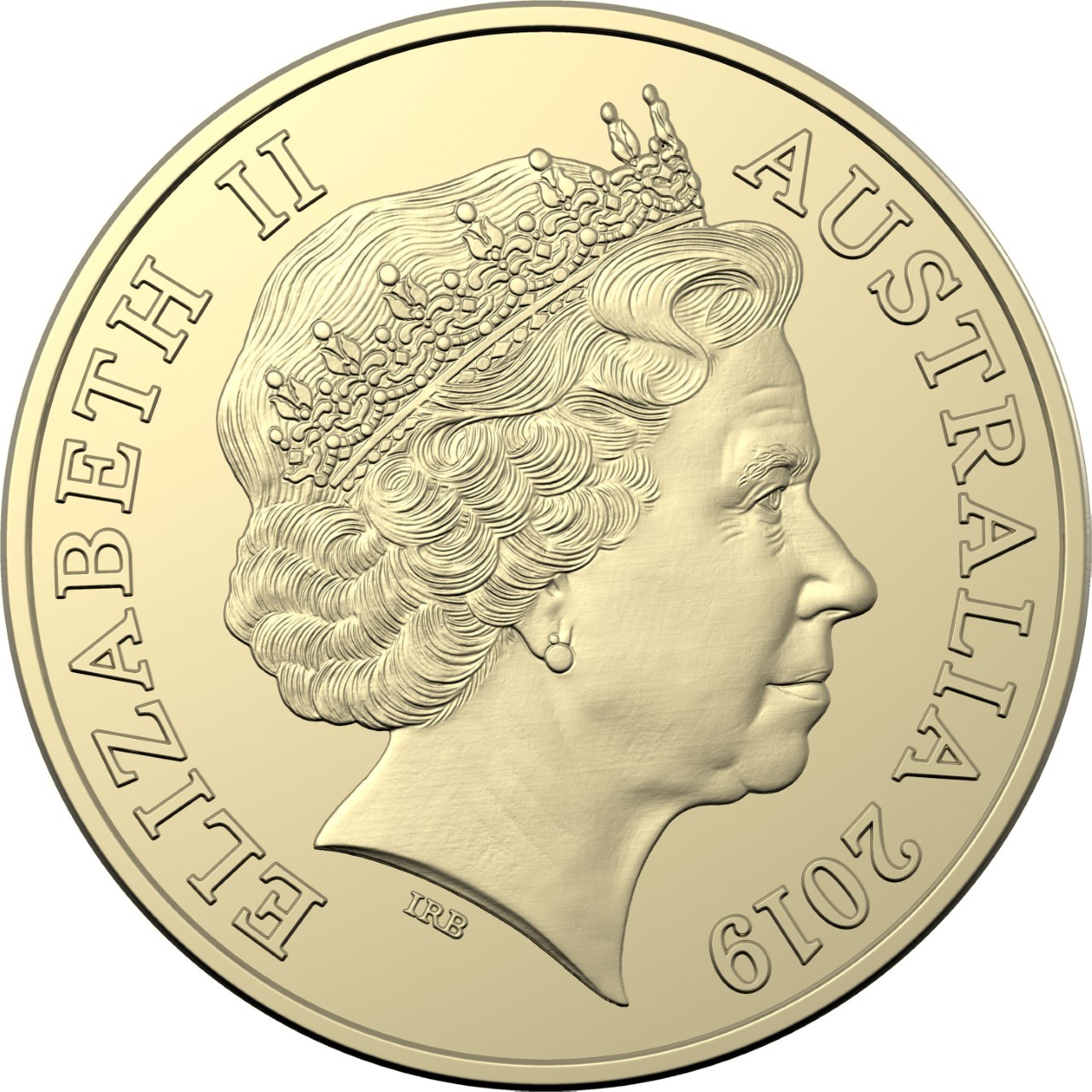 The obverse includes the effigy of HM Queen Elizabeth II created by British sculptor Ian Rank-Broadley and has been seen on all Australian circulation coins since 1999. 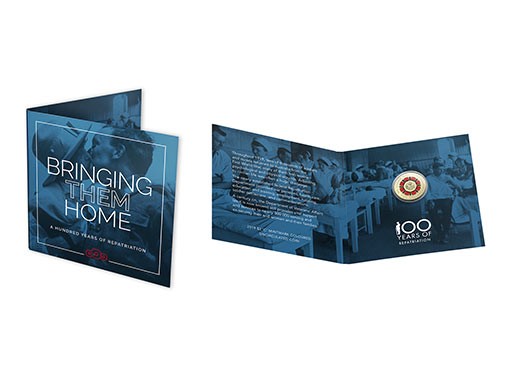 The coin entered circulation on the 8th April. A collector’s Uncirculated edition with a colourised reverse and “C” mintmark is available by visiting the Royal Australian Mint’s website.