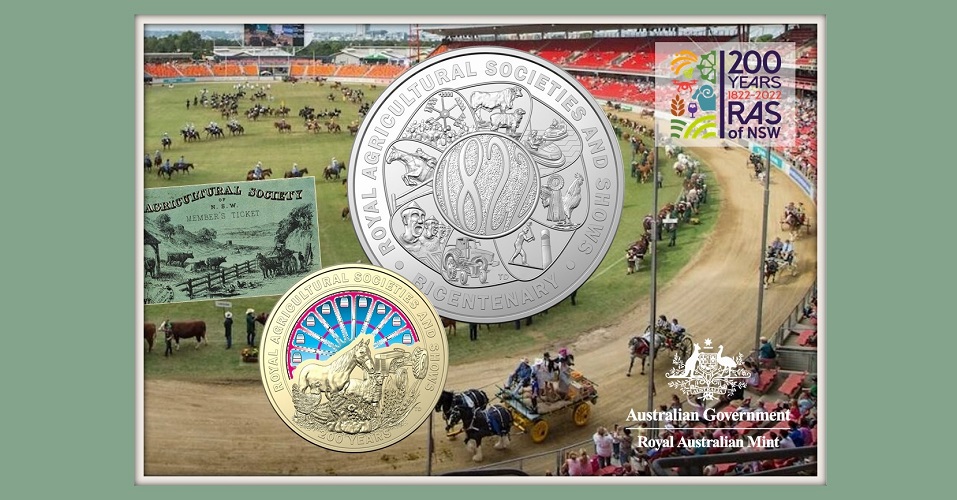 The Royal Australian Mint has released new silver Proof collector coins in honour of the bicentenary anniversary of Australia’s first agricultural show and the foundation of Royal Agricultural Societies. Originally founded as The Royal Agricultural Society of New South Wales on the 5th July 1822, its primary purpose was as a non-profit organisation committed to supporting agricultural development and rural communities in Australia. The following year after its founding, the Society held its first show with livestock and produce categories.

Both the $1 and $5 coins are designed by graphic artist Tony Dean, who has chosen different motifs for each denomination, and the $1 is illustrated in colour. 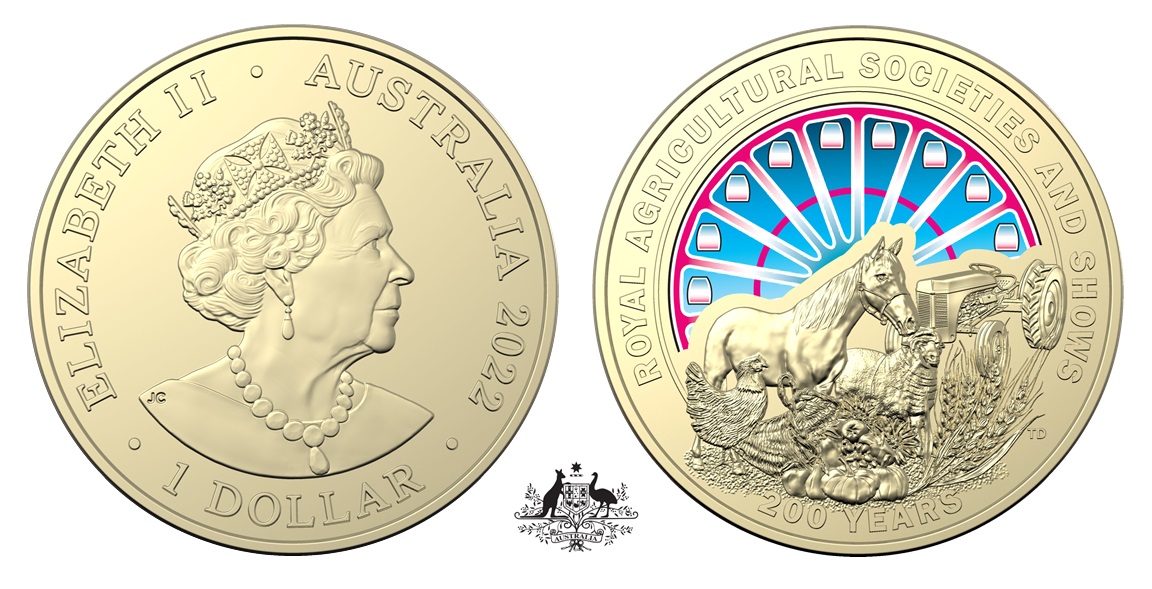 $1 aluminium-bronze: A representation of a Ferris wheel displayed in vivid colour provides the background with livestock such as horses, chickens, and sheep featured along with a contemporary model combine tractor and a selection of produce. Above the primary design is the commemorative text ROYAL AGRICULTURAL SOCIETIES AND SHOWS with the additional text 200 YEARS placed below. 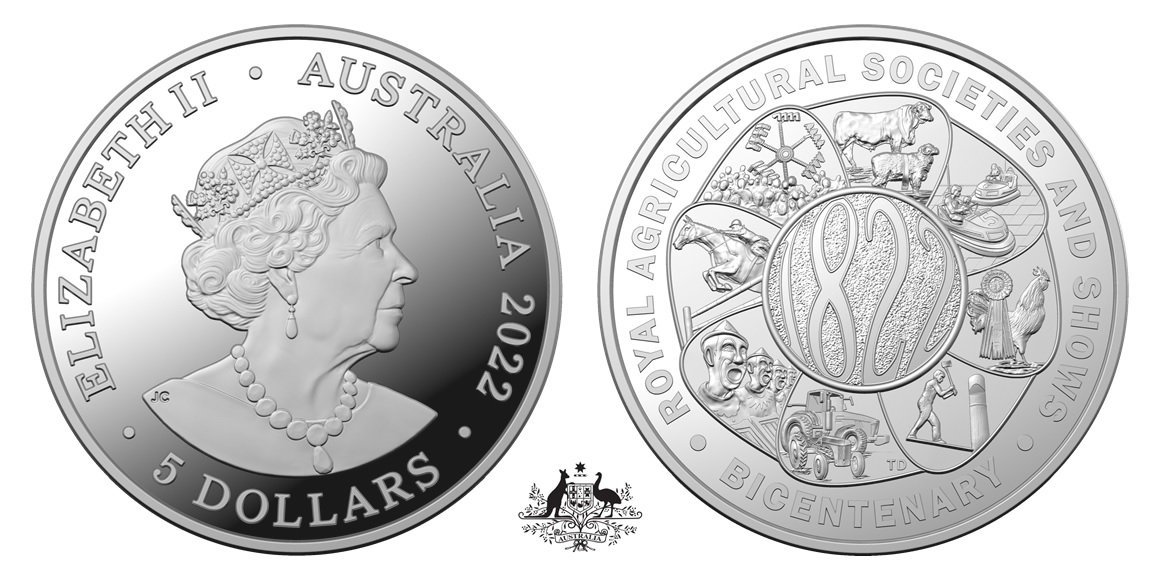 $5 silver: The reverse design features references that recognise the contribution of Australia’s eight state and territory Royal Agricultural Societies over the past 200 years. Images include livestock, show-jumping, fairgrounds, feats of strength, and excellence in farm equipment encircling the stylised year of formation 1822. Above the primary design is the commemorative text ROYAL AGRICULTURAL SOCIETIES AND SHOWS with the additional text BICENTENARY placed below.

Both coin options depict on the obverse the Jody Clark Commonwealth effigy of Her Majesty Queen Elizabeth II along with the monetary denomination placed below her likeness. The year 2022 is also shown in the legend above the effigy.

The base metal Brilliant Uncirculated coin is presented in a coin-card format that includes illustrations and informative text from the RAS and the bicentenary anniversary. The Proof silver coins are encapsulated and presented in a custom case accompanied by a certificate of authenticity. For more information about this range of coins, please visit the website of the Royal Australian Mint here for the $1 coin and here for the $5 coin.