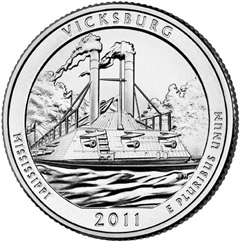 The major coin collecting event for the month of August 2011 will be the ANA World’s Fair of Money held in Rosemont, Illinois. The event will include the largest bourse in ANA history with more than 1,200 dealers. Additional highlights include the Museum Showcase, Collector Exhibits, and numerous educational opportunities. Both PCGS and NGC will provide on-site grading, and an auction will be conducted by Stack’s Bowers.