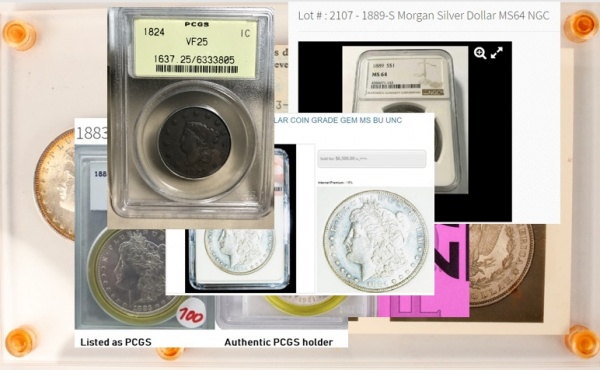 Every now and then I spot issues that might interest Coin Update viewers. Each of these coins, holders, and numismatic tidbits are not worth an entire column — but certainly can pique your interest — especially if you bid online in portals like Proxibid and Hibid.com.

That’s when we do an overview.

We’ll start with NGC’s use of “S” for “silver” in Morgan dollars, which continues to confuse auctioneers who mistake the initial for a San Francisco mint mark. We covered this extensively in a previous Coin Update post.

NGC uses the “S” to distinguish the 1878 Morgan (and years to follow) from trade dollars, which carry a “T.” But the design of the label puts the “S” too close to the date, so sellers describe coins as if they were minted in San Francisco. 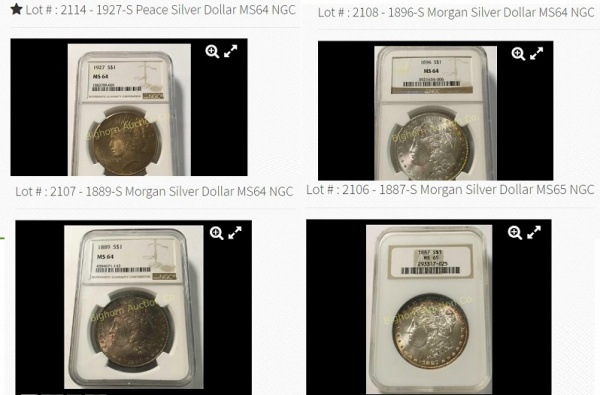 Another auctioneer realized the 1886 Morgan depicted below was from Philadelphia but believed NGC made a label mistake, writing in his description: “Certificate [h]as an S but this is wrong.” 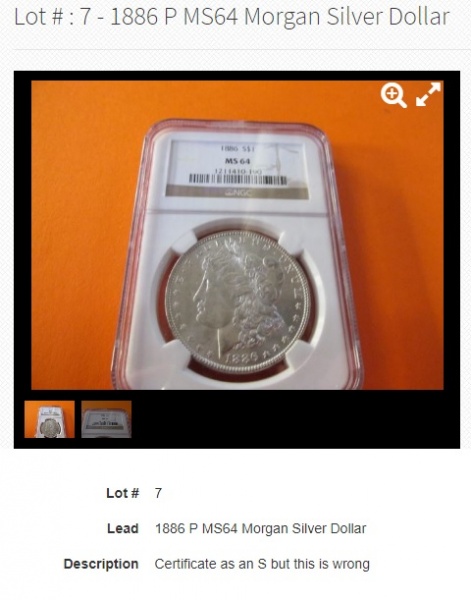 I urge NGC to drop the unneeded “S” in its next label design or move it to the right farther from the date so it cannot be confused with a mint mark.

You often find bottom-tier or lesser known slabs designed as if they are PCGS or NGC. Here’s an example: 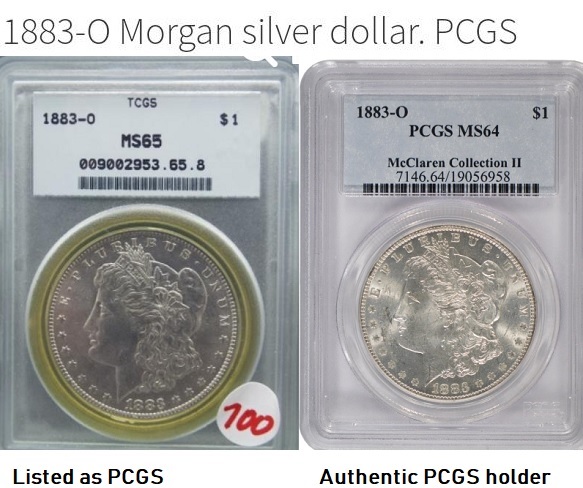 As you can see, the 1883-O came from a company named “TCGS” (curious!) but was listed erroneously as coming from PCGS, replete with a yellow band, which some older PCGS holders actually had. Those inserts, as well as labels, faded over time.


An example of a PCGS yellow band: 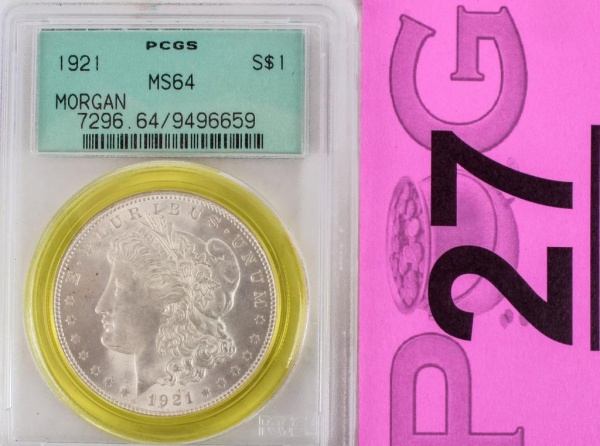 Here’s a faded green label from a discussion about that in a collector’s forum: 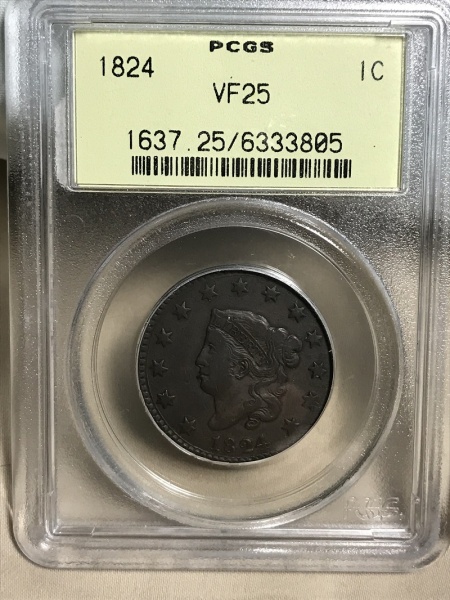 If you bid online, pay close attention to the label. I always use PCGS and NGC certification tabs to check, making sure the slabbed coin is not a Chinese counterfeit.

Every now and then you come across a certificate holder used in the mid-1970s and early 80s before slabs became more widespread a decade later. Here’s an example from ANACS: 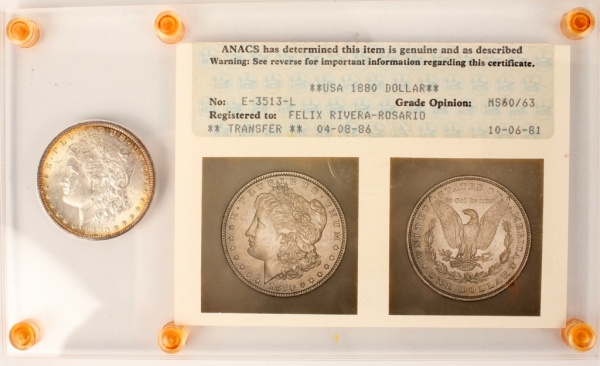 Many hobbyists collect those certificate holders and pay a premium over the coin’s worth inside.

You can read about collectible slabs in a marvelous book by David Schwager, reviewed in 2016 in this Coin Update post.

Now, what qualifies as one of the worst online buys, in my opinion, is a cleaned and overly dipped 1884-S in a lesser-known holder proclaiming it to be MS-66. I wouldn’t bid silver melt for this coin, but it sold for $6,500. I blocked out the identity of the seller and initials of the buyer, as mine is an educational post, and, it seems, some of us need a little more numismatic education. 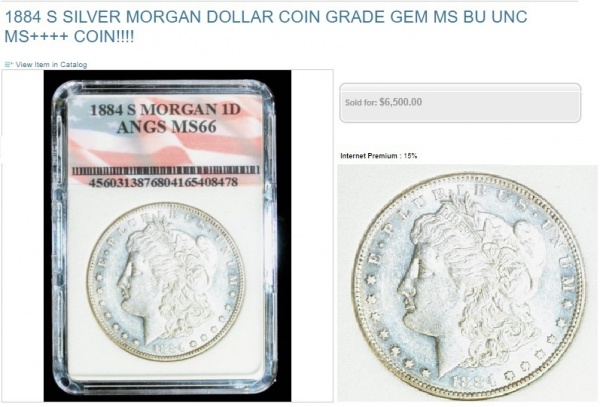 Well, given this potpourri of online coin information, people will have some comments or questions. Pose them in the section below!