Seller is suspect in another counterfeits case

(Temecula, California) July 14, 2020 — Acting on a tip from the Anti-Counterfeiting Educational Foundation (ACEF), federal and local California law enforcement agents now are investigating the attempted sale of $400,000 of counterfeit coins including a fake example of the historic 1879 Coiled Hair gold $4 “Stella” that brought $300,000 at auction last year. The seller also is a suspect in an earlier case involving fakes, according to Doug Davis, Director of the ACEF Anti-Counterfeiting Task Force (ACTF). 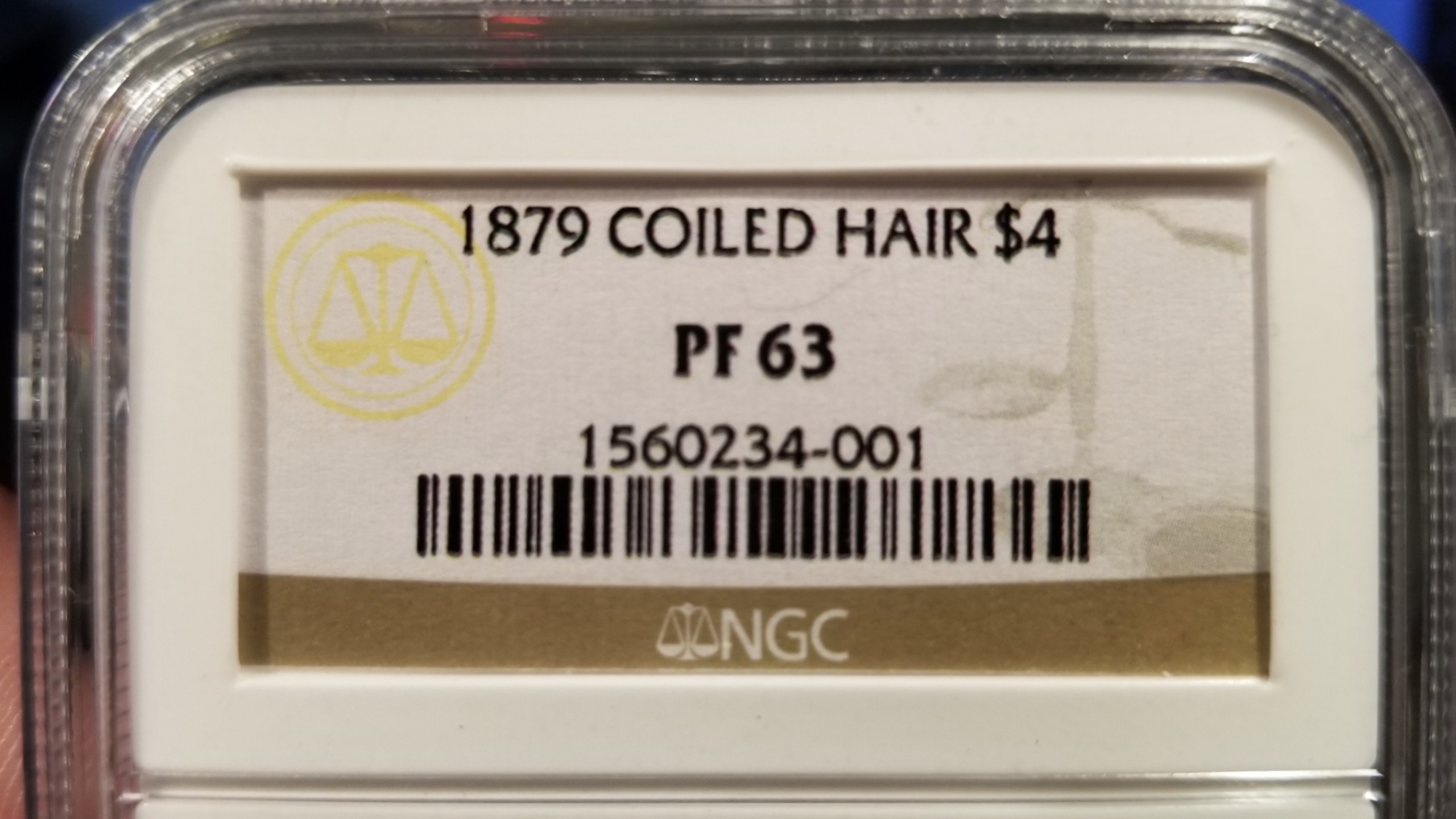 The fake 1879 Coiled Hair $4 Stella was housed in a counterfeit NGC holder with the same grade and certification number as a genuine example that sold for $300,000 in 2019. (Image courtesy of Ryan Moretti). Hover to zoom.

The bogus Stella was housed in a counterfeit Numismatic Guaranty Corporation holder with a fake insert label printed with the same NGC PR-63 grade and certification number as the genuine coin.

Davis, a former Texas Police Chief, has alerted the U.S. Treasury Department Office of Inspector General (OIG) and is assisting investigators in this case. 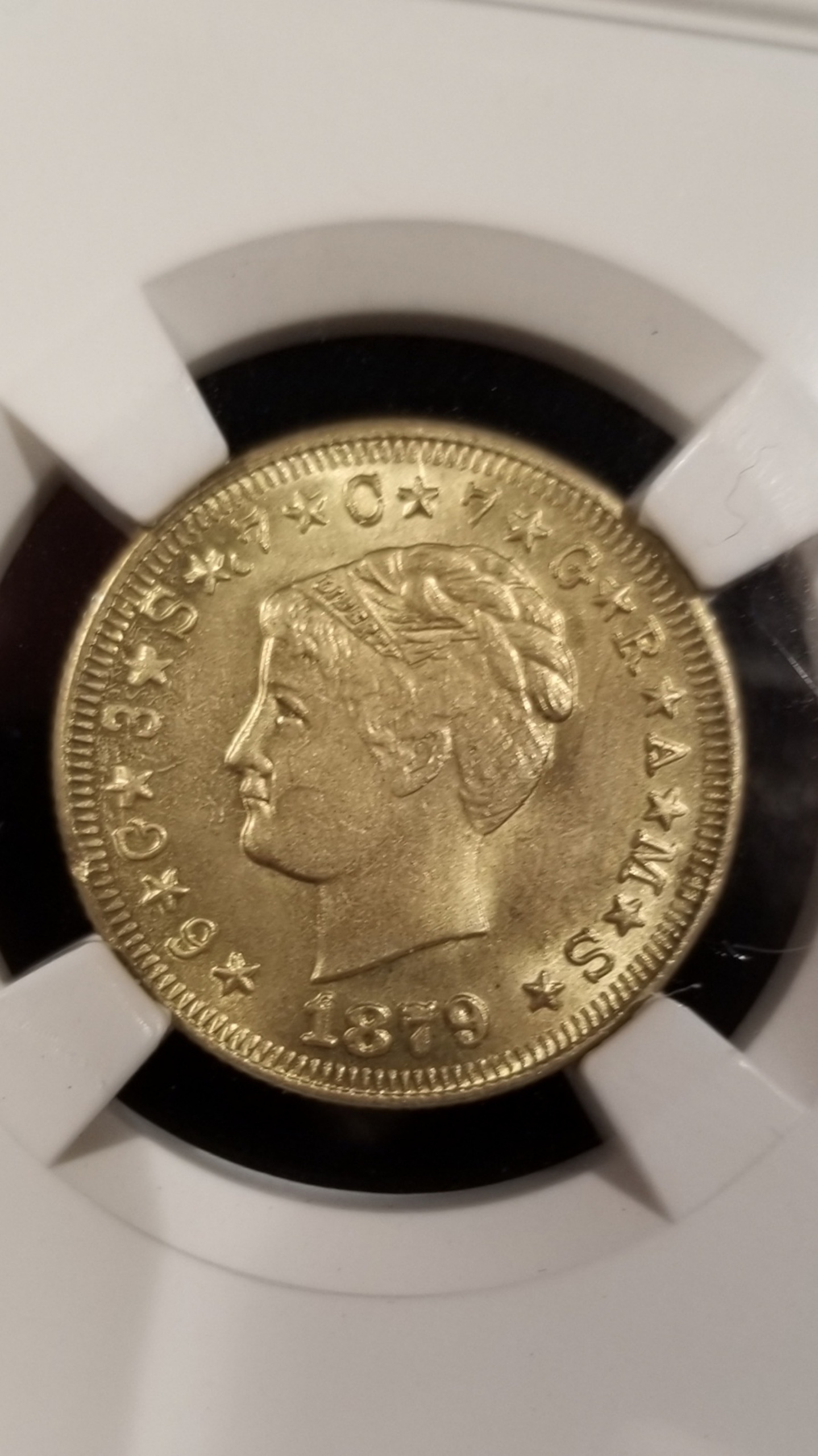 The obverse of the counterfeit 1879 Coiled Hair $4 Stella that now is under investigation. (Image courtesy of Ryan Moretti).

“The seller of these counterfeits is on our radar and we’re after him no matter how long it takes. In the meantime, these fakes are off the market. They were turned over as evidence and are now in the custody of detectives at the Irvine, California Police Department,” Davis stated. 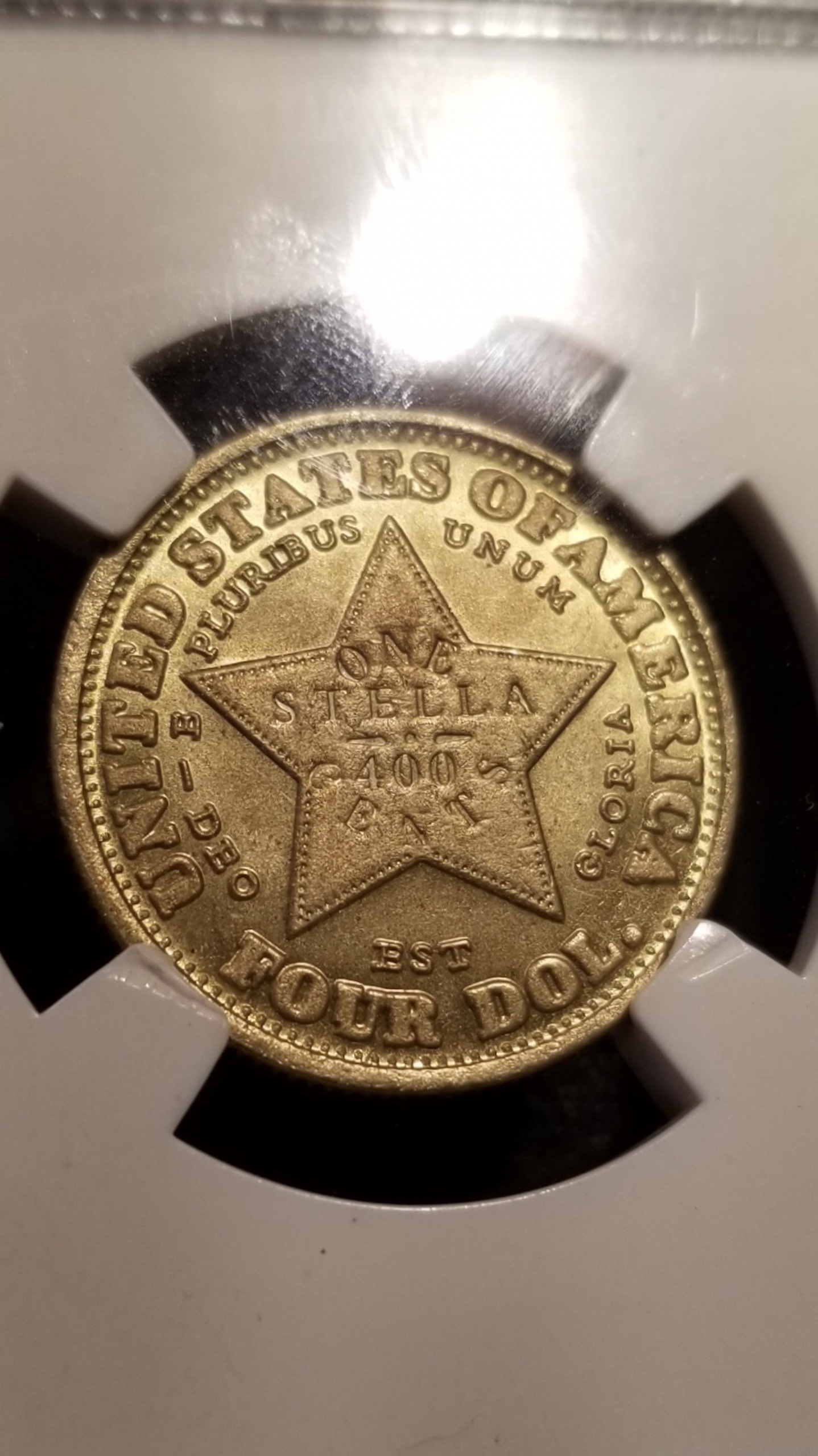 The reverse of the counterfeit 1879 Coiled Hair $4 Stella that is jointly being investigated by the Anti-Counterfeiting Educational Foundation and federal and local California law enforcement agencies. (Image courtesy of Ryan Moretti).

“We were alerted to this case by Ryan Moretti of Orange County California who is the senior numismatist of Colorado-based American Rarities. He was contacted by an individual offering to sell several expensive coins allegedly in NGC holders, including the 1879 Coiled Hair $4 Stella of which only about dozen genuine examples are known,” said Davis.

When he received the coins, Moretti suspected based on his years of experience as a professional numismatist that they and the NGC holders were counterfeit. The suspicions were confirmed after inspection by other numismatic experts including NGC representatives.

“When we entered the suspect’s name into the ACTF crime and intelligence database it linked him to another case in which he reportedly attempted to sell counterfeit coins to a Minnesota dealer in December 2019. ACTF alerted agents with the Minnesota Department of Commerce and U.S. Treasury OIG. Those coins were seized and a joint investigation is currently continuing,” explained Davis.

Federal and local investigators are reviewing both the Minnesota and California cases to determine appropriate jurisdiction to initiate prosecution against the suspect for possession and distribution of counterfeits with the intent to defraud.

“Well-made fakes are flooding the U.S. marketplace and the integrity of the numismatic community is under attack. These recent cases spotlight the significant technological advancements of counterfeiters and their agents as well as the all-too-easy availability for the sale of fake coins and precious metals housed in counterfeit third-party authentication and grading holders,” Davis cautioned.

“The Anti-Counterfeiting Educational Foundation and it’s Anti-Counterfeiting Task Force will continue its vigorous commitment to protecting the numismatic profession and collectors from adversaries who manufacture and sell counterfeit coins and precious metals. And, we’ll continue to educate the public to encourage them to only work with reputable dealers,” said Davis.

The ACEF and the task force are supported entirely by donations. The ACEF is a 501(c)(3) corporation and all donations to ACEF are tax deductible.

For additional information or to make a donation, contact the Anti-Counterfeiting Educational Foundation at 28441 Rancho California Road, Suite 106, Temecula, CA 92590. The phone number is 951-587-8300. Or visit the website.