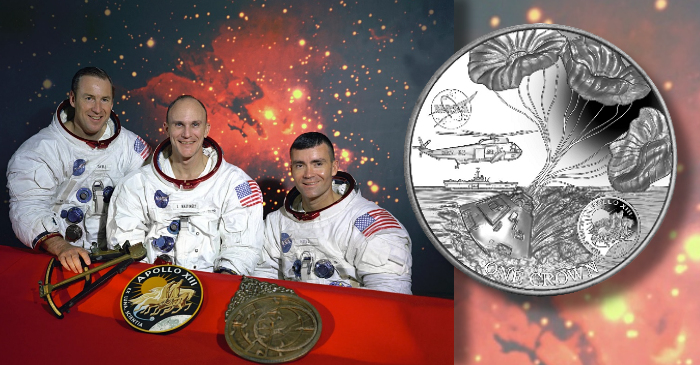 The government and treasury of Ascension have released (20th May) new silver Proof collector’s coins which commemorate the 50th anniversary of the heroic Apollo XIII mission. This was the seventh crewed mission in the American Apollo space programme and the third which was meant to land on the moon. However, two days into the mission and it quickly turned into a scenario of just making sure the crew were brought home unharmed and alive.

The Pobjoy Mint UK produces the coins at their facilities in Surrey, England, on behalf of the government and treasury of Ascension. To mark this historic event, the first coin was struck on the 17th April 2020 — the actual day of the 50th anniversary when the worldwide audience watched the Lunar Module splashdown adding greater emphasis to the anniversary. The events surrounding the mission was also dramatized in a feature-length film in 1995 entitled Apollo 13, which received critical acclaim having been nominated for nine Academy Awards including Best Picture. 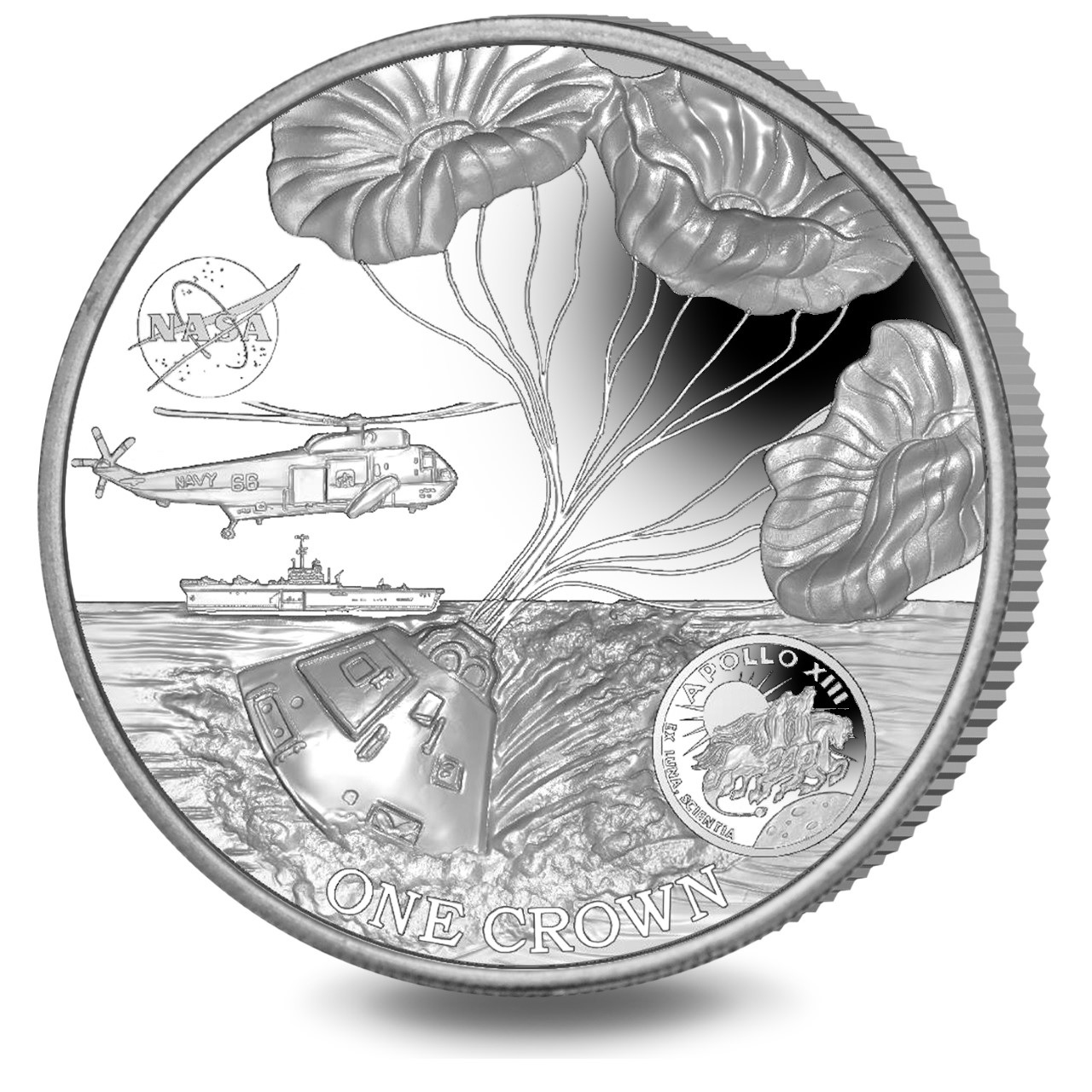 The design on the reverse side of the coins features the Lunar Module splashing down in the South Pacific with the parachutes falling behind it. A helicopter can be seen hovering over the module with the USS Iwo Jima on the horizon. The NASA logo and the Apollo 13 Crew Patch are also featured in the design. NASA granted special permission for the use of this official logo in the primary design. 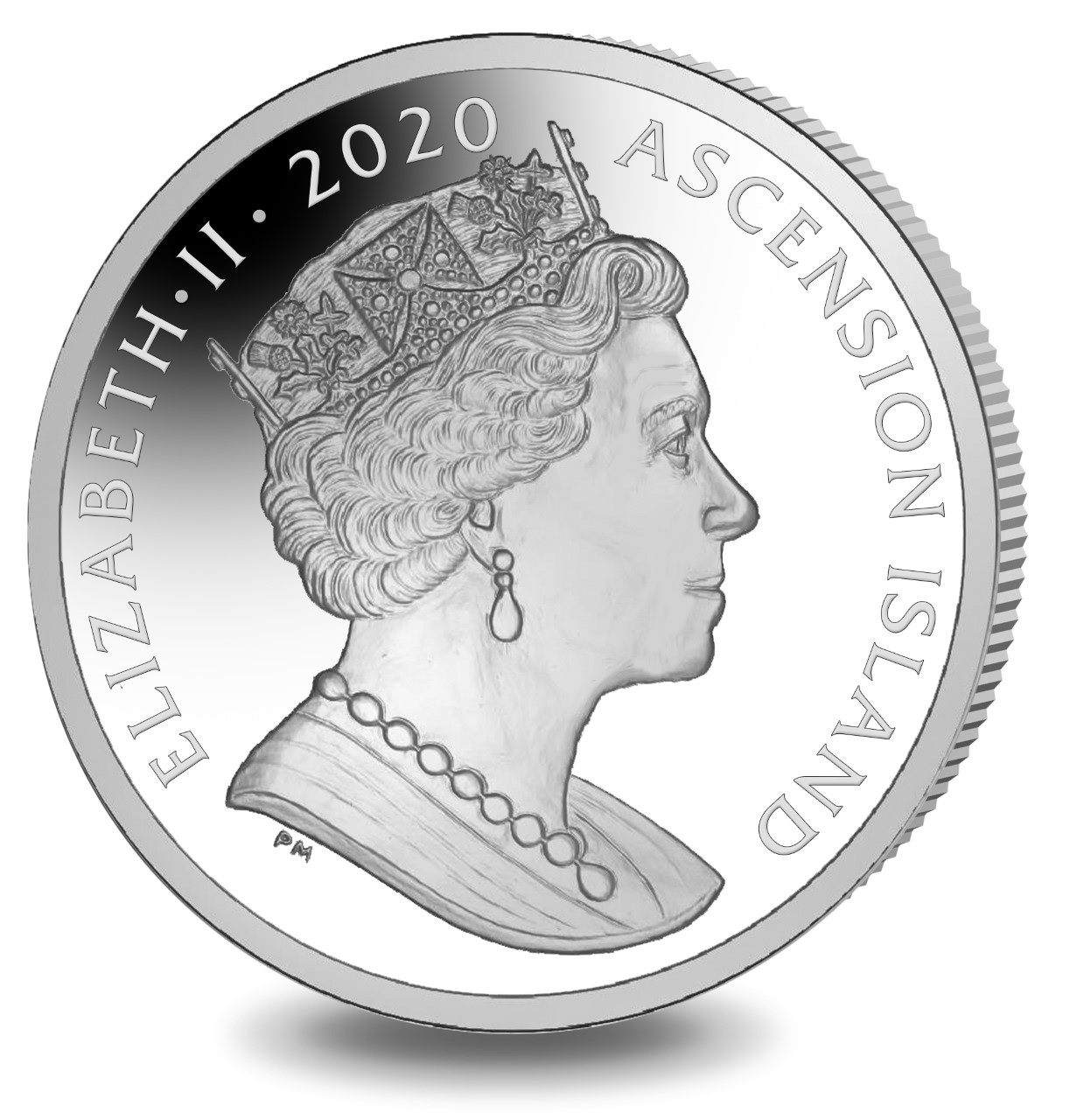 The obverse side includes an effigy of HM Queen Elizabeth II, which is an exclusive design of the Pobjoy Mint. The issuing authority and year of issue are shown in the legend surrounding the Queen’s likeness. 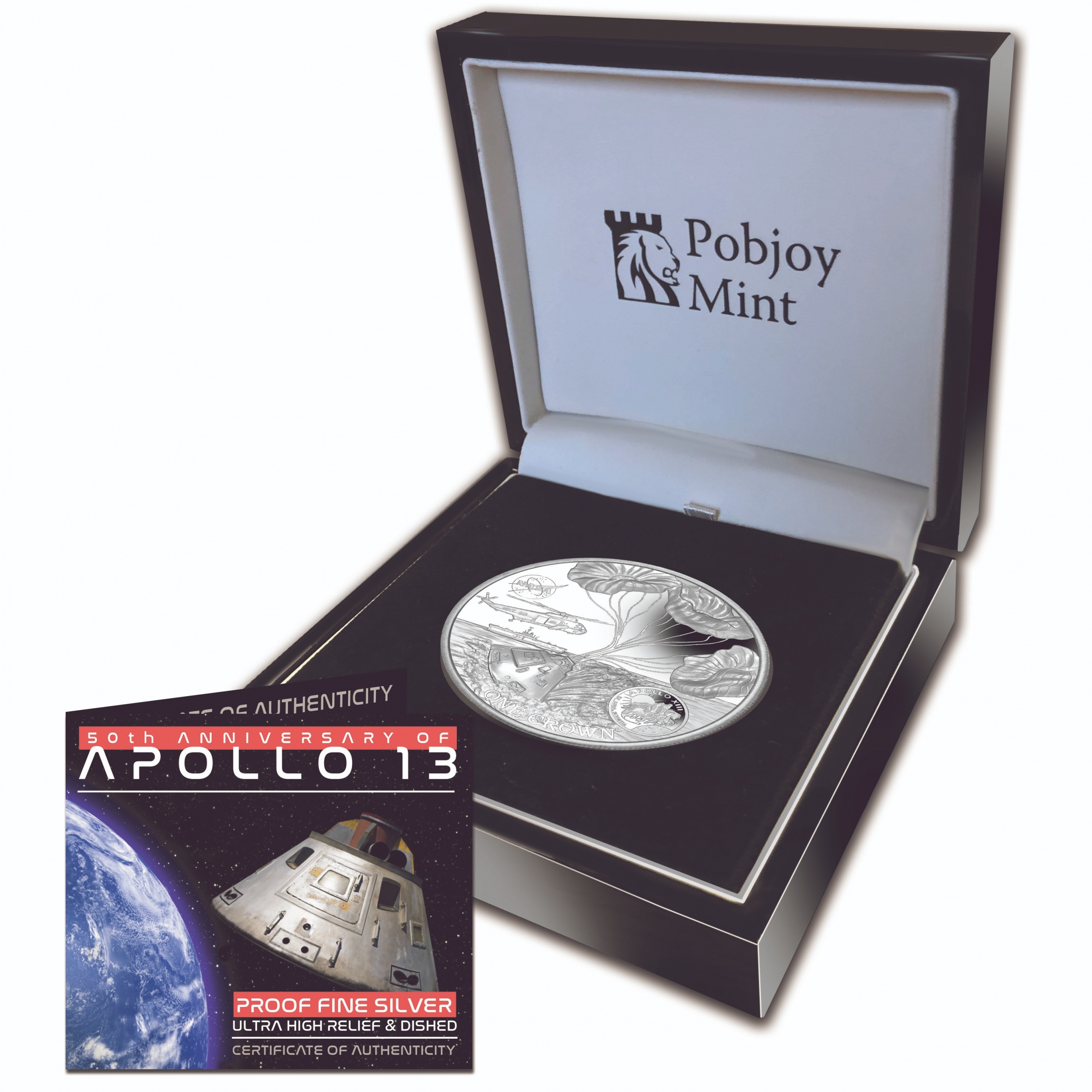 The Sterling Silver coins are struck as piedforts — on double thickness specially prepared blanks which enhance a deeper relief of the reverse design. They are encased in an acrylic capsule and presented in a custom black box which also includes a special themed certificate of authenticity. For more information about these coins and others issued by the treasury of Ascension, please visit the website of the Pobjoy Mint.

Dispatch of orders commences from the 29th May.