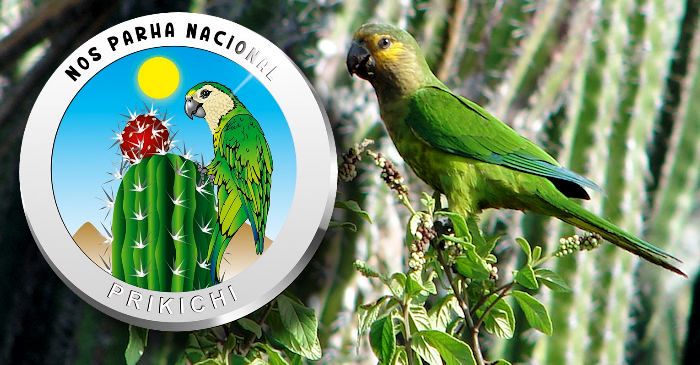 The Central Bank of Aruba have issued (12th October) a new silver crown-size coin which celebrates the island nation’s national bird — the “prikichi.” Responding to a concerted effort and request by Aruban Bird Conservation, the Council of Ministers of Aruba approved a proposal to declare the prikichi Aruba’s national bird on the 7th February 2017. Of the 249 species of bird so far recorded on Aruba, only two are endemic subspecies (birds which are native only to Aruba and nowhere else in the world), those being the shoko (Aruban burrowing owl) and the prikichi (Aruban parakeet).

The shoko (Athene cunicularia arubensis) was declared a national symbol in 2012, and now the prikichi (Aratinga pertinax arubensis) has become the national bird of Aruba. This recent move is expected to boost awareness of nature on Aruba and help to ensure that these birds do not disappear from the Aruban landscape.

The prikichi, or Aruban maize parakeet, has a length of 25 centimetres, weighs between 90 and 100 grams, and is known for its beautiful feathers that shine in different colours of green. They live scattered in natural environments over the island and swarm with hundreds of species creating distinctive and recognisable levels of bird noise over the Aruban landscape, usually while building their nests in termite hops to breed their eggs. A well-known Aruban proverb is, “Komehein ta traha kas pa prikichi buta aden,” which literally translates to: “The termite makes its nest so that the parakeet can put its own eggs in it.”

The coin is produced by the Royal Dutch Mint on behalf of the Central Bank of Aruba and depicts the little bird in full colour perching atop a cactus, where they are often seen. 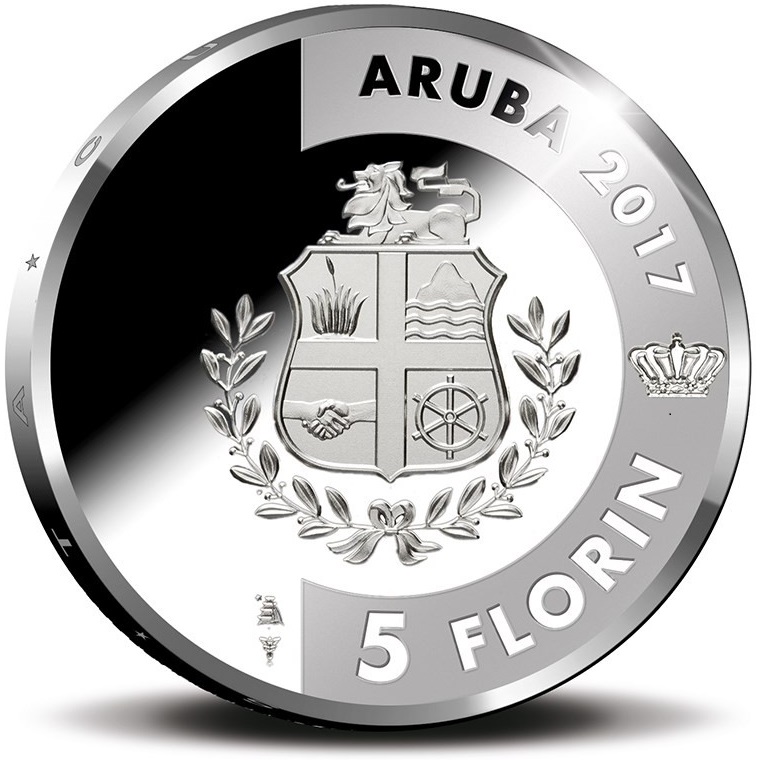 The reverse includes the Aruban crest in the centre of the design, the year of issue, and the denomination of 5 FLORIN. 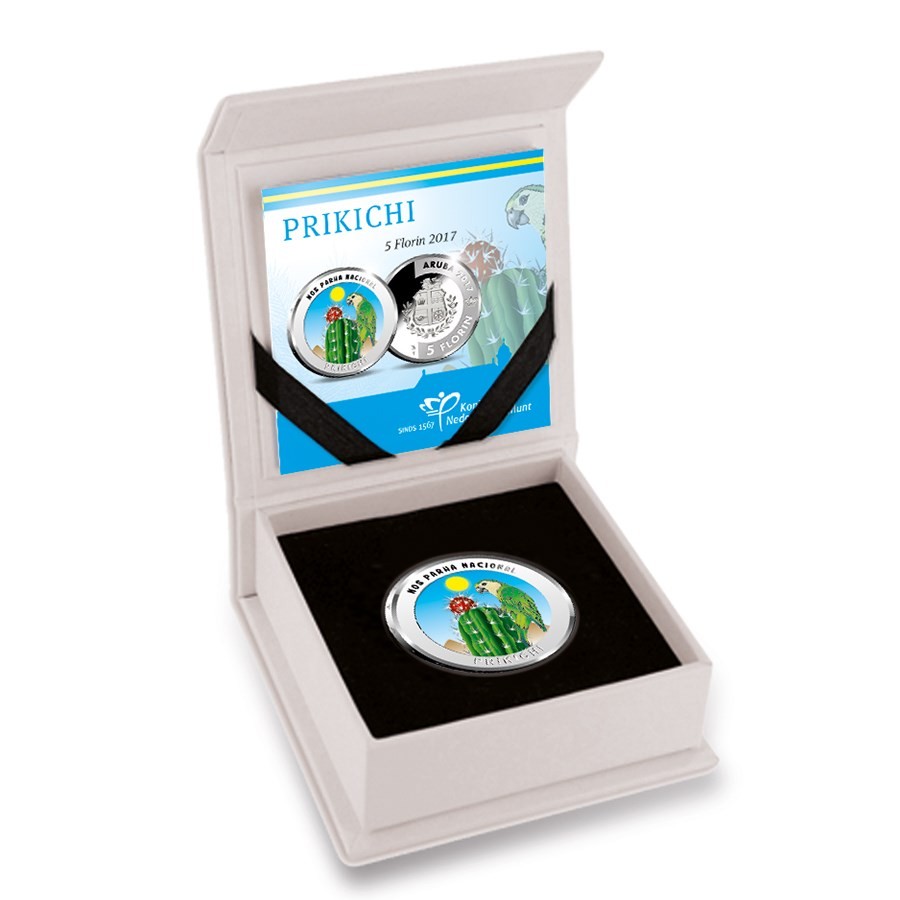 This is Aruba’s only collector coin issued for 2017 and is produced in very limited quantity. It is presented in a custom case with a certificate of authenticity. For more information on this and other coins issued by the Aruban Central Bank, please visit the website of the Royal Dutch Mint.