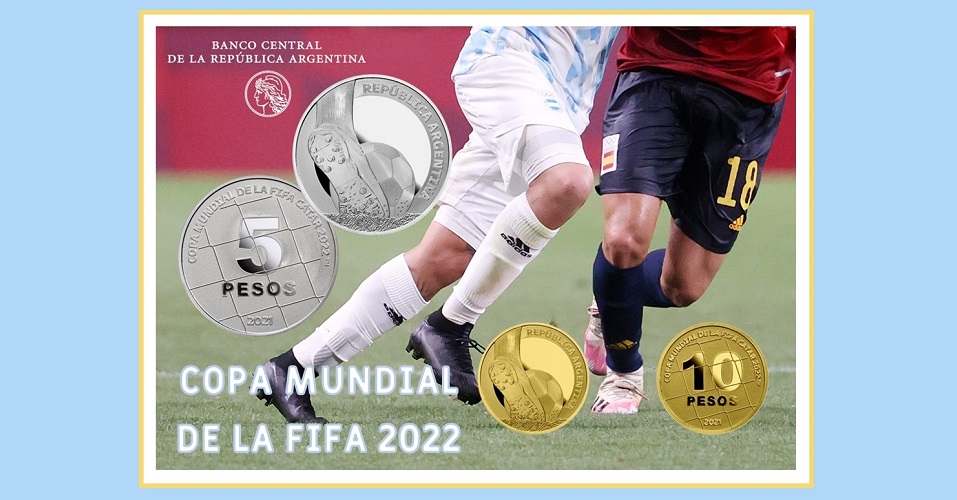 The Central Bank of the Republic of Argentina — BCRA has issued (30th November) new gold and silver collector coins in honour of the World Cup 2022, which will be hosted in Qatar. Staged since 1930, the first World Cup in 1930 was played in Uruguay, of which the Argentinian national team has appeared in five World Cup finals, including the first final, and claimed the trophy on two occasions in 1978 and 1986. The 2022 tournament will be the XXII World Cup; the Argentinians qualified for play on the 16th November 2021. Due to the host country’s intense summer heat, the 2022 World Cup will be held from late November to mid-December, making it the first tournament not to be held in May, June, or July; it is to be played in a reduced timeframe of around 28 days. As such, the scheduled days, which include the opening ceremony, will commence on the 21st November and conclude on the 18th December. 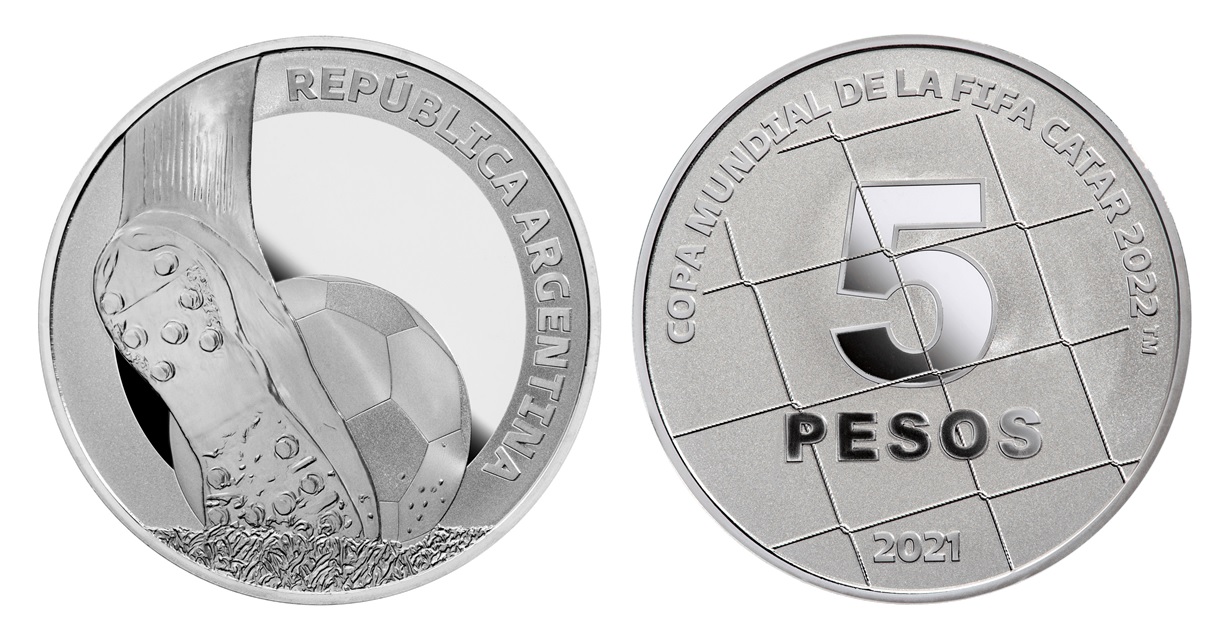 Both gold and silver Proof-quality coins are produced by the Real Casa de Moneda de España at their facilities in Madrid, on behalf of the Banco Central de la Republica Argentina. The design, which is shared by both the gold and silver coins, is a collaborative effort of the Strategic Planning Department of the Treasury — a Subdivision of the Numismatic Emissions of the BCRA. The obverse side depicts an action scene centred, that of the decisive moment or starting point for the ball where it begins its journey and fulfils the dream of a goal for the national team. The lettering toward the right side along the edge reads REPÚBLICA ARGENTINA in bold text. 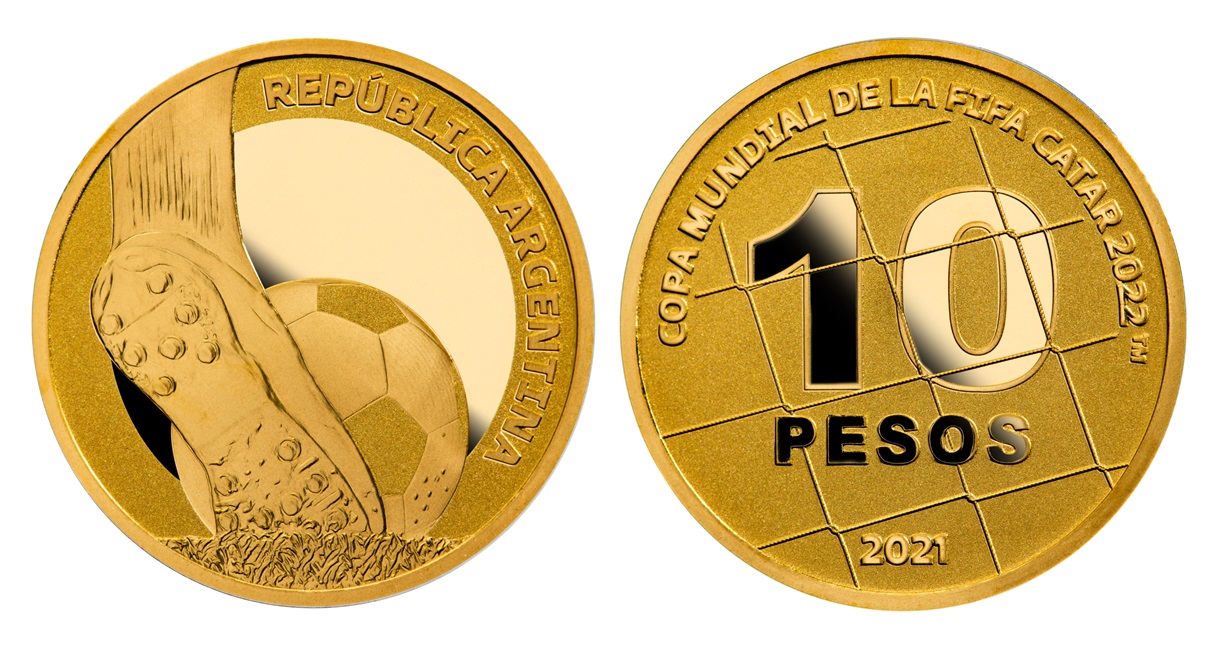 The reverse shows the distinctive bold style number 10 (gold) or 5 (silver) which refers to both the coins’ denomination and the distinctive back number of the players’ jersey. Superimposed over the numeral is the goal net that is the final destination of the play itself. Below the coins’ numeral is the text PESOS along with the year of issue 2021. Above the primary design is the commemorative inscription FIFA WORLD CUP CATAR 2022 TM.

Each silver Proof-quality coin is encapsulated and presented in a custom case complete with the Central Bank’s logo and is accompanied by a certificate of authenticity. Collectors interested in acquiring the silver coin may inquire to the Central Bank by visiting here. Alternatively, they can be purchased from a selection of international distributors.

Please note: The gold coins will only be available internationally from a selection of worldwide coin distributors.