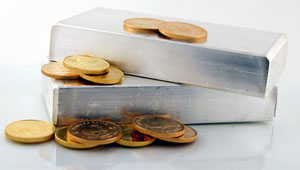 Another frequent question I am asked is if gold and silver are still worth buying?

Markets operate in cycles. There is some tendency by investors to think that, after the strong run for gold and silver over the past decade, future prospects might not be as attractive as for the underperforming assets like US and foreign stocks. A market often moves toward the middle of a long-term trend after a period of significant under- or over-performance, sometimes described as “regression to the mean,” so this investor tendency toward avoiding a hot market is not surprising and often prudent.

Let me give you a personal example to put this in perspective. I bought my first gold and silver coins for investment purposes in the fall of 1973. My intention as I accumulated them was to hold them forever, a thought expressed to me by a high percentage of other gold and silver buyers over the years. I accidentally happened to make my largest purchases of gold bullion in September 1976, when the spot price was right down close to $100, within a day of the lowest price for gold ever since. I wasn’t trying to time the market, it was just when I received an unexpected amount of cash from selling a car, did not need the funds for other purposes, and had the opportunity to visit the store for a purchase.

I continued periodically using extra funds to acquire more gold and silver through the fall of 1978. The last time I bought gold then, the spot price had risen up over $260. At the time, I didn’t really expect gold and silver to go much higher, so I discontinued further purchases.

As I’m sure most of you know, gold and silver enjoyed a sharp price spike that peaked in January 1980. Gold passed $800 and silver reached $50. About that time, I had the opportunity to purchase a house where I could assume the existing mortgage (which had an interest rate about half of what new mortgages were at the time) if I paid about half down. I did not have other resources to tap, so I sold my gold and silver close to the top of the market. I didn’t want to sell out (I tried first to borrow the money using my precious metals as collateral), but it turned out that I accidentally sold near the peak. (The founder of my company was so impressed by the profits I made from these transactions that he decided that I would buy this company when he retired at the end of 1980—but that’s a story for another day.)

I had made my purchases during the 1970s anticipating that prices would go higher. I stopped purchasing after the fall of 1978 as I thought prices had risen “enough.” I did not sell in 1980 with the thought that I was cashing in at a market peak, and first tried to keep my gold and silver as my “insurance.”

Near the 1980 peak, gold and silver prices became a subject of conversation among strangers. When taxi drivers, barbers and hairdressers, people sharing an elevator, and other such people started saying to people they did not know that precious metals were such a good buy, that turned out to be a signal that prices were near the top.

I don’t know what will be the peak gold and silver prices in the current market cycle, except to say that they will be much higher than today. At a minimum, I expect prices to double or triple from current levels. One of the reasons I say this is today’s extremely negative sentiment towards owing precious metals in the US. Some market observers, such as Mark Hulbert, track an index that tries to give an idea of the relative favorable/unfavorable attitude towards gold and silver. Mark Hulbert has published the Hulbert Financial Digest since 1980. This publication tracks the results of recommendations made by investment advisory newsletters. One of the statistics he follows (HGNSI) is the positive versus negative sentiment toward gold and silver among these newsletter writers. His HGNSI was at only 9.2% on July 28, toward the most negative of the range of sentiment for the past several years. Another index, the MarketWatch Bullish Consensus on July 28 was at 61%, which was also among the lowest readings for the past several years.

The index numbers are not as important as how these numbers compare over time and how precious metals prices have trended in relation to the fluctuations in these indices. Generally, when the indices are relatively low, they have signaled short term bottoms for prices. If the indices shoot toward the top end, there is a greater chance that markets will retrench soon.

So, the market sentiment indices right now are giving off a buy signal. Also, the extensive activity over the past several weeks by the large commercial traders of gold and silver to sharply reduce their short positions indicates that they perceive a strong likelihood that prices are at or close to a temporary bottom.

The recent customer activity at my company roughly matches what the indices are showing. For much of the past several months, we have enjoyed a significant surge in the number of new customers doing business with our company. In the past two weeks, that has slowed down, with some of the slack taken up by longer-term customers stepping up their buying activity.

As I said, I don’t know what price levels gold and silver will reach in the current bull market. Silver analyst David Morgan compiled a list of peak predictions stated by more than 65 other analysts. He broke them into three categories for their prediction of the peak gold price. A large number forecast $10,000 or higher, the largest number ranged from $5,000 to under $10,000, and many thought the peak price would be under $5,000. Only a couple thought the peak would be under $2,000.

I am confident that I will be able to discern the market top simply by observing the behavior of customers. When we see lots of fresh people in our store who are almost desperate to buy any form of physical gold or silver, and they care more about being able to buy it than the price it costs them, that will signal a peak is near. This indicator proved accurate in the 1979-80 boom, and I expect it to be reliable again.

There are two ways to answer the question about whether gold and silver are worth buying today—for the short-term or for the long-term. The recent softness in prices has just about every indication of being a temporary dip which means that precious metals are a good buy for those looking at short-term moves, even if it turns out that prices could slip further from current levels. In the long-term perspective, gold and silver look to be outstanding buys today, despite their previous strong decade-long track record. As my friend David Morgan has said multiple times, and I agree with him, the easy profits in gold and silver have been made but the biggest profits are yet to be made. 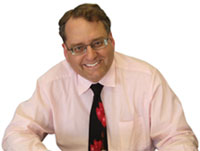