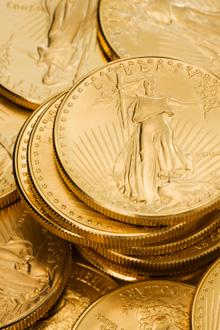 At the beginning of this year, I forecasted that the price of silver would reach $38 and gold $1,600 by the end of March.  During intraday trading on March 24, silver reached as high as $38.17, but did not close above $38.00.  Yesterday, silver stopped rising right about at $38.00 before closing in US markets at $37.87, the highest month-end price ever (ignoring inflation, of course)!

There have been massive efforts during February and March to suppress gold and silver prices.  In retrospect, it is amazing that silver managed to sort of reach my forecast (I say “sort of” because I really expected to close on March 31 above $38.00).  It is not surprising at all that gold did not make it anywhere close to my prediction.

When the Commodity Futures Trading Commission released its monthly Bank Participation Report in early March, it showed that the largest 1-4 banks with positions in the COMEX silver market had increased their net short position by 30 million ounces (I suspect that all or almost all of this change was caused by JPMorgan Chase)!  Further, tens to hundreds of million of ounces silver due for delivery to fulfill maturing COMEX March 2011 contracts were settled with comparatively little silver actually removed from COMEX warehouses.  The best information I have is that the parties that were short these contracts aggressively sought to settle these contracts for cash, with multiple reports that the price paid exceeded $50 per ounce!

In the gold market, it has been almost perfectly consistent this year that the spot price of gold is not allowed to rise more than 1.00% in one day.  Time after time after time, there has been a wave of selling hitting the gold market almost every occasion where gold’s price rose close to this 1%.  Freely traded markets just do not move in this fashion.

Despite the high level of obvious price suppression in the past two months, there is a solid prospect that gold and silver prices could experience major increases very soon.

The major reason that prices could take off is that the mainstream media is finally being forced to pay attention to the damage to the value of the US dollar inflicted by the huge inflation of the money supply (masked by calling it “quantitative easing”).  If the Department of Labor statistics are accurate (I’m confident they are not), the rate of consumer price increases has approximately doubled in the past three months (to be clear—I’m not saying that prices have doubled but rather the rate of the increase)!

Two days ago, the CEO of Wal-Mart, which handles about 10% of all retail sales in the US, stated that Americans should expect significantly higher prices soon.  Yesterday afternoon, former New Mexico governor Gary Johnson, who is considered a minor prospect for seeking the 2012 Republican presidential nomination, stated in a speech about a mile from my business that the US dollar will collapse and that this collapse “could happen as soon as tomorrow.”  Johnson was not trying to speak in a sensational manner when he said this, but rather as simply trying to explain the reality facing the US dollar today.

As the US dollar continues to decline, two of the effects will be much higher interest rates—which will further devastate real estate markets—and soaring prices for consumer goods and services.  When the mainstream media starts to talk about these problems facing the general public, that will hasten the day when people alter their behavior to get out of the US dollar and into safe haven assets like gold and silver.

I discuss this subject in more depth in the March 30 issue of Liberty’s Outlook. The headline of the issue is “The US Dollar Is Failing!”  You can now read it online by going to http://www.libertycoinservice.com and clicking on “Liberty’s Outlook Newsletter” at the top right of the home page.

Customer demand to purchase bullion-priced physical gold and silver, especially silver, has been extraordinary.  However, I expect activity in the coming months will be far greater than it is now.  It is quite possible that gold and silver prices may reach my forecasted targets sometime in April.  Stay tuned.