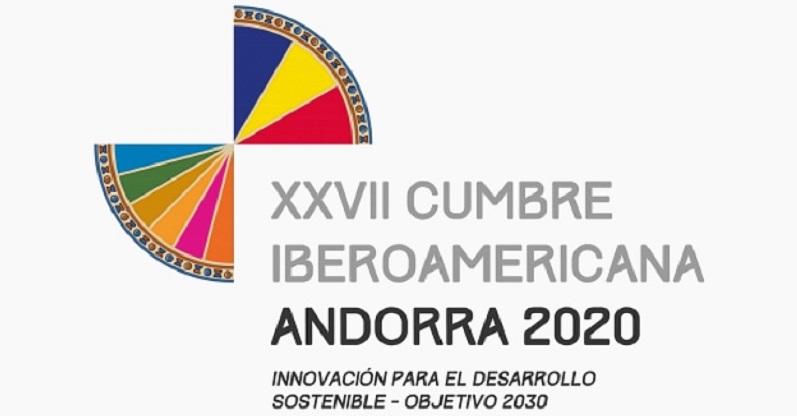 The Servei Emissions Andorra has unveiled the design for their 2020-dated €2 commemorative coins in recognition of the upcoming Ibero-American Summit, which is scheduled to take place in November. The Principality of Andorra, the newest and smallest member of the Ibero-American Conference which became a full member in 2004, also assumed the current chairmanship of the conference in November 2018, will, in this capacity, host the XXVII Conference of Heads of State and Governments. This meeting, which is of the highest political level and was first established in 1991, today comprises 19 Latin American countries along with Spain, Portugal, and Andorra along with official observer countries’ representatives. The once-yearly summit, which has been a bi-annual event since 2014, seeks to work towards common goals such as sustainable development and peaceful cohesion between member states and further afield.

As hosts for the 2020 summit, Andorra chose in April 2019 the slogan for the XXVII Ibero-American Summit of Heads of State and Government as Innovation for Sustainable Development — Target 2030. Under Andorra’s chairmanship of the summit, their objective in hosting the summit is to promote innovation in Latin America and the Caribbean and to put them at the service of the fulfilment of further sustainable development objectives. The summit, which is planned for November, is still scheduled to take place.

The coins are produced at the Fabrica Nacional de Moneda y Timbre — Real Casa de la Moneda, at their facilities in Madrid, on behalf of the Andorran treasury. The obverse design of the coin shows a tree made up of human silhouettes along with wheels and cogs as the primary focus. The human silhouettes represent the integration of society, culture, and formation for the realisation of a sustainable future. The wheels and cogs symbolise the synergy of movement between the ideas and proposals of participants in this summit. Next to the tree, there is the logo of this 27th summit, which consists of two triangular portions of a whole circle. On its upper side are three triangles representing the colours of the Andorran flag. On its lower side, six triangles represent Andorra’s pathway towards Sustainable Development Goals.

The treasury of Andorra began the issue of euro-denominated national coinage in 2014 with the release of eight values from €2 to one cent. The 2020-dated commemorative €2 coins are scheduled for release towards the second half of the year and will be presented in a blister-pak folder. For information about this coin and other commemorative coins released by the Andorran treasury, please contact the offices of the Servei Emissions, official distributor, at .