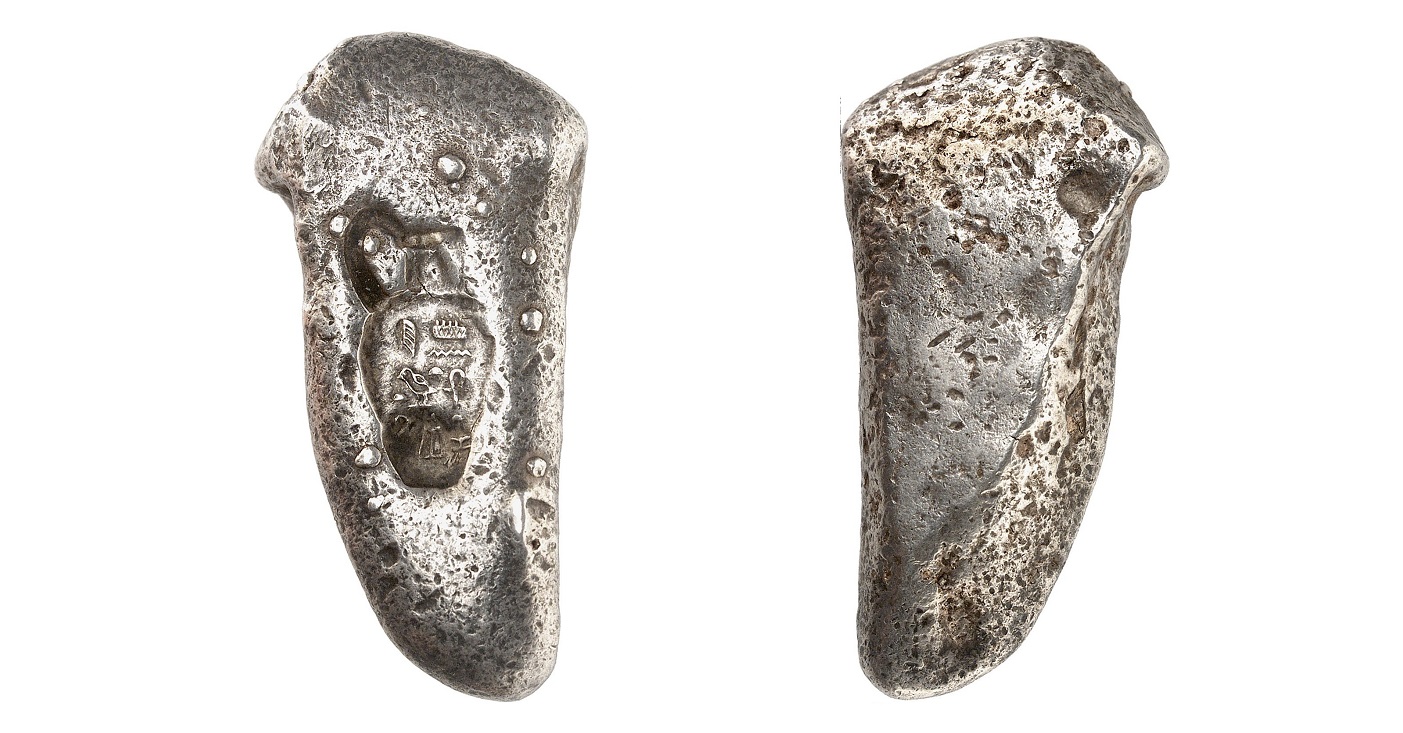 The Swiss auction house Numismatica Genevensis SA has announced they will offer in their upcoming auction on the 18th and 19th November 2019, an object that could revolutionise monetary history as we know it. The object, a silver bar with a cartouche bearing the name of Pharaoh Tutankhamun, raises the pertinent hypothesis if the Egyptians of the 18th dynasty already developed and used coins. Might we have to predate the beginning of coinage by half a millennium?

A New Picture of Monetary History

The bar offered by Numismatica Genevensis SA provides a significant indication that minting small bars based on a widespread accounting system that were guaranteed by the mark of a die may not have been a Lydian-Greek invention as previously thought. This item raises questions about our history’s version of the monetary concept and may well fit perfectly with our knowledge about how ancient Hellenic culture made use of foreign innovations to develop concepts suitable for everyday use. The Greeks made this idea suitable not only for their own purposes but to export as an innovation all their own. 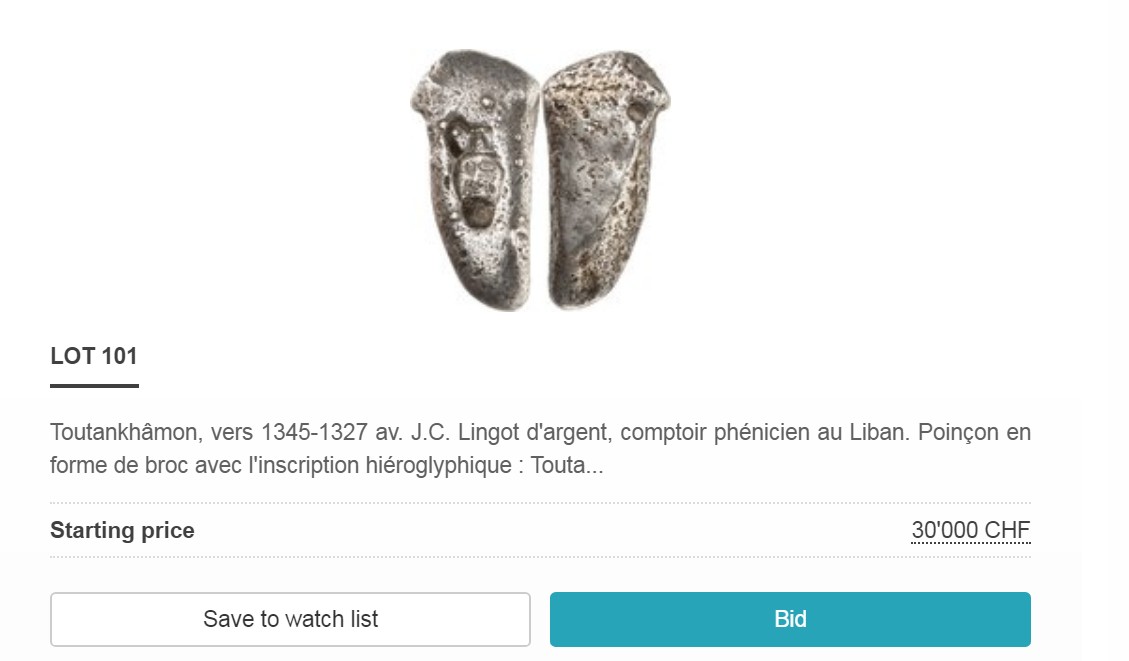 The Piece Itself — Half a Deben

The object on offer by Numismatica Genevensis SA is one of two pieces from the collection of the late Roger Pereire, who died in 1968. His daughter sold the collection at the beginning of the 1970s, and since then, the silver bar has been part of a Swiss private collection. The piece is a drop-shaped bar made of high-quality silver and produced in a Phoenician trading house or in Lebanon. The relatively high silver content of 98.54% indicates that the material was artificially refined and presents the highest grade of fineness a goldsmith was able to achieve during the era of Pharaoh Tutankhamun. Its weight of 41.55 grams differs by 8.7% from 45.5 grams, which would be the weight of half a deben, or five kites. Such a deviation is considered quite acceptable, as we know from other numismatic eras. The clearly visible cartouche is in the form of a jug and bears the name of Pharaoh Tutankhamun, which refers to him as the ruler of Heliopolis in Upper Egypt. The inscription provides us with a date: Tutankhamun reigned between 1345 and 1327 B.C.

Quite a complicated currency system, the Egyptians, similarly to the inhabitants of Mesopotamia, had a diverse economy and a sophisticated accounting system used in their daily economic life. A silver bar of the same currency system, which might have been used as a means of payment, seems to fit perfectly into the picture of daily commerce. Therefore, it should not come as a surprise that such silver bars of this size which functioned as a coin existed. Historians and archaeologists know that standardised bars have existed since the Bronze Age. These early pieces of bronze were certainly traded as standard pieces of raw material, and were perhaps even used as a form of primitive money.

What Half a Deben Was Worth

The bar, with a weight of half a deben, determines it was issued in a weight unit corresponding to the currency present in ancient Egypt. So, with this in mind, we may have to predate the beginning of coinage by more than half a millennium. What just might half a deben buy in the marketplace for the ordinary Egyptian in the time of Pharaoh Tutankhamun? A tax inventory made on the orders of Ramses III (1188–1156 B.C.) mentions, among other things, the income accrued from the mining of copper (26,320 debens), linen (3,722 debens), incense, honey, and oil (totalling of 1,047 debens), grains (309,950 debens), flax (64,000 debens), and waterfowls (289,530 debens). We can summarise that small silver bars worth half a deben would have equated to a small sum but not insignificant as to still provide sustenance or goods for the market shopper.

The object, which is on offer on the 18th November, is listed as LOT 101 in the 12th auction catalogue. For further information, please visit the website of Numismatica Genevensis SA. The direct catalogue listing link is here. Additional information can be obtained via e-mail at

David M. Schaps, The Invention of Coinage and the Monetization of Ancient Greece. Ann Arbor, 2007.