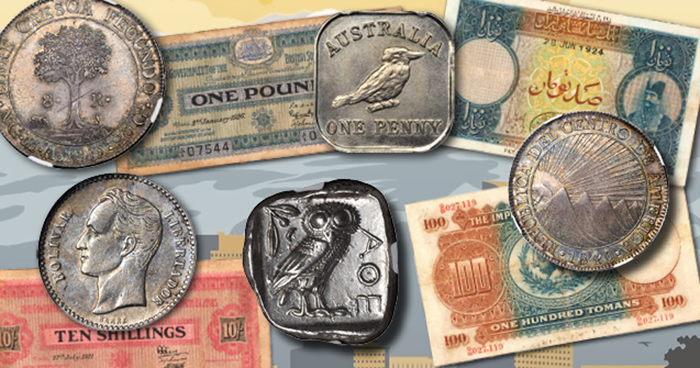 The ANA (American Numismatic Association) is holding its annual World’s Fair of Money—considered one of the largest numismatic trade shows of the world—from August 1 to August 5 in Denver, Colorado. Stack’s Bowers Galleries will hold various auctions in conjunction with the show. Offered are a wide variety of U.S., world, and ancient coins and paper money in various floor and online sessions. In this preview article we will take look at the world side of things; in another article we take a closer look at offerings from around the field of American numismatics. All lots, including descriptions and photos, can be found on the Stack’s Bowers website, http://www.stacksbowers.com.

The Stack’s Bowers world sales at the ANA consist of two floor sessions for ancient and world coinage (sessions A and B) as well as a floor session for world banknotes (session C). In addition to these three floor sessions there are also dedicated, Internet-only sessions for ancient coins (session E), world coins (session D) and world banknotes (session F). All these sessions include a plethora of different items for sale, and each catalog is worth perusing. In this preview article we will focus on some of the items in the floor sessions that are particularly interesting (though not necessarily the most expensive). We’ll take a look at the other catalogs as well, as they provide some seldom-seen coins and banknotes. (All images are in high resolution; hover over each one to zoom.) 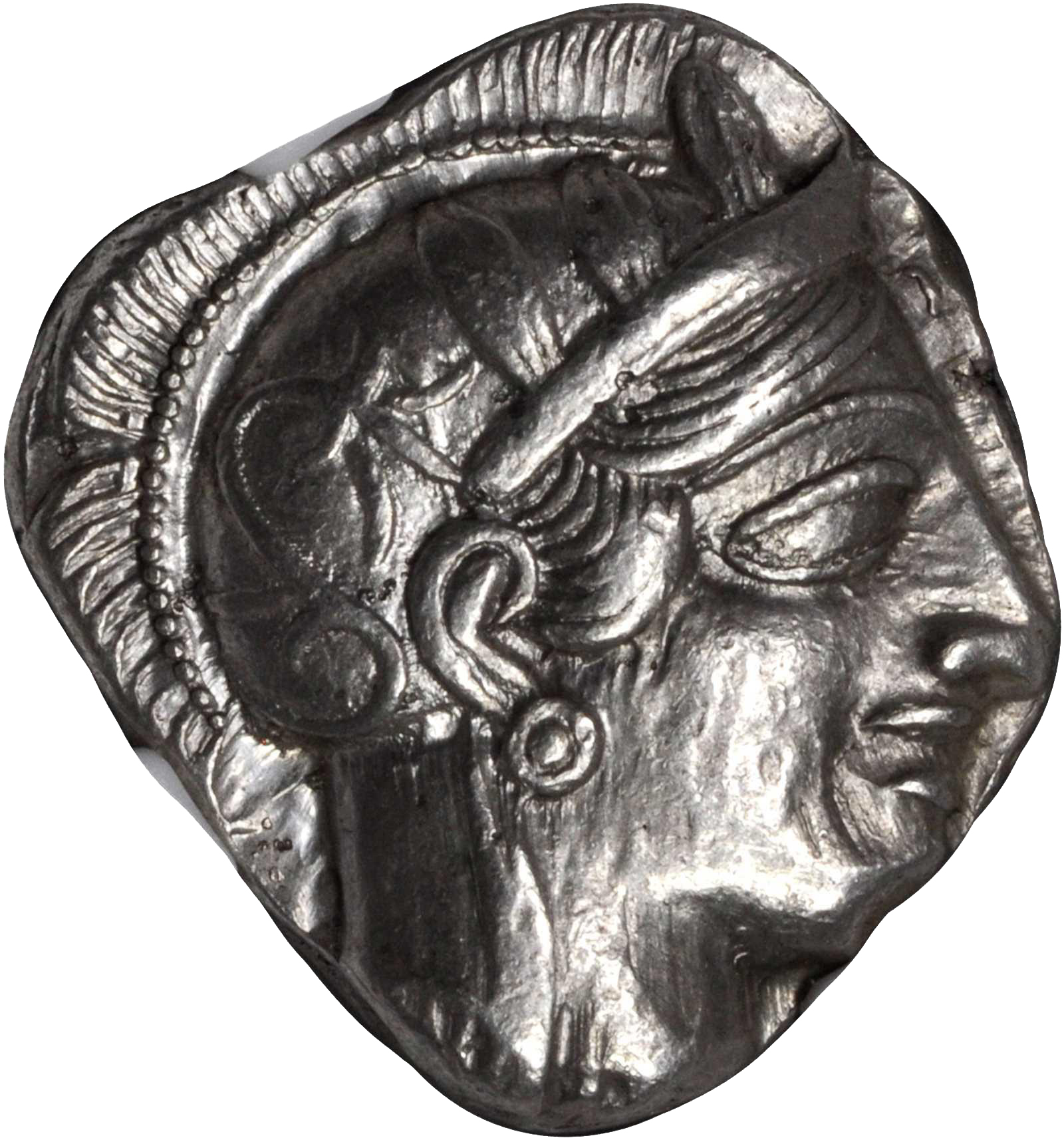 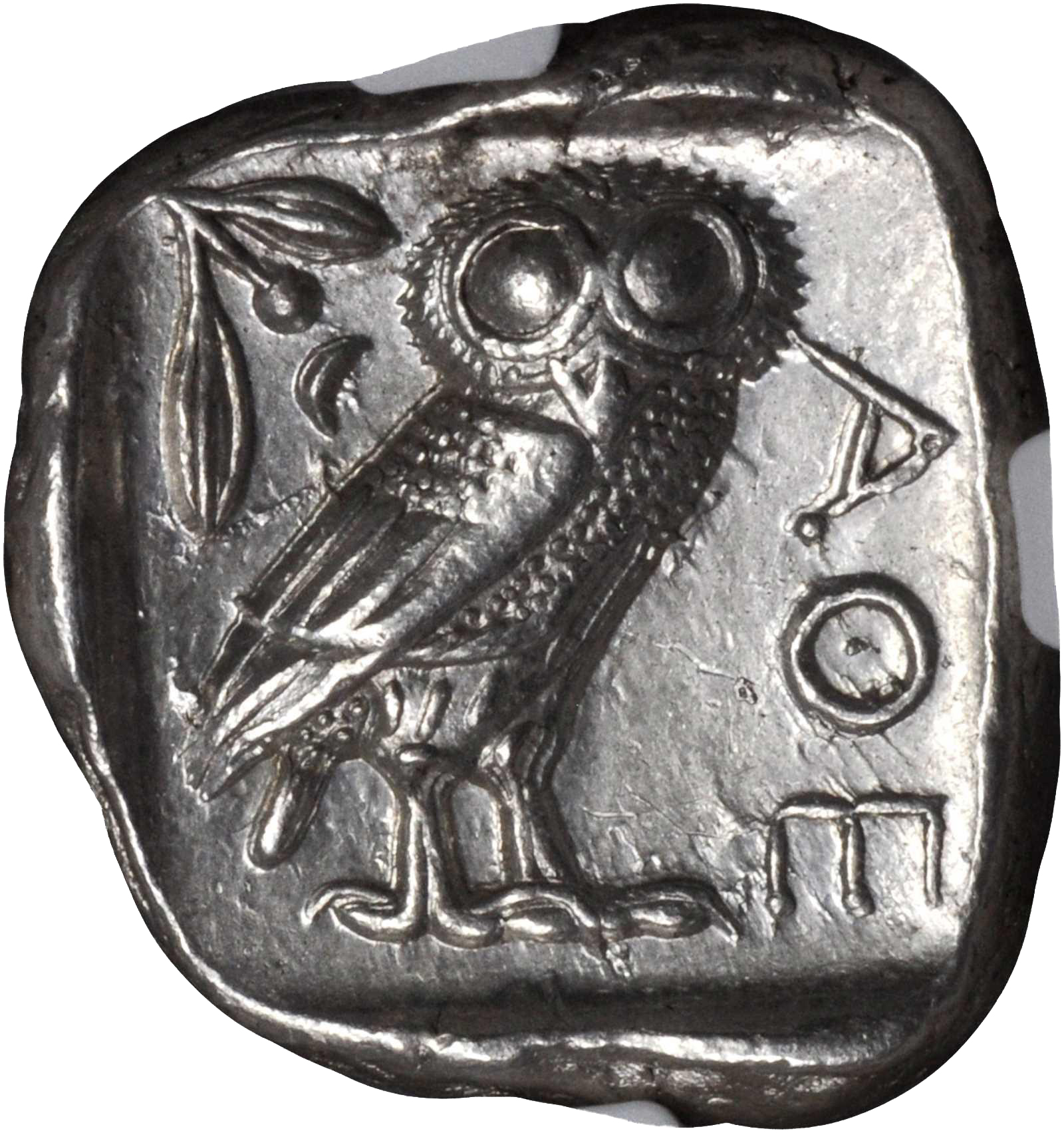 One coin in the ancient part of session A that caught our attention is lot 20029, an Athenian Owl graded Choice About Uncirculated✭ by NGC, with subgrades of 5/5 for both strike and surface. Such pieces were minted for many years (centuries) in huge quantities, but now—2,500 years later—only a limited number has survived in such grades. The majority that survived to this date are circulated, on clipped planchets with banker’s marks (deep cuts meant to test the authenticity of the piece when it was in circulation). Any piece as nice as the one offered in the Stack’s Bowers auction is a premium piece and a great example of this historic coin. 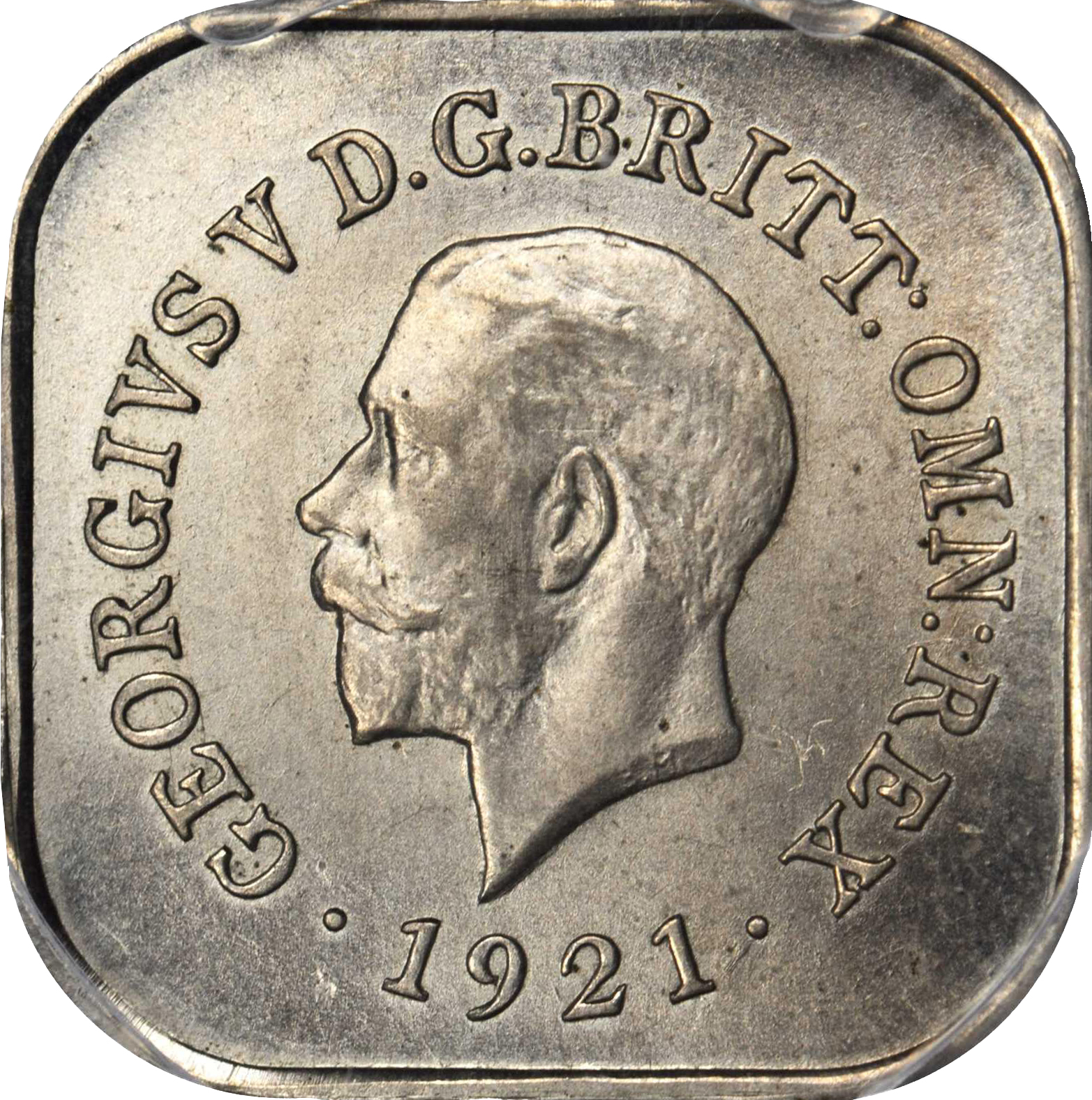 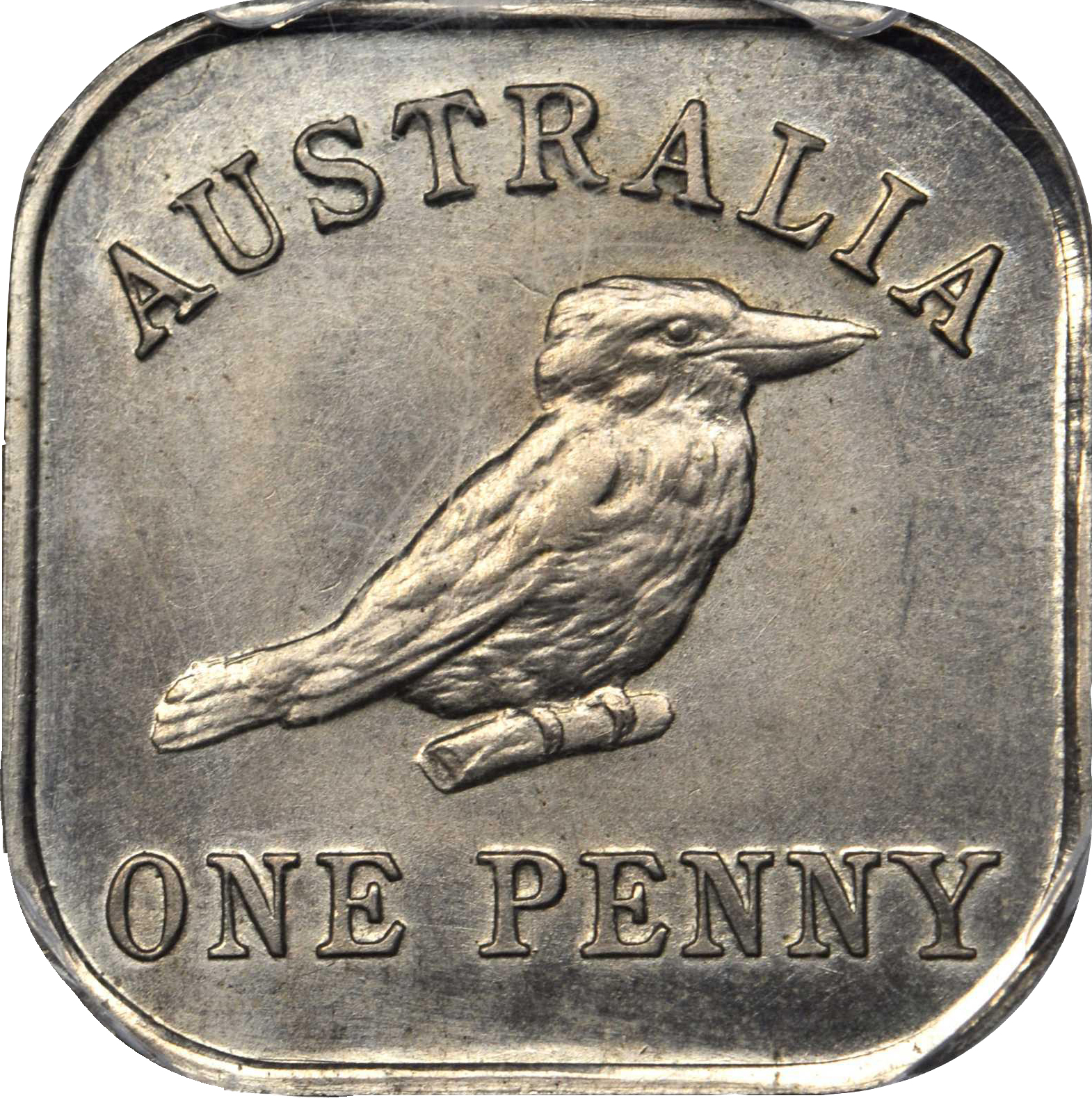 Moving on to more modern coinage now, lot 20136 is an excellent example of why patterns are sometimes more beautiful than issued coinage. This particular lot is a pattern for an Australian penny struck in copper-nickel on a square planchet, dated 1921. Featuring the effigy of George V on one side and a kookaburra (one of those very loud birds they have in Australia) on the other, these patterns were struck in very limited quantities at the Melbourne mint on square planchets. This particular example is graded SP-65 by PCGS. An appealing design, it was never made for circulation, yet is considered to be one of the most quintessential Australian coin designs. 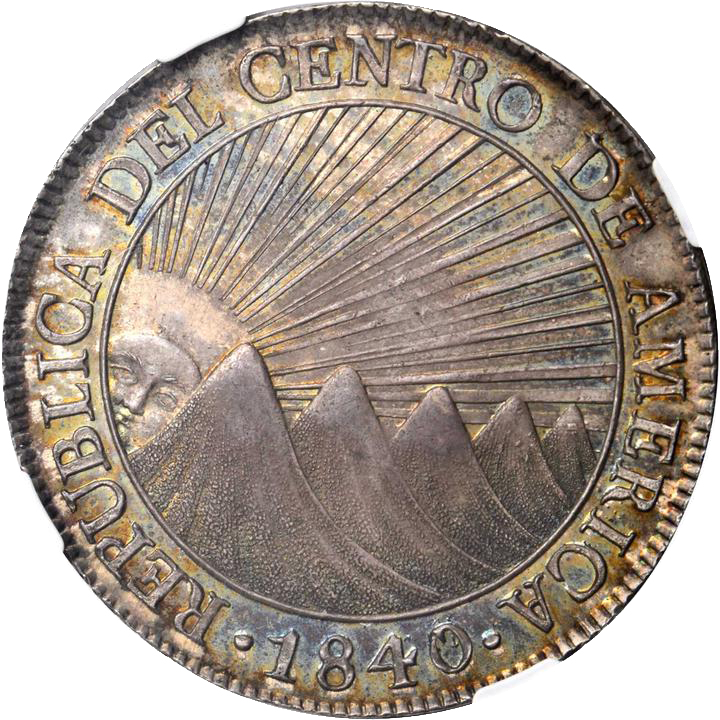 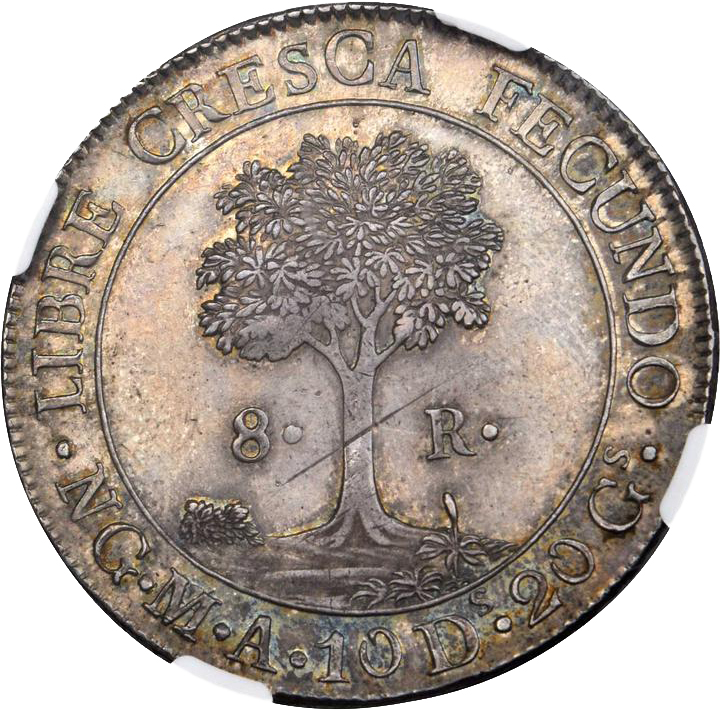 Offered as a coin from Guatemala but really a coin from the short-lived Central American Republic (which did include Guatemala, where this coin was struck), lot 21029 is a Gem Uncirculated (NGC MS-65) 8 reales of a very popular design. Featuring a rising sun (with a face) behind snow-capped mountain peaks on the obverse, this particular type is generally weakly struck, and often comes cleaned or with other problems. Fully original pieces are scarce, and when they do appear, they generally grade MS-62 or so at best. A piece at this grade level is a major rarity and should see spirited bidding from collectors wishing to add an example of this iconic, silver-dollar-sized coin to their collection. 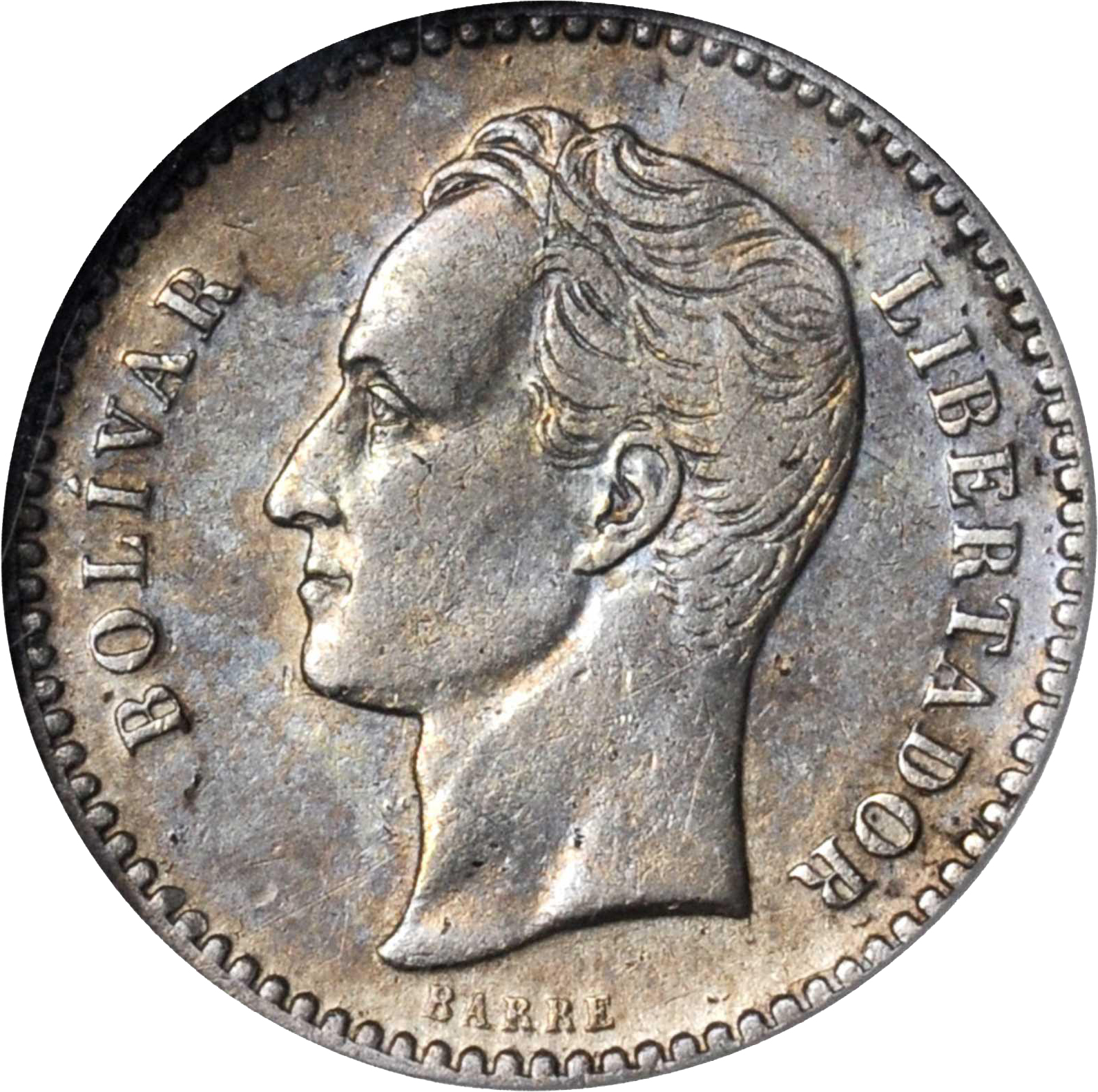 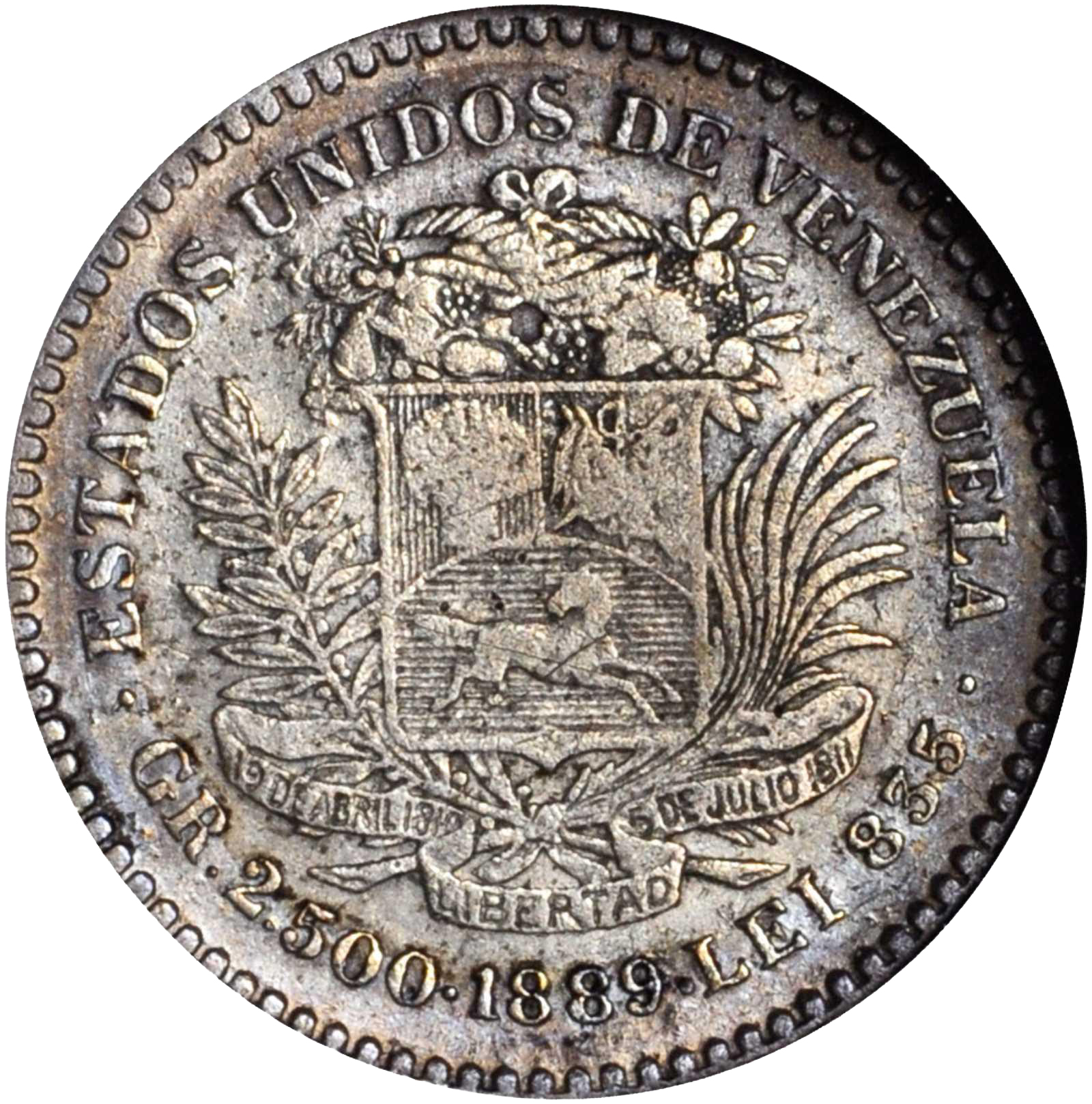 Venezuela is not exactly the most politically stable country at the moment, but a lot in session B will provide one specialist of this country the opportunity to add one of the rarest Venezuelan coins to an advanced collection. Lot 21536 is a half-Bolivar (also known as a 50 centimos or 2.500 grammos) from the Caracas mint dated 1889 and graded NGC EF-40. The kind of coin you might expect to find in a mix of common foreign silver coins at your local coin shop destined for the melting pot, this particular example is in fact the second finest of a small quantity known to exist. Despite a mintage of 80,000 pieces, it appears that most were melted or destroyed. This is known as one of the rarest pieces—if not the single rarest—from the Venezuela Republican coinage series. 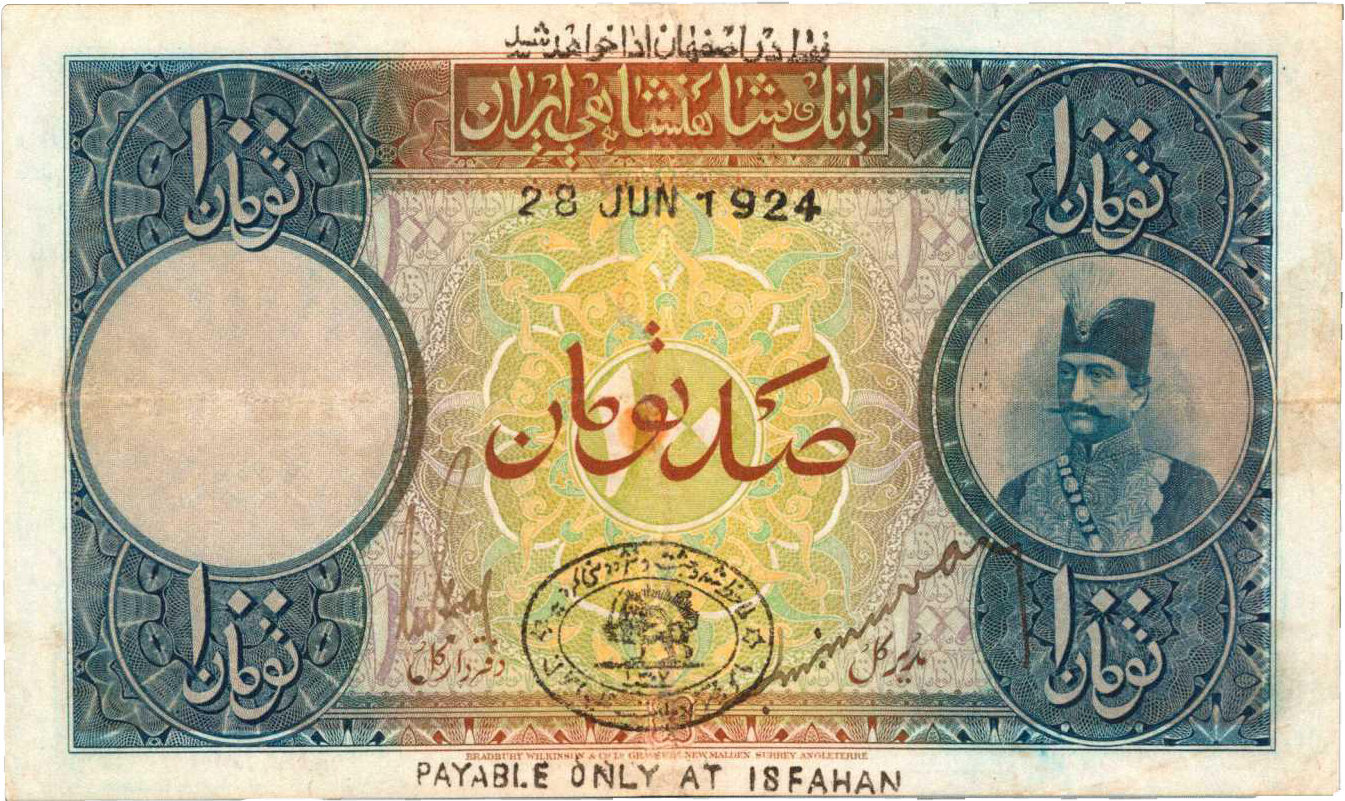 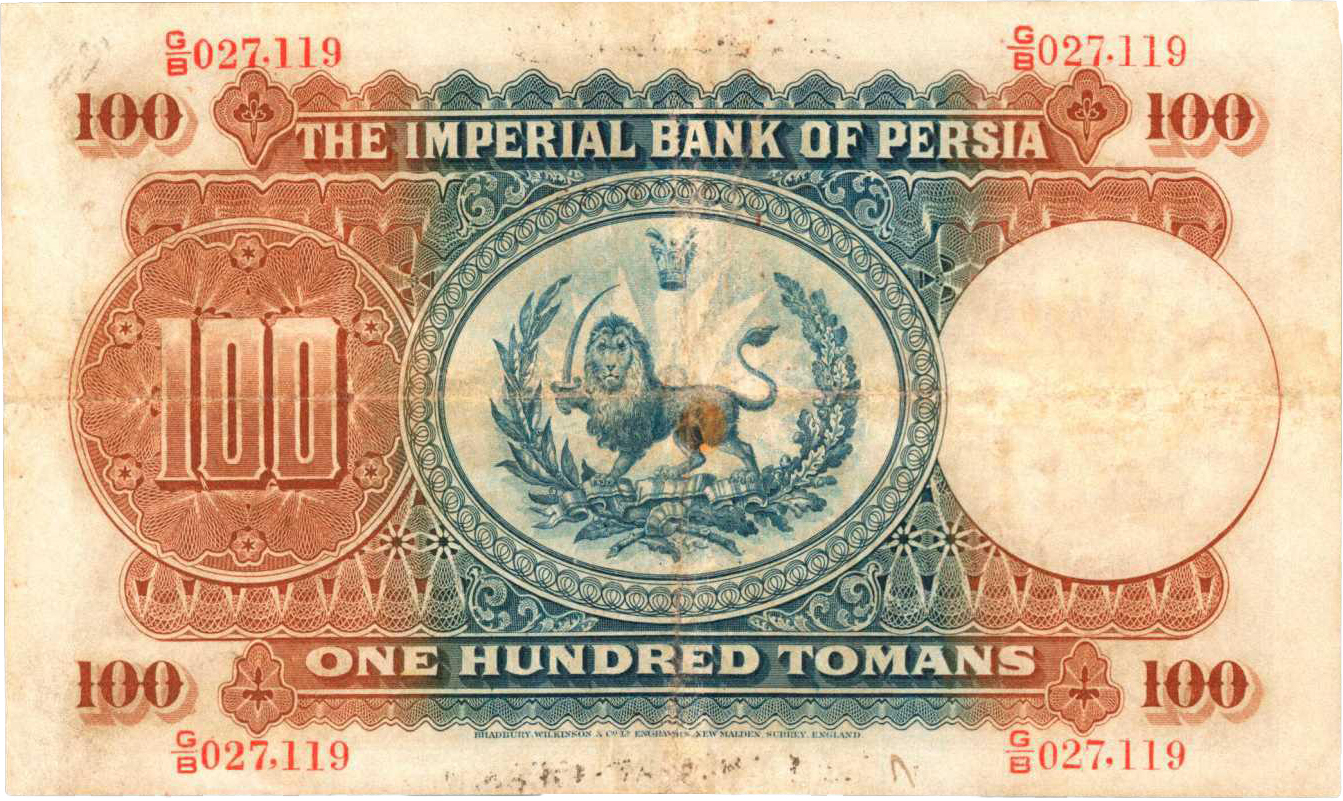 One of the highlights of the world paper-money sale (session C) is lot 30257, a note from the Imperial Bank of Persia, issued in what is now Iran. A 100 tomans note from the 1924–1932 issue, this particular denomination is very difficult to find. What makes it even more special is that this particular banknote is payable at Isfahan only. Isfahan is one of the scarcer payable locations for this particular series of banknotes, and the combination of the denomination and locale make for a major rarity. The piece has been graded Fine-15 Apparent by PCGS Currency, with comments for repairs and restoration, but even in that grade it should attract considerable attention from specialists of this iconic and popular banknote series.

The final two lots we will take a look at are lots 30389 and 30390, also in the world-banknote sale. Dating back to the 1920s, this is a pair of banknotes from the British Solomon Islands. The former is a 10/- shillings dated 27.7.1921 and graded VF-20 NET by PMG (with a comment for restoration), while the latter is a 1-pound note dated 2.1.1926 and graded VF-25 NET by PMG (with comments for restoration and annotations). These early British colonial banknotes are extremely difficult to find, and when they are offered they are often rusted, partly gone, or with other problems. Finding them in nicely circulated condition with good eye-appeal and intact is very difficult, and if one thinks of the Solomon Islands (in the South Pacific) way back in the 1920s, it is a miracle that these notes survived to this day.   ❑