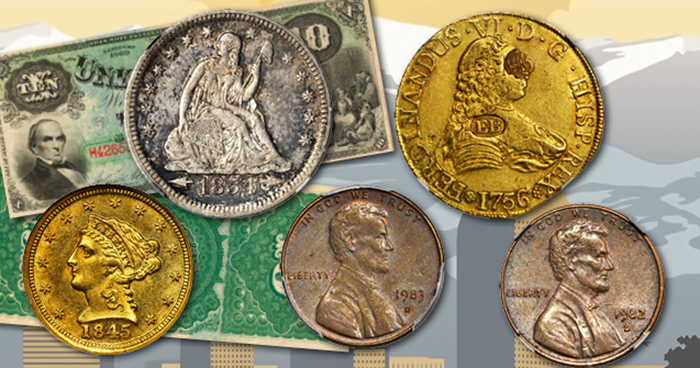 The ANA (American Numismatic Association) is holding its annual World’s Fair of Money—considered one of the largest numismatic trade shows of the world—from August 1 to August 5 in Denver, Colorado. Stack’s Bowers Galleries will hold various auctions in conjunction with the show. Offered are a wide variety of U.S., world, and ancient coins and paper money in various floor and online sessions. In this preview article we will take look at the U.S. side of things; in a previous article we took a closer look at offerings from around the (ancient) world. All lots, including descriptions and photos, can be found on the Stack’s-Bowers website, http://www.stacksbowers.com.

There are a total of three floor sessions for U.S. coins, as well as a floor session for U.S. currency. In addition there are two Internet-only sessions for U.S. coins and an Internet-only session for U.S. currency. Special attention should be given to session 4, Rarities Night, which contains some of the most special coins offered in Denver. The rest of the sessions are divided in logical order, with session 1 starting with U.S. medals and tokens, before continuing with colonial coinage. In this article we will discuss some of the highlights of Rarities Night and the U.S. currency auction, but also be sure to take a look at the catalogs for the various other sessions, as they contain many very appealing coins at many different price levels. 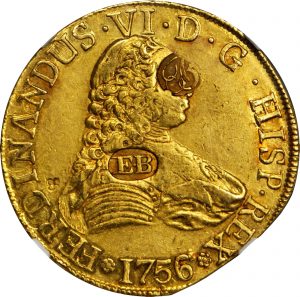 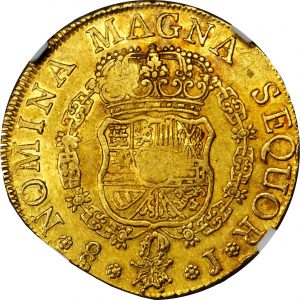 Rarities Night contains a total of 256 different lots. The first three lots offer so-called regulated gold, a relatively unknown but important part of American numismatic history. Dating back to the second half of the 18th century, these are foreign gold coins that were used as currency in the United States after the American Revolution but before the establishment of a federal mint. Private goldsmiths marked foreign gold coins after they were confirmed to be of correct weight for their respective denominations (often pieces were plugged and/or their rims filed to achieve this). Lot 2002, for example, is a Spanish colonial 8 escudos from the Mexico City Mint regulated by Ephraim Brasher, who placed his mark on the center of the obverse. He filed minor parts of the rim in order to get the weight of the coin correct, as per standards laid out by the New York Chamber of Commerce in 1784. As a result, the coin could circulate at a value of $15, which it probably did until the United States Mint in Philadelphia could strike its own gold coins in 1795. 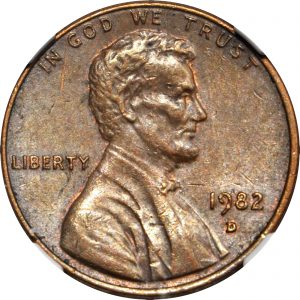 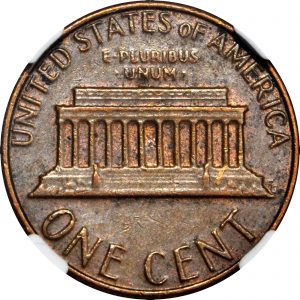 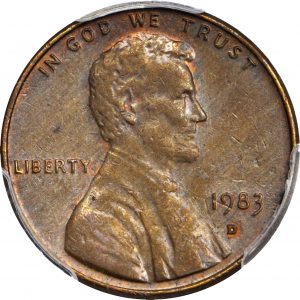 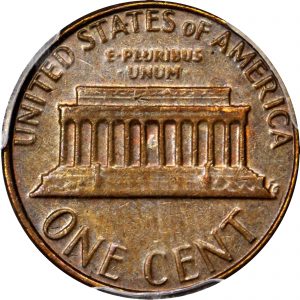 A pair of coins that at first glance look like nothing special (but which certainly are deserving of having been placed in Rarities Night) are offered as lots 2031 and 2032. The first is a unique 1982-D Small Date Lincoln cent struck on a bronze planchet (graded AU-58 BN by NGC), and the other—also unique—is a 1983-D Lincoln cent struck on a bronze planchet (graded AU-55 by PCGS). Both are transitional error coins found in circulation by collectors (the 1982-D was found as recently as last year in a bag of cents acquired at a Minnesota bank) that should have been struck on 97.5% zinc and 2.5% copper planchets introduced in the middle of 1982, but which instead were struck on planchets of the old standard made from copper. Such transitional errors are extremely rare, and were caused by old planchets’ accidentally being used for new coinage. While they might not be for every collector, the fact is that these were each acquired for the grand cost of 1 cent each, proving that sometimes it is still worthwhile to look through your change. 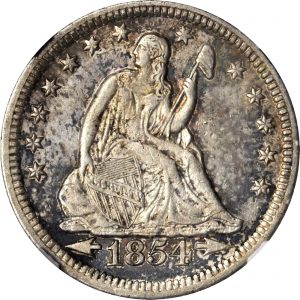 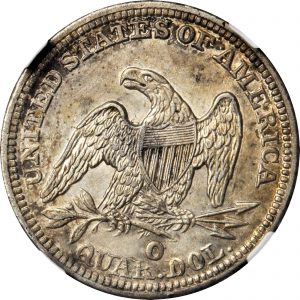 Lot 2079 represents a very scarce and unusual variety in the Liberty Seated quarter series. This 1854-O quarter, graded AU-55 by NGC, features the “Huge O” mintmark on the reverse, a variety that was allegedly not discovered until the 1950s, and remains very scarce in high grades. It is believed that the variety, identified by a large and misshapen “O” mintmark on the reverse, was created after the Philadelphia Mint inadvertently shipped a reverse die without mintmark to the New Orleans facility. Rather than sending it back or destroying the die, someone added a mintmark to it by hand and put the die to use. While this variety can sometimes be found in lower grades, many have circulated extensively, as this AU-55 is among the finest known of this very interesting variety. 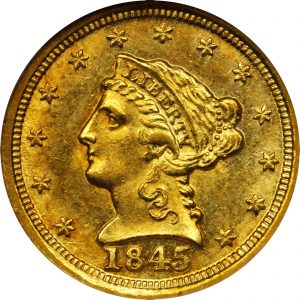 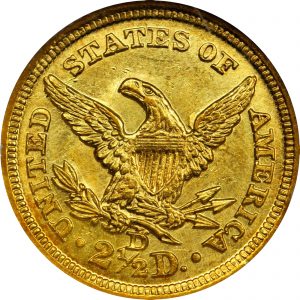 Dahlonega gold coins are much in demand with specialists who appreciate the scarcity of coins from this small Georgia mint. Lot 2158 offers one of the finest known 1845-D quarter eagles in existence, graded MS-63 by NGC. Dahlonega gold virtually always comes weakly struck and generally is well circulated, and any Uncirculated piece is a true prize. This particular example has a pedigree that goes back to the 1970s, but even prior to that it must have been cared for quite well, as it appears the coin did not spent any time in circulation (unlike so many of its counterparts). With a mintage of 19,460 pieces, this is not one of the rarer gold pieces from the Dahlonega Mint, but in uncirculated condition it is certainly a condition rarity.

The U.S. currency floor auction (session 2) consists of 551 lots, covering colonial notes to modern small-size notes. One of the most appealing notes in this session is lot 10205, an 1869 ten-dollar Legal Tender Note graded Gem New 66 PPQ by PCGS Currency. A colorful rainbow design is seen on this early note, which features the portrait of Daniel Webster, printed the same decade Legal Tender or United States Notes were introduced to circulation (in 1862). The 1869 series is known for its colorful appearance, even though the same basic design is seen on later notes, but without the vibrant color. A very appealing series, it is very difficult to find in Gem Uncirculated condition, and this particular example is among the finest known, with only three examples graded finer at PCGS Currency.   ❑