Each winner will receive a $1,000 scholarship to use toward tuition at an institution of their choice. 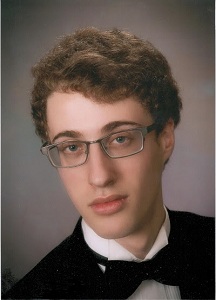 The first scholarship was underwritten by Brian Fanton, ANA Education & Young Numismatist (YN) Committee Chair and former ANA Governor, and Walter Ostromecki Jr., ANA Governor and past President. Funds for future scholarships will be raised through donations and during the YN auctions held at the ANA’s annual Summer Seminar.

“The American Numismatic Association is pleased to be able to offer two college scholarships to deserving numismatists,” said Rod Gillis, the ANA’s education director. “This is an opportunity for the Association to expand on its core mission of education through higher learning.”

Like many others, Nathan Godin became interested in numismatics as a child. He was introduced to the hobby at age seven by his grandmother, who presented him with several ancient Russian coins. In 2015, he won the Q. David Bowers Young Numismatist Literary Award for his article “A Medieval Journey.” Godin is a current member of the ANA and Charlotte Coin Club. Outside of numismatics, Godin is an accomplished violinist and member of the Charlotte Symphony Youth Orchestra (CSYO); he is also a finalist for the National Merit Scholarship Program, and a member of the National French Honors Society. Godin will attend the University of North Carolina at Chapel Hill, where he will study economics, math, and music.

“I am deeply honored and thankful to be a recipient of the ANA’s college scholarship and I hope to be able to learn from and contribute even more to numismatics in the years to come,” said Godin. “It has been my favorite hobby for many years and I am very glad that it will play a role in my college education.” 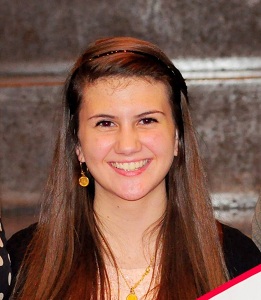 Peyton Souder has been collecting for most of her life. When she was eight years old, Souder was introduced to the hobby by her coin-collecting father. In 2014, she was named the ANA’s Outstanding Young Numismatist of the Year. She is a current ANA member, and a recipient of the Paul O’Day Service Award for her dedication to the Greater Jacksonville Coin Club. Beyond the hobby, she is a senior class representative, as well as the Student Body representative for the Cinematic Arts department. Souder plans to attend the University of South Florida, where she will study telecommunications with a focus on broadcast production.

Applications for the 2017 ANA College Scholarship will be available in January. Recipients are selected based on academic scholarship, numismatic accomplishments and financial need. Applicants must be a senior in high school and a member of the ANA.

The American Numismatic Association is a congressionally chartered, nonprofit educational organization dedicated to encouraging the study and collection of coins and related items. The ANA helps its 24,000-plus members and the public discover and explore the world of money through its vast array of educational and outreach programs, as well as its museum, library, publications and conventions. For more information about the ANA, call 719-632-2646 or visit www.money.org