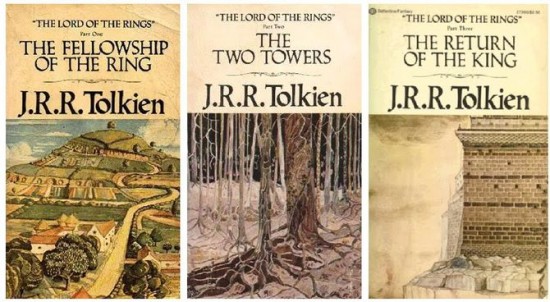 The Lord of the Rings trilogy by J.R.R. Tolkien.

If I had had the money for it, I probably would have made an impulsive decision when I first saw the news about these commemorative coins.

Ever since I was about 11 years old, I have been a huge fan of the works of J.R.R. Tolkien. I stumbled across his Lord of the Rings and proceeded to read the trilogy back-to-back so many times that the copy of The Two Towers literally fell to pieces in my hands. This was a great heresy in my mind, and I was incredibly upset, especially as I had the books on loan from my sister (she was significantly less upset than I was and has, to this day, felt more guilty about the fact that I was distraught over a book than the fact that the book was damaged). 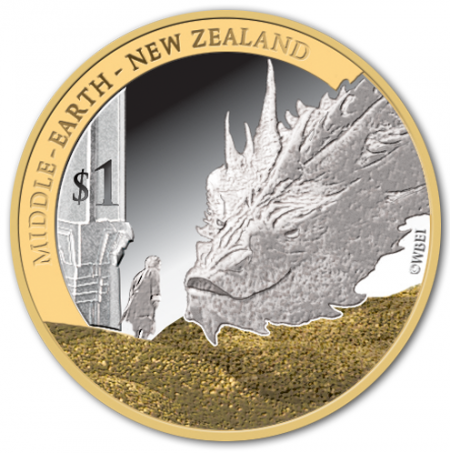 A $1 silver and gold-plated coin of New Zealand featuring the movie rendering of Smaug.

People often ask me if I collect anything, considering the fact that I work in numismatics. While I do not have a collection of paper money or stamps or coins, I do collect books—leather-bound classics from the Franklin Library, mostly, but also copies of the Lord of the Rings. The edition from the 1960s smells the best (books printed in this decade almost all do, perhaps because of the type of paper and the glue). It is a scientifically proven fact that degrading books have a particular smell very similar to vanilla. The hard-cover, illustrated versions by Alan Lee are one of my particular treasures. However, with the 50th anniversary of the release of the trilogy occurring recently, there are also now multiple new editions of beautiful books bound in cloth or leather, or that feature illustrations original to Tolkien’s designs. Suffice to say, I have some catching up to do with all the beautiful books coming out! 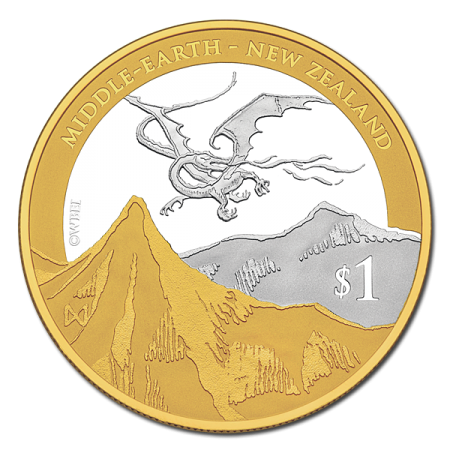 A $1 silver and gold coin of New Zealand featuring the original illustration of Smaug.

And now, with the conclusion of the latest Peter Jackson-directed movie trilogy re-envisioning The Hobbit, New Zealand has come out with commemorative coins to highlight the films. It was the silver $1 coin that I first saw, incorporating “a piece of wood from the party tree from the Hobbiton Movie Set,” allowing collectors to obtain their “very own piece of Middle-earth.” 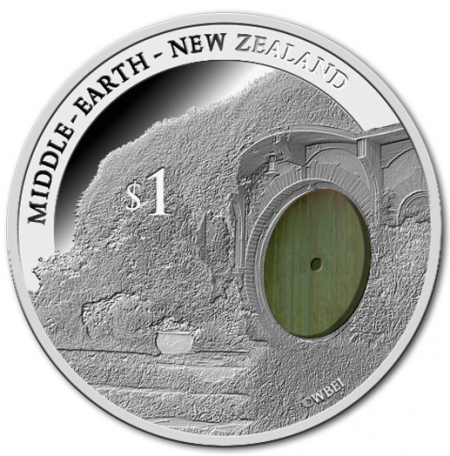 The coin is beautifully engraved with a view of Bag End (Bilbo’s house in Hobbiton) with the green wooden door embedded in the metal. It comes from The Hobbit: The Battle of the Five Armies coin issue, and has a mintage of only 10,000 with a composition of .999 silver (and, of course, the wood). On the obverse there is a portrait of Her Majesty Queen Elizabeth II, by designer Ian Rank-Broadley of the United Kingdom. The edge is milled, and the coin weighs 1 troy ounce.

The rest of The Hobbit: The Battle of Five Armies coin issues can be found at the Web site for the New Zealand commemorative coins program.