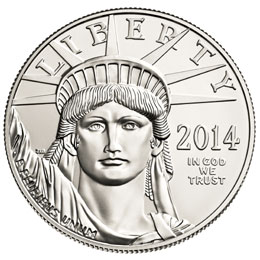 Sales of the United States Mint’s American Silver Eagle bullion coins experienced strong sales during the month of March, exceeding the levels of both the prior month and year ago period. American Gold Eagle sales were decidedly lower for the month, and American Platinum Eagles saw their return after more than a five year gap in availability.

Sales levels for Silver Eagle bullion coins have largely become a function of how many coins the US Mint can produce rather than a reflection of market demand. For more than a year, the US Mint has offered the coins under their allocation program, which rations the available supply amongst authorized purchasers. The US Mint has previously indicated that the impediment to producing larger amounts of silver bullion coins is the inability to source sufficient precious metal blanks.

Gold Eagle sales were down compared to the prior month when sales were 31,000 ounces. The latest monthly figure is also down sharply from the year ago period when sales had reached 62,000 ounces.

This month, the US Mint began accepting orders for 2014-dated American Platinum Eagle bullion coins, representing the first availability of the bullion product in more than five years. The offering had been suspended in late 2008 amidst high demand for gold and silver bullion coins and not resumed in subsequent years. While the production of American Gold and Silver Eagle bullion coins is mandated by law, production of Platinum Eagles is left to the discretion of the Secretary of the Treasury.

On the first day of availability on March 10, 2014, the US Mint received orders for 8,500 of the one ounce Platinum Eagle bullion coins. For the rest of the month, another 1,000 pieces  were ordered to bring cumulative sales to 9,500 pieces.