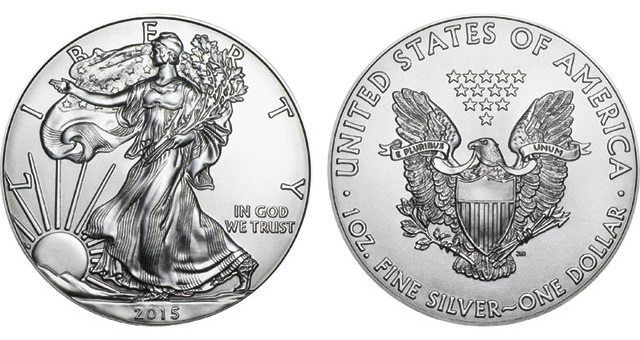 The U.S. Mint has released this week’s allocation of American Eagle 1 oz. Silver bullion coins and it’s a similar quantity to those issued in previous weeks. The Mint has released 1 million Silver Eagles to its authorized purchasers, down slightly from 1.07 million coins issued last week.

American Eagle Silver bullion coins are selling at a record-breaking pace this year. Nearly 38 million have been sold already in 2015, and last year’s all-time high of more than 44 million ounces is likely to be surpassed.

Those robust numbers mask the fact that limited availability has somewhat hindered sales of these issues. The Mint has had difficulty meeting investor demand for ASE bullion coins since July, and has lately been issuing weekly allocations designed to mete out available inventory in a sustainable fashion. The quantities allocated have varied considerably, in part because the Mint has had difficulty procuring the necessary volume of silver planchets.

American Eagle Silver bullion coins carry a denomination of one dollar; however, as they are investor coins, their value is tied to their weight in silver, which is currently $15.84 per ounce according to the London Bullion Market Association.

In figuring retail prices for the public, authorized dealers add to the mint’s base price to cover their own expenses and profit targets, often incentivizing bulk purchases by charging less for coins ordered in large quantities.

Correction: This article originally stated that Silver Eagle allocation had risen to 3 million ounces; that mistake has been corrected to reflect the correct total.