Director Moy said, “Through America the Beautiful Quarters coins, we will be transported to national parks, forests and wildlife refuges, part of a vast public land legacy belonging to all Americans-natural and cultural treasures protected for our recreation, relaxation, education, inspiration and transformation.”

From 2010 to 2021, the Mint will issue 56 circulating quarters with reverse designs emblematic of a national park of national site in each state, the District of Columbia, and the U.S. Territories. Five different designs will be released each year in the order the sites were first established as a national park or site. This program follows the highly successful 50 State Quarters Program and the follow up District of Columbia and United States Territories Quarters Program.

The line art drawings presented below showcase the final reverse designs selected for the 2010 America the Beautiful Quarters. Three to four candidate designs for each location had previously been reviewed by the Commission of Fine Arts and Citizens Coinage Advisory Committee, but the final design selections have not been announced until today.

The obverse of each coin features a portrait of George Washington designed by John Flanagan. The portrait  has been restored with the original details used on the 1932 Washington Quarter to bring out the details and beauty of the original model. 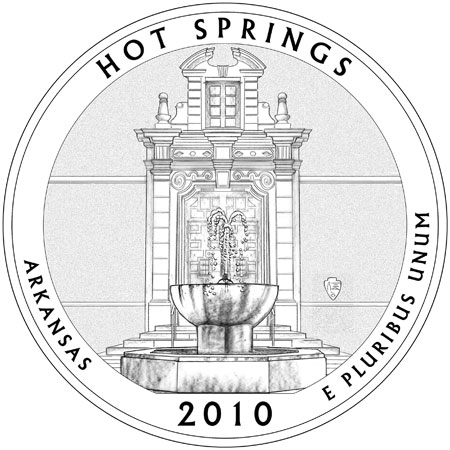 The design for Hot Springs National Park in Arkansas features the facade of the building headquarters with a fountain in the foreground. The National Park Service emblem is visible to the right of the door. Hot Springs national Park was first established as a national site on April 20, 1832.

The Hot Springs Quarters will be released into circulation on April 19, 2010. 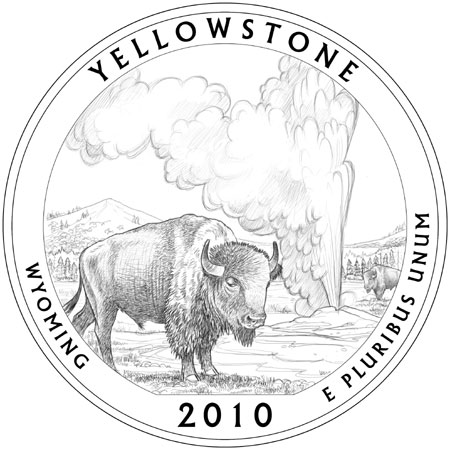 The Yellowstone Quarter will be released into circulation in June 2010. 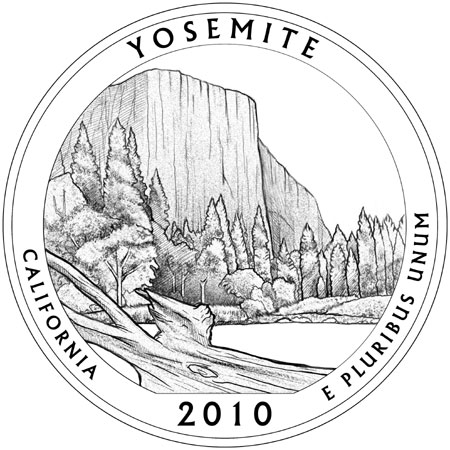 The Yosemite Quarter will be released into circulation in July 2010. 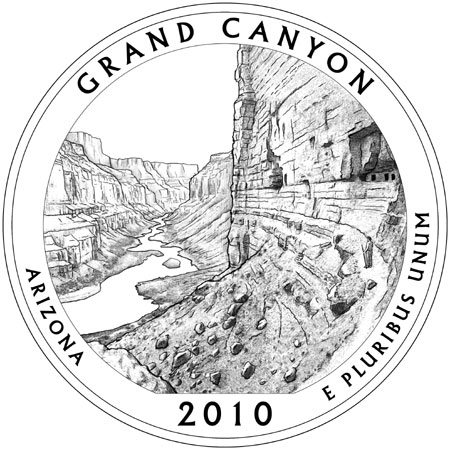 The next quarter in the series features Grand Canyon National Park in Arizona. A view of the granaries above the Nankoweap Delta in Marble Canyon, the northenmost section of the Grand Canyon. The Grand Canyon was established as a national site on February 20, 1893.

The Grand Canyon Quarter is expected to be released into circulation in September 2010. 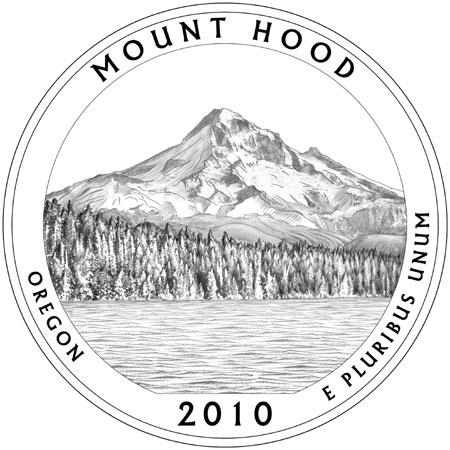 The final America the Beautiful Quarter to be released for the year 2010 will feature Mount Hood National Forest in Oregon. The design presents an image of Mount Hood with Lost Lake in the foreground. Mount Hood was established as a national site on September 28, 1893.

The Mount Hood Quarter is slated for release in November 2010.

More information on the coins and the series is available at the website americathebeautifulquarters.gov.