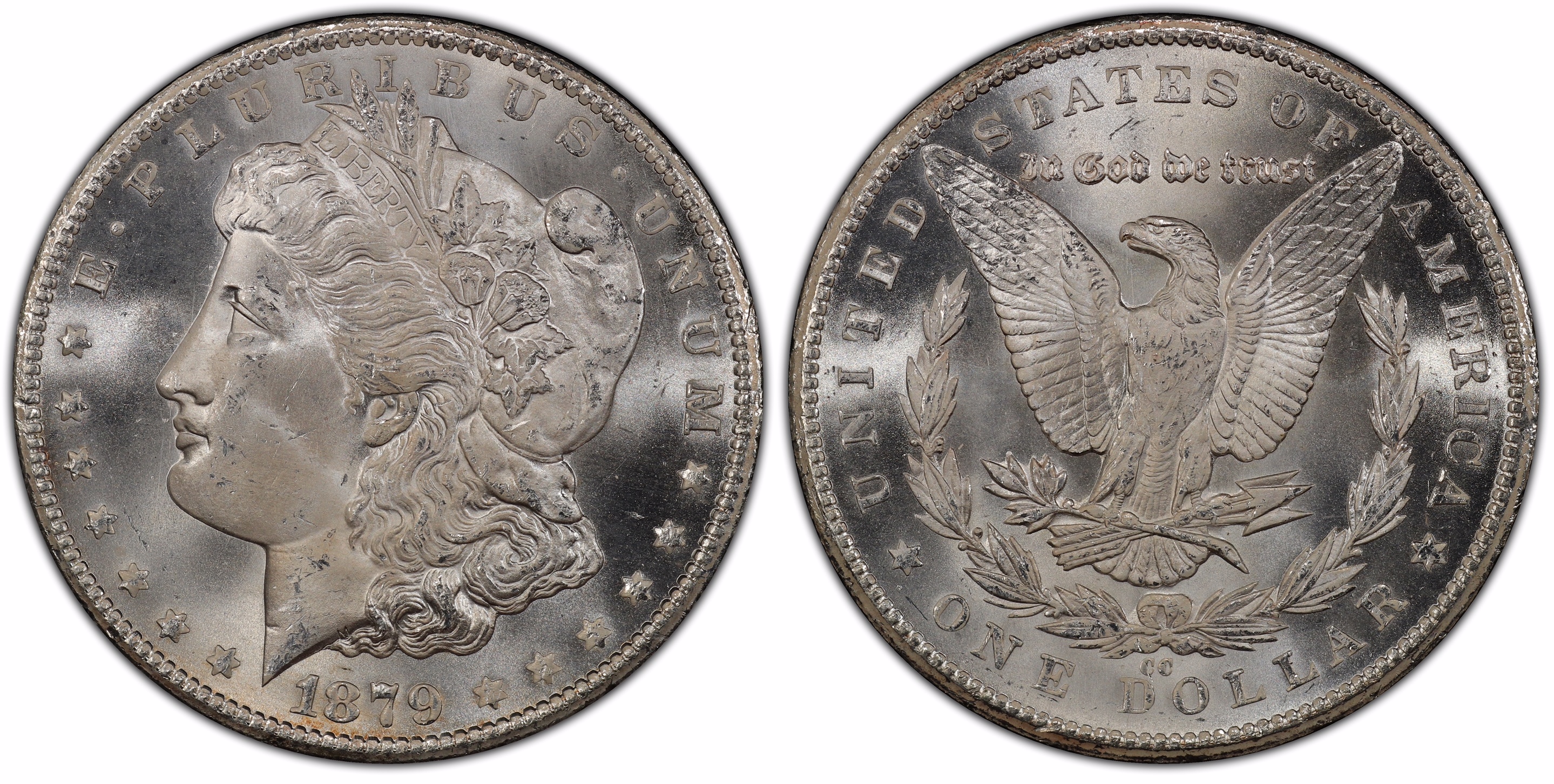 The finest known 1879-CC Morgan dollar, graded MS-66+, is one of the highlights of the Ponderosa Collection of Carson City dollars purchased by Barry Stuppler. Photo courtesy of the Professional Coin Grading Service. Hover to zoom.

The purchase price for the 13-coin set plus a 14th “top pop” CC dollar was $1.2 million. Stuppler arranged for the acquisition by emails while on vacation more than 5,000 miles from his office.

The anonymous former owner of the Ponderosa set is identified as a Nevada collector whose interest in coins began at the age of six with the assistance of his mother, a coin and stamp collector. He purchased his first Carson City dollar in 2008.

“Barry (Stuppler) floated the idea to consider building a set of Carson City Morgan dollars; 13 coins that I had years of pleasure — and sometimes anxiety — reading about, studying, telling others about and pursuing. It was great fun, and Barry has been a wonderful mentor and now also a great friend,” the collector stated.

Professional Coin Grading Service (PCGS) President Don Willis described the Ponderosa CC dollar set as “the finest ever graded by PCGS and with several finest known coins. The collection is a wonderful example of the historical Carson City Mint.”

These are the grades of the 13 coins in the set: 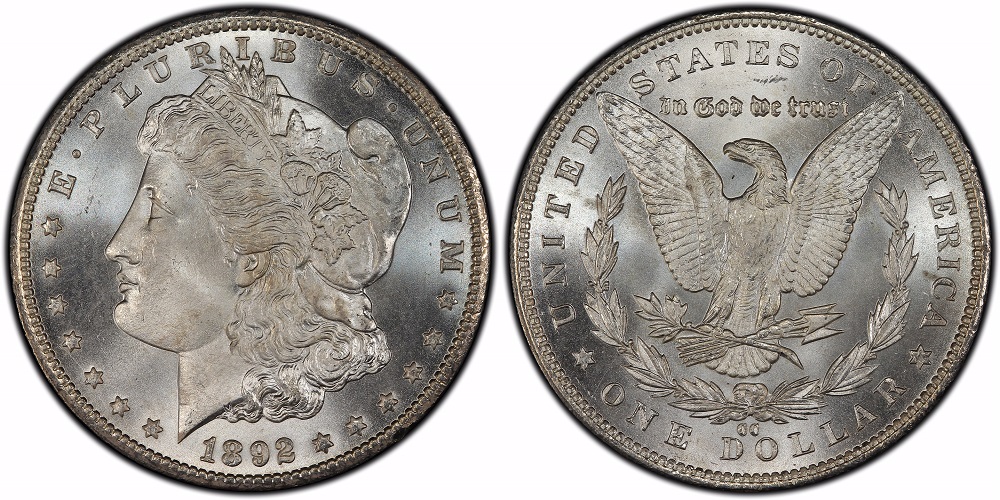 “My favorite Morgan dollar in the set is the 1889-CC (MS-64PL),” said the Ponderosa Collection seller. “I can still remember the day I purchased a PCGS MS-63 example. The price I paid made me aware that I was committed fully to building the finest Carson City set that I could possibly afford. I regret that I was never able to obtain the single MS-65 1899-CC Morgan that is still a part of the California Collection.”

What will happen now to the Ponderosa CC Morgan dollars set?

“As part of our company policy, we are going to give our current clients on the PCGS Carson City Morgan dollar registries the first chance to acquire these coins to improve their collections. Whatever coins may remain will be offered on our website,” said Stuppler, President of the Professional Numismatists Guild and a former President of the American Numismatic Association.


The seller plans to divide his proceeds between assisting his family, acquiring more coins and fulfilling a long-time desire to be in the entertainment industry.

“Building the Carson City collection was great fun and an exciting numismatic learning experience. One of my primary goals, when I started, was to make this collection the all-time finest pedigree collection on the PCGS Set Registry. With the help of Barry, I was able to achieve this goal, and you can’t get much better. So, now I’m looking at other areas of numismatics that I can achieve the same goal.”

He added: “I do have a few other interests that are still hanging around at the bottom of my bucket list. I studied movie production during my college years and beyond. Recently I formed a production company with two fantastic friends in the industry and am looking forward to producing one or more full-length theatrical release movies.”

For additional information about the Ponderosa Collection, contact Barry Stuppler at 818-592-2800.