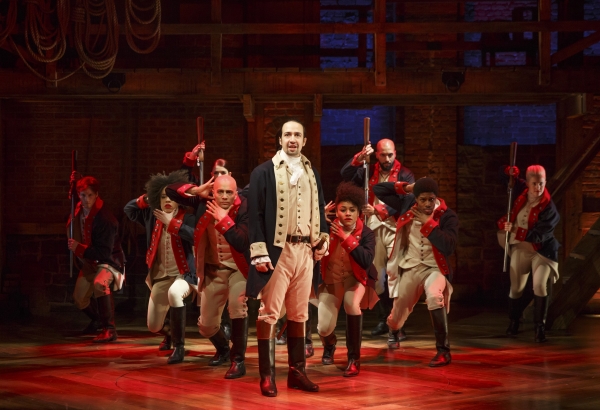 The $10 bill has been the subject of much discussion lately as the Treasury gets ready to re-design the note in order to better protect it from counterfeiting. Of particular interest has been Treasury Secretary Jack Lew’s stated openness to adding a portrait of a woman to the denomination.

A spirited conversation followed the suggestion, with many commenters up in arms at the prospect of the $10 bill carrying an image of someone other than the co-author of The Federalist Papers. And when the Treasury implied that Hamilton would stay on the bill even as a woman was added, some advocates voiced their frustration that the woman selected for the honor would have to share the note.

Fast-forward a year and the legacy of Alexander Hamilton has found a surprising proponent on Broadway. Hamilton the musical was first performed in early 2015 and has since blown up into a cultural phenomenon. Using Alex Chernow’s biography of Hamilton as a guide, actor and composer Lin-Manuel Miranda re-imagined the founding father’s life story with a modern sensibility and a hip hop soundtrack, and has been rewarded with over-the-top ticket sales, rave reviews, and several awards.

This has led to a resurgence of interest in Hamilton the man, and Miranda spoke up for his subject in a recent meeting with none other than Secretary Lew himself.

The New York Times provided the following quote from a Treasury spokeswoman regarding the meeting:

“On Monday, Secretary Lew welcomed Lin-Manuel Miranda to the U.S. Department of the Treasury. The Secretary and Miranda talked about the enduring mark Alexander Hamilton left on our nation’s history and the Secretary provided a brief tour of Hamilton’s possessions and portraits on display at the Treasury Department. The Secretary thanked Miranda for the ingenious way in which he has been able to tell Hamilton’s story and ignite a renewed interest in one of our nation’s founding fathers. Sec. Lew also reiterated his commitment to continue to honor Alexander Hamilton on the 10 dollar bill.”

I talked to @USTreasury about this on Monday. Sec. Lew told me “you’re going to be very happy.” #wegetthejobdone https://t.co/ZkLFuSmz8M

Secretary Lew also reiterated that Hamilton, the nation’s first Secretary of the Treasury, is one of his heroes. So whether or not Hamilton’s place on the 10 was ever in question, it’s now looking increasingly clear that he’s not going anywhere.