In an earlier post, “Agreeing to Disagree on Grades,” I challenged two grades by NGC and PCGS, respectively–a 2000-W Library of Congress bimetallic $10 platinum and gold piece, graded MS69, and an 1879-S Morgan reverse of 78 crossover graded AU58.

The bimetallic coin was proof, not mint state. The 1879-S coin had been in an ICG Holder, originally graded MS63.

I asked NGC to re-grade the Library of Congress piece, predicting the company would dub it PF69, even though I thought it might be flawless. I was not disappointed–PF69, it was. I had to fill out forms for mechanical error, resubmit at $16.20 postage, and wait several weeks for the coin’s return.

NGC has promised to credit my account for the postage.

I not only challenged the PCGS grade, but also sent in another coin, an 1886-S, graded immediately after the 1879-S, according to the certification number. That, too, was in an ICG holder, originally graded MS63. How could PCGS explain a four- and five-point disparity when strikes of 1879-S coins are typically stronger than 1886-S Morgans?

PCGS handled my disagreement extraordinarily professionally. Its top grader reviewed the case and noted a small rub on the obverse that was responsible for the AU58 designation. The challenge cost me around $50, for resubmission, postage and fees.

There is a rub, easily overlooked. This speaks well of PCGS standards, and I accept the verdict. 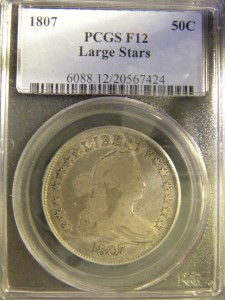 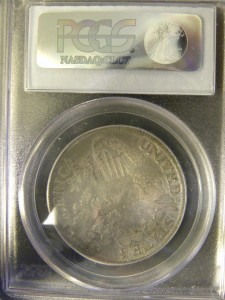 During this situation, another PCGS coin was returned with the wrong label. The year 1807 for half dollars is a crossover date from Draped to Capped Bust. My 1807 Draped Bust was returned with a Capped Bust label, graded F12, even though the coin actually still has a trace of luster on the reverse.

A PCGS representative asked to see photos of the coin, which I sent; he passed them along to a grader who reported that the coin, indeed, was a Draped Bust with a rotated reverse die.

The PCGS rep requested that I send the coin directly to him as a mechanical error submission, and he would see that it received a fresh grading.

In the end, errors do happen. In the digital age, we combine human with technological errors. When a grading company makes a mistake, as happened here, it not only should be challenged; the company should provide an incentive–such as a coupon for free grading–for the time and trouble it takes to identify, notify, fill out forms and mail in order to rectify their errors.