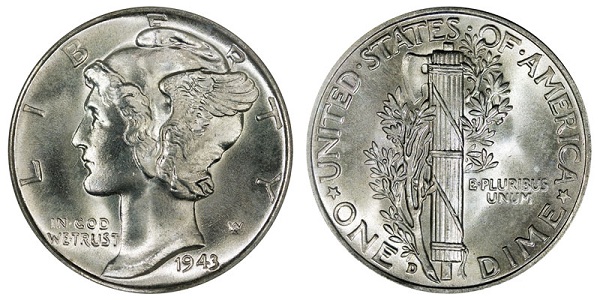 With the 2016 Gold Mercury Centennial Gold Coin due to be launched by the U.S. Mint tomorrow, April 21, it’s a good time to look back and consider the original design. The letter below was sent by the coin’s designer, Adolph A. Weinman, to Frank G. Duffield, editor of The Numismatist. Those interested in the history of the Mercury (or Winged Liberty) dime will appreciate reading Weinman’s thoughts on his obverse and reverse designs, which were published in the magazine in December of 1916.

The following letter and facts were compiled with the help of A Guide Book of Mercury Dimes, Standing Liberty Quarters, and Liberty Walking Half Dollars by Q. David Bowers.

In response to your letter of November 14, requesting a word of explanation as to my reasons for selecting a winged female head for the design of the obverse, and the fasces for the reverse of the new dime, permit me to say that the law on the coinage of the United States stipulates that on all subsidiary coins there shall appear upon the obverse a figure or representation of Liberty. Hence the head of Liberty, the coin being obviously too small in size to make the representation of a full-length figure of Liberty advisable.

The wings crowning her cap are intended to symbolize liberty of thought.

As to the reverse of the dime, the law does not stipulate what is to appear upon this side of the coin, while it does specifically state that upon the reverse of the quarter dollar and the half dollar shall appear the figure of an eagle.

I have selected the motive of the fasces and olive branch to symbolize the strength which lies in unity, while the battle-ax stands for preparedness to defend the Union. The branch of olive is symbolical of our love of peace.

Another fact worthy of note is that 1916 Mercury dimes were made in higher relief than subsequent issues. According to Q. David Bowers, this aspect of the design caused the coins to have problems with coin operated machines. The Mint then lowered the relief “in the hair curl over Miss Liberty’s ear” along with the “front or leading edge of the wing.”

Mercury dimes measure 17.9 mm in diameter, the same as the current Roosevelt dime. This is also the same size as the Liberty Seated and Barber dimes produced from 1837 to 1916; dimes struck before 1837 were slightly larger.

More information on the classic 1916 circulation coins celebrating their 100th anniversary this year can be found in A Guide Book of Mercury Dimes, Standing Liberty Quarters, and Liberty Walking Half Dollars.