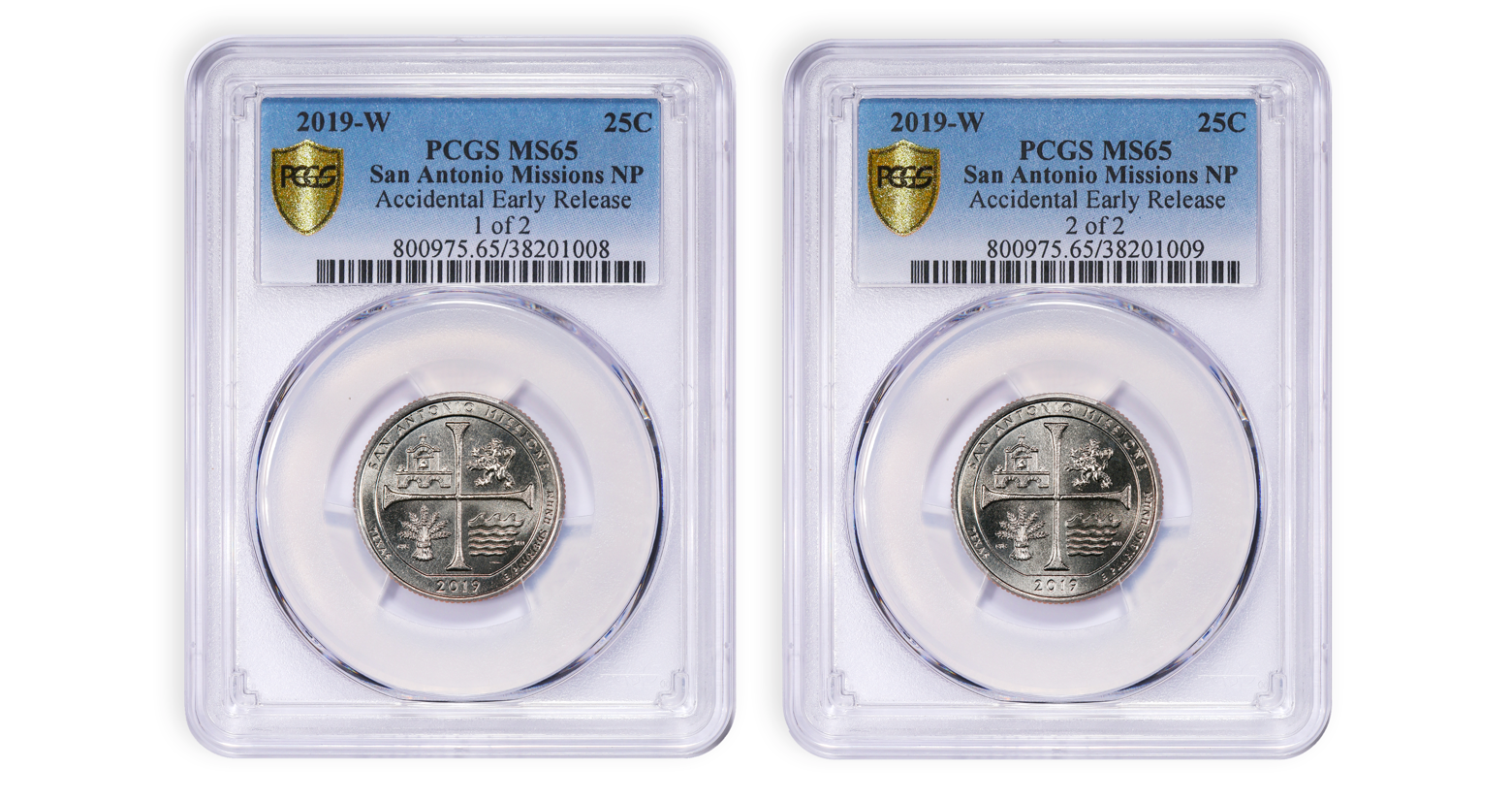 Coin surprisingly discovered in Texas a week before official release

(Santa Ana, California) August 23, 2019 — Even though the 2019 America the Beautiful series San Antonio Missions National Historical Park quarter-dollars were not scheduled to be released into circulation until August 26, a lucky collector in Texas unexpectedly discovered rolls of them — including two coveted West Point mint mark examples — a week early.

He submitted the 2019-W San Antonio quarters to Professional Coin Grading Service (PCGS) for certification. PCGS has since given these two coins a special pedigree on the insert labels, Accidental Early Release, and graded both PCGS MS-65.

The collector, identified only as “Michael V,” a manager of a BBQ food truck company from Lewisville, Texas, told PCGS he obtained a box of quarters from a Wells Fargo Bank branch in nearby Grapevine on August 20, 2019. He was thrilled when he opened it and saw it contained fresh rolls of the new San Antonio quarters which were not scheduled to be released by the Federal Reserve until six days later.

“Michael told us he began collecting less than a year ago and was inspired to search for coins by watching roll-hunting videos on YouTube,” said PCGS President Brett Charville. “He said he loves ‘the concept of getting more value from something you get from the bank.’ His pre-release discovery of these coins proves yet again that the hunt is always on.”

The collector even made his own video recording as he started searching through the San Antonio quarter rolls.

“Oh, my God! It’s here! Oh, my God!,” he exclaimed as he realized one of the quarters in the first roll he opened had a “W” mint mark on the obverse just below IN GOD WE TRUST.

In the background, his young daughter can be heard asking, “Did you win?” and sharing her father’s excitement.

Only two million West Point 2019 San Antonio quarters will be released into circulation.

As part of its Quarter Quest promotion, PCGS is still offering a reward for the first 2019-W San Antonio quarter found in circulation on or after the official release date of August 26, 2019. The first coin(s) to arrive in-house on that date will receive a First Discovery pedigree and the submitter is eligible to receive the $2,000 bounty. See the website of PCGS for complete information and rules.

According to a news release on the United States Mint website, the Mint is opening sales for products featuring the 2019 America the Beautiful Quarters Program coin honoring San Antonio Missions National Historical Park in Texas today.

The obverse of the coins has the familiar design depicting President George Washington. 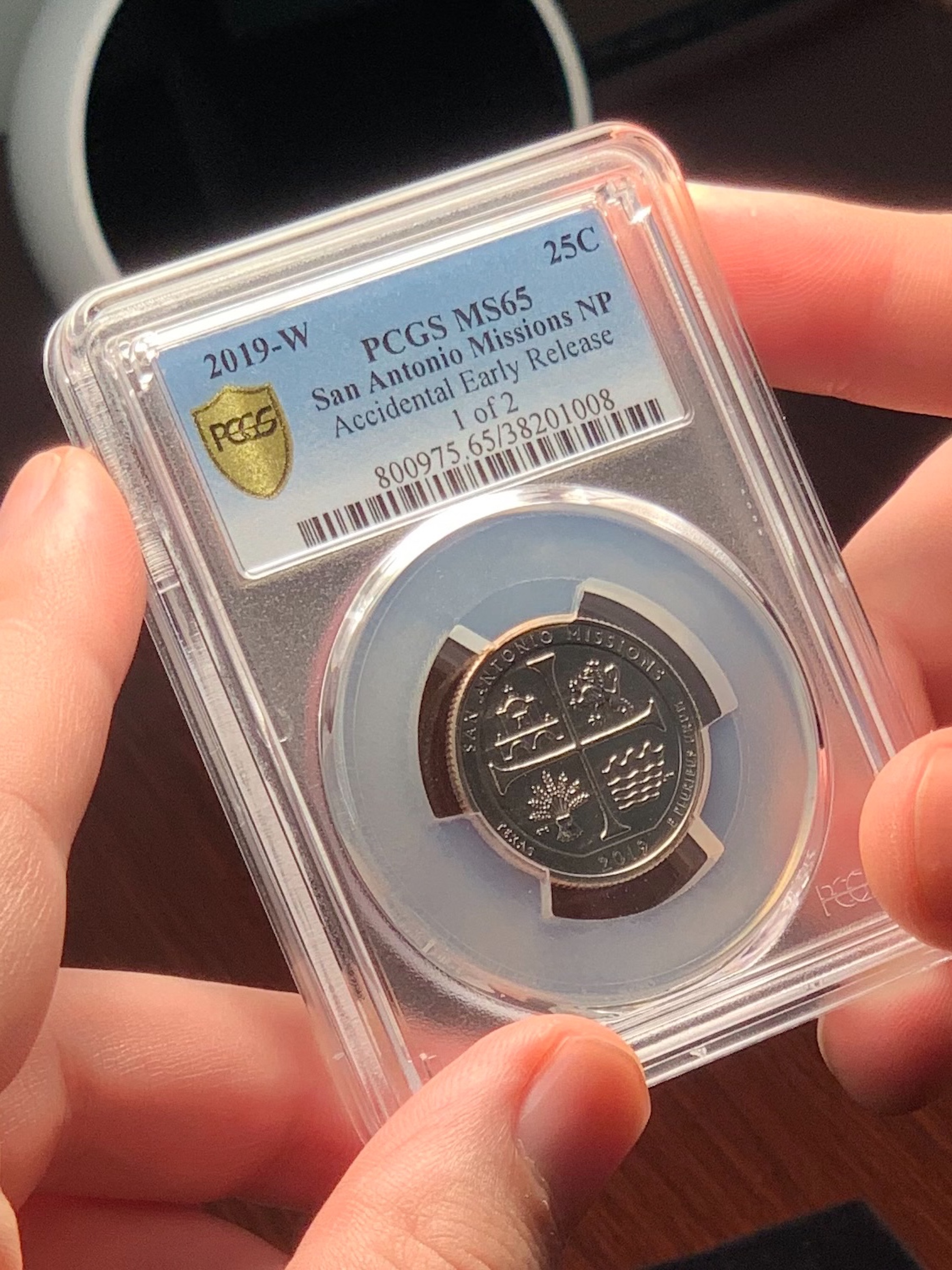 For information about PCGS products and services, including how to submit your coins for authentication and grading, visit PCGS online or call PCGS Customer Service at (800) 447-8848.