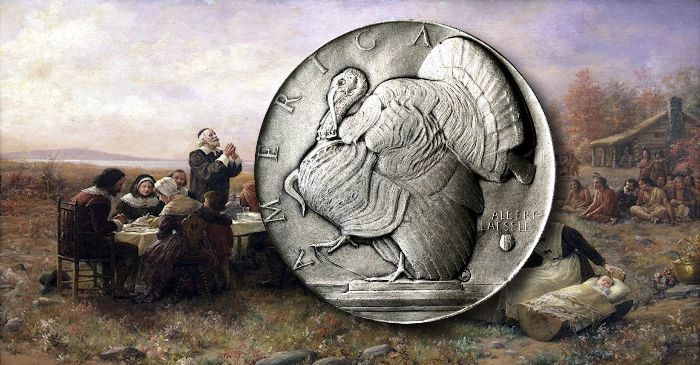 Recently, Stack’s Bowers held a successful auction at the 2017 Whitman Coins & Collectibles Winter Expo in which over $15.4 million worth of coins and paper money were exchanged. In a rather apropos fashion, Stack’s Bowers provided a bountiful selection of numismatic memorabilia very close to the year’s most bountiful holiday: Thanksgiving. In my own browsing of Stack’s Bowers Galleries, I happened across a relevant gem for the holidays: A 1934 Choice Uncirculated Abundance silver coin in lot 6347. The coin was designed by Albert Laessle and only 125 of them were ever struck. The striking beauty of the coin immediately swept me off my feet. 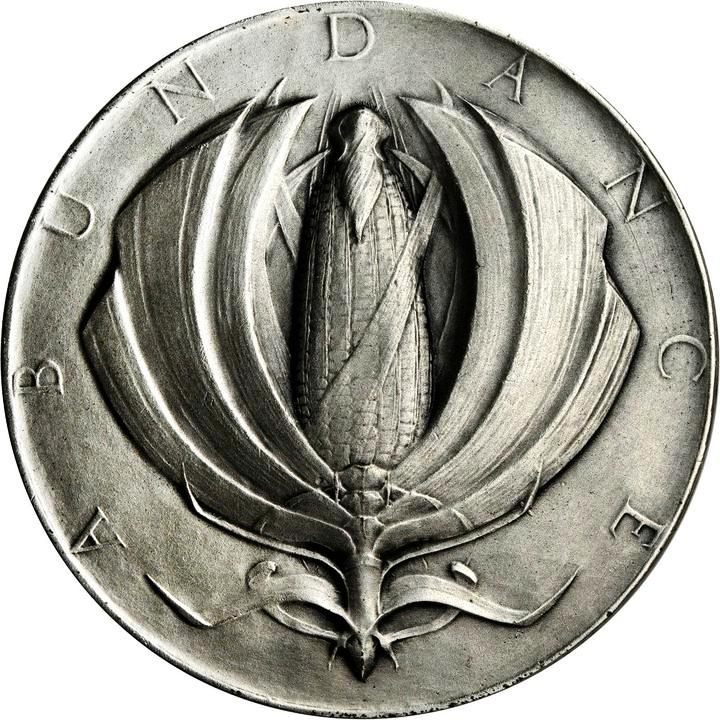 On the obverse, we are treated to a gorgeous ear of corn reminiscent in style to the French fleur-de-lis, with an inscription encircling the top perimeter of the coin reading ABUNDANCE. 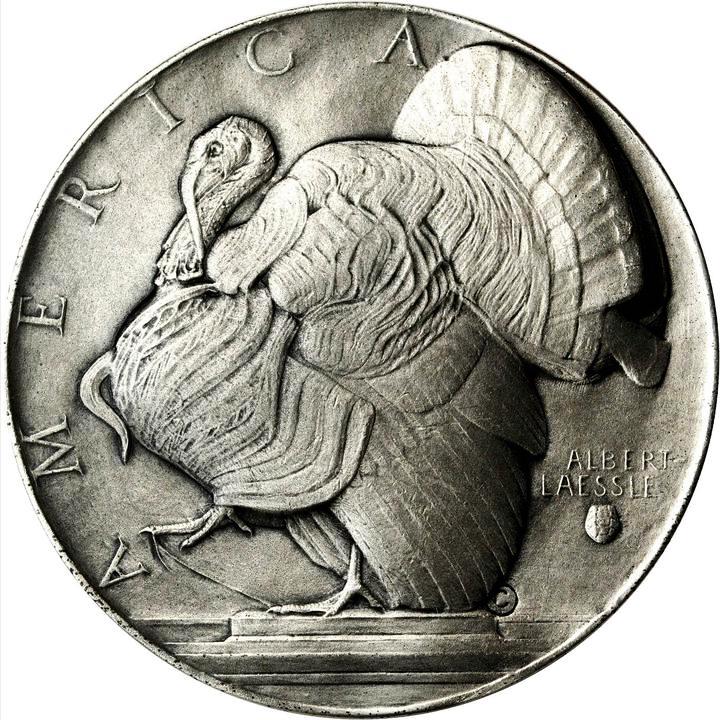 The reverse of the coin was even more majestic, featuring a proud turkey with outstretched breast strutting gallantly toward an unseen objective. The word AMERICA is displayed in the upper-left quadrant of the coin, while ALBERT-LAESSLE claims the lower-right.


While there is an ongoing insistence in the ether of public discourse that Benjamin Franklin himself argued for the turkey to become the national bird instead of the bald eagle, no documented evidence of him arguing for this in legislation actually exists. However, a personal letter that he wrote to his daughter does reveal some of his thoughts on the matter:

For my own part I wish the Bald Eagle had not been chosen the Representative of our Country. He is a Bird of bad moral Character. He does not get his Living honestly. You may have seen him perched on some dead Tree near the River, where, too lazy to fish for himself, he watches the Labour of the Fishing Hawk; and when that diligent Bird has at length taken a Fish, and is bearing it to his Nest for the Support of his Mate and young Ones, the Bald Eagle pursues him and takes it from him.

With all this injustice, he is never in good case but like those among men who live by sharping & robbing he is generally poor and often very lousy. Besides he is a rank coward: The little King Bird not bigger than a Sparrow attacks him boldly and drives him out of the district. He is therefore by no means a proper emblem for the brave and honest Cincinnati of America who have driven all the King birds from our country…

I am on this account not displeased that the Figure is not known as a Bald Eagle, but looks more like a Turkey. For the Truth the Turkey is in Comparison a much more respectable Bird, and withal a true original Native of America… He is besides, though a little vain & silly, a Bird of Courage, and would not hesitate to attack a Grenadier of the British Guards who should presume to invade his Farm Yard with a red Coat on.

I myself fell prey to this myth before reading more into it as well. An article from the Smithsonian describes how this misunderstanding was partially fueled by the New Yorker exaggerating Franklin’s position on the matter by printing a cover with a stylized turkey on it as an approximation of what our currency would look like had the Thanksgiving fowl been our national symbol instead. Regardless of our opinions on what would make the best national bird, it is still interesting to see that there are an abundance of coins out there which pay tribute to the nation’s early history.