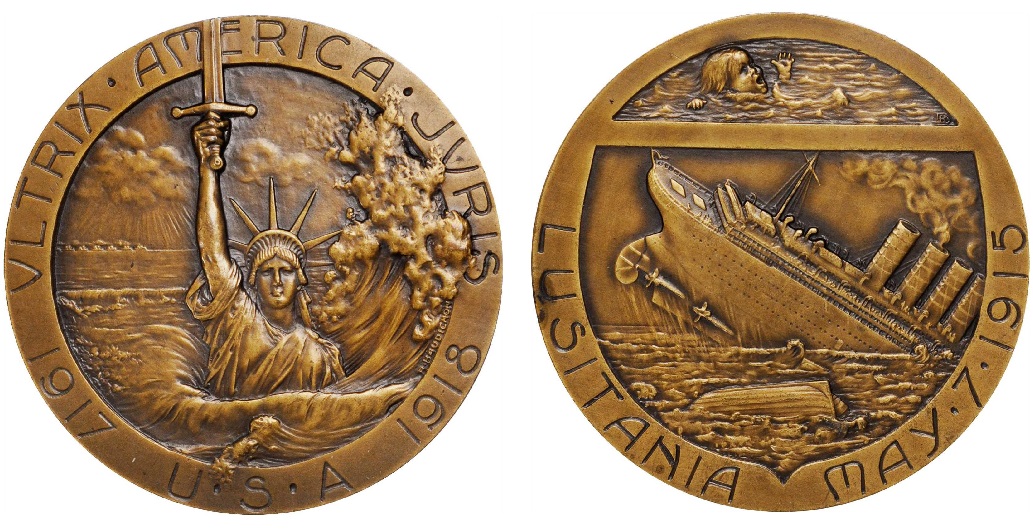 Stack’s Bowers Galleries is excited to present a special April Collectors Choice Online (CCO) auction of over 160 lots of exonumia. These pieces represent three different topics: The works of Jacques Wiener mostly comprising his famous, intricately engraved architectural series; World War I medals from a variety of issuers on each side of the great conflict, and the massive opera of Karl Goetz, ranging from historical to satirical themes.

Starting off this incredible sale are numerous offerings from the brothers Wiener, led mostly by Jacques. During the mid-19th century, the Wieners were responsible for some of the most detailed and engaging architectural medals produced, and their craftsmanship makes them popular even today, with many collecting them serially. Highlights of this section include renditions of the Hagia Sophia in Istanbul, St. Isaac’s Cathedral in St. Petersburg, and the Cathedral Notre Dame in Strasbourg (graded PCGS SPECIMEN-65).

In the World War I section, there are numerous solemn reminders of the battles fought and the lives lost, along with a variety of interesting and unusual images. These include a medal celebrating America as avenger for the lives lost on the Lusitania, a piece reinforcing the “crusade-like” nature of the war effort with a U.S. soldier slaying a dragon while Christ casts his approval, and a well engraved, highly artistic French medal portraying a flying personification of Victory over one of the earliest depictions of a tank in numismatics.

Rounding this sale out is its largest section — an incredibly spectacular selection of the works of famed Munich-based medalist, Karl Goetz. While he is most famous for his satirical issues, his output comprises much more than merely poking fun at contemporary issues. Works such as “Egypt Awakening“ and “Germany’s Crucifixion“ do satirize some of the events during and after World War I. Others are more personal, such as an oval medal commemorating his own marriage — featuring himself and his wife — and still others look at events important to Germany, either culturally or temporally, like the Oberammergau Passion Play and the XI Olympiad held in Munich in 1936. One of the more unusual and moving medals, however, is from late in Goetz’s series. The “Revelations of John the Evangelist“ alludes to a passage in the Book of Revelations, whereby the anti-Christ can be seen through the number “666.” On the reverse of the medal, Goetz presents an alphabet table, assigning a number to each letter. It can’t be lost upon anyone that this medal, dating to 1945, achieves the “number of the beast” when adding those assigned to the letters which spell ‘Hitler,’ an obvious play by Goetz to portray contemporary sentiments toward the end of World War II.